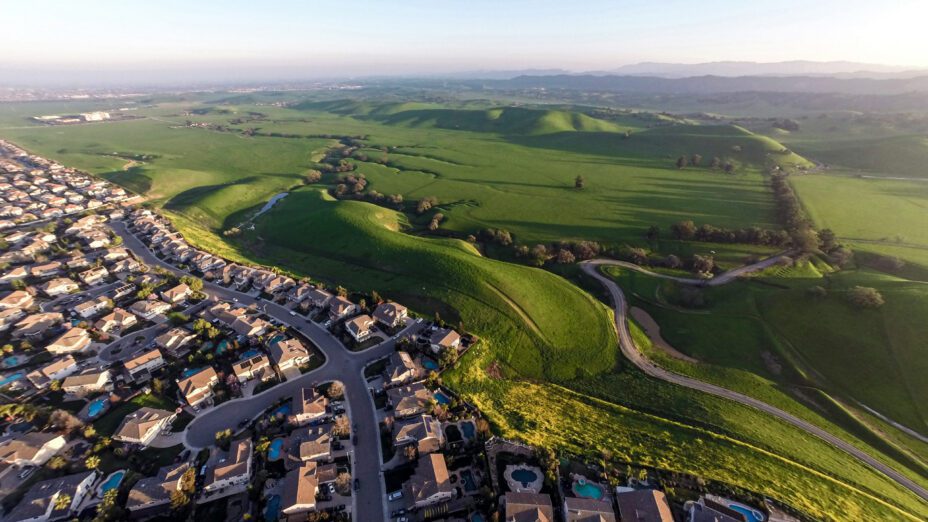 Antioch residents, please contact the Antioch City Council and ask them to incorporate Measure T’s protections into Antioch’s General Plan! Click here, and a pre-written email will be created for you to send. 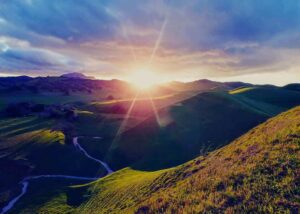 Located in the southern Antioch, the Sand Creek area stretches across several square miles and is the largest remaining continuous stretch of undeveloped land in Antioch. It has beautiful hills, an important creek, and serves as rare plant and animal habitat. Rare animals like the elusive American badger have been found here. 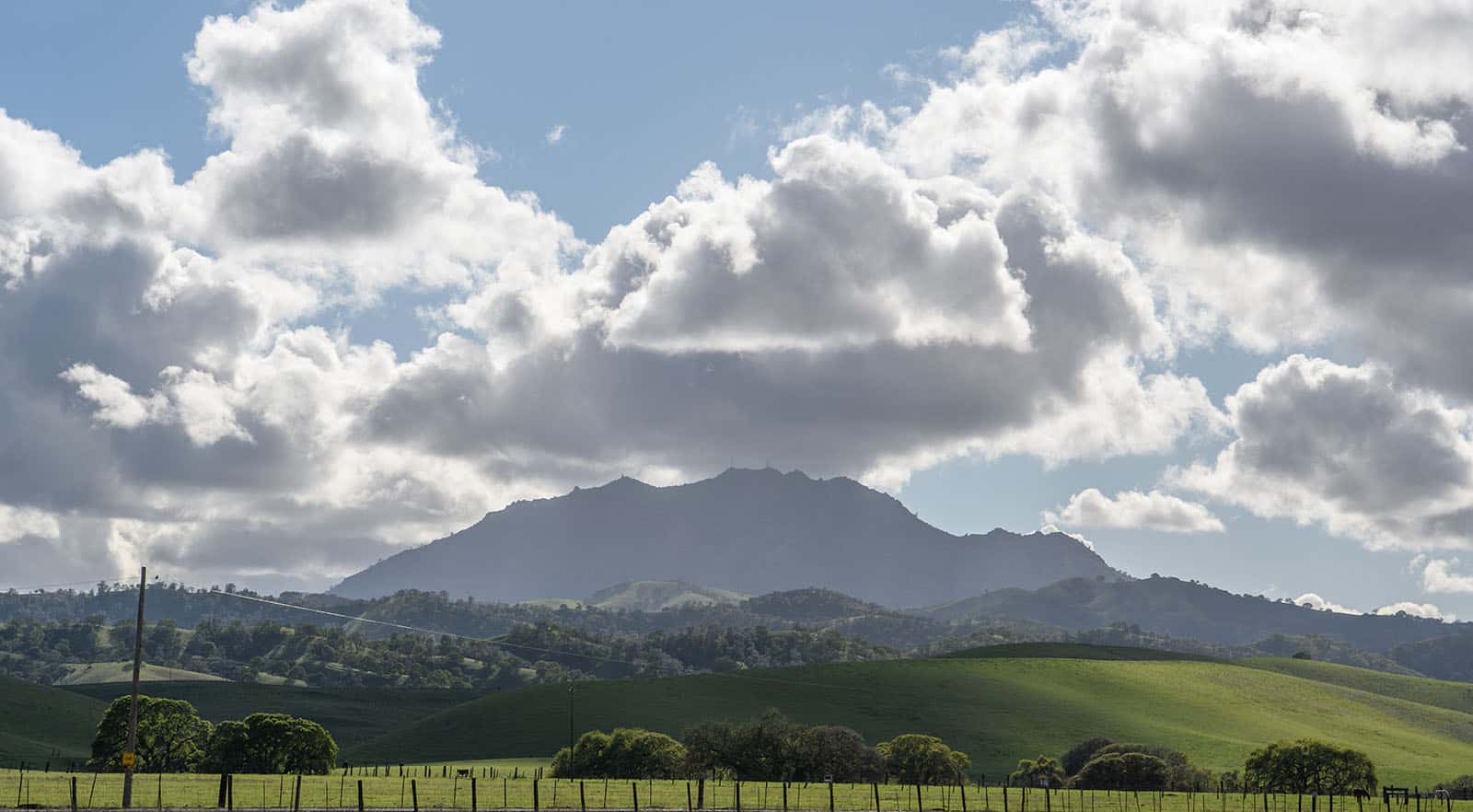 In early June 2021, the Contra Costa Superior Court struck down most of Measure T, a measure that protected the Sand Creek area. The measure, “The Let Antioch Voters Decide” initiative, was heavily backed by the public with 79 percent of Antioch voters supporting the measure.

The court preserved the Urban Limit Line but nullified the rest of the measure. Developers can propose development within and around the Sand Creek area. However, their projects require General Plan amendments, which the Antioch City Council can reject.

Now, we are asking the Antioch City Council to stand with 79 percent of Antioch voters to protect Antioch’s wildlife and open space, by enacting Measure T and adding the measure’s provisions to the Antioch General Plan.

The Antioch Community to Save Sand Creek 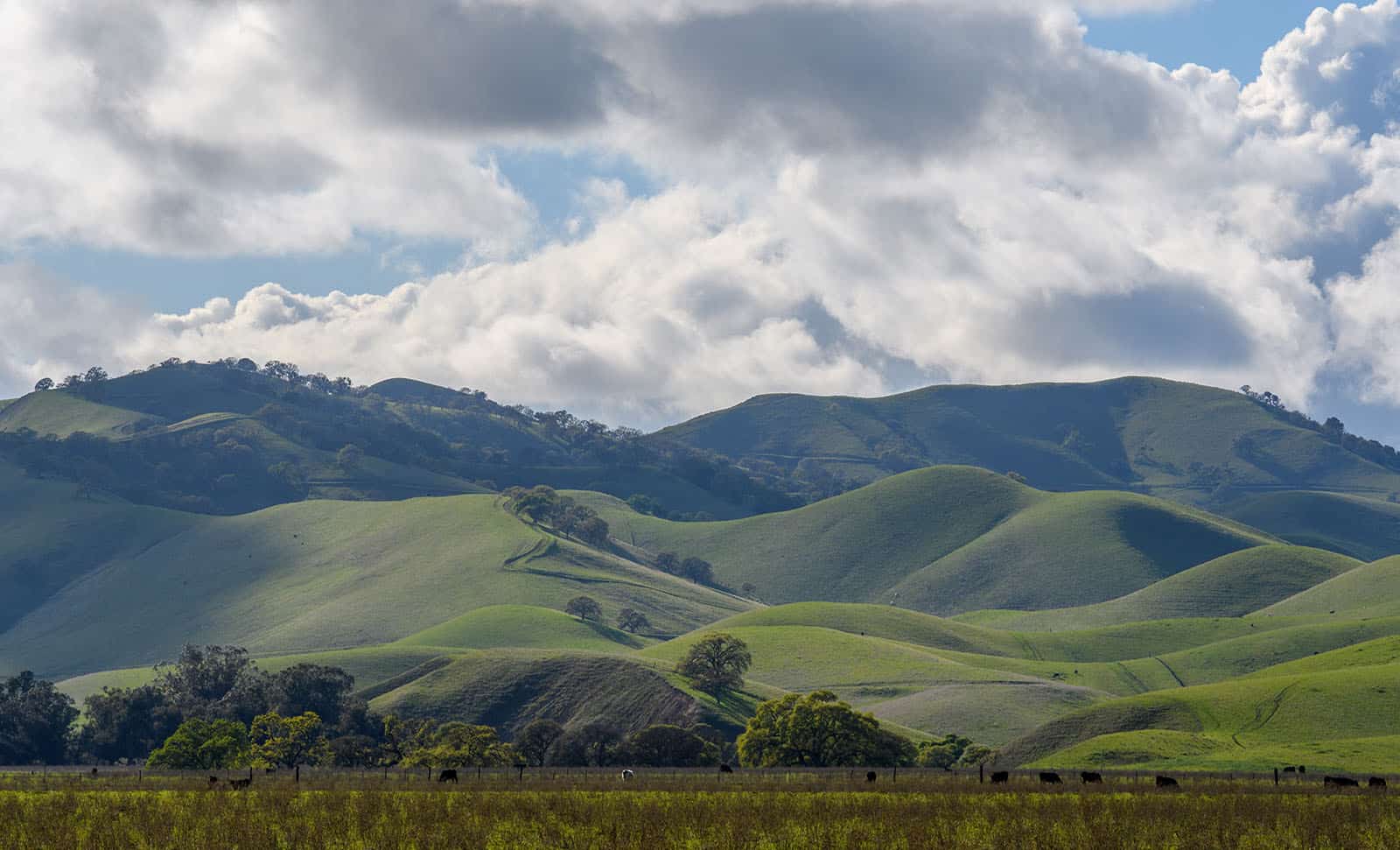 Antioch has grown incredibly fast these past 15 years or so. In a city that now has more than 114,000 people, about 43 percent of residents have moved there since 2005.

For years, Antioch has been considering building thousands of new houses in the Sand Creek area south of Lone Tree Way—stretching west from the edge of Brentwood, past Deer Valley Road and Kaiser Hospital, past beautiful Empire Mine Road, all the way to Black Diamond Mines Regional Preserve. 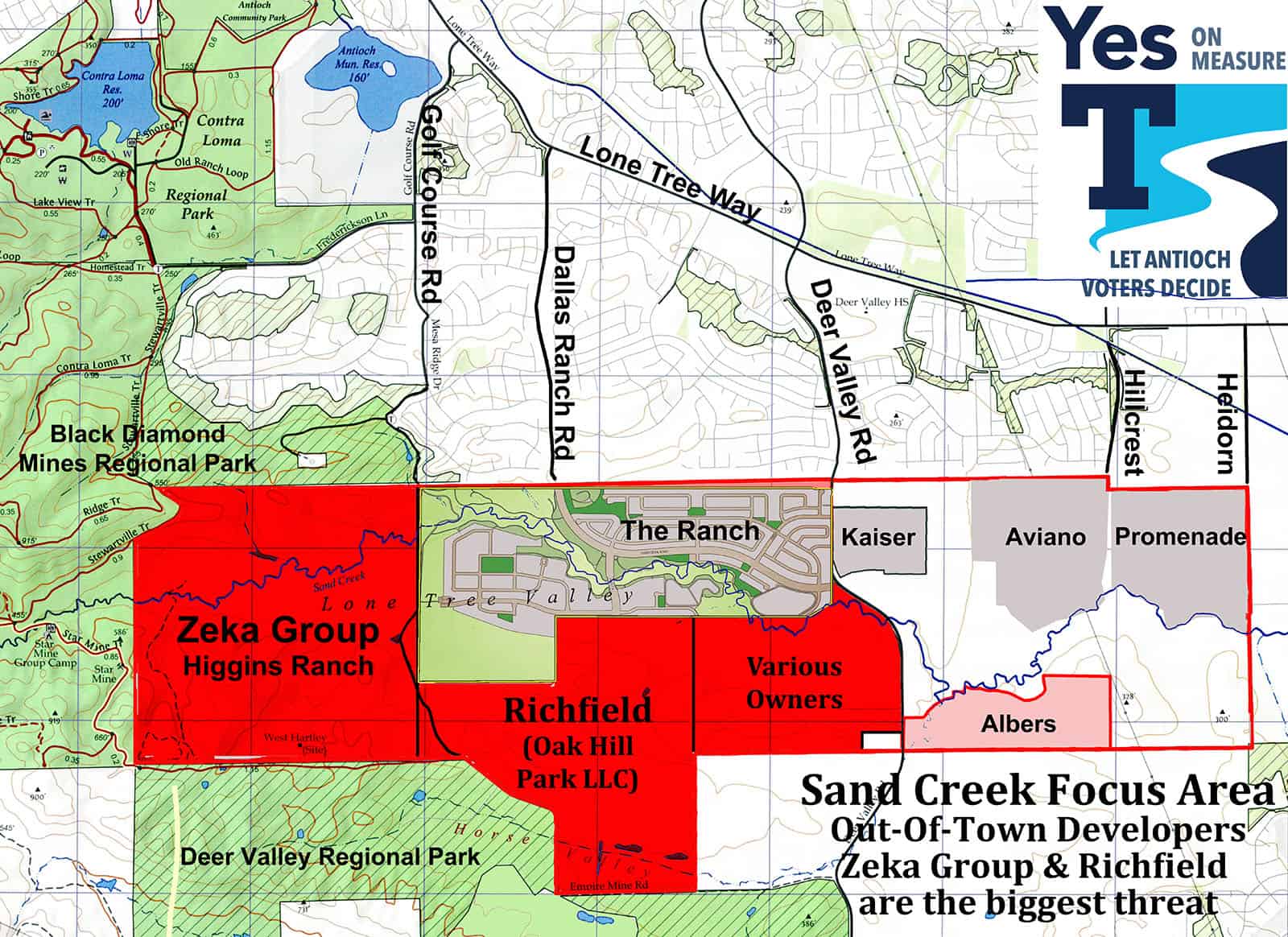 Development started at the eastern end because that’s where utilities were easiest, including Kaiser Hospital and the Aviano and Promenade housing projects. In 2015, developers started proposing projects west of Kaiser.

In spring 2018, Save Mount Diablo and our coalition of residents and community organizations formed the Antioch Community to Save Sand Creek. Soon after we began qualifying our “Let Antioch Voters Decide initiative,” also known as Measure T, for the ballot. The initiative included growth management provisions for the Sand Creek area in southeast Antioch and extended protections for the Antioch Urban Limit Line.

Soon after we started collecting signatures in March 2018, Richland Communities, a reasonable developer, proposed an overlapping initiative that would have allowed an improved version of their “The Ranch” project but also protect most of the Sand Creek area and the Urban Limit Line like our initiative would.

It was kind of an insurance policy if our initiative didn’t pass or was struck down in court. And it required them to have that longer conversation with the community and to include more public benefits to convince voters to sign their initiative petitions. Nine thousand Antioch voters signed each initiative—ours and Richland’s—and a majority of the Antioch City Council adopted both initiatives into law in summer 2018 to save on election costs.

We knew bad developers would try to stop us, and they have tried. Two of them, Zeka and Richfield (more about them below), legally challenged both initiatives—which has delayed the voters’ intentions considerably. The courts threw out Richland’s initiative, and told the Antioch City Council to put ours on the November 2020 ballot.

Not only did the Antioch City Council put our LAVD Initiative on the November 3 ballot, but they also endorsed it, formally giving their support to “Let Antioch Voters Decide.” Despite support from the public, the city council, and community organizations, Zeka and Richfield developers opposed us. 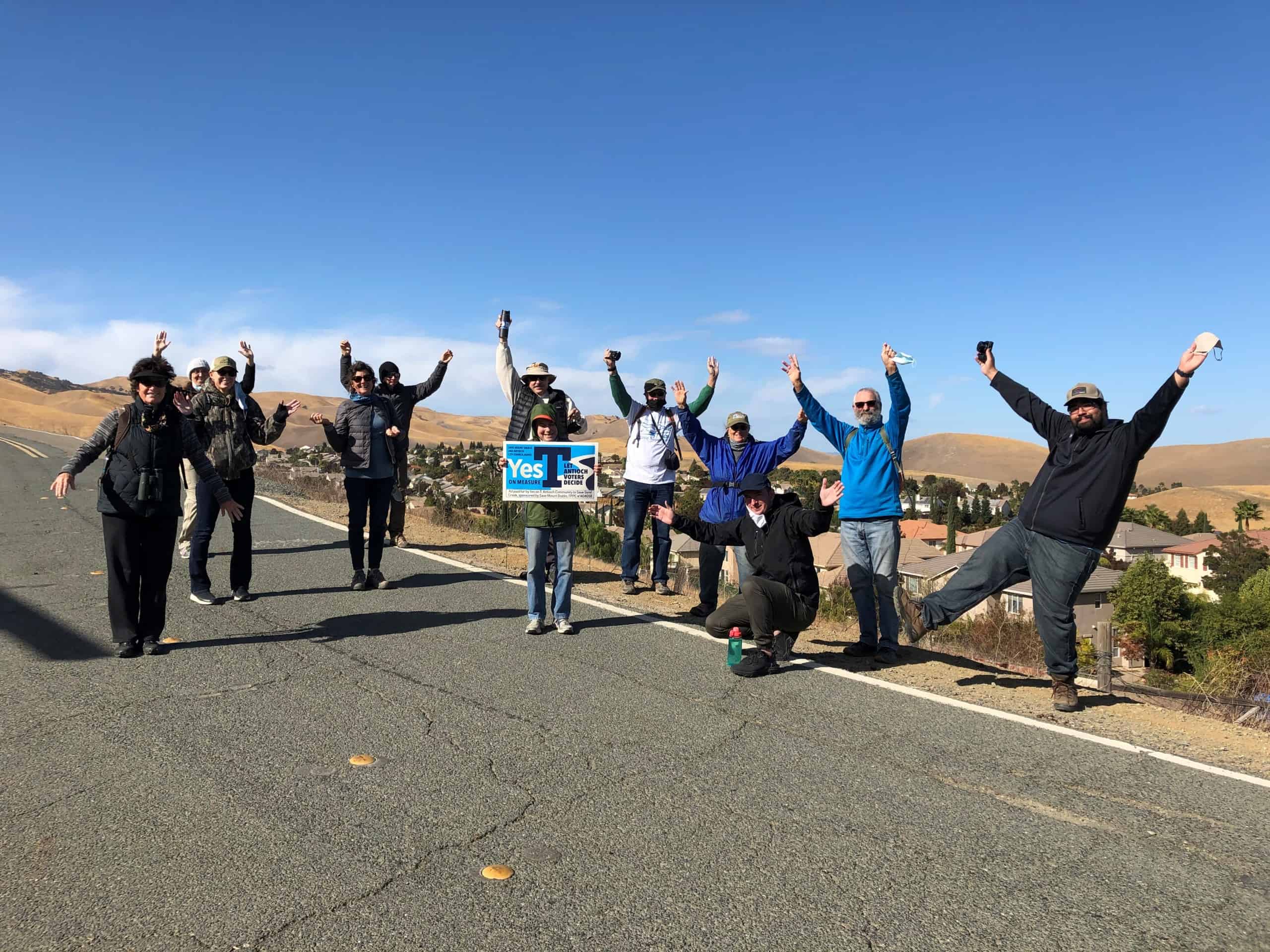 Measure T won by a landslide. Despite big spending out-of-town developers trying to oppose the measure, we received a 79 percent yes vote on Measure T to manage growth in a three-square-mile area east of Black Diamond Mines to protect Antioch’s Urban Limit Line, Sand Creek, and Empire Mine Road.

“This is a mandate for managing development more carefully in Antioch and for voters to have a say in development,” said Seth Adams, Save Mount Diablo’s Land Conservation Director, who led a coalition of allies in the campaign.

While Measure T was in court, one developer chose to follow our initiative recommendations and will protect 250 acres on-site, dedicate seven miles of new trails in the Sand Creek area, and protect another 1,040 acres a mile away.

Richfield/Oak Hill Park Co. is a southern California developer that owns about 420 acres of land in the southernmost part of the Sand Creek area. This land crosses the beautiful hills from the Lone Tree Valley to Horse Valley, and between Deer Valley Road and Empire Mine Road.

We’ve been working on getting the word out about what’s going on in the Sand Creek area for years, but this developer and speculator hasn’t said a word about any of it up until very recently. They never had an active project in the area and never tried to engage with our coalition, the Antioch Community to Save Sand Creek, or the larger Antioch community.

Likewise, the Zeka Group never engaged with the coalition either. They own the most beautiful and sensitive part of the Sand Creek area, the 640 acres west of Empire Mine Road. That land is surrounded on three sides by Black Diamond Mines Regional Preserve and the new regional park to the south, Deer Valley Regional Park.

The Zeka Group has their office in Burlingame—but their money and investors come from China. They’ve been approached many times by conservation allies and even other developers to talk about buying their land to protect it, but they’ve never been interested in anything but building tons of houses.

The main takeaway is, Richfield/Oak Hill Park Co. and Zeka Group want to develop thousands of additional houses in the Sand Creek area. However, their projects require General Plan amendments, which the Antioch City Council can reject.

Please ask the Antioch City Council to stand with 79 percent of Antioch voters to protect Antioch’s wildlife and open space, by enacting Measure T and adding the measure’s provisions to the Antioch General Plan.

Antioch residents, please contact the Antioch City Council and ask them to incorporate Measure T’s protections into Antioch’s General Plan! Click here, and a pre-written email will be created for you to send.

Sign up for our newsletter, Let Antioch Voters Decide, for updates

Read our eight-page report on what’s happening in Antioch: 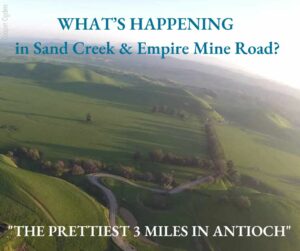