Land Use Planning and Advocacy

Founded in 1971, Save Mount Diablo has been instrumental in increasing open space on and around the mountain from 6,788 acres to more than 120,000 acres.

We also helped to create urban growth boundaries, a vital component of countywide smart growth policy. One of the most important ways Save Mount Diablo protects land is not by purchasing it, but by working for the creation and implementation of land use policies that protect open space from development.

Despite our successes, more than 60,000 acres of Diablo and its foothills are still threatened by development.

Urban limit lines (ULLs) may be the most important county-wide land use policy that Save Mount Diablo has helped to succeed.

Basically, ULLs are lines drawn around developed areas or areas that are planned for development that, beyond which, urban-style development cannot occur. So if a city lies on one side of the line and open space is on the other, a city can’t just build a hundred-house subdivision over the line without consequences.

ULLs were first created in Contra Costa County by the county in 1990. Through the years, Save Mount Diablo helped to make them stronger, and in 2000, the county tightened its lines.

In 2004, it was mandated that each city in the county and the county itself had to have a voter-approved ULL in order to receive their share of return-to-source transportation funding. This change was a big boost in the fight to protect open space around Mount Diablo, because to break the lines would put at risk money an entity would otherwise receive.

ULLs are not permanent or immovable. Some ULLs “sunset” (expire) and have to be renewed. If a city or the county wants to move the ULL by 30 acres or less, that can be done by a four-fifths vote of a city council or board of supervisors (depending on which line gets moved).

Urban Limit Lines are an important part of the Save Mount Diablo toolkit, and we are always looking for ways to strengthen them, as well as potential threats that may require us to come to their defense. 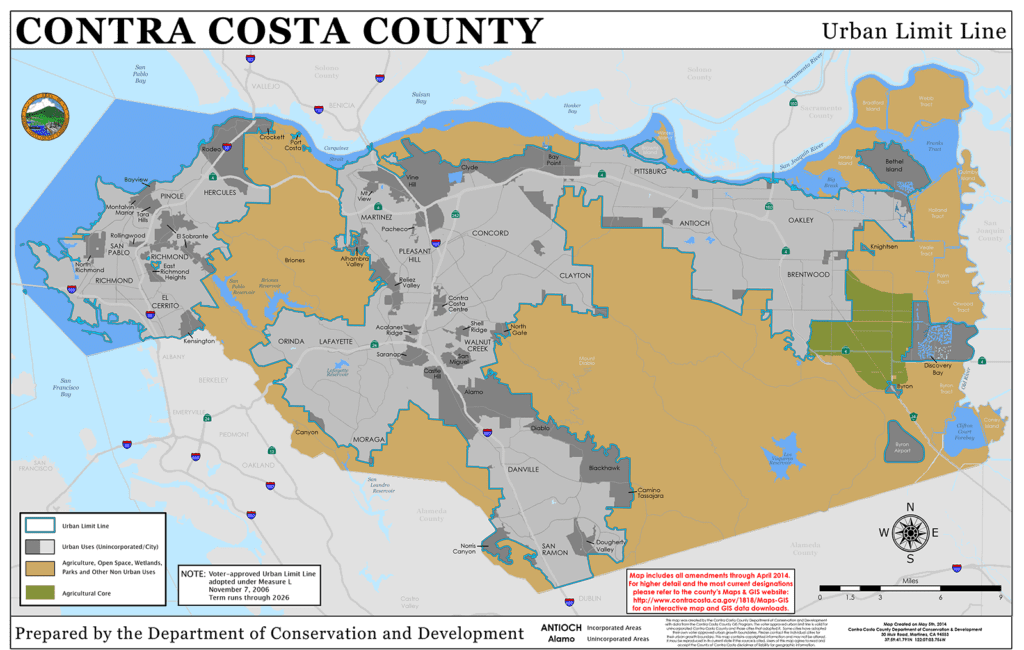 The California Environmental Quality Act (CEQA) is a statute that requires state and local agencies to identify the significant environmental impacts of their actions and to avoid or mitigate those impacts, if feasible. It was passed in 1970 to supplement the National Environmental Policy Act (passed the year before) through state law. Public agencies are entrusted with compliance with CEQA and its provisions are enforced, as necessary, by the public through litigation and the threat of litigation.

Save Mount Diablo makes wise use of CEQA in most of the threats to Diablo open space lands that we defend against. We review project proposals to ensure that the appropriate level of environmental review under CEQA is happening, the analyses a project undergoes are sufficient, the full range of environmental impacts a project will have are fully divulged to the public, and project impacts to the environment are mitigated.

If a project applicant does not comply with CEQA, we recruit legal experts and sometimes even file lawsuits to make sure that its provisions are being enforced. Using CEQA is a powerful way for Save Mount Diablo, allies, and Diablo-region residents to defend the environment.

Land use projects that Save Mount Diablo typically engages in are usually located near or beyond the urban edge; could affect important open space resources, wildlife habitat and movement corridors, creeks, or aesthetics; and may have the potential to affect natural viewsheds. They might also result in land preservation, mitigation, and recreational opportunities. This is usually not the case with infill projects.

In general, we support the concept of infill development. Because infill development does not usually affect the lands that are most significant to the achievement of our mission, Save Mount Diablo does not typically engage in activities related to infill projects. We also recognize that organizational allies, such as Greenbelt Alliance and East Bay Housing Organizations, have greater expertise and an increased focus on development that occurs within the current urban footprint.

However, Save Mount Diablo understands that population growth in the San Francisco Bay Area is occurring. In its draft Plan Bay Area 2040 (released April 2017), the Metropolitan Transportation Commission estimates an additional 819,000 new households will be added to the nine-county Bay Area between 2010 and 2040, an increase of 31 percent.

In the 10 cities adjacent to Save Mount Diablo’s area of interest and in unincorporated Contra Costa County, the number of households is expected to increase from 289,400 in 2010 to 379,100 in 2040 (31 percent increase; Brentwood, Dublin, and Concord show household growth greater than 40 percent). As such, Save Mount Diablo supports addressing the need for housing in a range of types and affordability levels.

Therefore, Save Mount Diablo is supportive of residential infill developments that address a specific set of evaluation criteria in a superior way. 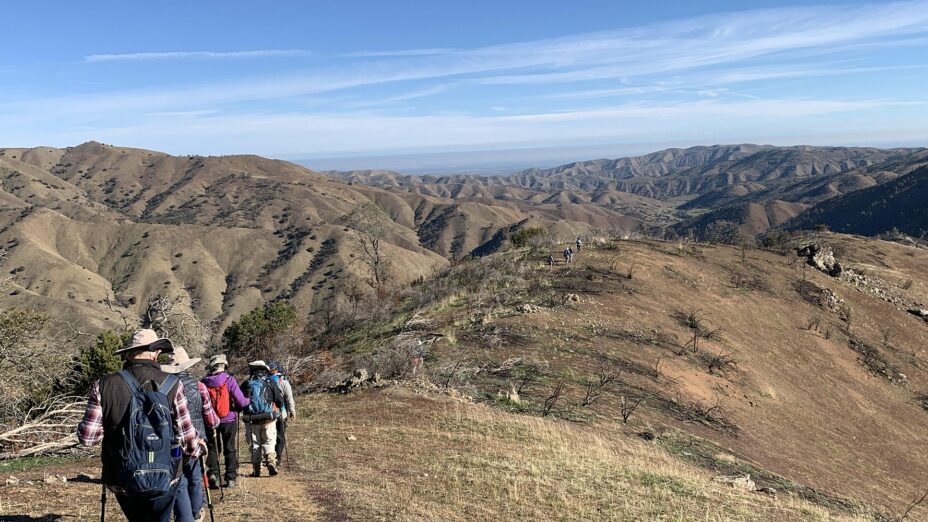