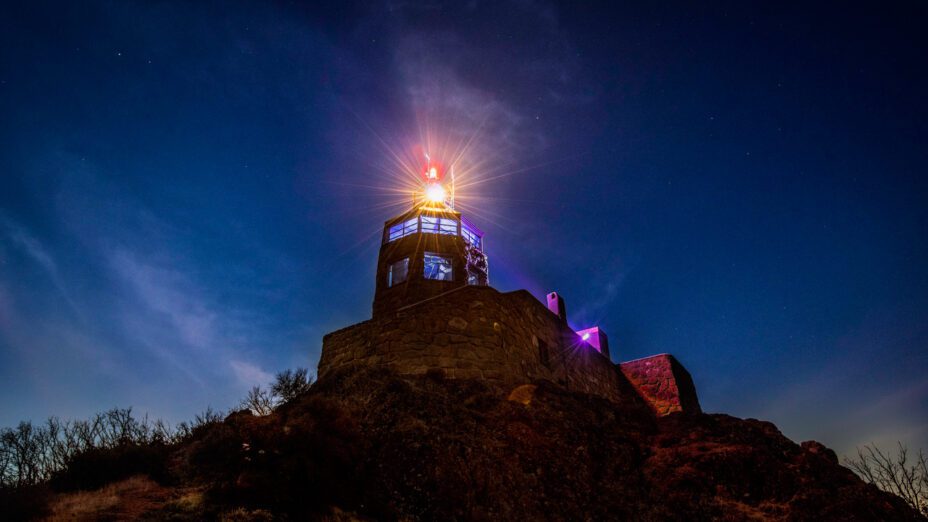 A joint proclamation was signed on February 25, 2022, at the Veterans Memorial Building in Danville, to light the Beacon on Mount Diablo to honor veterans on Pearl Harbor Day, Memorial Day, and Veterans Day from sunset to sunrise, beginning in 2022 and every year thereafter.

The lighting of the Beacon this coming Memorial Day will happen after sunset on Monday, May 30th, Memorial Day. The Beacon will shine throughout the night and then be rested shortly after sunrise on Tuesday, May 31st. 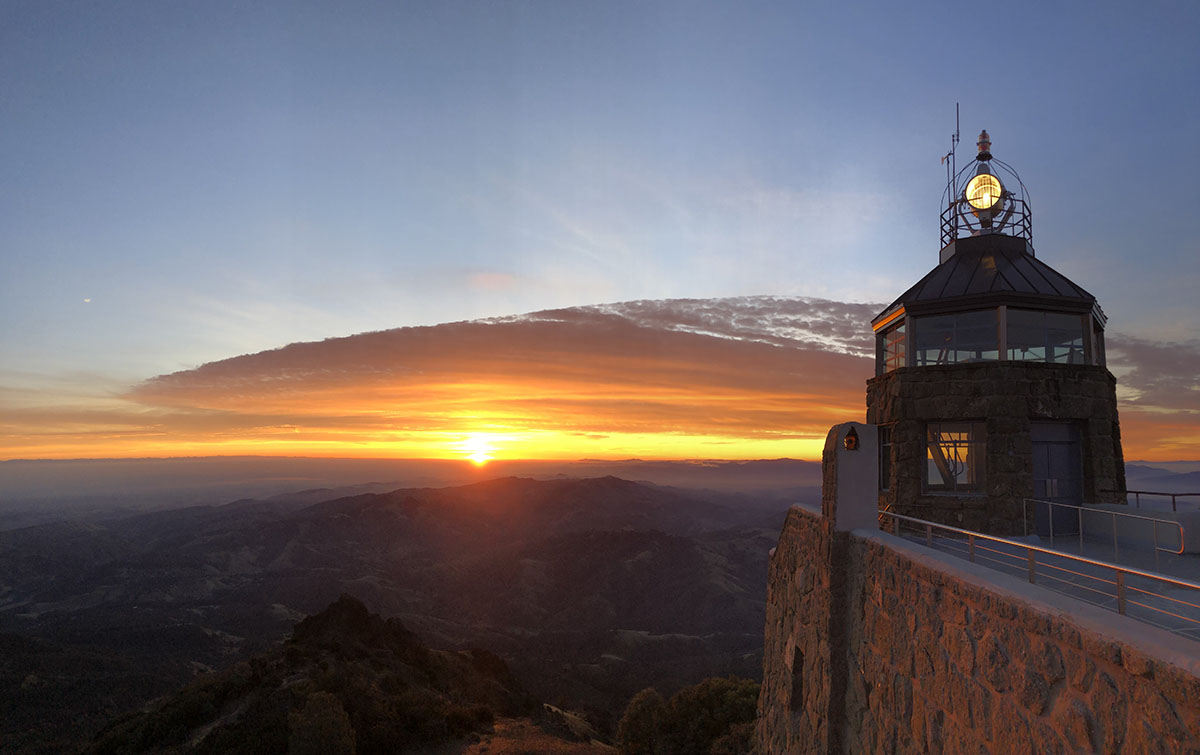 The signatories to the joint proclamation were: 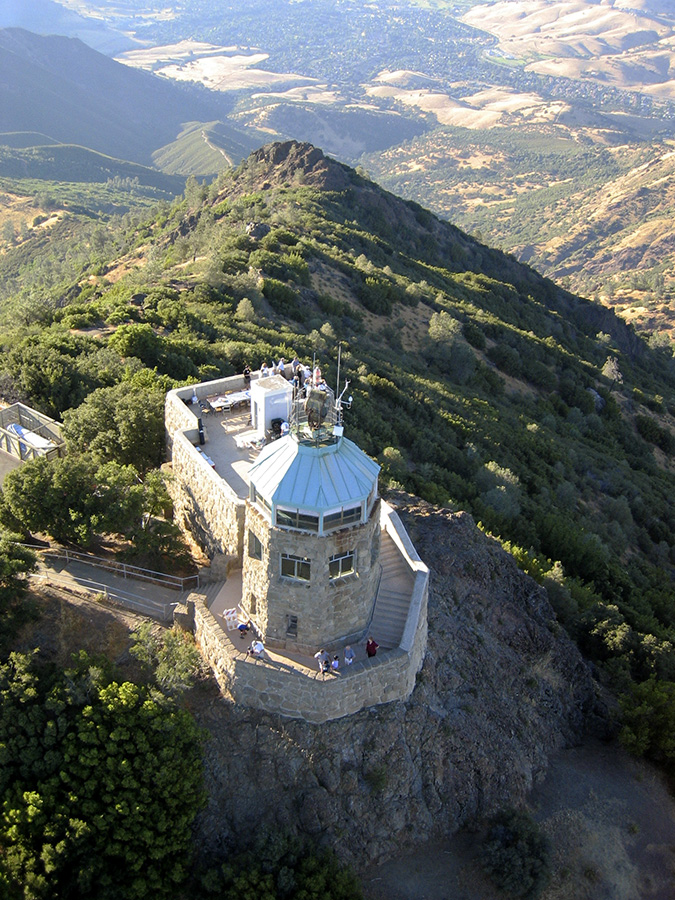 Mount Diablo’s summit and the Beacon as seen from above. Photo taken via kite by Cris Benton.

Numerous veteran organizations and representatives endorsed this initiative, such as:

California State Parks is the owner of the Mount Diablo Beacon, and the nonprofit land conservation organization Save Mount Diablo maintains and operates the Beacon.

The Mount Diablo Beacon was originally lit by Charles Lindbergh in 1928 to assist in the early days of commercial aviation. The Beacon shone from the summit of Mount Diablo each night until December 8, 1941, the day after the attack on Pearl Harbor. 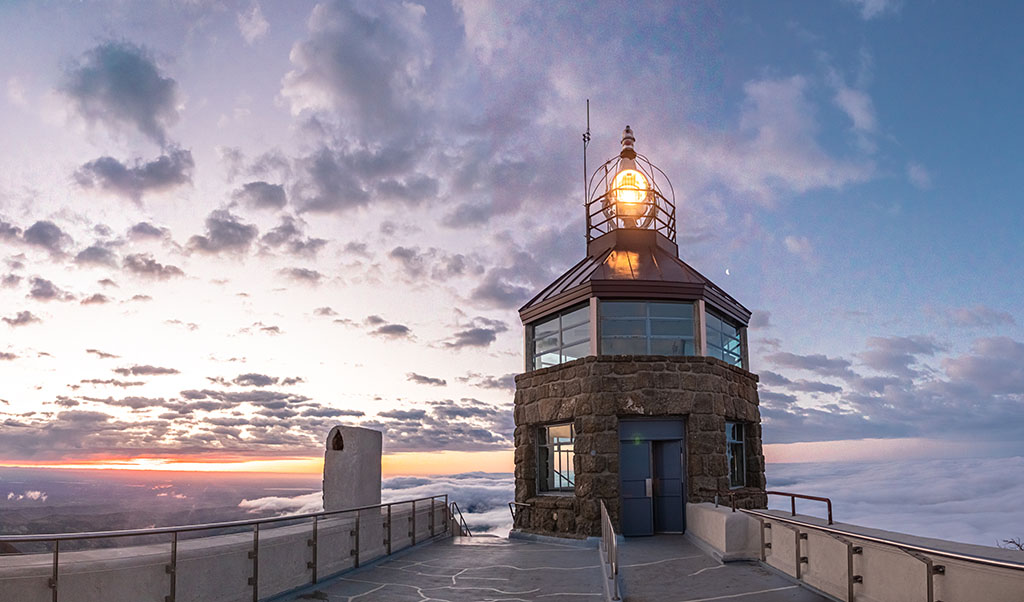 The Mount Diablo Beacon at sunrise in April 2021. Photo by Floyd McCluhan.