In partnership with the California Native Plant Society, this year’s BioBlitz continued our focus on the SCU Lightning Complex and Deer Zone Fire sites.

Our volunteers cataloged a large assortment of fire follower flowers and a significantly greater abundance of wildflowers and shrubs in the burned areas.

This year was the first time in Save Mount Diablo’s history that we held two BioBlitz events covering different sites. Since our first BioBlitz in 2007, this event has allowed extensive research to take place in areas that would otherwise go unexplored.

Two-Week BioBlitz in the Footprint of the SCU Lightning Fires

Our two-week BioBlitz from April 16 to 30 continued our three-year research project on the recovery of native plants and wildlife in the SCU Lightning Complex. We’re happy to report that our volunteers logged over 1,830 observations in iNaturalist that the public can check out!

During this event, our volunteers uncovered a variety of fire follower flowers. In the wake of the fire that raged across this area in 2020, visitors were able to enjoy an unusual abundance of these rare wildflowers.

Compared to 2021, there were notably a lot more fire poppies (Papaver californicum) observed by our volunteers. 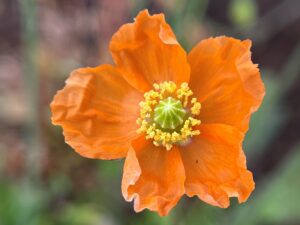 According to volunteers, there was overall far more greenery to observe this year as compared to last. We’re excited to see how this area continues to recover from the fire in the future.

Particularly exciting findings from the volunteers included California clam shrimp (Cyzicus californicus) and an endangered Crotch’s bumblebee (Bombus crotchii), a species that is in decline across the state. 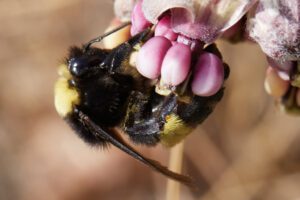 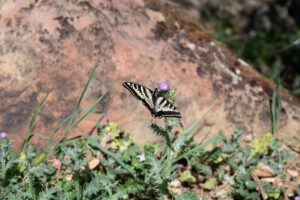 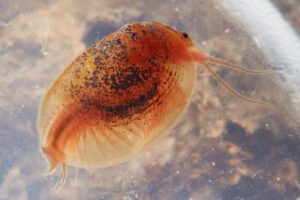 This year was especially good for flowers in the Diablo Range. The size of the Ithuriel’s spear (Triteleia laxa) and whispering bells (Emmenanthe penduliflora) populations were beyond what many people had ever seen in these areas!

Our volunteers and staff were excited to observe several rare and endemic flowers during this event. 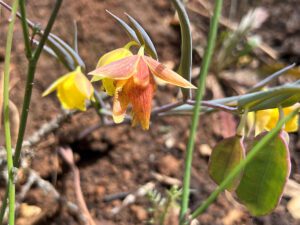 Because many trees and shrubs had burned away, there is more sunlight and space to allow these flowers to germinate and grow. 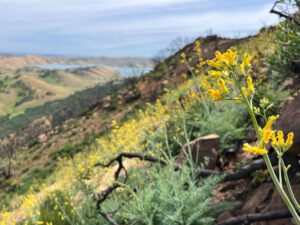 Next year, our two-week BioBlitz will cover the SCU Lightning Complex for the final year of our three-year study. We look forward to seeing the continued fire recovery in the area in 2023.

You can learn more about this year’s BioBlitz in our 2022 BioBlitz debrief: