“Thomas’ location is very strategic in terms of its relationship to the Urban Limit Line, Pittsburg, Kirker Pass, and the entrance to Nortonville Canyon and the resources there,” said Malcolm Sproul, Save Mount Diablo President. “It’s the northwestern-most extension of the San Joaquin Valley, with similar habitat and environmental conditions. There was even a confirmed San Joaquin kit fox sighting at the far end of the canyon in the early 1990s.”

“Given its canyons and creeks, it’s both a major wildlife corridor and an ideal and beautiful recreational connection,” said Sproul. “It includes a cattle tunnel under Kirker Pass Road. The fact that a safe undercrossing already exists is a real asset. Nortonville Canyon can be another access into Black Diamond Mines. It’s highly scenic with great rock outcrops, and it allows a natural connection to lands to the west. It’s clearly a key in the Black Diamond Mines to Naval Weapons Station corridor.”

Thomas Home Ranch was acquired at the same time that East Bay Regional Park District purchased the 160-acre Thomas Central and 852-acre Thomas South properties, and a few months after their purchase of the 798-acre Barron property, another Thomas property. Although those properties are bigger, they are also more rugged and remote. Thomas Home Ranch and Thomas Kirker Creek were far more developable, threatened, and expensive.

In 1869, the property was homesteaded by the Thomas family, Welsh miners by way of Nortonville. At our 30th anniversary in 2001, Save Mount Diablo awarded the Thomas family a Mountain Star Stewardship Award for their care of their property for more than 130 years: “The family has resisted Pittsburg’s efforts to annex and develop their ranch lands. Without their commitment to their land, the scenic Black Diamond foothills of Mount Diablo would have long since been paved over.” 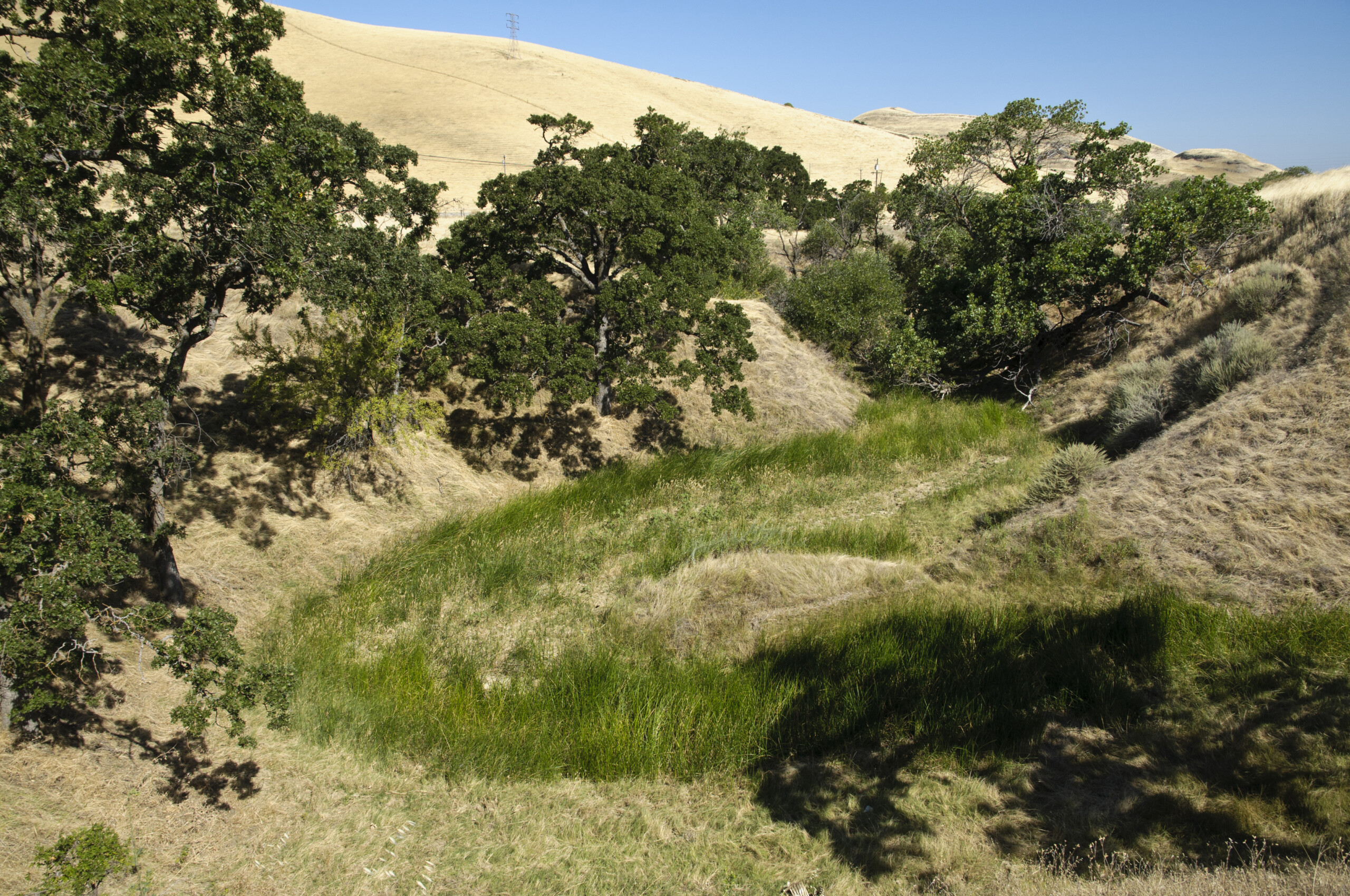 The Park District was interested in purchasing the property, but a variety of problems, including developer competition, timing, and technical issues related to funding threatened to get in the way. Save Mount Diablo stepped in to help. “The Park District is very grateful for Save Mount Diablo’s role in protecting this strategic property at the mouth of Nortonville Canyon,” said Nancy Wenninger, Assistant General Manager/Land Division for the District, at the time. “We were very interested in this acquisition, but we weren’t going to be able to complete the purchase. Save Mount Diablo’s ability to move quickly and be flexible really made the deal happen. The property is important by itself, but it will also help preserve open space further up the canyon and includes an important trail connection, which will help make the final link between Black Diamond Mines Regional Preserve and Concord Naval Weapons Station. Over the years, SMD has been one of the District’s most valuable allies and has helped us achieve success many times. We have a great partnership.”

Culturally and geologically, the area is fascinating. The thrust fault that lifted Mount Diablo also upended the thin edges of sedimentary rock—the Great Valley Sequence that had been deposited from the ancestral Sierra into a frequently submerged inland Central Valley—and created the ridges northeast of the mountain, exposing narrow veins of coal.

Thomas Home Ranch is a significant because it represents the westernmost extent of the San Joaquin Valley in Contra Costa County. The sinuous creeks, still flowing in mid-August, paint broad green stripes across a landscape otherwise now dry. Despite 200 of cattle grazing, the steep hills and creek banks support large stands of native grass and there are several locally rare plants, including Jepson’s coyote thistle (Eryngium jepsonii). 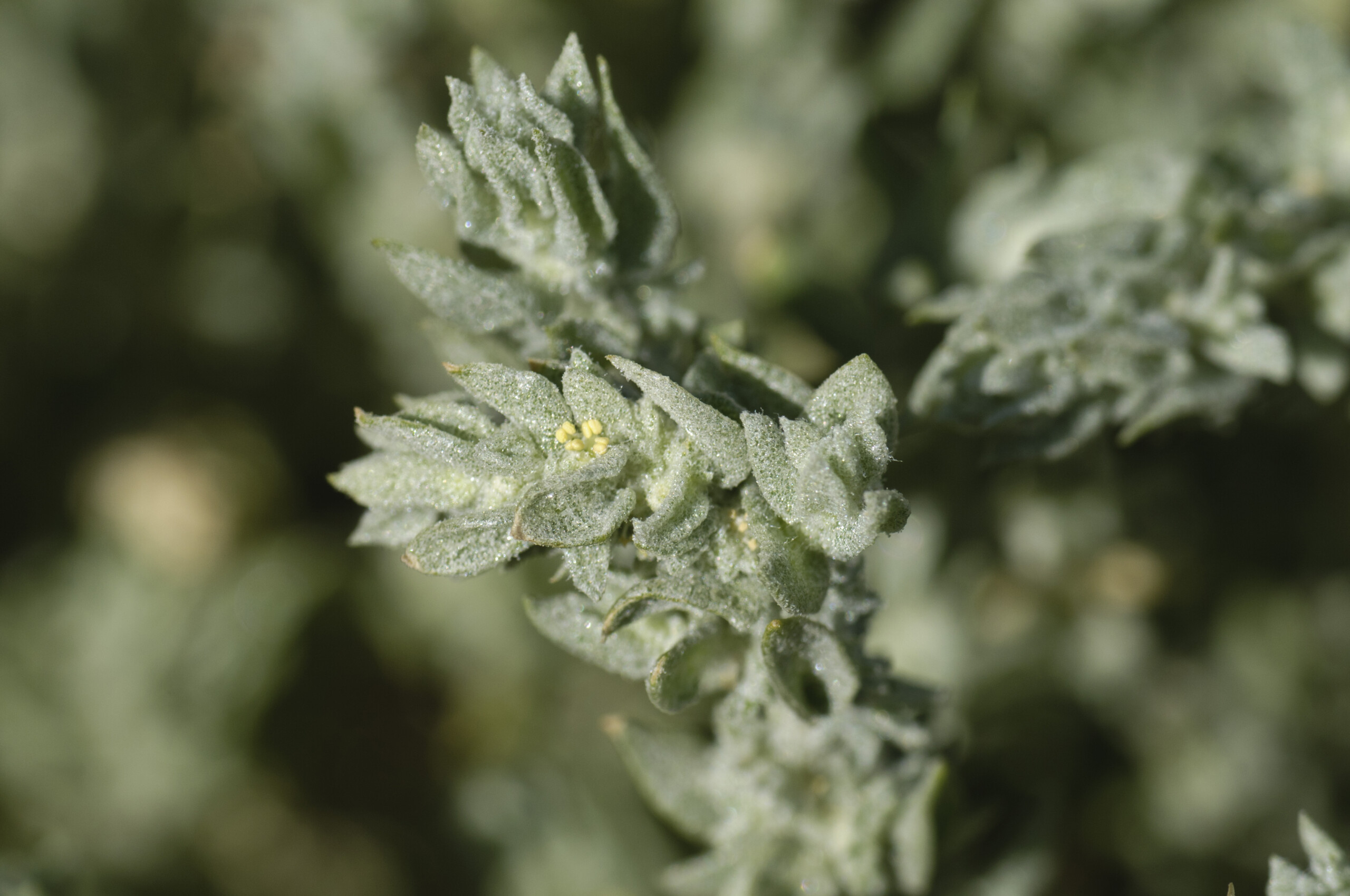 “Plant species more common in eastern Contra Costa County, near the edge of the Great Valley proper, find their westernmost occurrence here, like crownscale (Atriplex coronata var. coronata), a CNPS List 4 species, and valley saltbush (Atriplex fruticulosa),” noted Heath Bartosh, botanist. “These species inhabit areas known as alkaline scalds where salts from the underlying bedrock are drawn up to the surface by evaporation and capillary action. These areas are so ‘basic’ that most plant species are absent from these salty white barrens. Salt grass grasslands are plentiful, spilling down from adjacent uplands into the slow-moving waters that meander through the upper portion of Kirker Creek.”

“Alkali heath (Frankenia salina) is also common in the uplands, dotting the landscape and displaying its demure violet pink flowers to those who take a closer look . . . . It is fortunate that we are preserving this peripheral extent of alkaline ground that was once a more common feature on the landscape in this part of the Mount Diablo region.”