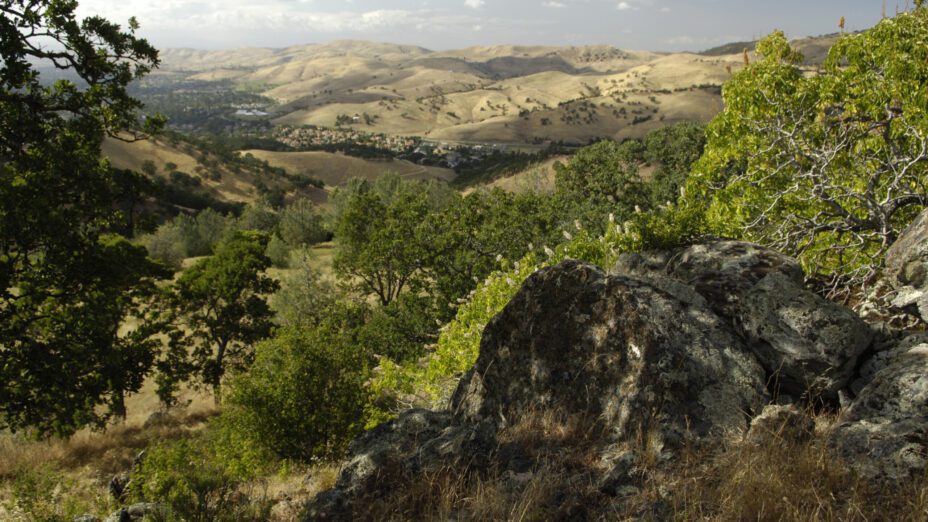 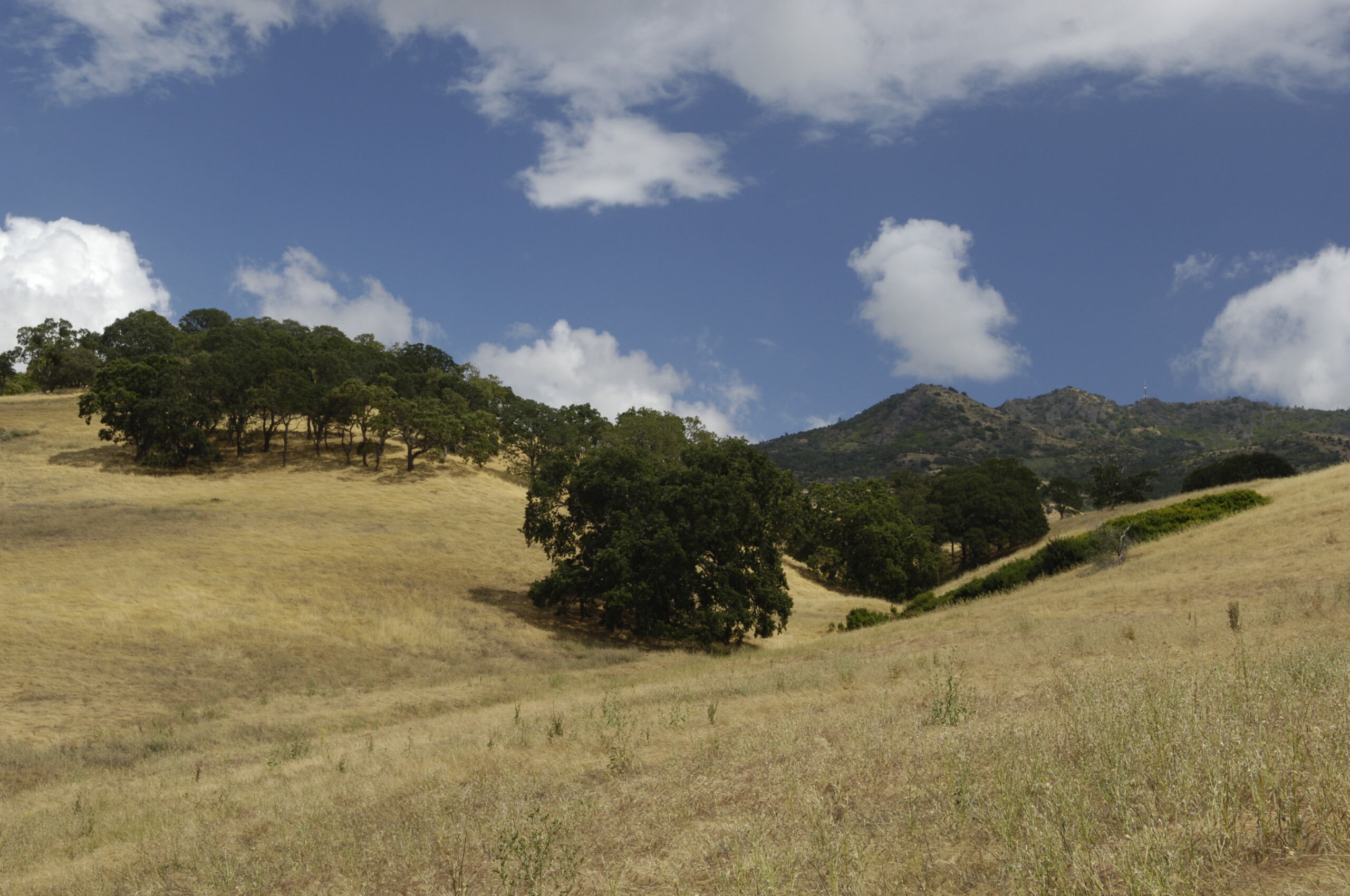 Young Canyon is located halfway up the North Peak of Mount Diablo, is adjacent to Mount Diablo State Park and the Concord Mt. Diablo Trail Ride Association property, and is crossed by a heavily used horse trail.  Trails provide critical access to the Young Canyon property because there is no legal access for automobiles.

A single track trail, the Bruce Lee Trail extension, crosses the property from the Trail Ride property to the State Park, following a large band of serpentine rock. The Cardinet Oaks Trail, used by equestrians, crosses the upper, southern boundary of the property.  Young Canyon hosts a number of rare plants including most beautiful jewel flower, Brewer’s dwarf flax, and Contra Costa manzanita. 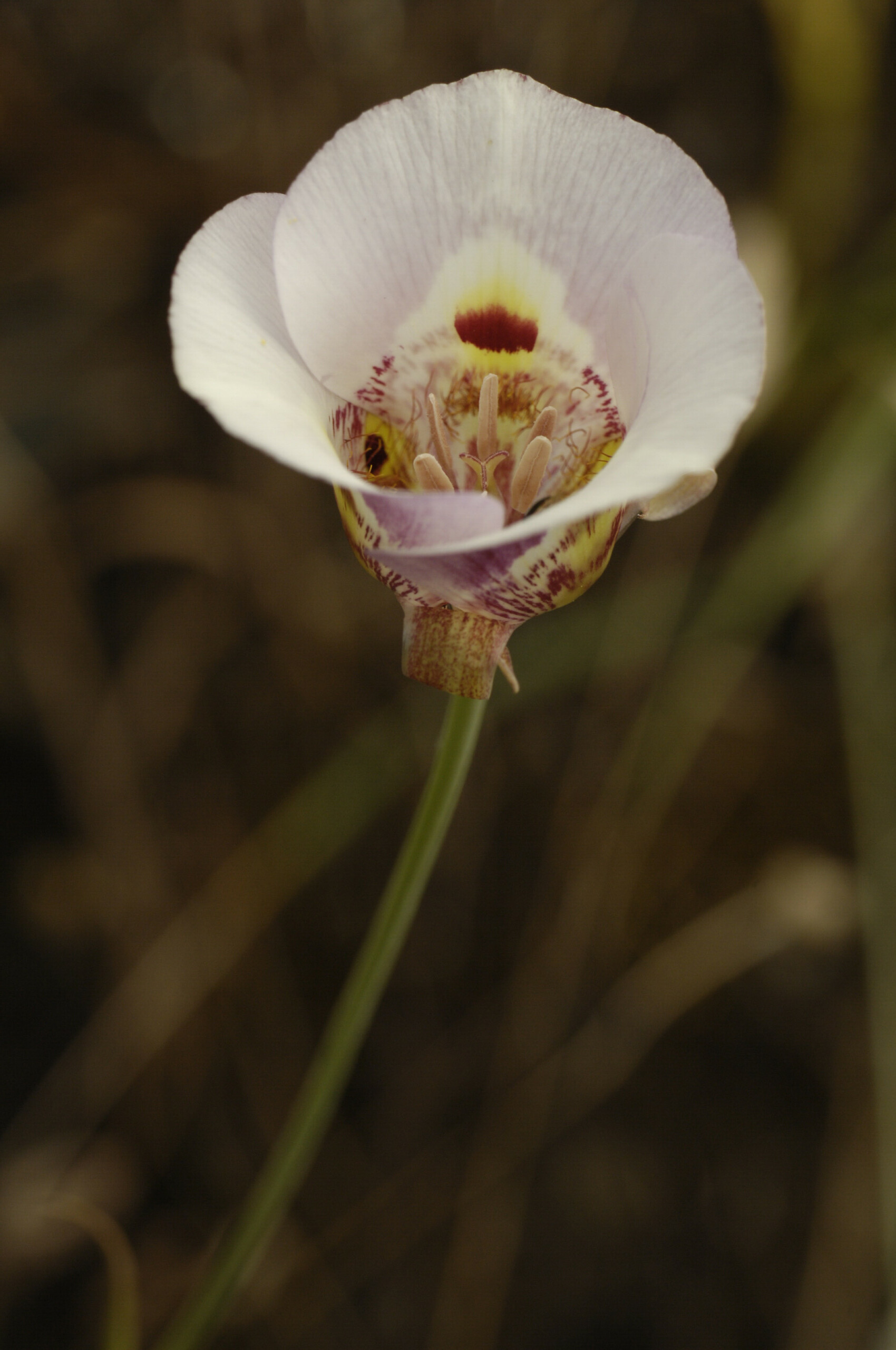 In 2006 Save Mount Diablo acquired 18 acres of Young Canyon. It is sandwiched between Mount Diablo State Park and the Concord Mt.  Diablo Trail Ride Association’s property on North Peak’s slopes.

It drops from a high 1420-foot knoll near an area called Cardinet Oaks—with incredible views down the Clayton Valley to Suisun Bay—into a mossy, fern-filled stream canyon, then slopes back up to a rocky meadow of wildflowers. Breezes there never seem to stop. Hawks call and turkey vultures float by on thermals.

Botanists surveyed the property for Save Mount Diablo in July 2006 and, although it was late in the season when many plants had died or gone to seed, they identified 123 species including five rare ones, all five endemic (limited) to California.

They are: most beautiful jewel flower (Streptanthus albidus subsp. peramoenus), not to be confused with the Mount Diablo jewel flower; Brewer’s dwarf flax (Hesperolinon breweri); and Contra Costa manzanita (Arctostaphylos manzanita subsp. laevigata), which is restricted to Mount Diablo and Morgan Territory.

Not endangered but rare in the East Bay are Griffin’s bellflower (Campanula griffinii) and California thistle (Cirsium occidentale var. californicum). The property is habitat for the threatened Alameda whipsnake, and the many rock outcroppings shelter Northern Pacific rattlesnakes. Trail Ride members frequently see coyote and bobcat, and have reported mountain lions in the past. 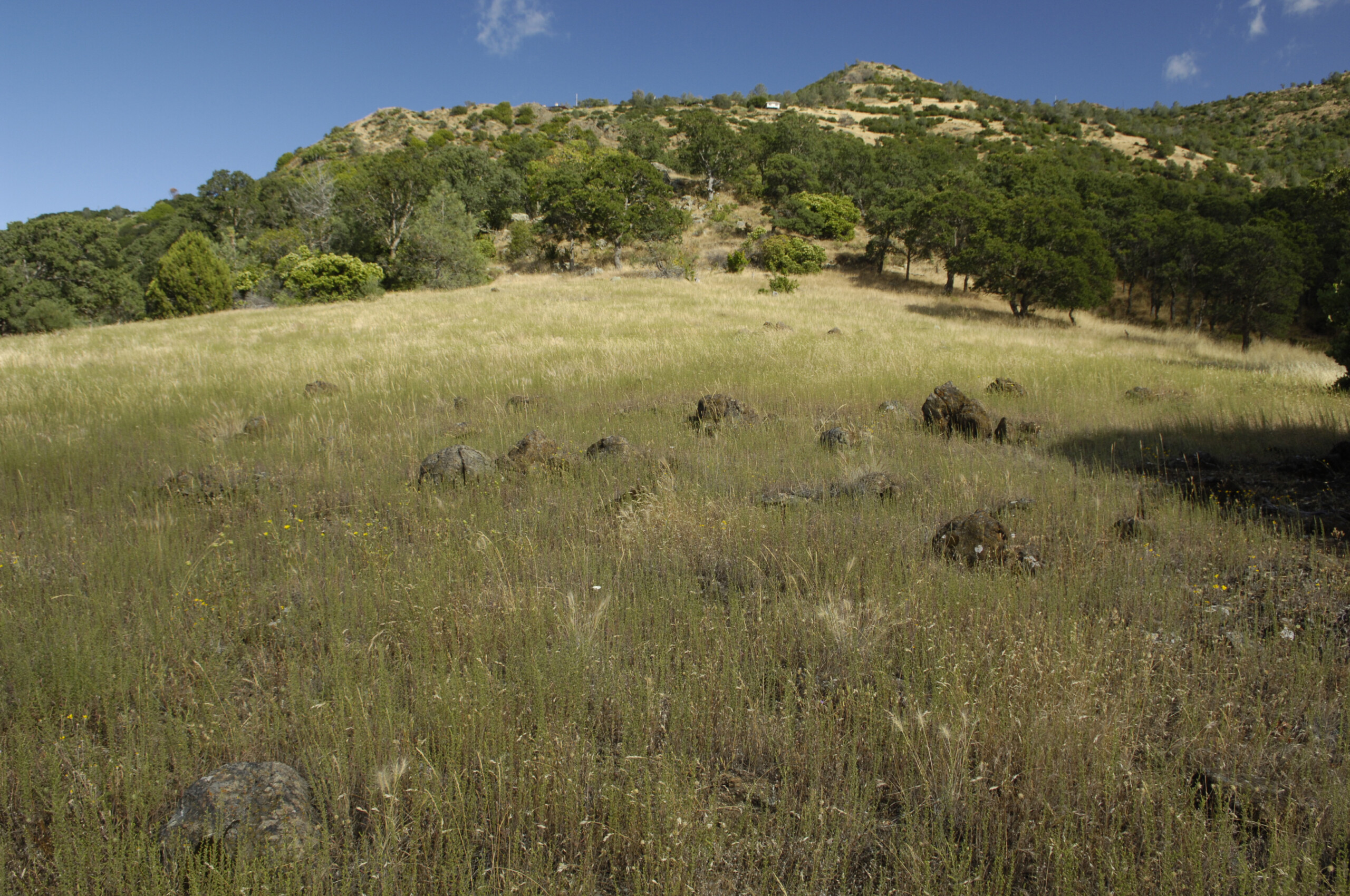 “Young Canyon is critical for many reasons,” said Ron Brown, SMD’s Executive Director at the time of the purchase. “It includes unique geologic and botanical resources; it’s in a prominent high elevation location on the slopes of North Peak that overlooks a valley that houses a significant population. Residents who live in sight of North Peak look up and appreciate the views from their side of the mountain.”

The meadow is just a few hundred feet wide, studded with strange green rocks that look like a snake’s skin and as a result are called “serpentine.” They’re mildly toxic and often associated with rare plant species that have evolved to tolerate them. 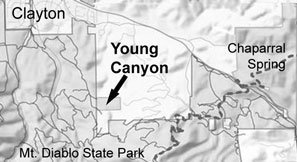 The Young property is crossed by the only band of serpentine on Mount Diablo. That’s why Mary Bowerman, Save Mount Diablo’s late co-founder, started visiting the property in the 1930s and kept returning, decade after decade.