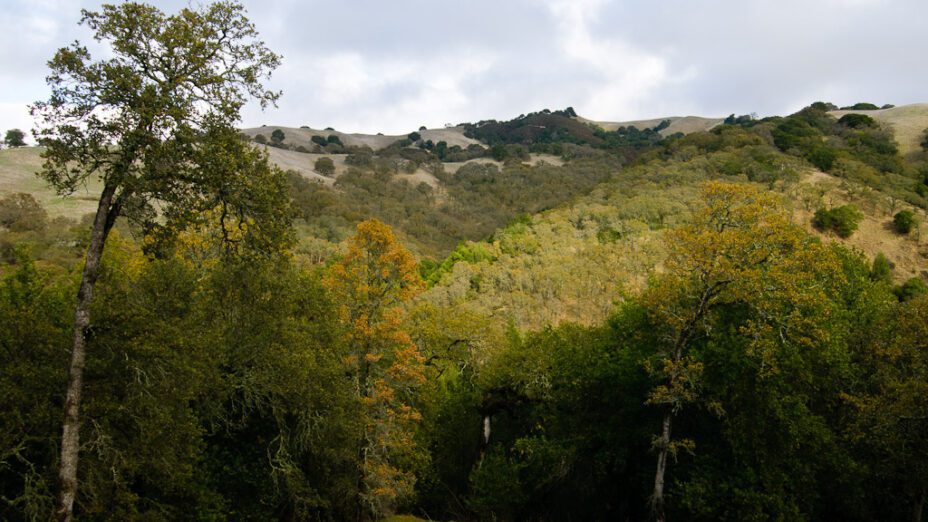 Moss Rock is located in the narrow canyon just south of the northern end of old Finley Road and the Morgan Red Corral. The 20-acre property was purchased on December 17, 2010 for $425,000, just 28 days after signing a purchase deal.

Moss Rock includes one of the highest quality and prettiest stretches of the Marsh Creek riparian corridor. Like the nearby Morgan Red Corral property, this one is easy to locate by a landmark, its green steel rail-car bridge. 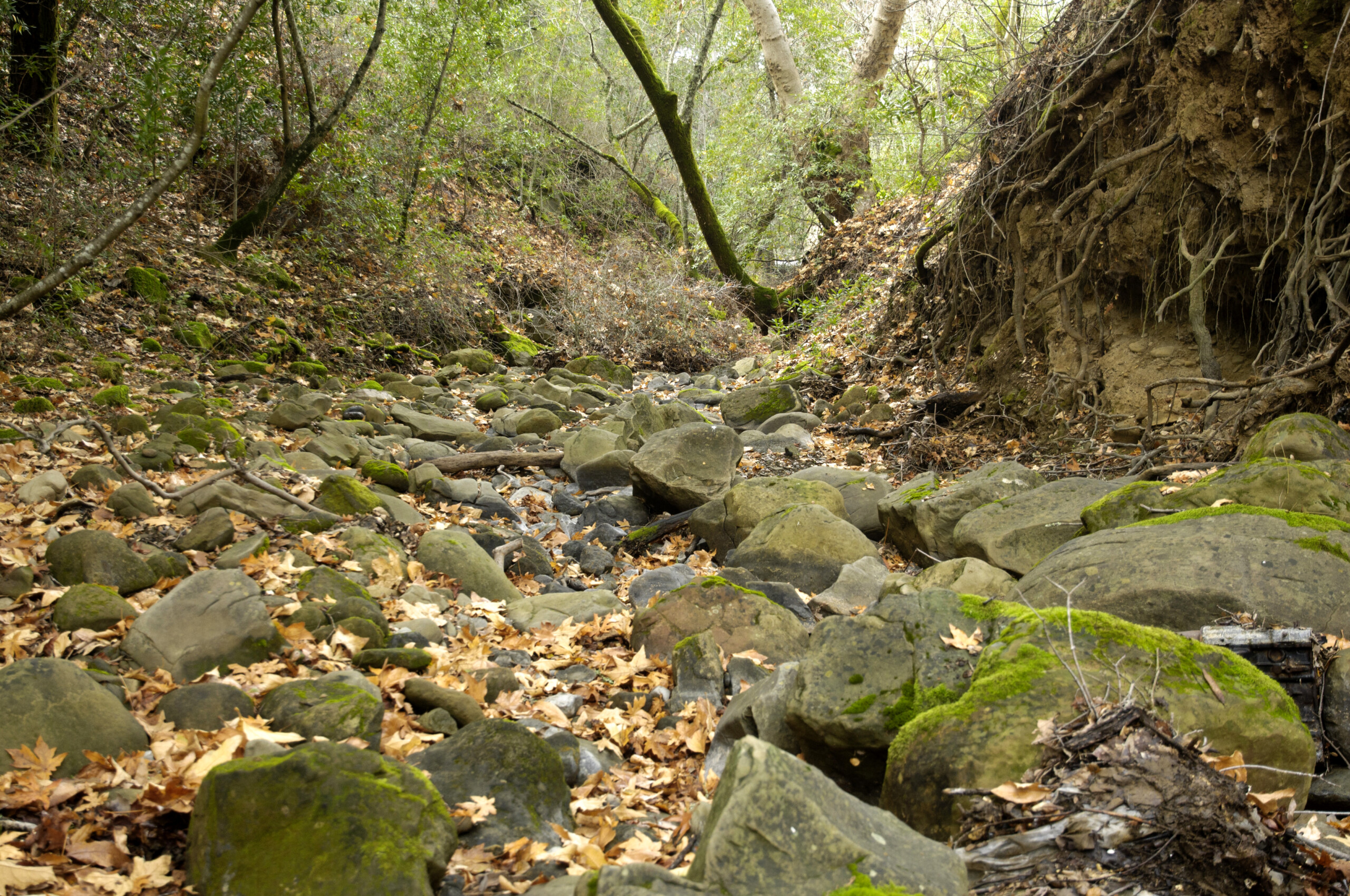 The creek banks are heavily wooded with large bay trees along with an understory of native plants including snowberry and wild rose.  The streambed is strewn with boulders covered by deep green moss—the property’s namesake. Compared to lower elevation and lazier stretches, upper Marsh Creek drops quickly from Morgan Territory Regional Preserve through a boulder-strewn, heavily wooded and shaded canyon squeezed between Highland and Morgan Territory Ridges. 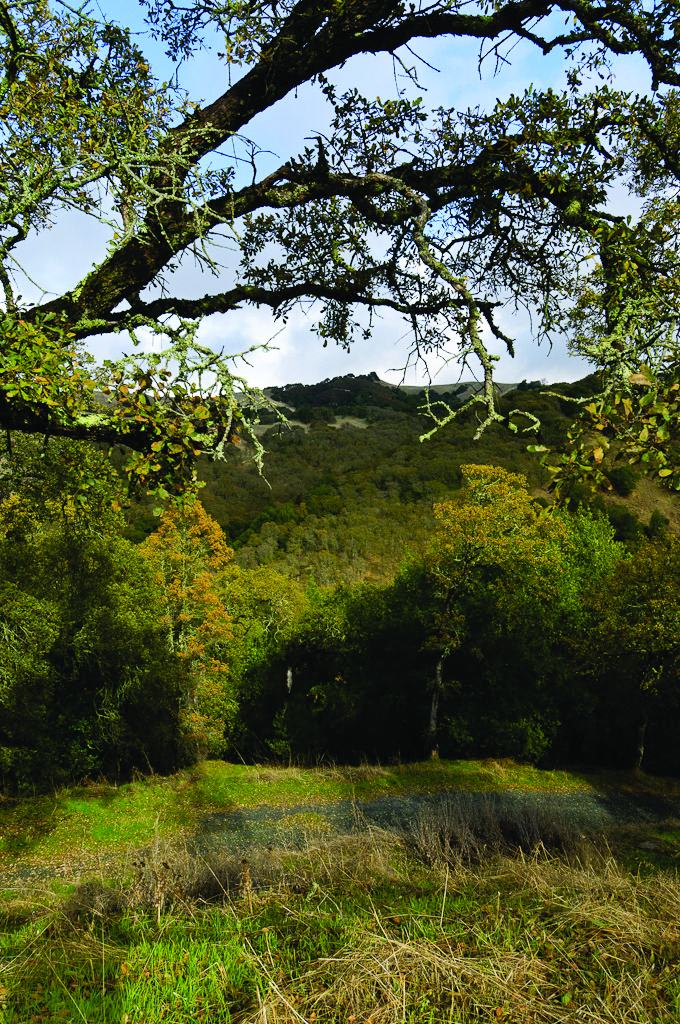 The creek’s cascades create water velocities strong enough to flush sediments off rock strata and create small gravel flood plains. Rocks grinding against each other in faster flows tend to eliminate fish in favor of amphibians such as the threatened California red-legged frog. In addition to the red-legged frog, the property is probably habitat for the threatened Alameda whipsnake and the endemic Mount Diablo fairy lantern.

A gravel road crosses the creek via the rail-car bridge and provides easy access to upper parts of the dense oak-bay woodland that otherwise characterizes this steep hilly property. Clearings interspersed among the trees provide outstanding views of the canyon, surrounding hills, and Mount Diablo.

This little gem was a highly strategic purchase. It prevented development on several cleared home sites, and the parcel is surrounded on three sides by other public open space. Its location, just below Mount Diablo State Park’s Morgan Ridge Trail near its intersection with the Diablo Trail, offers exciting opportunities to access the regional trail system. The former house pads might be useful for a remote campsite serving the regional trails. 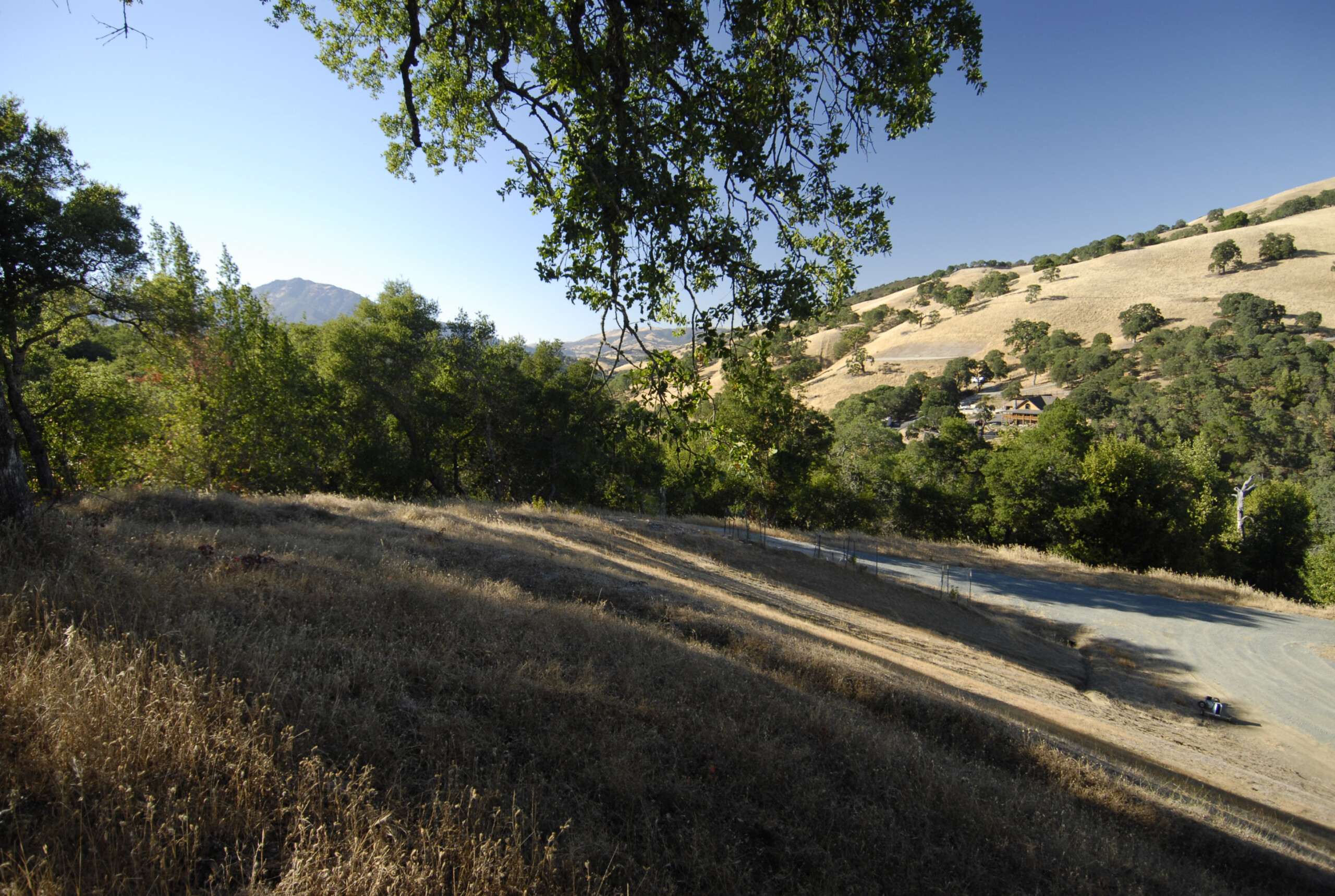 In January 2012, Joseph Galvin Ranch and Moss Rock were transferred to East Bay Regional Park District for long-term management and public access. The properties will be added to Morgan Territory Regional Preserve. Read the press release for more information. 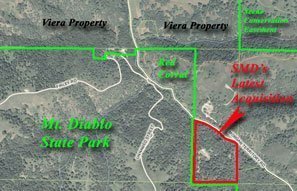 Save Mount Diablo’s properties are closed to the public except by guided tour. Watch a video of the Land Committee performing Due Diligence on the Latest Acquisition.