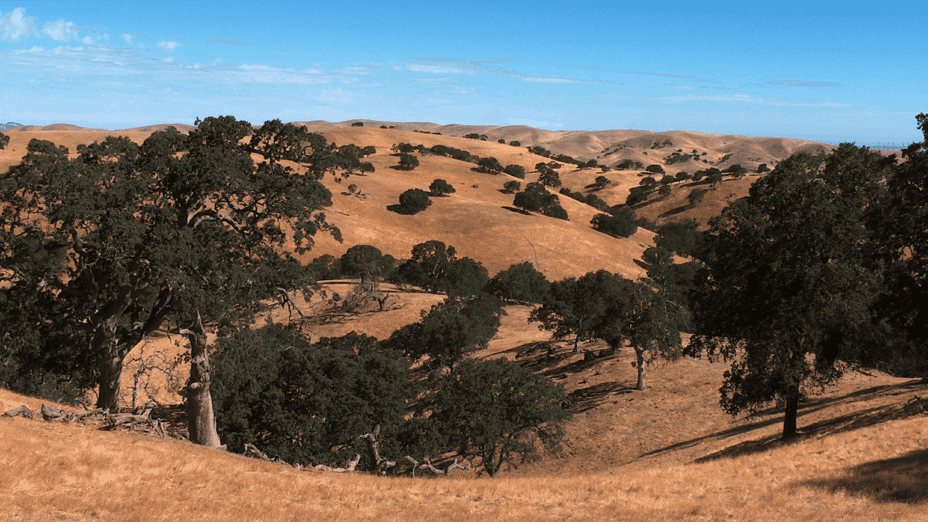 With your help, Senate Bill 155, which included the Tesla Park preservation provisions, was passed by the Legislature on September 9, 2021. Governor Newsom signed it into law on September 23, 2021.

This law protected Tesla Park in perpetuity and made it a distinct unit of the California State Parks system.

Special thanks to Assemblymember Bauer-Kahan and Senator Glazer, as well as local officials and you, for advocating for Tesla Park. More than 10 years of hard work have finally paid off.

Tesla Park Should Be Designated a State Reserve

Although SB 155 was a crucial victory, it is not the end. Until last year, all official planning for this area focused on destructive off-road use. Now other ideas for the land need to be drawn up and planned for.

We are advocating for Tesla to be classified as a “reserve,” an area managed for the purpose of preserving its unique scenic qualities and ecology in a “condition of undisturbed integrity.”

Despite the considerable size of the California State Parks system, there are currently just 16 reserves in the entire state of California.

We are discussing this idea with California State Parks decision makers to get a full picture of what classifying Tesla as a reserve would entail.

We will continue to work with Friends of Tesla Park, Sierra Club, California Native Plant Society, Native American groups, and others.

We’ll work to ensure that Tesla Park is protected and managed to maintain and improve its high biodiversity, as well as its cultural and historic significance.

Where Is Tesla Park?

Mount Diablo is part of a 200-mile chain of mountains called the Diablo Range.

It’s connected to the rest of the range in just one place. It’s essential that Mount Diablo stay connected so that wildlife and native plants can continue to thrive up and down the whole range.

The bottleneck lies north and south of Altamont Pass—a corridor of relatively undeveloped land just 10 miles wide wedged between Livermore to the west, and the intensive agriculture of the Central Valley and the City of Tracy to the east. We call it the Corral Hollow area.

Corral Hollow includes an off-road vehicle site called the Carnegie State Vehicular Recreation Area (SVRA). Tesla Park is right next to it on its western side.

What Was Going On with Tesla Park?

Carnegie SVRA is owned by California State Parks and covers more than 1,300 acres of land southeast of Livermore, right off Tesla-Corral Hollow Road. This place has been open to off-road vehicle use for many years.

There is also a historic mining town on the property, as well as Native American cultural sites.

All three of those reports were rejected, largely because of the lack of environmental safeguards. The latest of those reports was ruled legally invalid by a Sacramento County Superior Court Judge in early 2021. 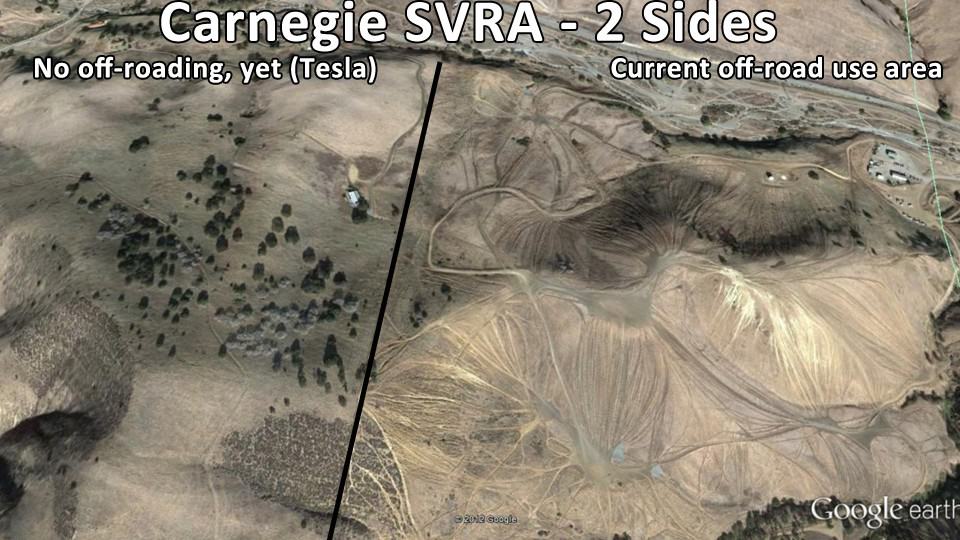 Figure 1. Aerial view of Carnegie SVRA. Tesla Park, where off-road use is not permitted, is on the left. The current use area is on the right, with obvious scarring of the land.

Figure 2. Carnegie SVRA Limited Recreation Areas (highest protection, most sensitive resources). The image on the left is from Tesla Park. On the right is within the Carnegie off-road use area. This image shows that even in areas designated as sensitive and low use, there is no protection if off-roading occurs.

Why Does Tesla Park Matter to the Public and Save Mount Diablo?

Tesla harbors a staggering amount of biodiversity, making it famous among generations of scientists, teachers, and students.

Tesla straddles a vital wildlife corridor that connects the Mount Diablo region to the rest of the Diablo Range. If Tesla Park had been opened up to off-roading, almost the entire corridor would have been blocked by off-road use. 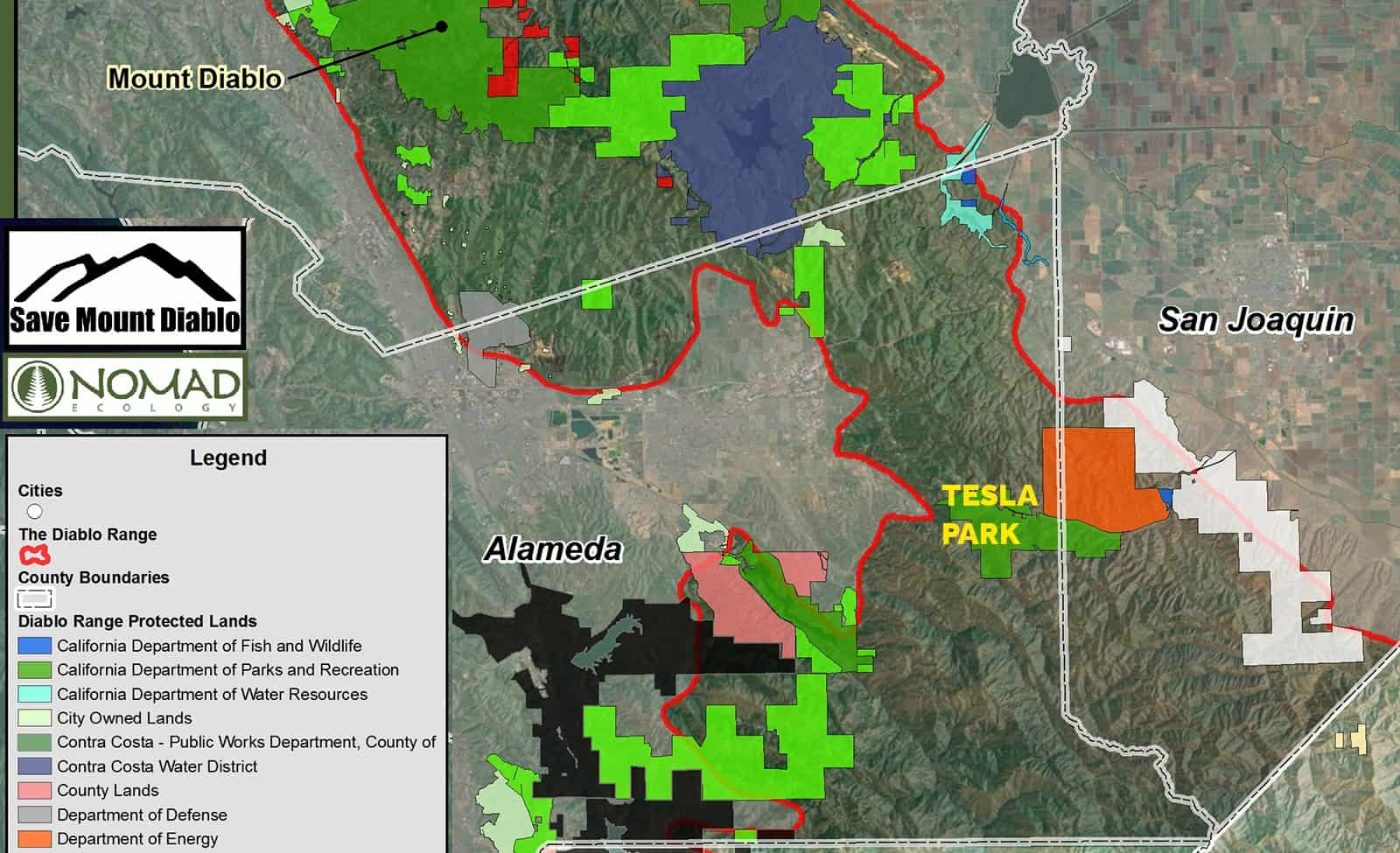 The number of people who use state park areas for off-road vehicle use is very small compared to the number of people that use them to hike, enjoy scenery, watch wildlife, and engage in many more activities that allow them to enjoy the land without destroying it.

Plus, use of Carnegie SVRA has decreased by over half since 2007.

Lower impact uses also bring in much more money for California State Parks. For example, Mount Diablo State Park brought in more than $1.2 million in revenue in 2013 to 2014. Carnegie SVRA just brought in a quarter of that, and it costs significantly more to operate in terms of staff and equipment.

We’re thrilled that Tesla Park is being made into a non-motorized protected area that safeguards the natural and cultural resources of the land while also letting people enjoy the area.

This action will benefit a much larger number of people than giving it over to off-roading, and it will maintain Tesla as a vital wildlife corridor. We continue our work with partners to ensure Tesla is managed for the benefit of both nature and people.