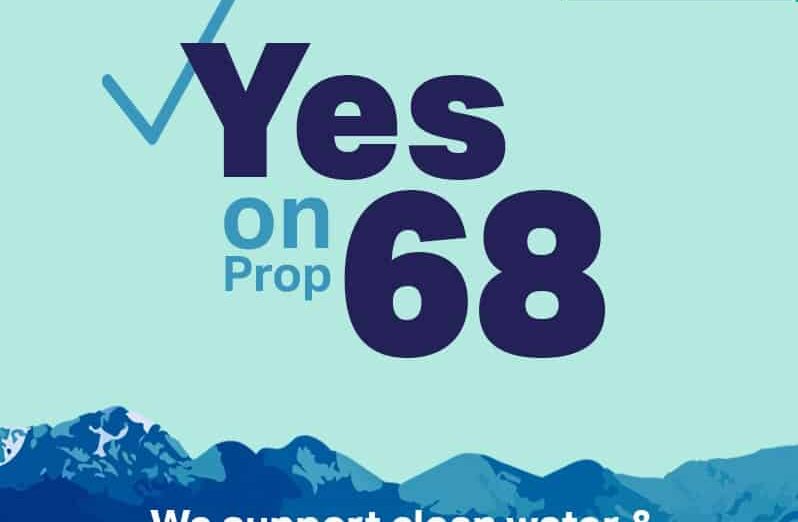 On June 5, California voters approved the $4.1 billion Proposition 68, the California Drought, Water, Parks, Climate, Coastal Protection, and Outdoor Access for All Act of 2018. Save Mount Diablo (SMD) was honored to be on the Clean Water, Natural Resources, and Parks Campaign Committee that worked to achieve this successful result.

It had been almost fifteen years since California passed a parks bond, and many parks are hurting, especially in our state park system. A couple of years ago, SMD started working with our legislators, especially Senator Glazer and Assemblywoman Baker, and partners like East Bay Regional Park District to try to advance legislation that would allow for a statewide parks bond. Eventually we and our partners were successful and got the legislation passed that paved the way for Prop. 68.

SMD worked hard inform voters about the great need for this critical investment in our parks and water resources. Our organization got the word out about Prop. 68 over the NBC Bay Area network through an episode of OpenRoad with Doug McConnell, one of the few television spots for the proposition because of a small campaign budget. We did a lot of social media work with our vast network, and we helped distribute Prop. 68 lawn signs for the Bay Area. Plus, we worked with Doug McConnell to help produce a special public service announcement for Prop. 68. Contra Costa and Alameda Counties ended up having higher approval ratings for the Prop. 68 bond than the statewide approval rate.

From this approved bond, there are now a number of specific funding opportunities eligible for the Bay Area, such as the following:

As a result of this approved bond, there are also now a number of competitive funding opportunities, including

It was a long road to achieve this historic success, and we are thankful for our wonderful supporters and partners who helped make it possible. More financial resources can now be applied for to help Mount Diablo State Park with critical needs and acquisitions, open the long-awaited Marsh Creek State Park, and support other important park and water projects.