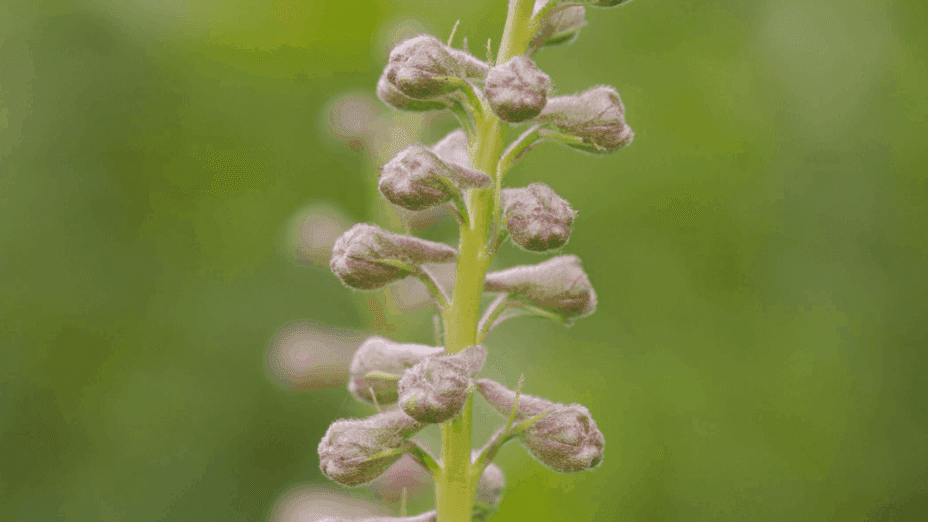 The plant goes dormant in the summer.

All parts of the plant (roots, leaves, flowers, stems, etc.) of all the species of Delphinium contain a poisonous alkaloid called delphinine. Delphinine is highly toxic to humans and other mammals. It can lead to intense vomiting, diarrhea, and muscular weakness among other things. If too much is ingested it can be fatal.

The toxicity of the plant varies depending on species and environmental factors (such as seasonal changes and soil conditions). Generally, the plant becomes less toxic as it matures but toxicity may increase during the flower and seed stages to protect the plant from predators.

Cattle find flowering Delphiniums to be highly palatable, which has led to heavy cattle loss. The USDA recommends grazing land where Delphinium is known to grow during the early growing season when the plant is small (unpalatable) and then moving cattle to an area without Delphinium during the time the plant is in bloom (USDA).

Horses and sheep rarely consume toxic amounts of larkspur, but will if there’s a lack of forage.

On another note, Delphinium comes from Greek delphinion and the Latin delphinus, meaning dolphin, which the flowers seem to resemble (CNPS – Yerba Buena).