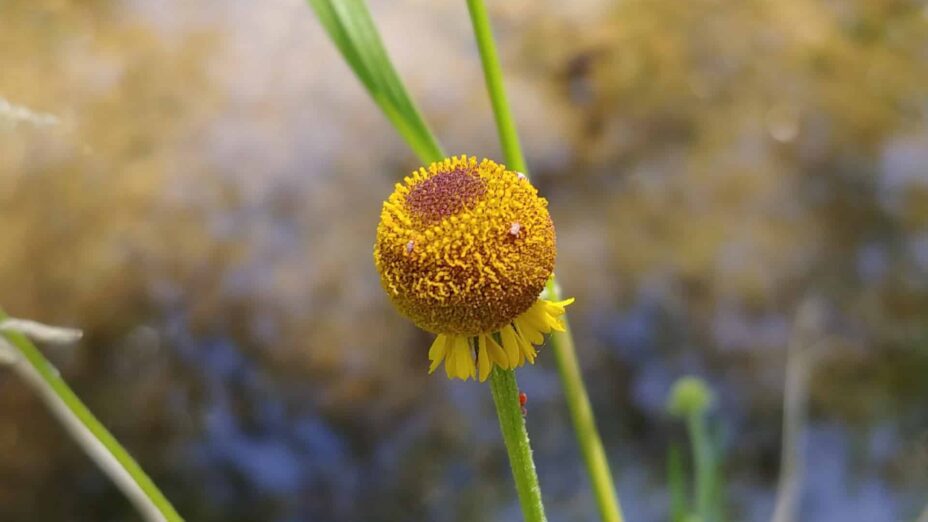 Blooms from summer to fall and attracts lots of butterflies.

It’s thought that Linnaeus coined the genus Helenium after Helen of Troy. The legend is that the flowers sprung up from the ground where her tears fell. But it’s unclear why a genus exclusively limited to North and South America was named after Helen of Troy.

What’s with the common name “sneezeweed”? Well, it does kind of look like the flower sneezed off its petals. It’s not a wind-pollinated plant, which is what causes sneezing and hay fever, but rather, it’s insect-pollinated. This common name might be based on one its historical uses: some cultures (including many Native American tribes) would dry the leaves and crush them so they could be inhaled to cause sneezing, and this practice would supposedly rid the body of evil spirits.

Rosilla has many ethnobotanical uses, such as treating colds, wounds, skin issues, and venereal diseases.