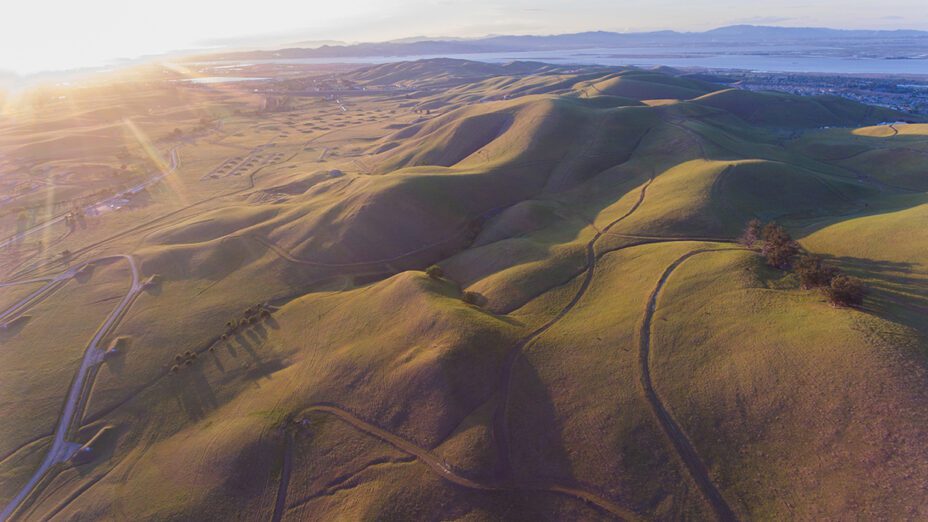 CONTRA COSTA COUNTY—On February 10, 2022, the Contra Costa County Superior Court handed Save Mount Diablo a major victory in its legal challenge to the City of Pittsburg’s approval of the 1,650-unit Faria/Southwest Hills project.

According to the ruling, the city’s environmental review was inadequate in numerous ways. Faria was proposed by Seeno companies/Discovery Builders, Inc./Faria Investors LLC on the spectacular and highly visible major ridgeline between Pittsburg and Concord and could include grading and houses visible across the ridge.

As a result, the City of Pittsburg is required to overturn approvals for the project and correct environmental review. The city and Seeno/Discovery Builders will also be required to pay Save Mount Diablo’s legal fees.

It remains to be seen whether the developers, Discovery Builders, Inc. and Faria Land Investors, LLC, or the City of Pittsburg will appeal the decision.

The Pittsburg City Council voted to approve the proposal in February 2021. It ignored hundreds of letters and public comments that opposed the project. Save Mount Diablo filed a lawsuit challenging the project’s approval in March 2021.

If the project had moved forward, it would have meant the development of a major, new residential subdivision on 606 acres of ridgeline and hillside grazing land in what is currently unincorporated Contra Costa County, immediately south of the City of Pittsburg.

The biologically rich site supports sensitive wildlife species and rare plants and is in one of the most visible and most environmentally constrained areas of the county. The Faria project would have fragmented open space and damaged wildlife corridors.

The proposed housing development would have changed the beautiful green hills forever by annexing the property to the City of Pittsburg and locating 1,650 new residences far from jobs, transit, and services.

The Faria project would have also impacted the new East Bay Regional Park District (EBRPD) Thurgood Marshall Regional Park – Home of the Port Chicago 50 at the Faria site’s southwestern edge, formerly part of the Concord Naval Weapons Station. Save Mount Diablo and its partners advocated for the creation of this new park over many years. The Faria project would have been located directly above the new park on a ridgeline, degrading views from surrounding areas.

The Contra Costa Superior Court ruled that the City of Pittsburg’s environmental review of the project was inadequate in four major ways:

“The court’s decision says to developers: ‘You don’t get to kick the can down the road. You have to do a thorough analysis of your project’s impacts before you lock in project approvals,’” said Winter King, Save Mount Diablo’s attorney from Shute, Mihaly & Weinberger. “The court got it right.”

The court’s ruling means that the City of Pittsburg’s approval of the project is null and void.

The court also noted that additional impacts—such as geologic hazard impacts resulting from grading and filling, and impacts on streams and agricultural lands—would need to be addressed in more detail.

Save Mount Diablo Executive Director Ted Clement said, “Throughout the East Bay, residents have worked hard to protect our ridges and views, flora and fauna, and to defend our parks. In this case that was just decided in our favor, Save Mount Diablo had to stand up against some very powerful interests to help further the work of protecting these treasured resources, which add so much to our collective quality of life.”

“Although I’ve worked for Save Mount Diablo on this issue, I’m also a Concord resident,” said Juan Pablo Galván Martínez, Save Mount Diablo’s Senior Land Use Manager. “This project infuriated me as an open-space lover, a wildlife enthusiast, and someone who is deeply worried and taking action to stop catastrophic climate change. Since this affects both cities, I want both city councils to work together to protect the hills and ridgeline.”

“This is a major victory for Pittsburg’s hills,” stated Save Mount Diablo Land Conservation Director Seth Adams. “Open space, habitat for wildlife, and the community’s scenic views have won the day, and poorly planned development will not go forward, for now. We are very happy with the court’s decision.”

“On the other hand,” said Adams, “while our victory is costly for the city and Seeno/Discovery Builders in time and money, it does not stop the project forever. After correcting environmental documents, the Pittsburg City Council can approve Seeno’s huge project again if they choose. But now they have a second chance to make it better by protecting the ridgeline and neighboring regional park. We don’t have to argue about protecting ridgelines in other cities. The Pittsburg City Council should do the right thing.”