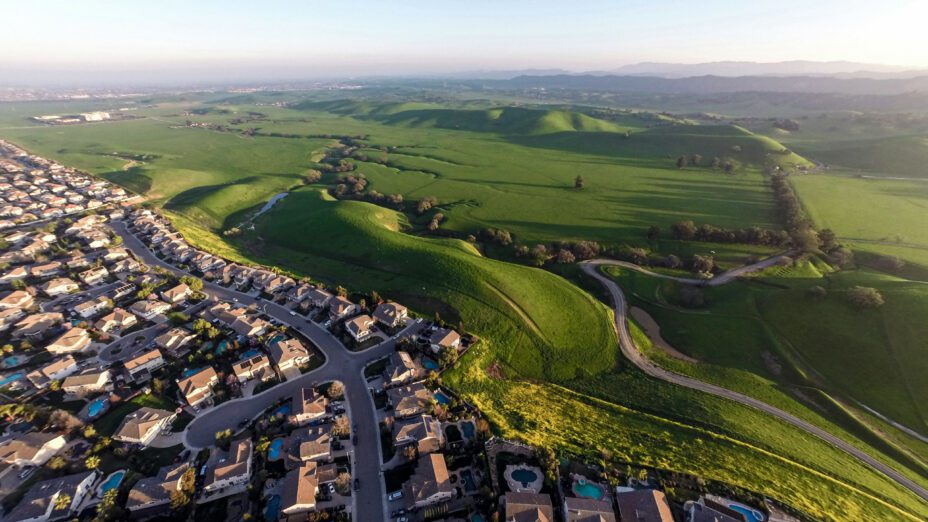 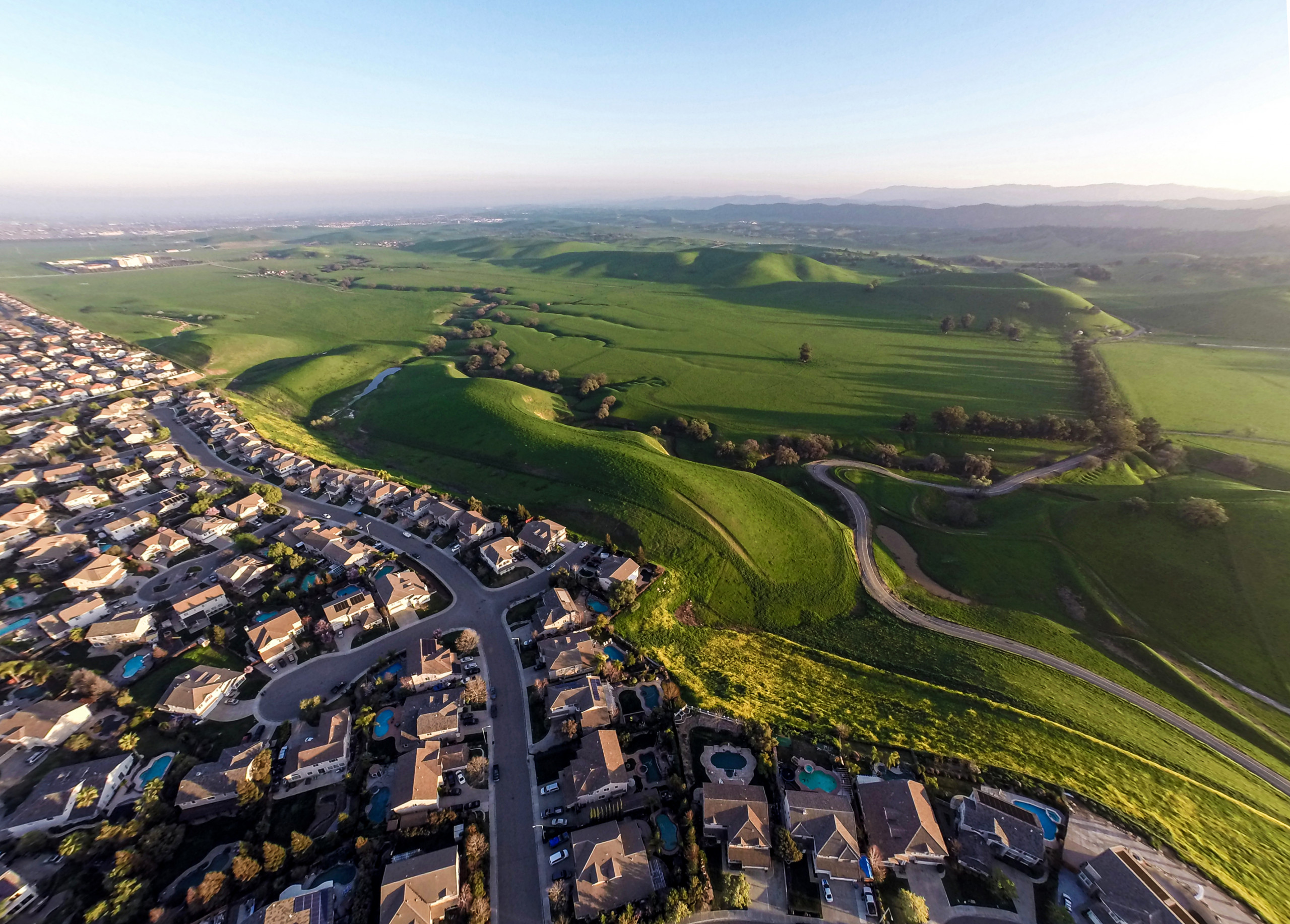 Part of Measure T was affirmed, and part was ruled in conflict with SB 330—a 2019 housing crisis law enacted after Measure T was qualified in 2018 but before the public voted in November 2020.

“Save Mount Diablo, the Antioch community, and our other good partners have been working to defend and protect the important open spaces of the Sand Creek Focus Area for years against various developers and lawsuits. This past November, 79 percent of Antioch voters approved our Measure T to give the Sand Creek area more protections. In the recent court ruling, our efforts were successful in saving the Antioch Urban Limit Line, which affords protections to Sand Creek, but other parts of Measure T were struck down. We are also proud that our Measure T gave Antioch voters a voice to express their clear desire that Sand Creek have more protections, and we hope Antioch officials will respect the overwhelming will of the people,” said Ted Clement, Save Mount Diablo’s Executive Director. 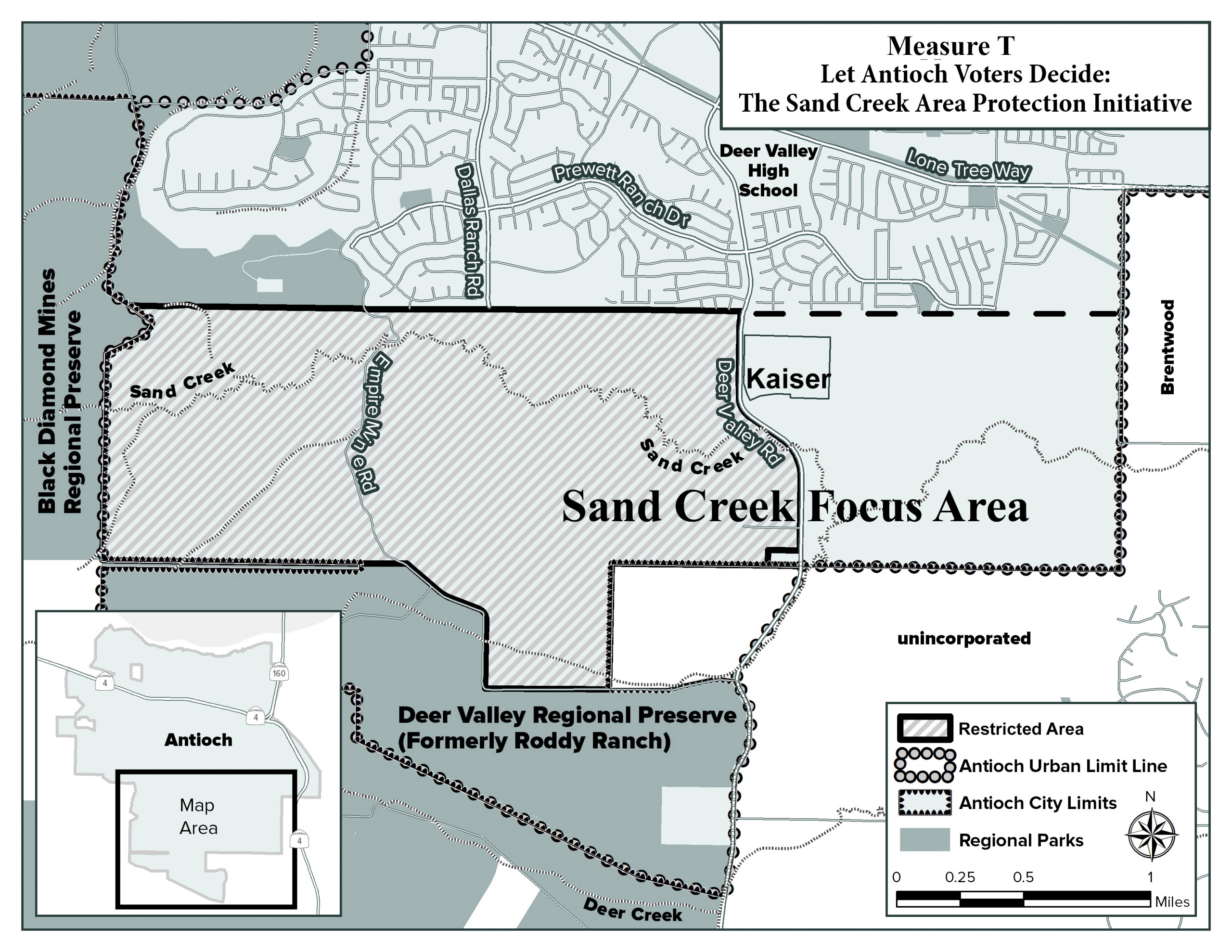 The four-mile-long Sand Creek Focus Area in southeast Antioch was added to the city in 1992. Kaiser Hospital and several developments were approved over the years in the area east of Deer Valley Road. When development was proposed west of Deer Valley Road in 2016, Antioch residents and community groups, including Save Mount Diablo, California Native Plant Society, Greenbelt Alliance, and Sierra Club formed a coalition to respond, the “Antioch Community to Save Sand Creek,” fiscally sponsored by Save Mount Diablo.

When developers and some Antioch City Council members at the time ignored the coalition’s concerns about the Sand Creek area, we drafted the “Let Antioch Voters Decide” initiative and qualified it in 2018 by collecting signatures from 9,000 Antioch voters. The initiative was later designated as Measure T.

The first two lawsuits delayed the measure from 2018 and resulted in Contra Costa Superior Court directing the City of Antioch to place the measure on the November 2020 ballot. It was designated Measure T.

Zeka Group and Oak Hill Park LLC/Richfield then filed three pre-election challenges trying to block Measure T from being placed on the ballot. Again, Save Mount Diablo defended the measure. These three legal challenges were unsuccessful. The Antioch coalition campaigned in favor of Measure T. In November 2020, Measure T received a supermajority approval of 79 percent of the vote.

After the election, in February 2021 Oak Hill Park LLC/Richfield once again challenged Measure T, based in part on SB 330. The state passed Senate Bill 330, the Housing Crisis Act of 2019, after the 2018 qualification of Measure T but before the November election. SB 330 established new rules about what initiatives and local jurisdictions can do to affect housing.

The court’s ruling finds that Measure T, with the exception of the provision extending the Urban Limit Line (ULL), conflicts with Senate Bill 330 and is therefore void. A requirement for a public vote for major development west of Kaiser Hospital and Deer Valley Road in the Sand Creek Focus Area, and a variety of development standards Measure T would have required, have been nullified.

“Our coalition educated Antioch residents about the Sand Creek and Empire Mine Road area,” said Seth Adams, Save Mount Diablo’s Land Conservation Director. “We saved the Antioch Urban Limit Line, built a strong grassroots coalition, established greater concern within the city council about the Sand Creek area, and received a very strong 79 percent election result of public support to help with the next steps. We’re in this for the long run. The work continues. We will oppose Zeka and Richfield, defend Black Diamond Mines Regional Preserve and Deer Valley Regional Park, and work to ensure that more of the Sand Creek area is protected.”

SB 330 was signed into law by Governor Newsom in October 2019. It’s designed to speed up housing construction in California during the next half-decade by slashing the time it takes to obtain building permits, limiting fee increases on housing applications, and barring local governments from reducing the number of homes that can be built. Although it’s meant to encourage affordable housing, Antioch already provides more affordable housing than most cities.

The Antioch coalition qualified our initiative, and the Antioch City Council adopted it, long before SB 330 was signed into law. It was only because of lawsuits from developers Zeka Group and Oak Hill Park LLC/Richfield that our initiative was delayed until a judge sent our initiative to the November 2020 ballot, where we won in a 79 percent landslide. But by then, SB 330 had been signed.

Because of all this, we’ve known that some parts of Measure T might be struck down in court, and other parts might be “severed” and survive. Based on the court’s tentative ruling, that’s what’s happened.

Measure T has saved the Antioch Urban Limit Line. However, the rest of the initiative was struck down.

Seventy-nine percent of Antioch residents sent a resounding message in November that they want a direct voice in how the land west of Deer Valley Road in south Antioch is developed. That is, four out of five Antioch residents want increased protection of the land for wildlife and scenery, and less traffic and strain on city services.

It is now up to the Antioch City Council to support the will of the voters in overwhelmingly passing Measure T, while balancing it with the provisions of SB 330.

Zeka Group (640 acres west of Empire Mine Road and next to Black Diamond Mines Regional Preserve) and Oak Hill Park LLC/Richfield (420 acres next to Deer Valley Regional Park) can propose development on their parcels. However, their projects require General Plan amendments, which the Antioch City Council can reject.

The Antioch City Council now has the opportunity to add much of Measure T to the Antioch General Plan, and to refuse to approve General Plan amendments requested by the Zeka Group and Oak Hill Park LLC/Richfield developers.

Please ask the Antioch City Council to stand with Antioch Community to Save Sand Creek, 79 percent of Antioch voters, and Antioch’s wildlife and beautiful open space to

In your email, you can say,

“Dear [insert each person’s name and title here; see their names and titles below], please continue to be our partner in enacting Measure T and defending Antioch’s wildlife, hills, creeks, views, and open space. Please add Measure T’s provisions to the Antioch General Plan, transfer housing units out of the initiative area west of Deer Valley Road, and protect beautiful Empire Mine Road as a public trail.”

The Antioch Community to Save Sand Creek, sponsored by Save Mount Diablo, is a coalition of Antioch residents and environmental groups, including Save Mount Diablo, California Native Plant Society, Greenbelt Alliance, and Sierra Club.