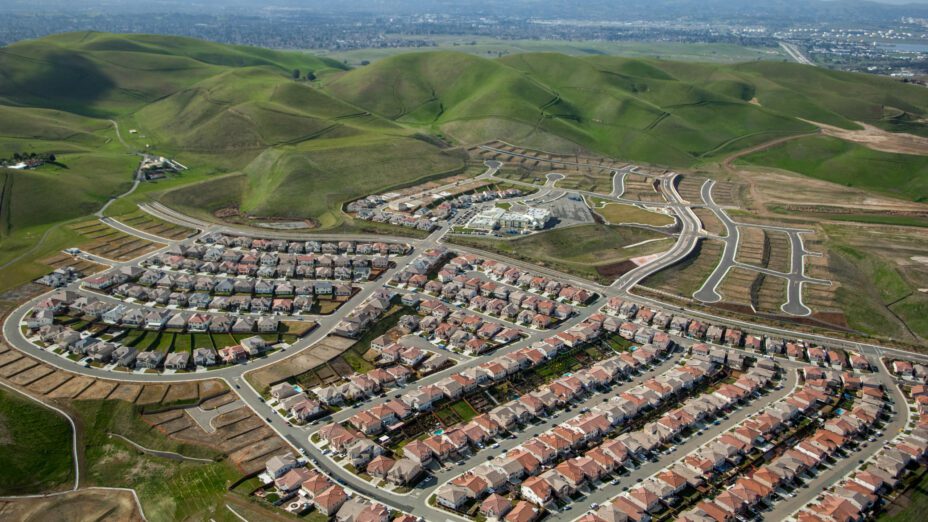 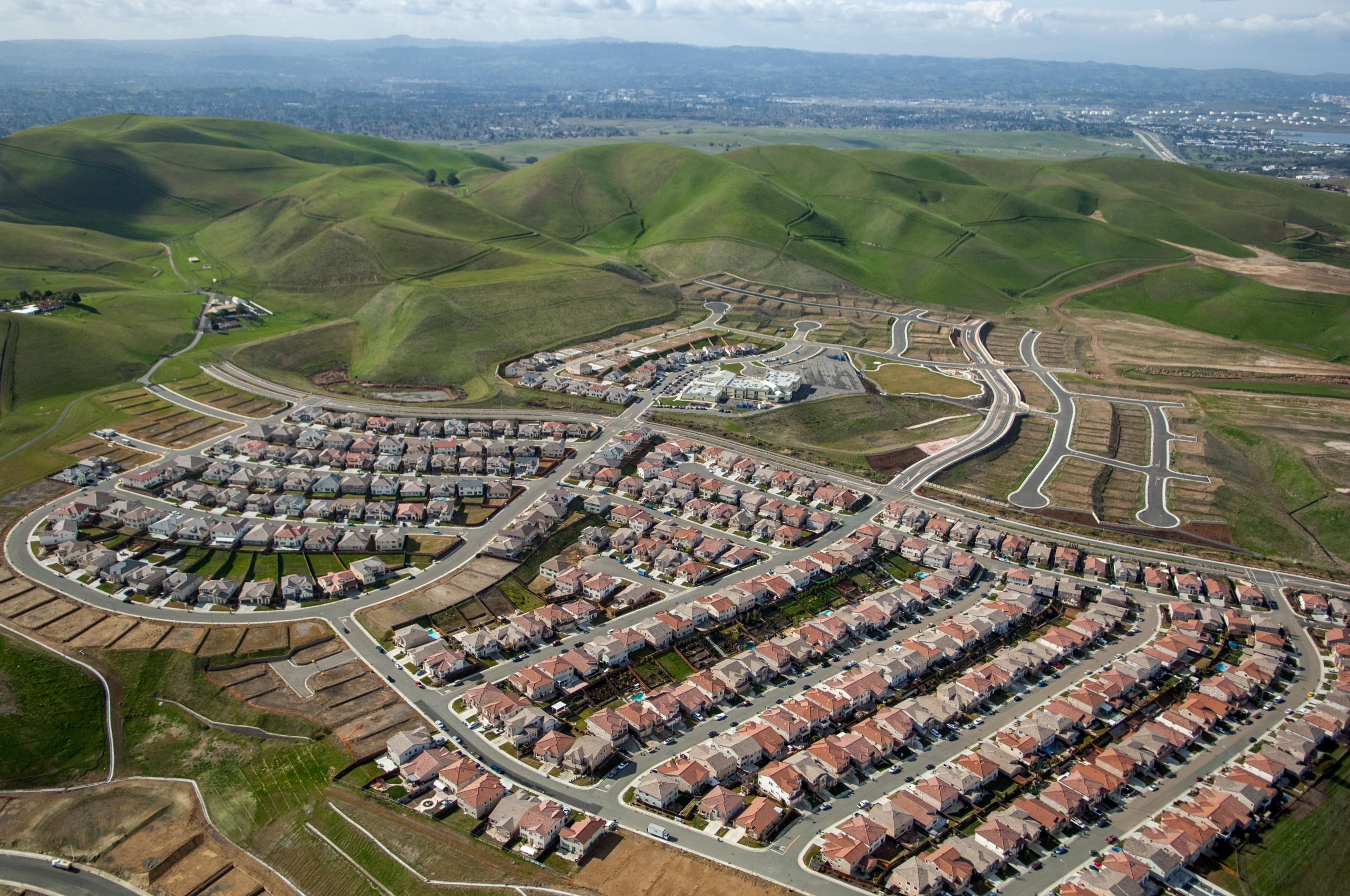 CONTRA COSTA COUNTY— Discovery Builders’ Faria project would damage the major ridgeline between east and central Contra Costa County, threaten views from throughout the region, and impact the new regional park on the Concord side of the ridge.

On March 30, 2021, Save Mount Diablo filed a lawsuit challenging the City of Pittsburg’s approval of the Seeno-owned Discovery Builders’ 1,650-unit Faria project, on the ridgeline between Pittsburg and Concord.

“Save Mount Diablo is simply trying to protect one of the East Bay’s most prominent and well-known ridgelines. The Pittsburg City Council approved Seeno Discovery Builders’ Faria project.  If we do nothing, massive grading will take place; the project will be built; the ridge damaged; other natural resources, including scenic vistas, will be harmed; and the new regional park, which we advocated for over many years, will be negatively impacted,” said Ted Clement, Executive Director, Save Mount Diablo. 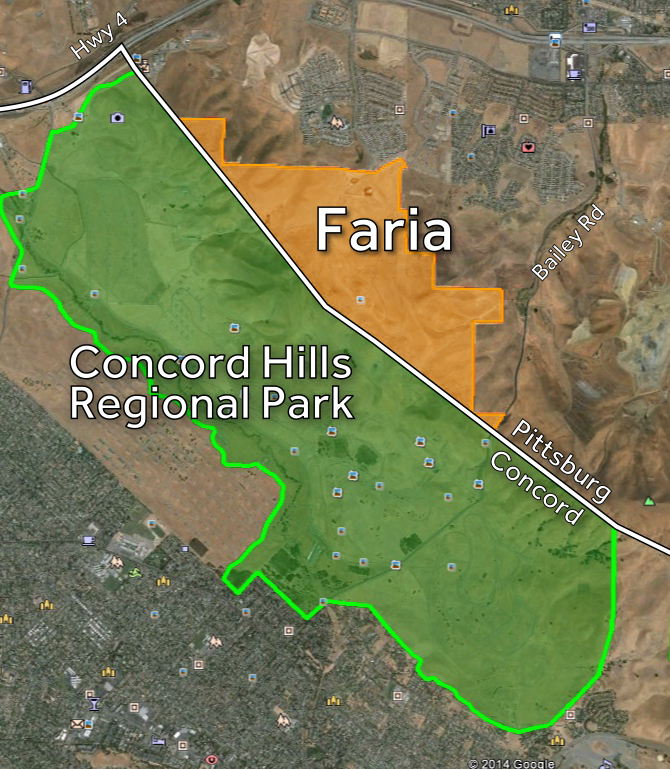 Save Mount Diablo’s lawsuit challenges the February 22, 2021 approval of the Faria project by the Pittsburg City Council. The city council ignored hundreds of letters and public comments that opposed the project.

The Faria site is rugged, landslide prone, and badly suited for development, which will only be possible with massive grading. The project as approved by the city authorizes the development of a major, new residential subdivision on 606 acres of ridgeline and hillside grazing land in what is currently unincorporated Contra Costa County, immediately south of the City of Pittsburg.

The biologically rich site supports sensitive wildlife species and rare plants and is in one of the most visible and most environmentally constrained areas of the county.

The Faria project would change the beautiful green hills forever by annexing the property to the City of Pittsburg and locating 1,650 new residences far from jobs, transit, and services. As a result, rare habitat for special status species would be lost. The extensive grading would increase landslide risks and degrade creeks and streams. Building in the wildland urban interface would create new wildfire risks and strain the City of Pittsburg’s existing firefighting services. Traffic on Bailey Road, San Marco Blvd, and Highway 4 would be made much worse.

The Faria project would also impact the new Concord Hills Regional Park, which the East Bay Regional Park District (EBRPD) has long planned at the former Concord Naval Weapons Station at the Faria site’s southwestern edge. The Faria project would sit directly above the new park on a ridgeline, degrading views from surrounding areas. It would fragment open space and damage wildlife corridors.

The Concord Hills Regional Park Land Use Plan provides for public access, preserves 95 percent of the area’s natural habitat, and honors the unique natural and human history of the land.

According to an August 21, 2020 media release by EBRPD: “This approval paved the way for the Park District to begin work on park and trail development of the 2,540-plus-acre regional park at the former Concord Naval Weapons Station and was the product of two decades of community advocacy and partnership amongst the Park District, U.S. Navy, National Park Service, City of Concord, with overwhelming support from the residents of Central Costa County.

“Despite a thorough environmental analysis of the new Regional Park’s plans, which include public access for recreation, permanent preservation of the land as natural habitat, and a joint visitor center with the National Park Services that will also honor the Black sailors who died in the massive Port Chicago explosion, Mr. Seeno’s Discovery Builders and Faria Land Investors filed suit to stop the new regional park. In their lawsuit, Mr. Seeno alleges that the Park, after a decades long collaborative planning efforts to protect and preserve open space, would cause undisclosed impacts on the environment and would impact their planned Faria residential development in Pittsburg on a 606-acre parcel adjacent to the ridgeline of the park,” stated the media release.

By comparison, next door and above the new park, Faria would include hundreds of acres of impacts. The City of Pittsburg prepared an Environmental Impact Report (EIR) that fell far short of CEQA’s requirements. Among other flaws, the EIR lacks adequate analysis of numerous impacts, including biological resources, water supply, wildfire, traffic, and land use. The EIR failed to provide an adequate project description, for example, by omitting information about the location of elements of the planned residential development and about related public services, such as water consumption rates. It also failed to discuss appropriate alternatives. And the mitigation adopted for many impacts is plainly inadequate or ineffective.

Save Mount Diablo is not opposed to all growth. Pittsburg has thousands of housing units already approved but not yet built, including units at Seeno’s San Marco, Sky Ranch II, Montreux, and Tuscany Meadows projects and now including Faria. A smaller or more compact Faria project could easily protect the beautiful ridge, expand the new regional park onto the Pittsburg side, and provide easy public access for Pittsburg residents.

According to Pittsburg’s Current Project Pipeline List, there are currently 5,853 housing units approved or under construction, 88 percent of them by Seeno’s Discovery Builders (5,141 housing units). Those units represent approximately 60,000 new car trips per day that will soon impact local roads and Highway 4.

According to Clement, “Throughout the East Bay, residents have worked hard to protect our ridges and views, and to defend our parks. Pittsburg residents deserve the same protections and quality of life.”