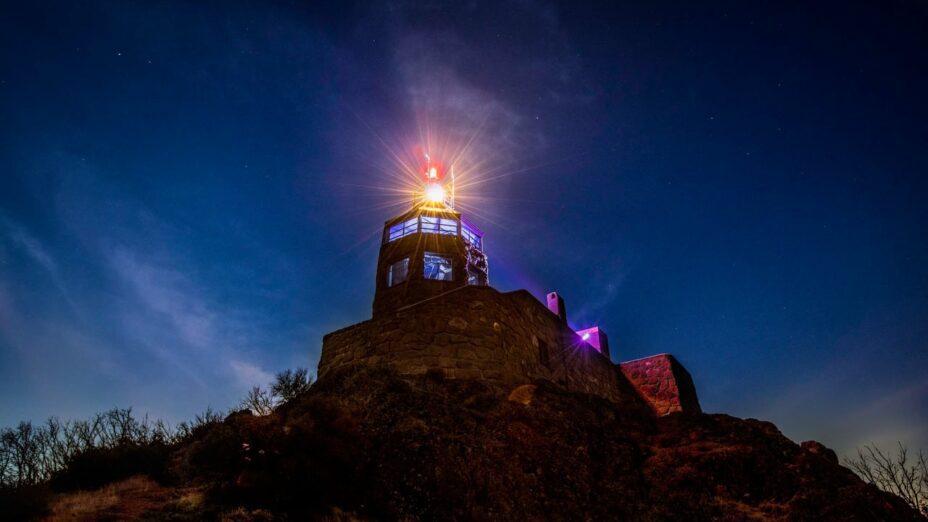 In a 45-minute video, three local East Bay survivors of the Pearl Harbor attack will recount their experiences that fateful day. Speakers will then pay tribute to those who sacrificed their lives and honor those yet living, “Lest We Forget” the tragedy that befell the country nearly eight decades ago and the way we came together after the attack. 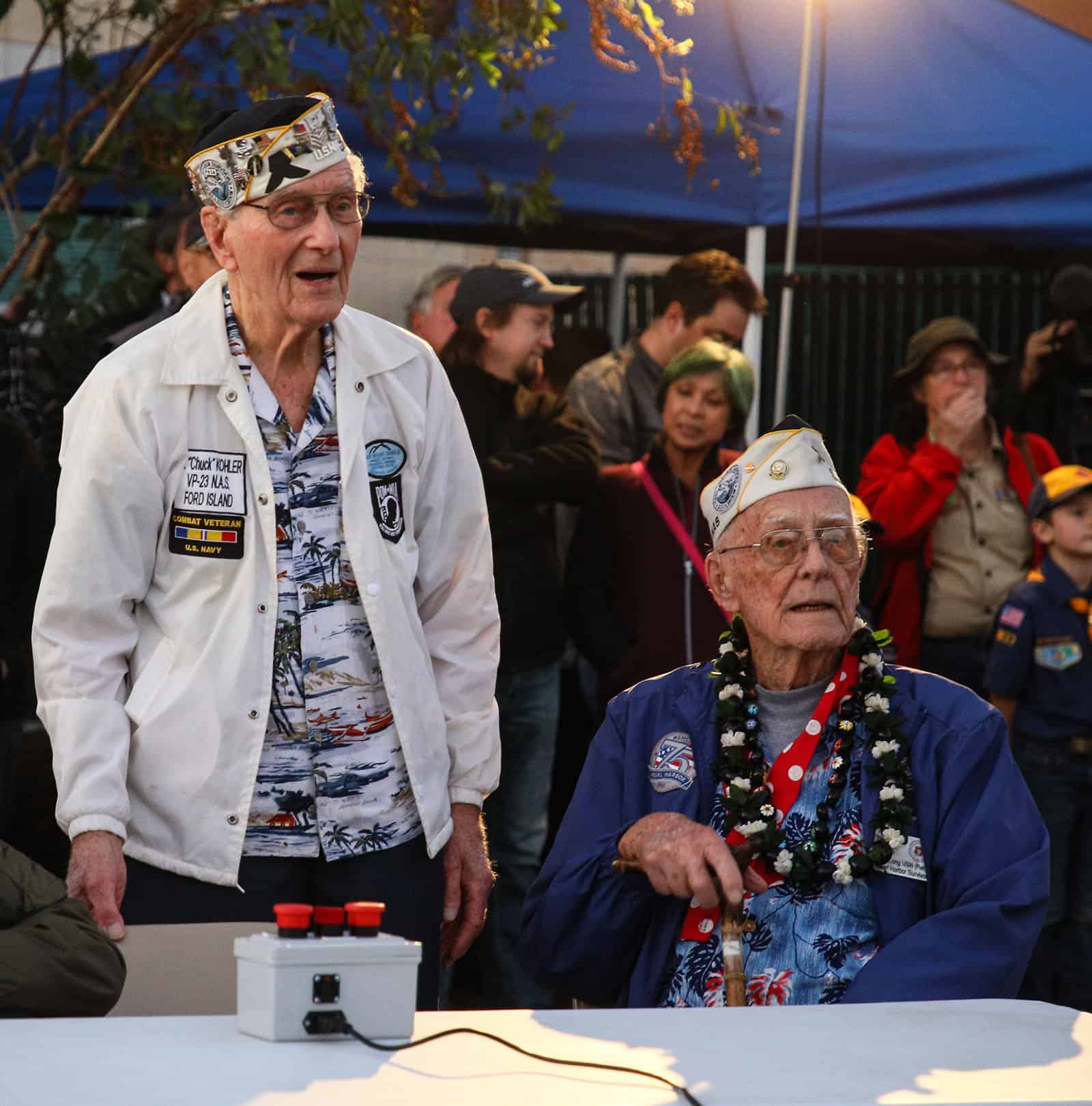 As a final tribute, the “Eye of Diablo” Beacon will be lit, to shine throughout the night as a tribute to those who served and as a reminder of our strength as a nation when we come together.

“When that Beacon light is turned on, that’s a tribute to those individuals who lost their lives at Pearl Harbor,” said Pearl Harbor survivor Earl “Chuck” Kohler from Concord.

Save Mount Diablo’s Executive Director Ted Clement noted, “This year it is especially important that we come together as a nation to honor National Pearl Harbor Remembrance Day and those who served. Reflecting on that day and the aftermath reminds us of the strength of our nation when we come together even amidst great adversity. Our December 7th virtual event will enable more people to come together on this important day.” 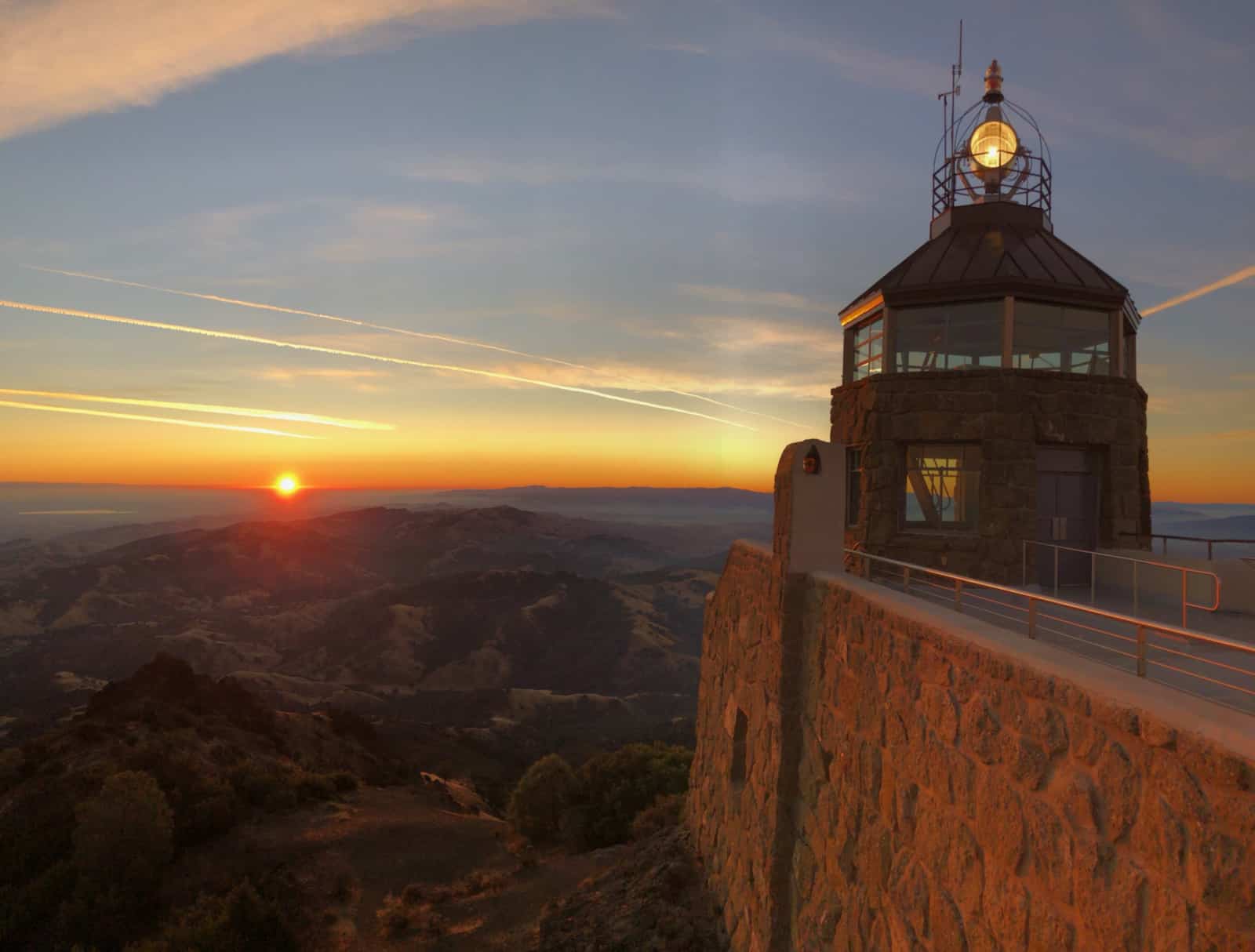 Eddie Guaracha, California State Parks Diablo Range District Superintendent, stated, “As we reflect on this historic event, it is not only critical to remember the many lives that were lost, but also to remember the selfless acts undertaken by many on this fateful day. This is the spirit of our country in critical times. It is an honor to represent California State Parks on this momentous occasion, and I hope we can all remember to radiate kindness toward one another, as we remember those who gave all on this day.”

“As we pass through difficult, often divisive times ourselves, the sacrifices borne by the American people following that fateful morning some 79 years ago should give us all an enormous sense of pride, and most importantly, hope for the future. Cal State East Bay is honored to once again participate in this annual act of remembrance,” said Robert Phelps, Director of the California State University–East Bay (Concord Campus).

The U.S. Postal Service, in commemoration of this year’s National Pearl Harbor Remembrance Day, is issuing a special pictorial postmark. The postmark can be obtained by following the instructions here.

Those interested in witnessing this year’s virtual Pearl Harbor Remembrance Day Ceremony can find the video link on Save Mount Diablo’s home page at 4:30 PM on December 7th at www.savemountdiablo.org. 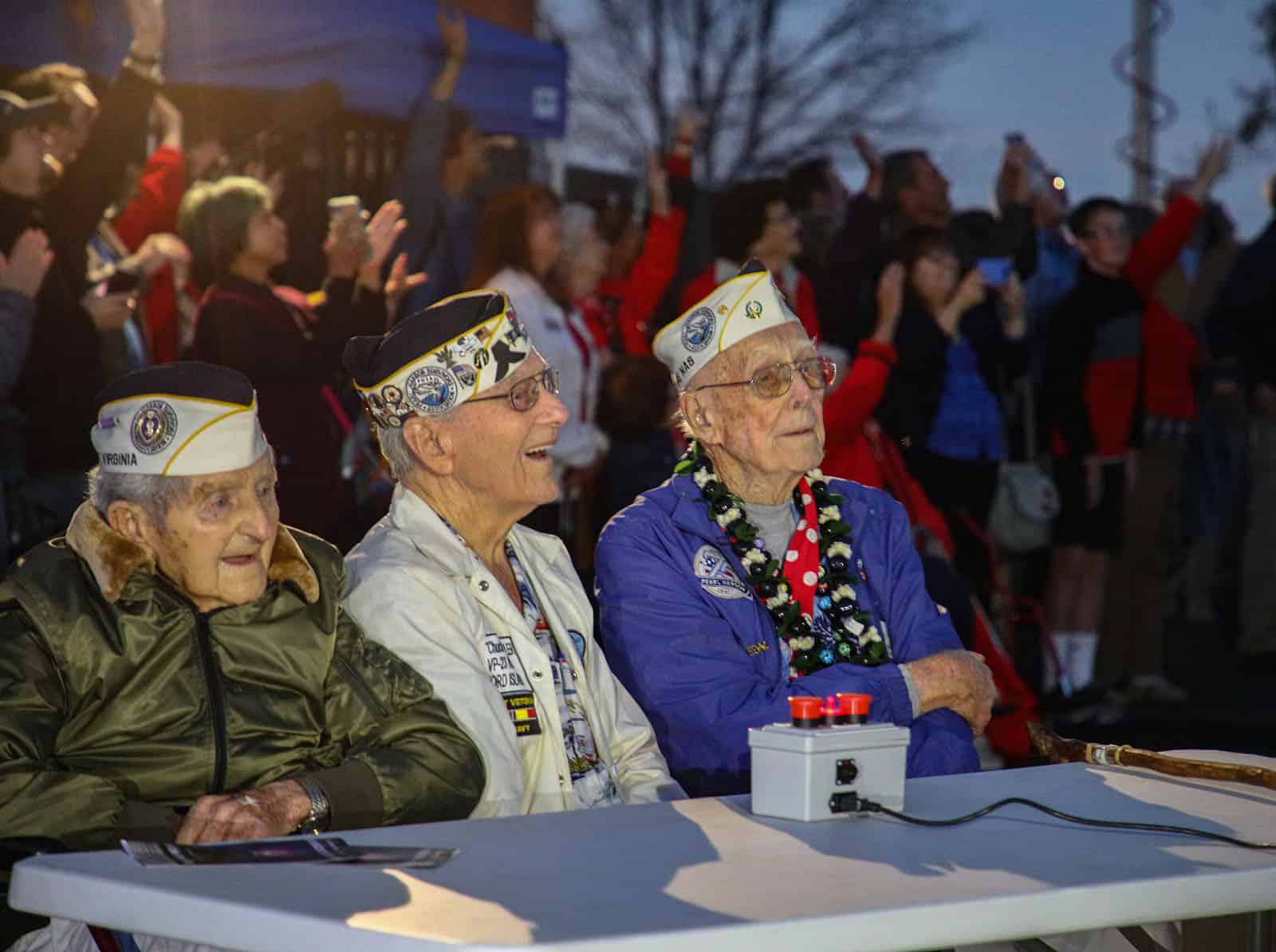 Every year since 1964, the Pearl Harbor survivors and their families have memorialized Pearl Harbor Day by relighting the historic Beacon atop Mount Diablo’s summit.

The Beacon was originally lit by Charles Lindbergh in 1928 to assist in the early days of commercial aviation. The Beacon shone from the summit of Mount Diablo each night until December 8, 1941, the day after the attack on Pearl Harbor.

One of the bright lights provided to the San Francisco Bay Area during this pandemic is the Mount Diablo Beacon, which Save Mount Diablo staff and volunteers light every Sunday night after sunset so that the Beacon can shine brightly through the darkness until it is rested after sunrise on Monday.

Save Mount Diablo’s lighting of the Beacon every week is a way to thank our heroes in these troubling times, to help our communities come together, and to remind people to lift their eyes to the light and nature.

SMD is a nationally accredited, nonprofit land trust founded in 1971 with a mission to preserve Mount Diablo’s peaks, surrounding foothills, and watersheds through land acquisition and preservation strategies designed to protect the mountain’s natural beauty, biological diversity, and historic and agricultural heritage; enhance our area’s quality of life; and provide recreational opportunities consistent with the protection of natural resources. Learn more at www.savemountdiablo.org.

To provide for the health, inspiration, and education of the people of California by helping to preserve the state’s extraordinary biological diversity, protecting its most valued natural and cultural resources, and creating opportunities for high-quality outdoor recreation. Learn more at www.parks.ca.gov.

It is the mission of the SDPHS to create programs that inspire youth and adults to learn and document the history of the beginning of WWII and the days that followed from people who experienced it and from their ancestors. Learn more at www.sdphs.org.

Cal State East Bay welcomes and supports a diverse student body with academically rich, culturally relevant learning experiences that prepare students to apply their education to meaningful lifework, and to be socially responsible contributors to society. Through its educational programs and activities, the university strives to meet the educational needs and to contribute to the vitality of the East Bay, the state, the nation, and global communities. Learn more at www.csueastbay.edu.

As a community service, the Postal Service™ offers pictorial postmarks to commemorate local events celebrated in communities throughout the nation.

Those who wish to obtain the postmark may submit a mail order request. Requests must be postmarked no later than 30 days following the requested pictorial postmark date.

All requests must include a stamped envelope or postcard bearing at least the minimum First-Class Mail® postage. Items submitted for postmark may not include postage issued after the date of the requested postmark. Such items will be returned unserviced.

Customers can also send stamped envelopes and postcards without addresses for postmark, as long as they supply a larger envelope with adequate postage and their return address. After applying the pictorial postmark, the Postal Service returns the items (with or without addresses) under addressed protective cover.