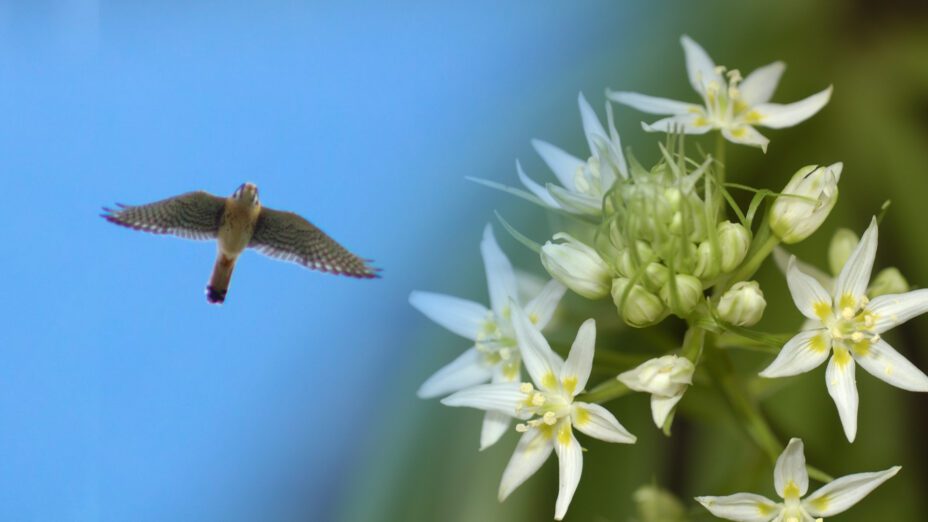 Mount Diablo is one of the biggest wildlife hubs in the greater San Francisco Bay Area.

In the springtime, the mountain is a mosaic of different colors, enhancing the scenery. California poppies light up fields with a fiery orange, lupines make the mountain feel noble with their royal purple.

The mountain is a paradise for botanists, birders, hikers, cyclists, and runners. Impressively, out of all the native plants that grow in the entire state of California (this is over 163,000 square miles of space), you can find 10 percent on Mount Diablo!

However, there are some new—and often pesky—visitors on the mountain. Most of the wildlife found on Mount Diablo is native, but there are many invasive species. Can you tell the difference between invasive and native species? 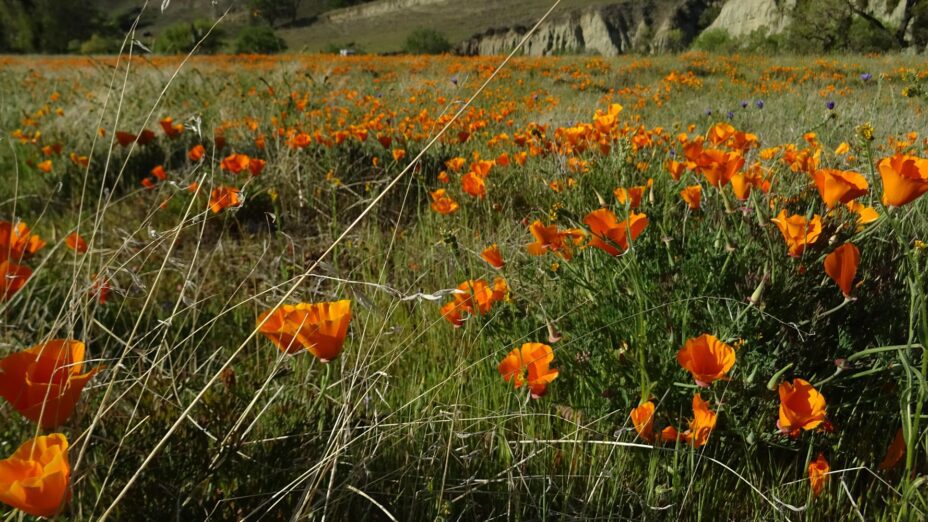 If a species is endemic, it means that it is restricted or peculiar to a locality or region.

If a species is native, it has evolved in its location without human intervention. Often it’s existed in that region or ecosystem for hundreds or thousands of years and plays a critical role in that ecosystem.

Some natives like the Mount Diablo fairy lantern are endemic, but not all natives are endemic to California or Mount Diablo. For example, Indian lettuce (Claytonia perfoliata) can be found throughout most of the West Coast of the United States. And native birds like the American kestrel (Falco sparverius) live across the entire country.

If a species is non-native or invasive, it means that it was not native to a region and was brought to the area because of human intervention, intentionally or unintentionally.

Invasive plants can cause serious problems for an ecosystem, out-competing native species for food, water, or habitat. Non-natives that are not invasive are usually not as troublesome.

Get Ready to Guess!

Answers are at the end of the blog post.

A fan-favorite plant, this is a member of the daisy and sunflower family. The flowers are bright yellow and daisy-like, with ridged petals. 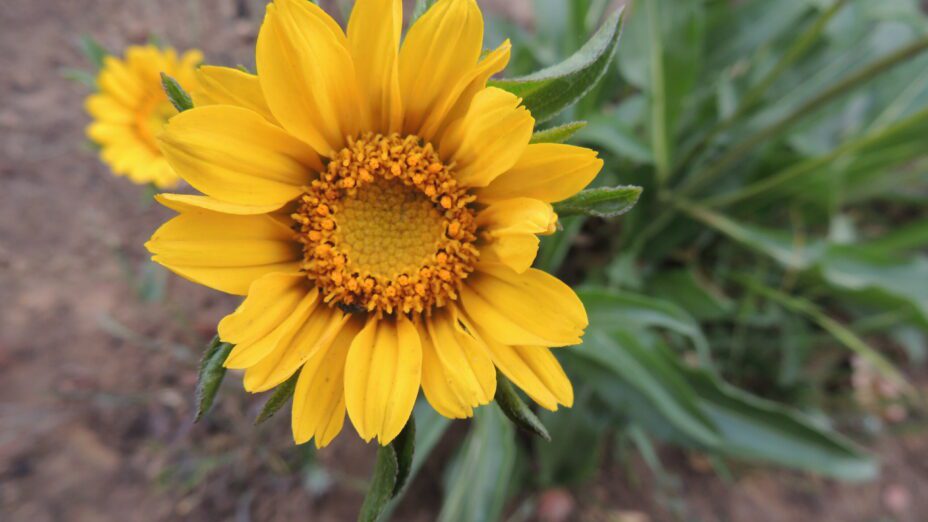 Hint: What does the name suggest?

This wildflower blooms in the spring on Mount Diablo. The word Calochortus in its scientific name (Calochortus venustus) translates to “beautiful grass” in Greek. 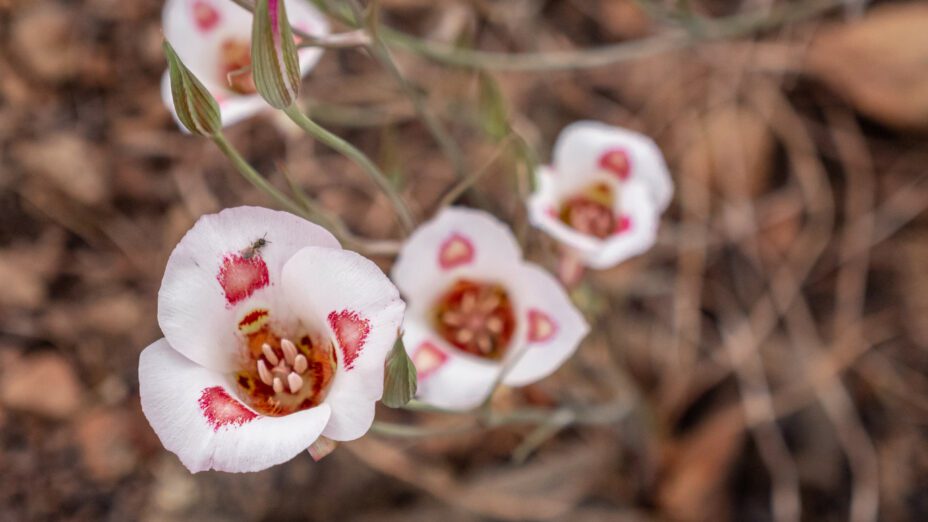 You’ve likely seen this plant in grassland areas. It is most distinguished by its yellow flower heads. 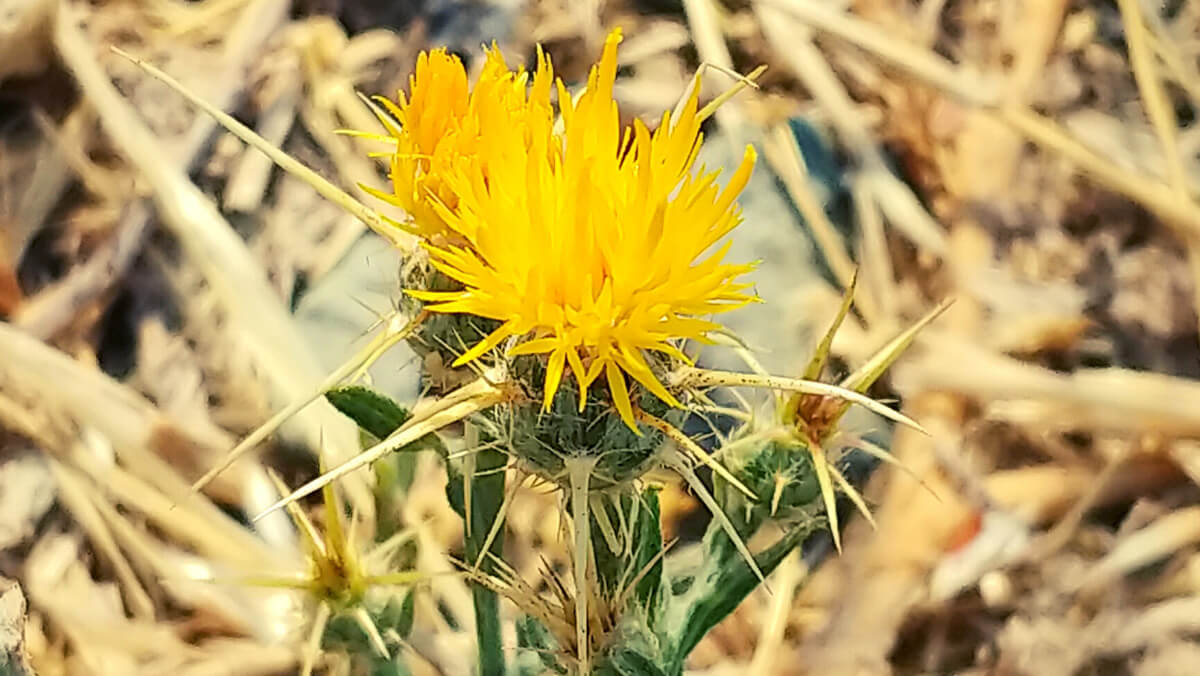 Hint: This plant sometimes covers entire fields, with very few other plants around it.

A member of the blackbird family, this bird lives year-round on Mount Diablo. 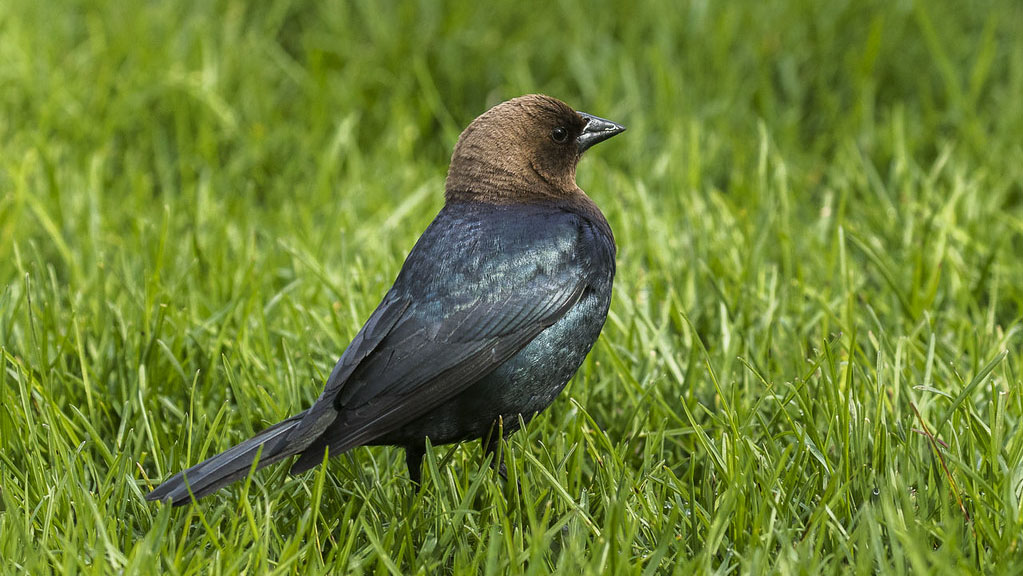 Hint: As the name suggests, you can find this bird where the cows live. Are cows invasive?

If you’ve hiked on the mountain long enough, you may have run into one. You’ve likely seen torn-up ground where they’ve been. 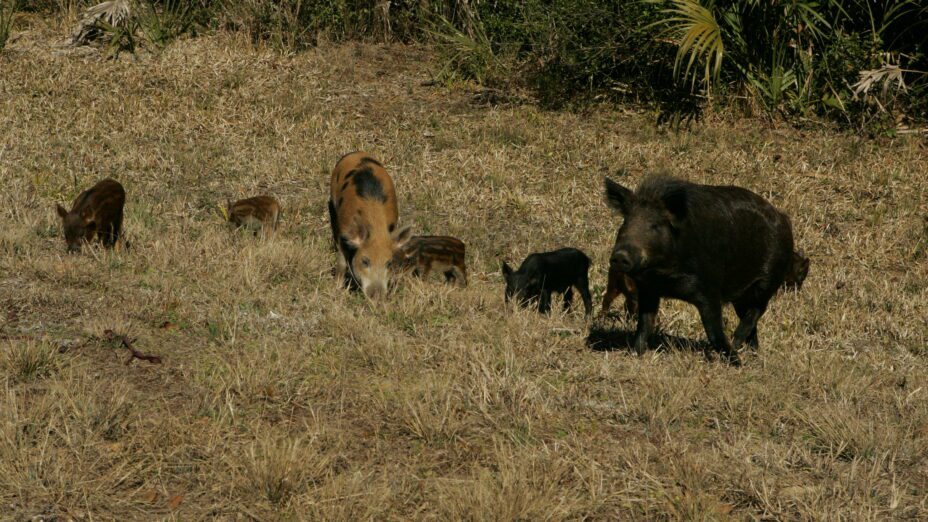 Photo: US Fish and Wildlife Service / CC BY

Hint: You may have seen boar traps on your hikes.

Turkeys are in some ways an American icon. Turkeys are also common to find around the foothills of Mount Diablo, or even the suburbs.

Hint: The story goes that the first Pilgrims ate turkey on the first Thanksgiving. The East Coast is a long way away. . . .

Both fearless and elusive, American badgers have been spotted in the Diablo region several times in recent years. Are they making a comeback or are they moving in? 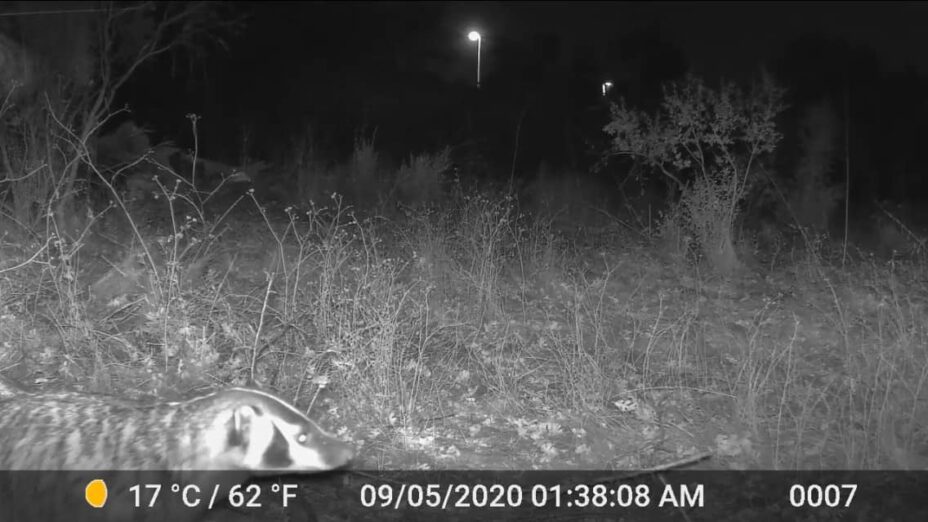 Hint: American badgers are sensitive to land management practices, particularly the use of some types of poisons that affect their prey species.

With so many oak woodland and oak savannas on and around Mount Diablo, oak trees are one of the defining features of Mount Diablo’s environment. 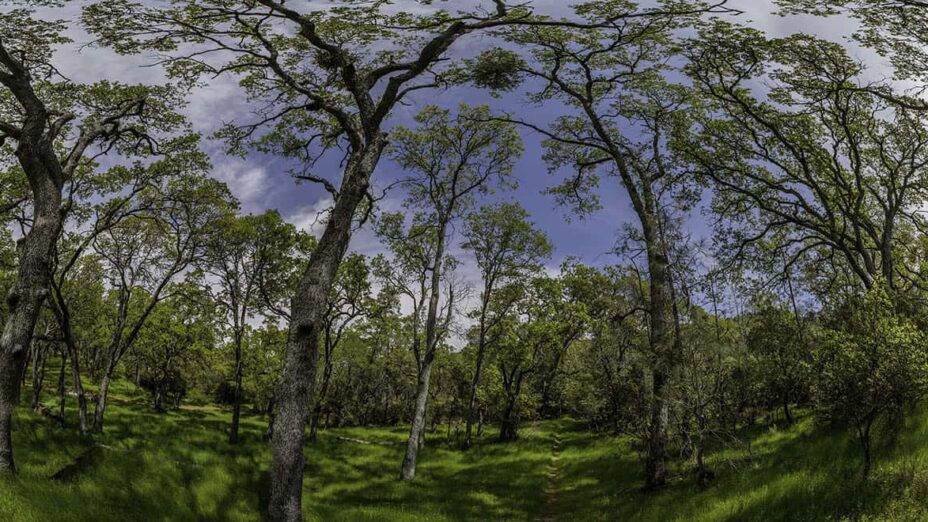 Hint: There are a lot of different oak trees on Mount Diablo, such as blue oak, coastal live oak, interior live oak, and canyon live oak. They must have been here awhile to have this many species around, right?

You’ll find these trees across Mount Diablo’s foothills and the surrounding area. There is even a designated eucalyptus grove in Clayton. 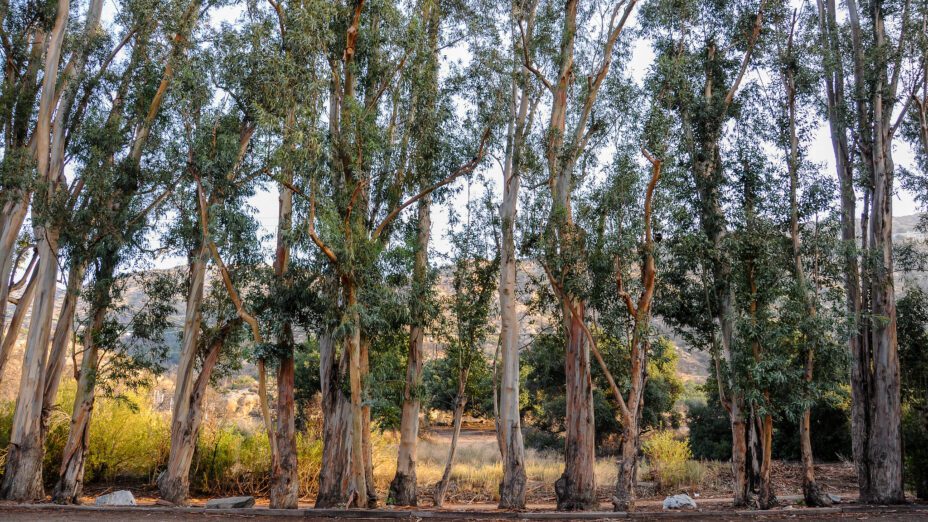 Hint: There is one animal that solely eats eucalyptus leaves. Think of this animal and that might give you a good guess.

Pick one up and blow a wish! These plants often make pretty yellow fields. 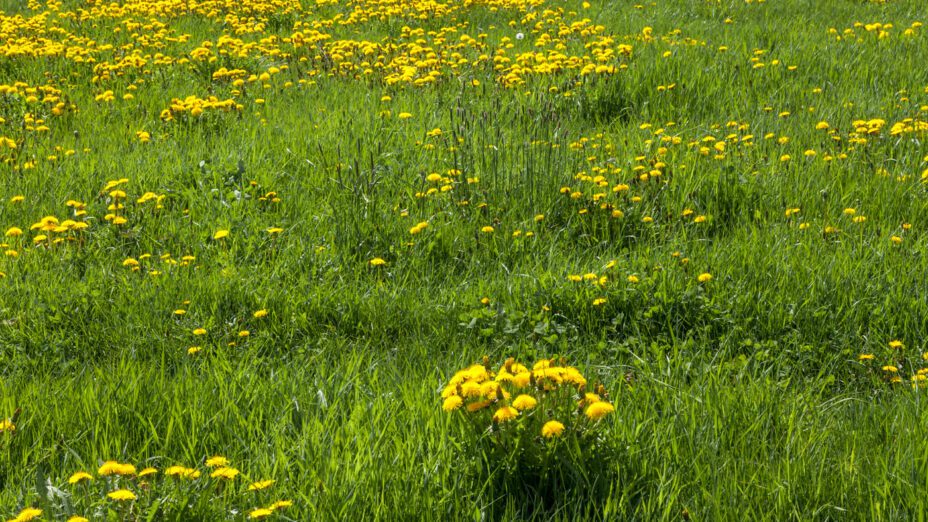 Hint: This flower is known to attract and feed bees, but often these will be non-native bees.

You know those pesky barbed pieces of grass that get stuck in your socks and shoes when you walk through a field? Those might be barbed goat grass. 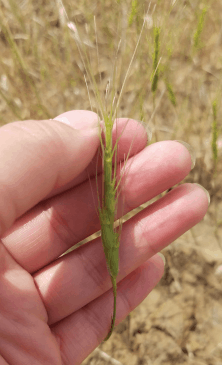 Hint: These barbed pieces of grass are definitely annoying, but are they damaging to wildlife or other animals?

Mount Diablo Sunflower—Native and Endemic: This flower is only found in the San Francisco Bay Area, mostly around Mount Diablo State Park.

Butterfly Mariposa Lily—Native: Commonly found in the Sierra Nevada foothills, or in other high Californian places from 1,000 to 4,000 feet, this species is used for food by several indigenous Californian tribes. They unearth the bulbs of this flower and eat them raw or cook them in several different ways.

Yellow Star Thistle—Invasive: This is a noxious weed, meaning it injures agricultural crops, habitats, ecosystems, humans, or livestock. This prickly plant poses physical threats to both humans and animals, especially to those animals that eat it.

Brown-Headed Cowbird—Invasive: Although native to the Great Plains of the US, these birds are invasive to California. They have a symbiotic relation with herding animals, and as people dispersed across the country, clearing forests and expanding livestock, this bird followed.

Feral Boar—Invasive: Wild pigs are not native to North America and are something of a super invader. They are very damaging for the ecosystem and can be a huge financial burden.

Turkey—Non-Native: The wild turkeys found in the Bay Area are originally from Texas. Therefore, they are not native. Assessing whether turkeys have minimal or harmful impacts on the ecosystem is still up for debate, so for now, they’re usually not qualified as invasive, but just non-native.

American Badger—Native: Once frequently found in the Diablo region, they vanished in the 1970s. However, they’ve been reappearing, highlighting the need for land protection and better land management for wildlife.

Oak Tree—Native: All of the oak trees in Mount Diablo State Park are natives! They create and support healthy ecosystems for other native plants, fungi, and wildlife and are often a main source of food for wildlife.

Eucalyptuses Tree—Non-Native; Can Be Invasive: Eucalyptuses are the same trees that koalas eat and spend their entire lives in. Many were introduced to California more than 100 years ago. They have negative effects on streams because of their chemical composition and are very flammable. Some species, such as blue gum (Eucalyptus globulus), are invasive.

Common Dandelion—Non-Native: Common dandelions are native to Eurasia and non-native to California. It is believed they first came over with the Mayflower. They don’t pose any real threat to the local ecosystem but are invasive in Alaska and Oregon.

Barbed Goat Grass—Invasive: This plant came to North America from Europe and western Asia with the trade of cattle, but ironically, cattle don’t like the taste of this plant, so they won’t eat it. Barbed goat grass is dangerous to native plants because it grows fast and takes resources. It can also injure livestock.

How Can You Help Native Species?

As you might guess, there are many invasive species living on Mount Diablo that pose threats to native flora and fauna. This is one of the reasons that we focus on native restoration at our properties.

There are also many natives living on the mountain. About a quarter of Mount Diablo’s 900 plant species are native, but non-natives represent a vast majority of what is seen in grassland areas.

If you want to help out native species, consider planting a native plant garden or sign up for a DiRT day.