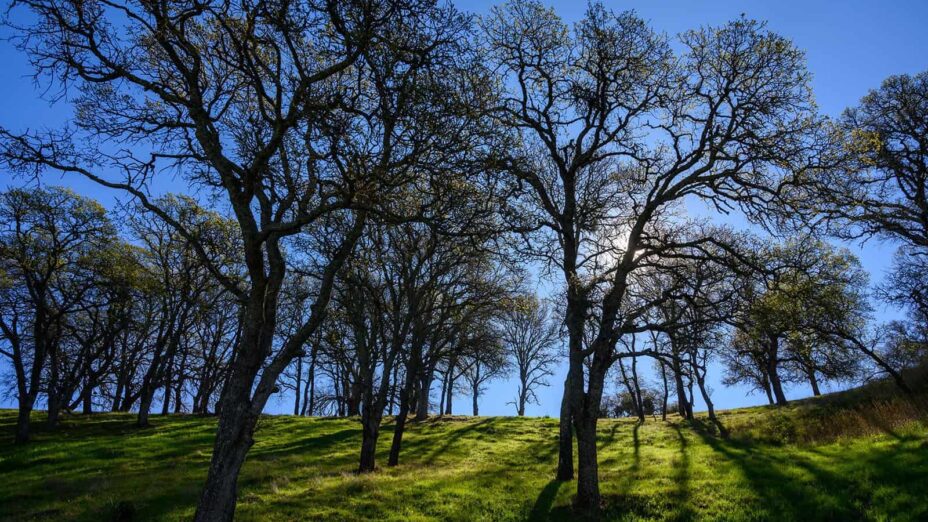 Clayton, CA—Save Mount Diablo (SMD) has successfully closed escrow and become the proud new owner of the beautiful and strategic 28.73-acre Smith Canyon, east of Clayton. It could eventually be a recreational gateway to Curry Canyon and Mount Diablo State Park from Morgan Territory Road. It is one of several properties Save Mount Diablo is raising funds to protect with the final $2 million in fundraising of its $15 million Forever Wild Capital Campaign. 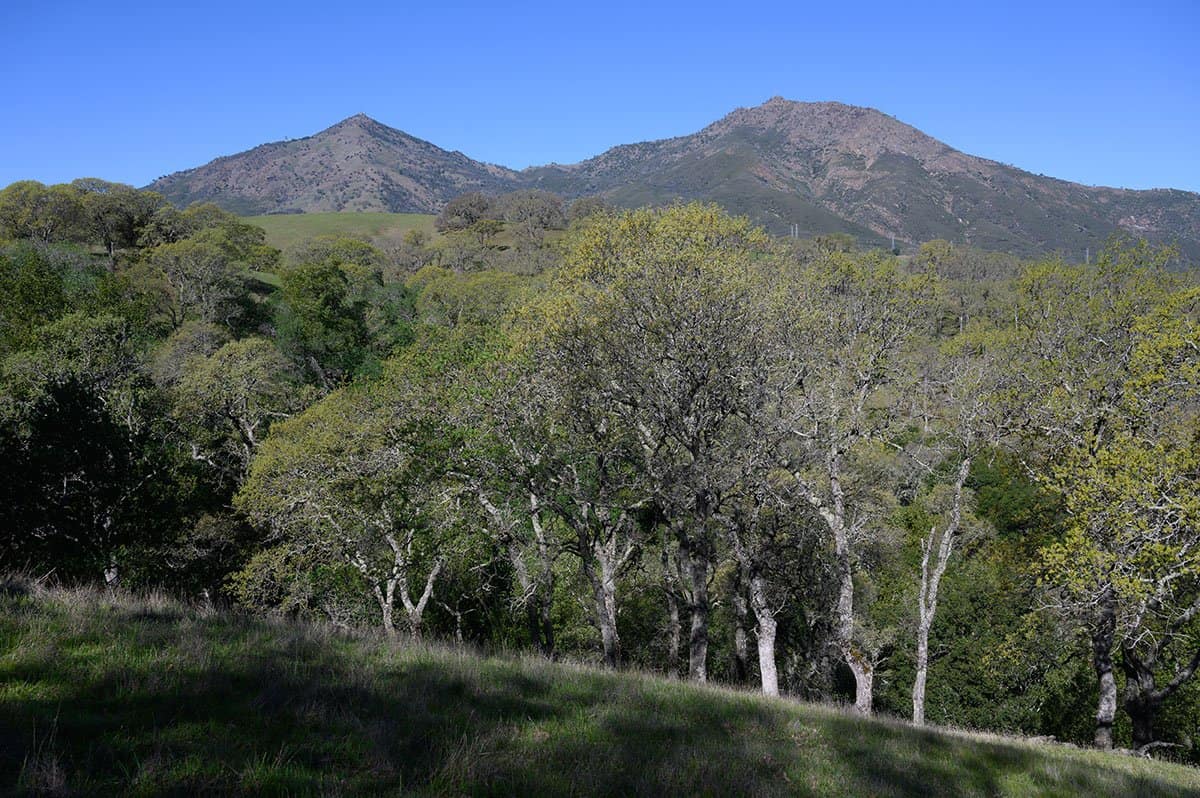 Narrow Curry Canyon and Curry Canyon Road have been contemplated as an eastside entrance to Mount Diablo for more than 110 years, but complicated legal access issues have made public access difficult. 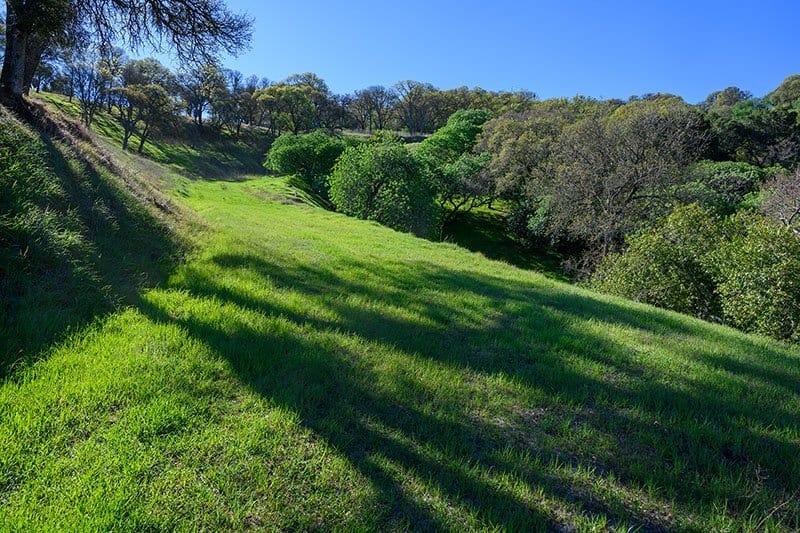 “Despite limited rain this spring, it’s bright green and wildflowers are appearing everywhere. There were several approved subdivisions on the property that luckily never took place, but the large building pads show how threatened it has been. Its purchase is another piece in our Curry Canyon puzzle and ends that threat forever.” 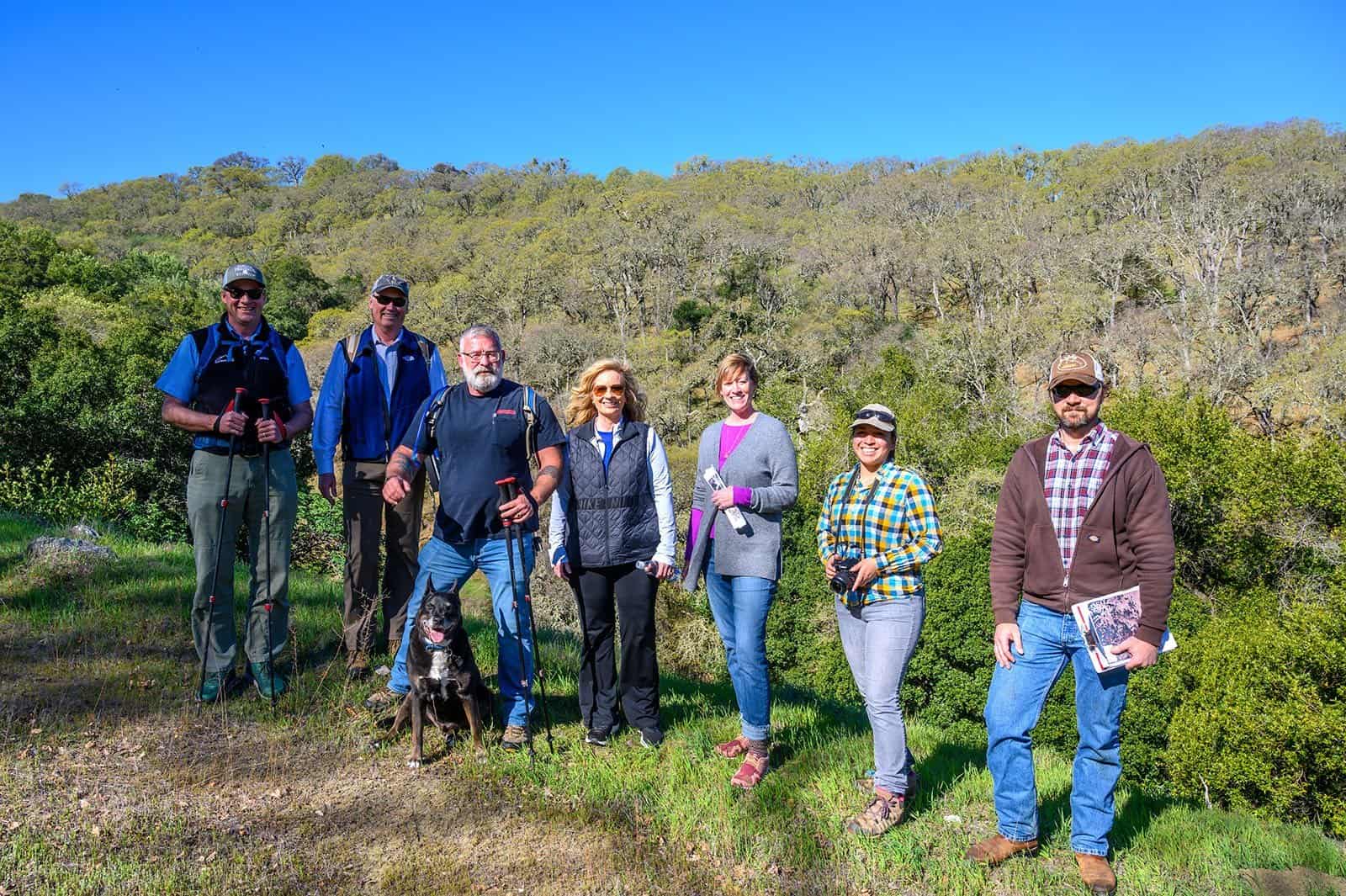 In addition to its value for recreational and other access, Smith Canyon is important from a conservation perspective. The land has blue oak woodlands, grasslands, and a live oak-bay riparian corridor. California red-legged frog and Alameda whipsnake are special status species likely to be present on the property. Further, the land is contiguous with Save Mount Diablo’s conserved Curry Canyon Ranch, so its protection adds to the important corridor of conserved lands in the Mount Diablo area, which is critical for wildlife and water resources. The land also affords beautiful scenic vistas to passersby on the public Morgan Territory Road. 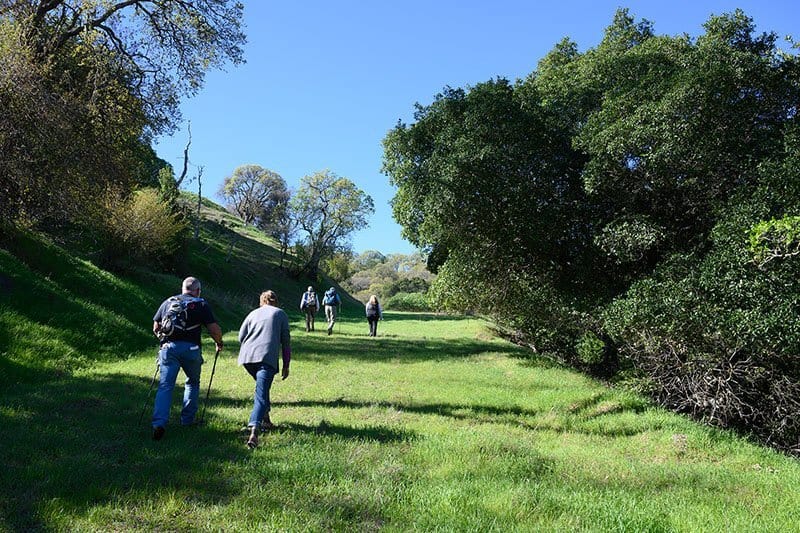 Further, the oak woodland, oak savanna, and grasslands on the property serve as a carbon sink. In August 2019, the UN Intergovernmental Panel on Climate Change issued a new report, Climate Change and Land, that focused on how land is under increased pressure from humans and climate change but also noted land is a critical part of the solution to climate change. Land conservation mitigates against climate change in lasting ways. For example, forests and other undeveloped lands absorb greenhouse gases, thereby acting as carbon sinks, keeping those gases out of the atmosphere. 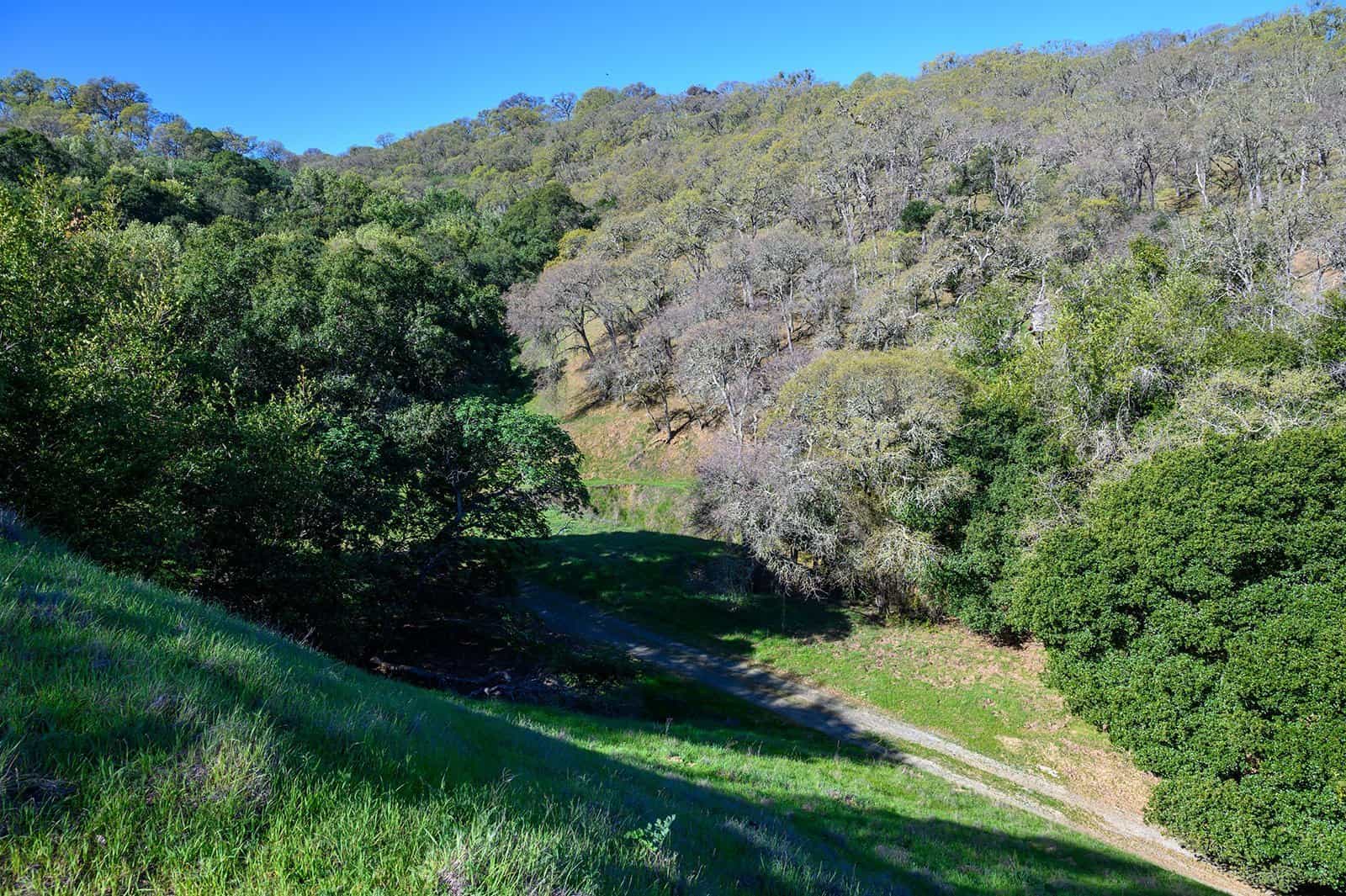 “We’re looking for angels,” said Karen Ferriere, SMD’s Development Director, about the need to raise the $650,000 purchase price and replenish the acquisition funds that were used to cover the real estate closing, “and talking to everyone we can.” 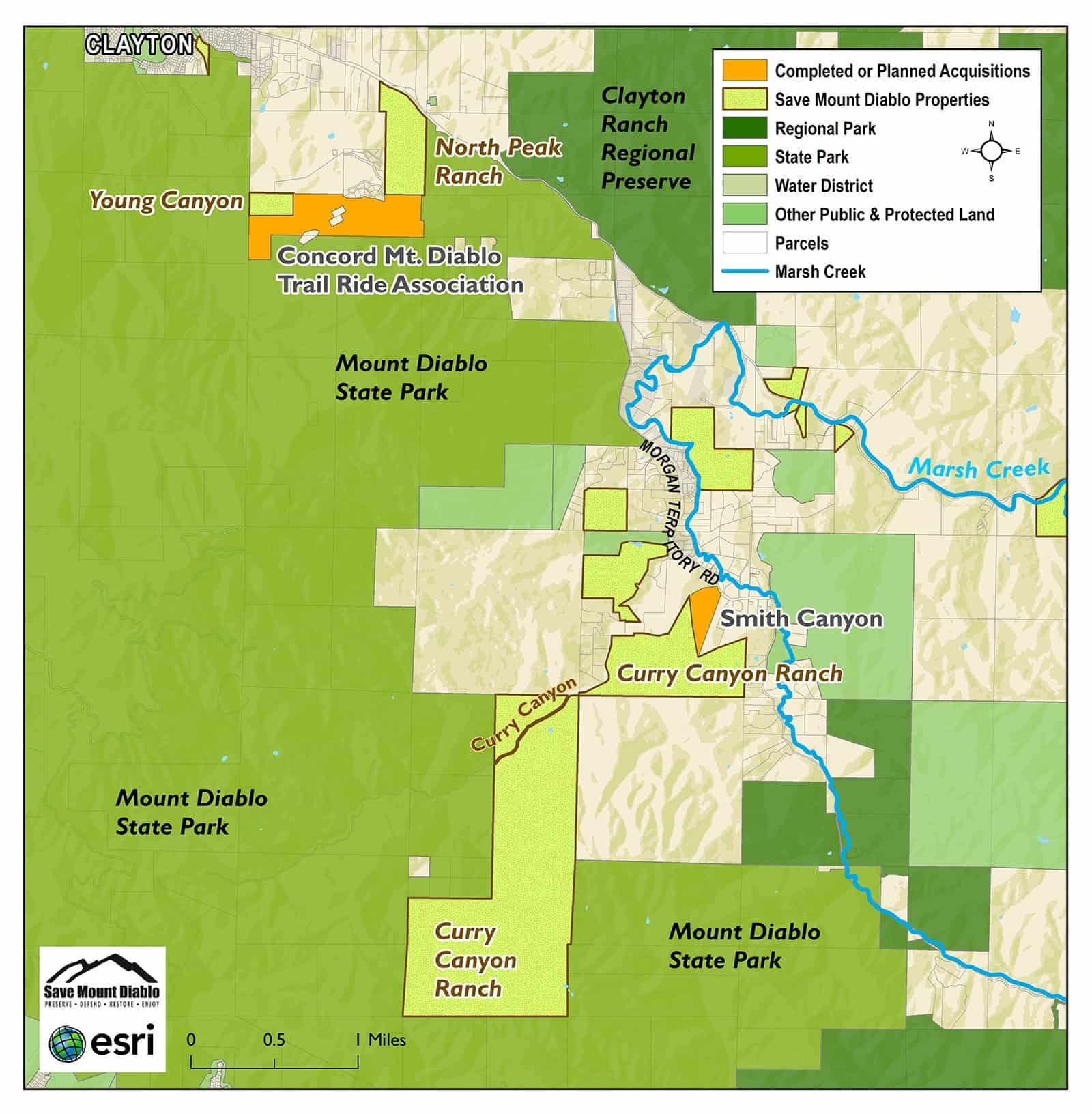 As part of the Forever Wild Capital Campaign, Save Mount Diablo also recently signed an option agreement that gave the organization two years to raise a little over $1.04 million to purchase a perpetual conservation easement on about 154 critical open space acres on the northeast slopes of Mount Diablo, a mile-wide property owned by the Concord Mt. Diablo Trail Association. 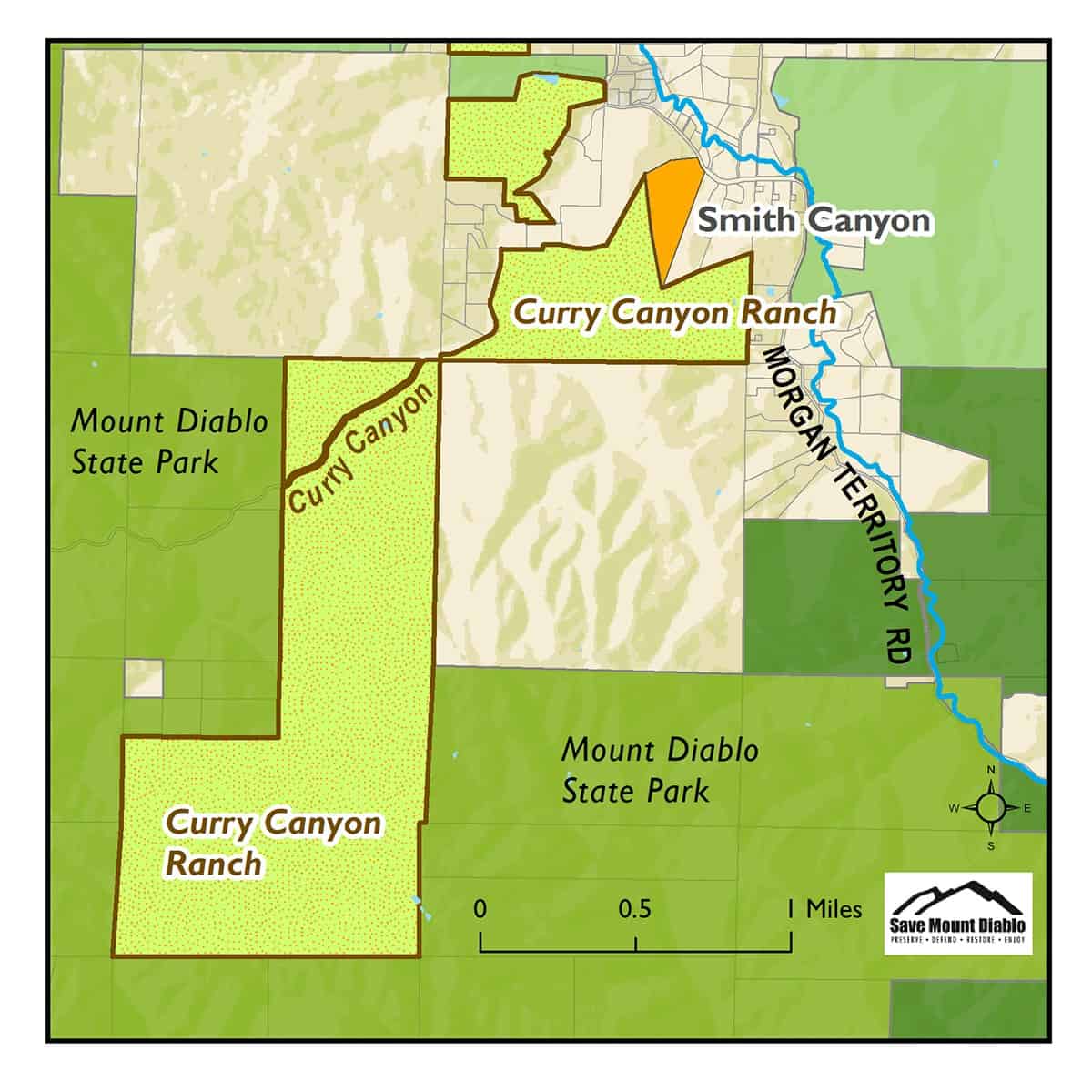 In 1961 Ettore and Geraldine Bertagnolli bought most of the Olofson cattle ranch and renamed it Curry Creek Ranch, but it included limited access for anything but ranching.

Ettore Bertagnolli soon started proposing small subdivisions, but he was blocked by the Wrights’ ownership of the road lower in the canyon.

In 1968 he subdivided Smith Canyon off his property but retained a 60’ road easement, to be located and constructed later.  He used that “paper road” to complete several subdivisions in the canyon.

In 2013 Save Mount Diablo bought the 1,080-acre Bertagnolli property and renamed it Curry Canyon Ranch. The purchase included the partly improved and unrestricted access easement up Smith Canyon. Purchase of Smith Canyon has eliminated the threat of houses and further subdivision and avoided potential conflicts with access and recreational use.