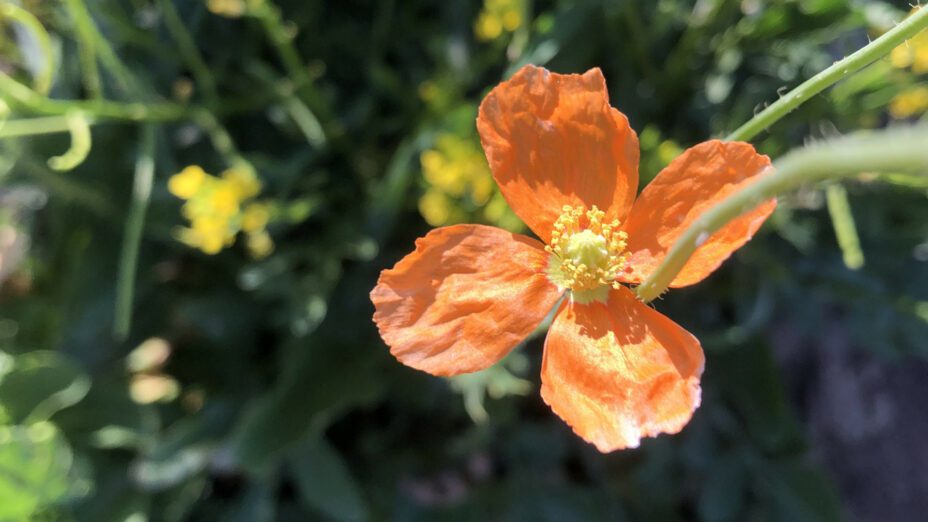 Save Mount Diablo’s 2021 BioBlitz has made an exhilarating find! This dispersed two-week long BioBlitz covers the public parks and roads in the fire footprint of the nearly 400,000-acre SCU (Santa Clara Unit) Lightning Complex.

These 2020 fires extended from the Deer Zone east of Mount Diablo in Morgan Territory Regional Preserve, Round Valley Regional Preserve, and Los Vaqueros Watershed as far south as Henry Coe State Park and Pacheco Pass. Thousands of observations have been recorded as part of the BioBlitz.

As part of the 2021 BioBlitz, in April members of Save Mount Diablo’s land team—Sean Burke, Denise Castro, Roxana Lucero, and Haley Sutton—went out during the first week of the BioBlitz to explore different regions of the Deer Zone fire, which is part of the larger SCU Lightning Complex.

On steep rocky slopes after a 1000-foot climb, the young team of amateur botanists stumbled upon never-before-recorded sites of fire poppies (Papaver californicum). This California endemic plant is a rare gem and one of the most sought-after fire followers.

The seeds germinate in some burn areas and will lie dormant for decades until a fire passes through. It’s been a long time since the Morgan Territory/Round Valley/Los Vaqueros area has burned, and the 2020 Deer Zone fire has provided a fantastic opportunity to search for rare fire followers. 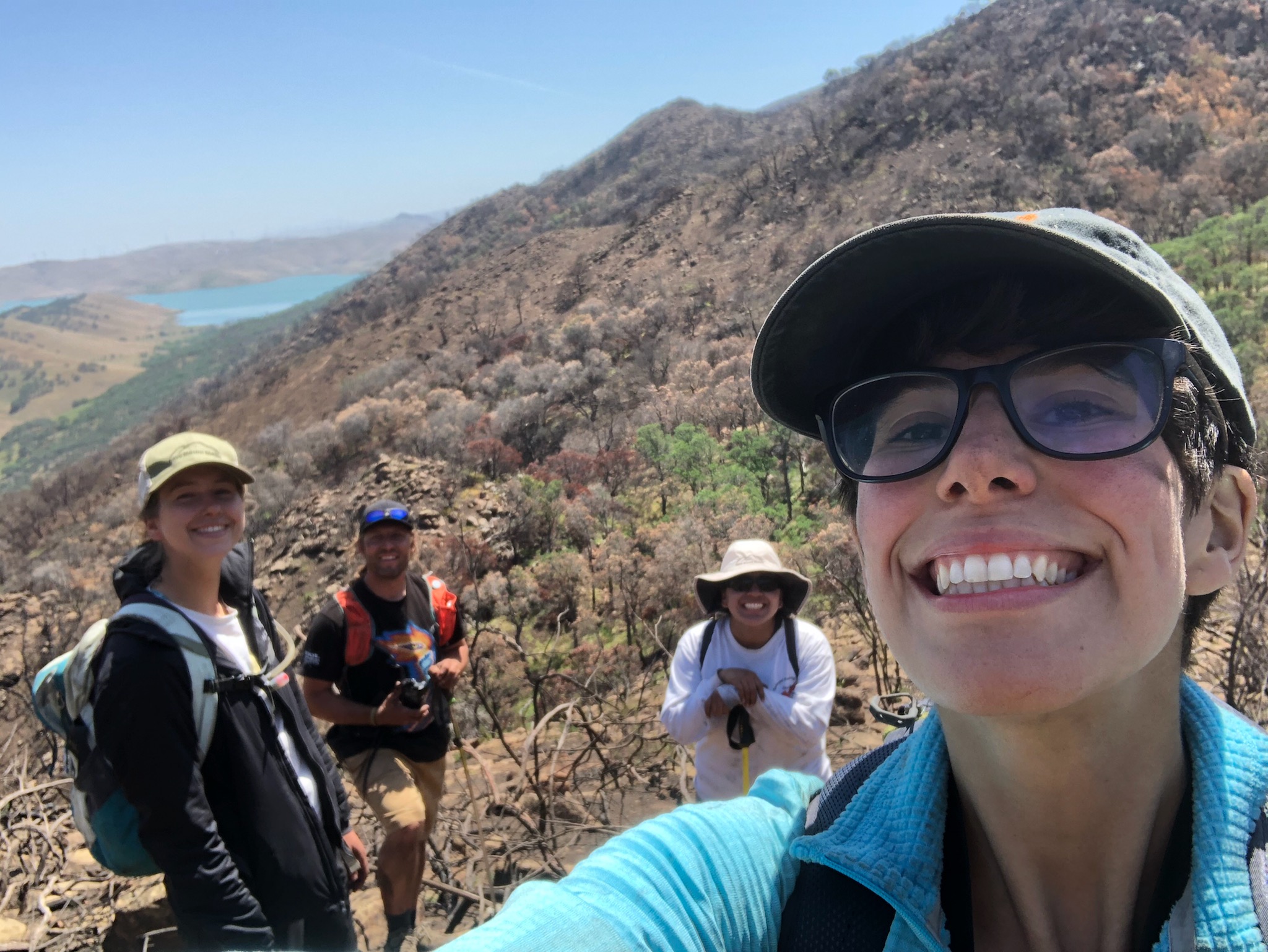 “Seeing that first fire poppy was a magical moment. I felt like I stumbled upon a legendary, long-lost treasure and it took me a minute to realize this was the real deal.” —Denise Castro, Education & Outreach Associate

“It felt great to get out with my team, together for the first time ever in real life and find that special little needle in the haystack.” —Sean Burke

“The whole experience trekking through the landscape was mind-blowing, and to have seen so many fire poppies felt incredible.” —Haley Sutton

“Seeing the bright orange fire poppies shine against the dark burned ground made me feel like we were a private show. We were lucky enough to catch the end of it.” —Roxana Lucero

How fortunate that these spectacular ridges were protected by the East Bay Regional Park District and Contra Costa Water District.

We don’t advise trying to find the plants, and the bloom will soon be over in this low rain year. A big part of the Deer Zone burn was on formerly impenetrable, incredibly steep, rocky, rugged, chaparral-covered slopes. The rare flowers may well show up again, however, for the next two to three springs.

Save Mount Diablo’s 2021 Bioblitz is also a two-week collaboration with the California Native Plant Society’s multi-year Fire Follower project, which includes burn areas all over California. 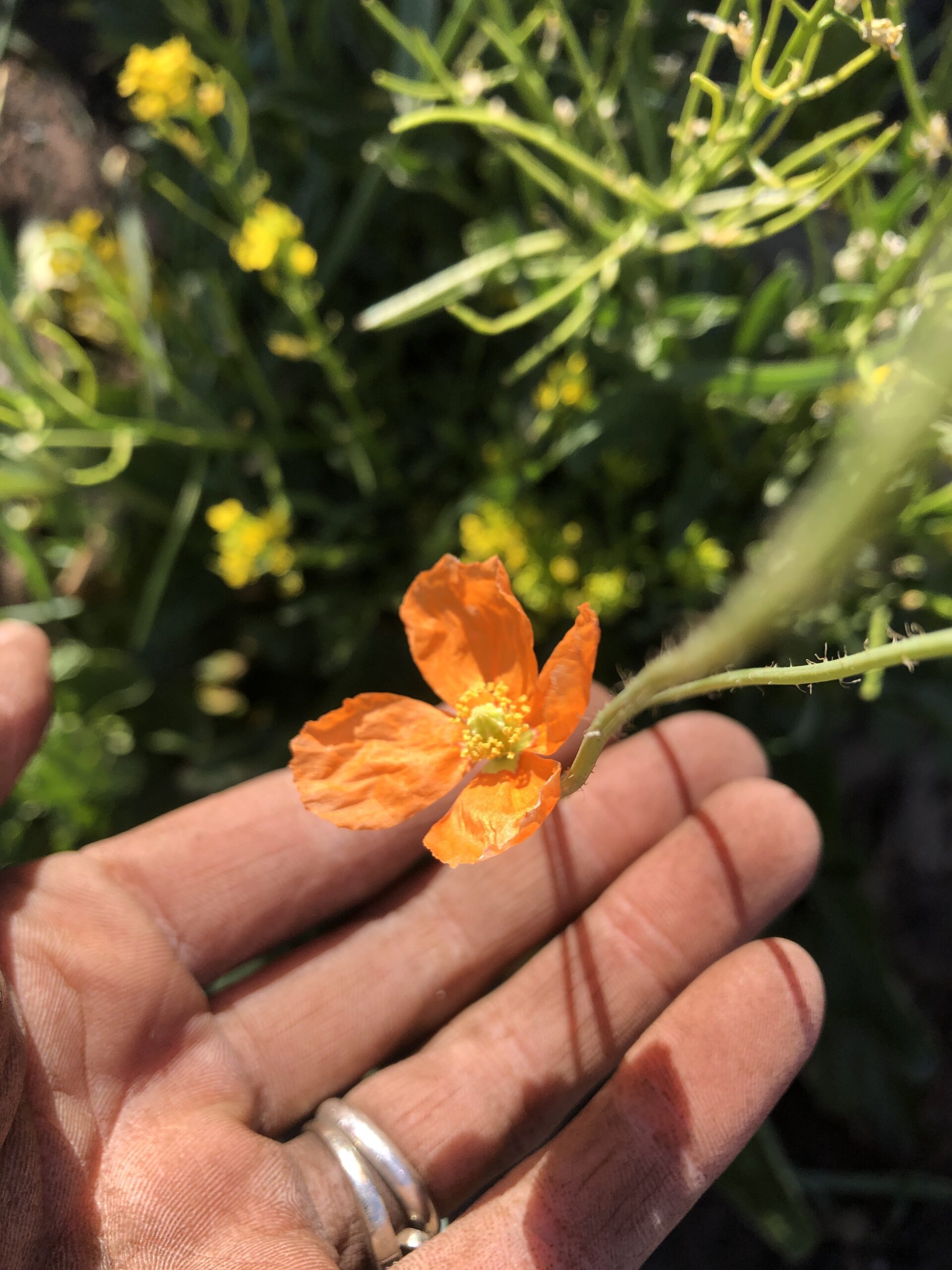 According to CNPS: “California experienced the largest fire season in 2020. Severe wildfires, sparked by human actions, can cause considerable harm. But fire is also a natural component of California’s ecosystem.

“We can learn about the positive impacts of fires to California’s ecosystems and native plants together. Fire often awakens sleeping seeds, and a light blanket of ash can nurture fresh growth. Plants dependent on fire are an important part of California’s natural diversity.

“It is critical to change the conversation and perspective around California’s wildfires. The California Fire Followers campaign seeks to record the response of plants in areas burned in 2020. Together, we can collect data and increase understanding of California’s biodiversity and collect valuable information to aid future conservation efforts.”

Fire poppy blooms are very similar in color and size to wind poppies, but there are several key features that distinguish the two from each other.

Fire poppies also have green filaments (the stalk that supports the anther), whereas wind poppies have dark filaments.