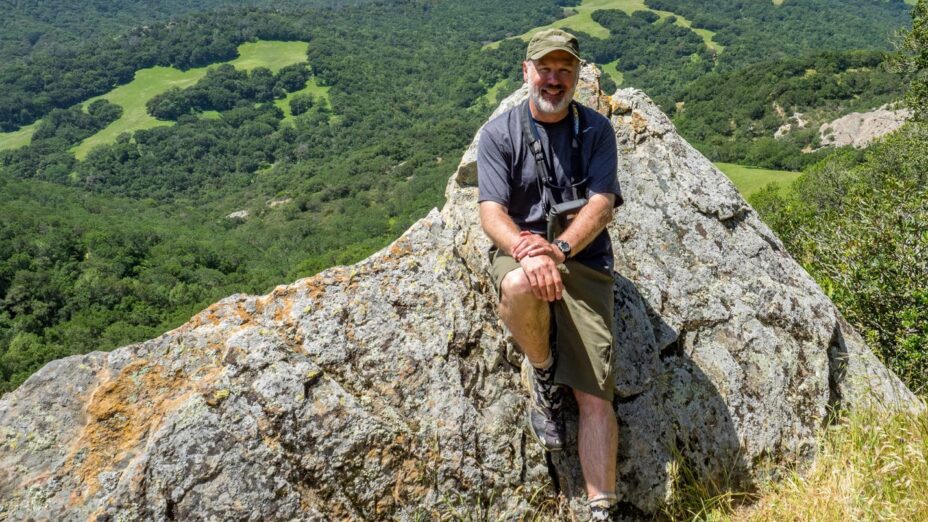 “Save Mount Diablo even now, but even more so back then, has been an organization that really punches above its weight, so to speak. We accomplished far more than an organization our size should.” 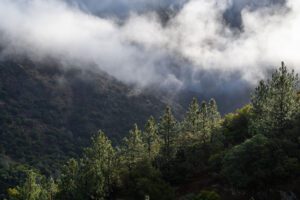 Scott Hein has always been passionate about the environment. He grew up in Indiana and preferred to spend his time in exploring the surrounding nature of Sugar Creek, right outside his childhood home.

“I was so interested in the creek and the wildlife and the habitat associated with it, I spent all my time back in the creek. . . . When the water level was right, we’d hop in a canoe and just head downstream.”

Every summer through his sophomore year of college, he would attend a summer camp in southern Indiana.

“That camp, probably more than anything, sort of cemented my interest in the outdoors and in nature. We basically spent the entire summer outdoors camping and hiking and doing outdoor activities. I started as a camper and ended up as a counselor,” he says.

Scott headed to college in the late 1970s, in a time when the environmental movement was kicking into gear and historical legislation like the Clean Air Act, Clean Water Act, and Endangered Species Act were being passed.

“I decided that I would do what I could and study environmental analytical chemistry.” 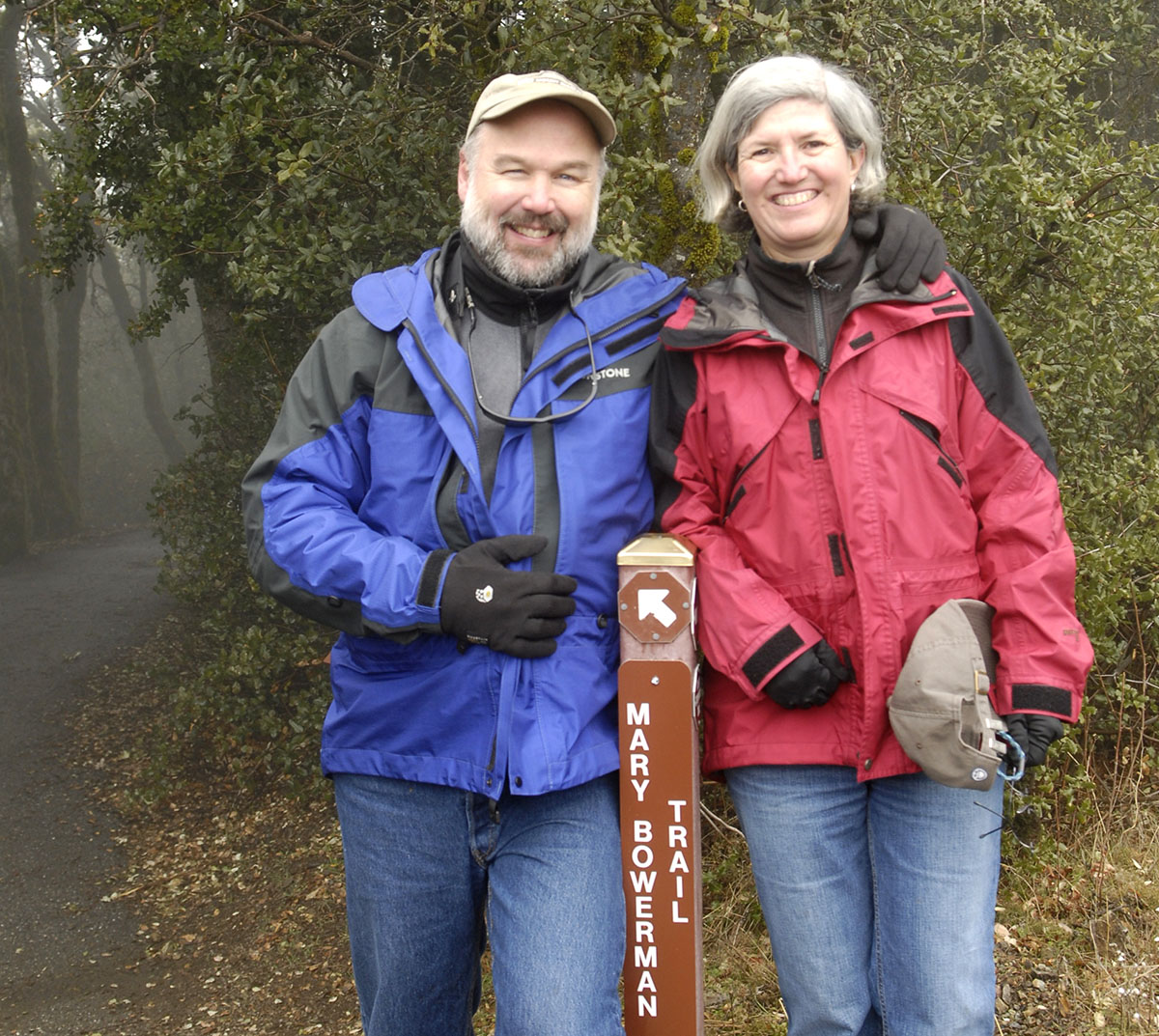 He and his wife, Claudia, moved to the Bay Area in 1988, settling in Concord. He quickly acquainted himself with its distinctive environment.

“I remember driving down through the Central Valley, and it was over 100 degrees and there were fires and things like that, and I thought, Oh God, what have I gotten into?

“And of course, that’s the brown time of year in the Bay Area, and so it was a little bit of a shock, you know, I have to say, when we first moved into the area. And of course, we quickly came to love our golden hills.”

Starting with Save Mount Diablo

“The first introduction we had to Save Mount Diablo, was a development just literally within a mile or so of where we live now called the Crystyl Ranch development [on the edge of Lime Ridge Open Space]; there was this organization called Save Mount Diablo that was leading some hikes to try to educate people about it.

“And so we actually went on one of those hikes, and after that was the first time we made a contribution to Save Mount Diablo.”

And Scott and Claudia never stopped volunteering, deepening their involvement over the years. 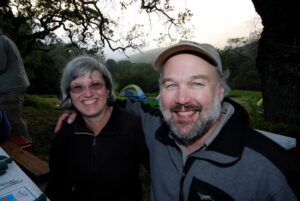 Scott and Claudia Hein at our 2006 Four Days Diablo.

“I’m constantly rooting through my 200,000 photos in my archive, looking for things that could help us in advocacy or in fundraising or other projects we have going.”

“We’ve seen that over and over, over the years, where I went out to take a photo of a certain thing, and I took photos of everything that I was around, and something else became important in the future,” Scott says.

Anyone who follows Save Mount Diablo’s communications will see Scott Hein’s name countless times. His conservation photography has been vital for the promotion of our work. 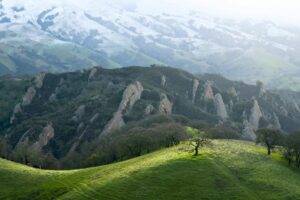 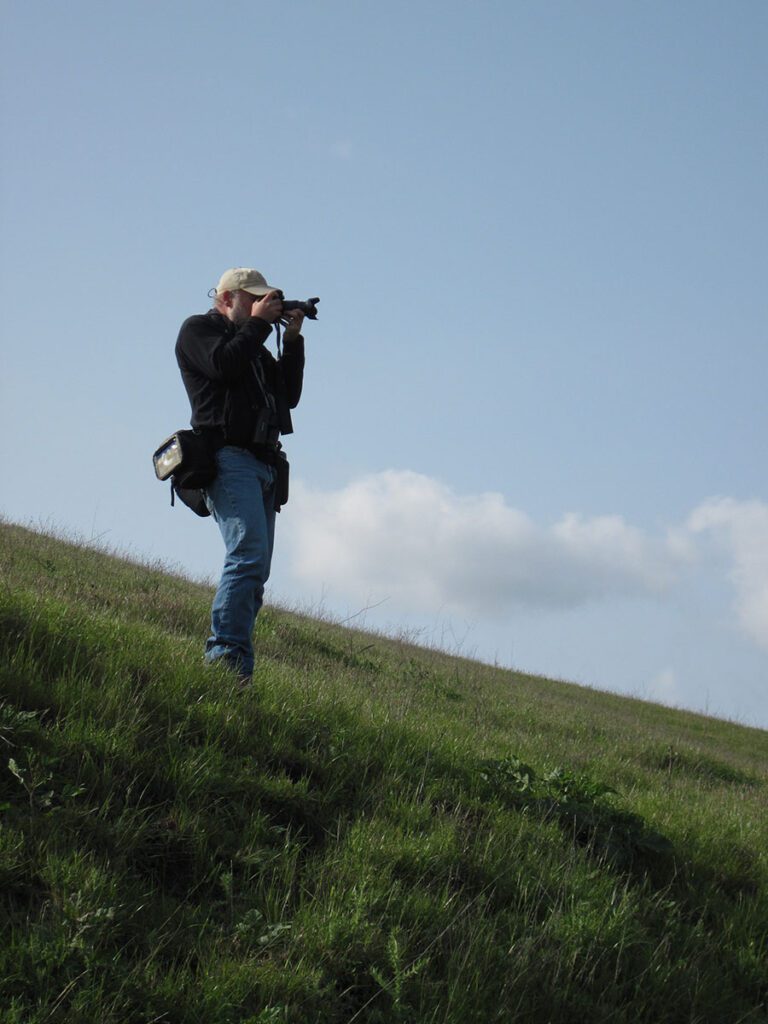 It was his move to the Bay Area and involvement with Save Mount Diablo that helped to reignite an old interest in photography.

“I wanted to be able to capture photos of all those beautiful things I was seeing in the field.

It didn’t take long for Save Mount Diablo to make good use of his skillset.

“[Claudia] had mentioned at some point to Seth [Adams] that I was a photographer. . . . I had always been interested in photography, and actually had thought, briefly, about studying photojournalism in college. . . . so Seth began feeding me photo projects to see what I can do, and that was obviously the beginning of a very slippery slope.”

Scott’s work captures the beauty of our local wildlife and landscapes, inspiring more and more people to care about Mount Diablo and the surrounding open spaces.

“The best way to get the public to support land conservation is to get them out on the land and experience the natural beauty in person. . . . However, not all the lands we protect are easily accessible, and not every person has the time or the ability to get out on the land, and so photographs are the next best thing.

“They’re the way that we can communicate that beauty to people who can’t experience it in person, and conservation photography has been a critical tool going back almost all the way back to the beginning of land conservation.”

More of Scott Hein’s photography can be seen on his website.

His photography isn’t the only contribution Scott Hein has made to Save Mount Diablo’s work. He’s served on numerous committees and as Board President during his two decades of work with us.

“I’m one of the longer-serving Board members, and have served as President and on most of the committees, and so [I have] a fair amount of institutional knowledge, which can be important. It’s important not to relive the mistakes of the past.

“Malcolm [the previous Board President] had been president for like 14 or 15 years, and he decided that was enough. . . . I was asked to step up, and I did so. . . . I initially agreed to serve for three years.”

Near the end of Scott’s second year as Board President, our previous Executive Director, Ron Brown, announced his retirement. Save Mount Diablo needed to begin the long and intensive search for a new Executive Director.

“I knew it was going to be important for there to be some sort of stability at the Board level, and so I agreed to stay for another three years to see it through the hiring of the new ED.”

As the Board President at the time, Scott led the search for and hiring of our current Executive Director, Ted Clement.

“I think probably it goes back to managing that transition, that major transition between Ron’s retirement and Ted’s coming on board.

“I look at that as: my job was to make sure that went as smoothly as possible, with the least disruption to the organization. . . . that’s probably the thing I’m proudest of.” 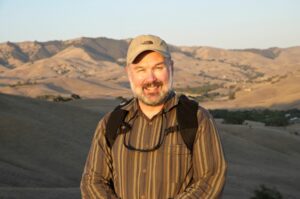 To read more about Scott’s life and work, view his full oral history.