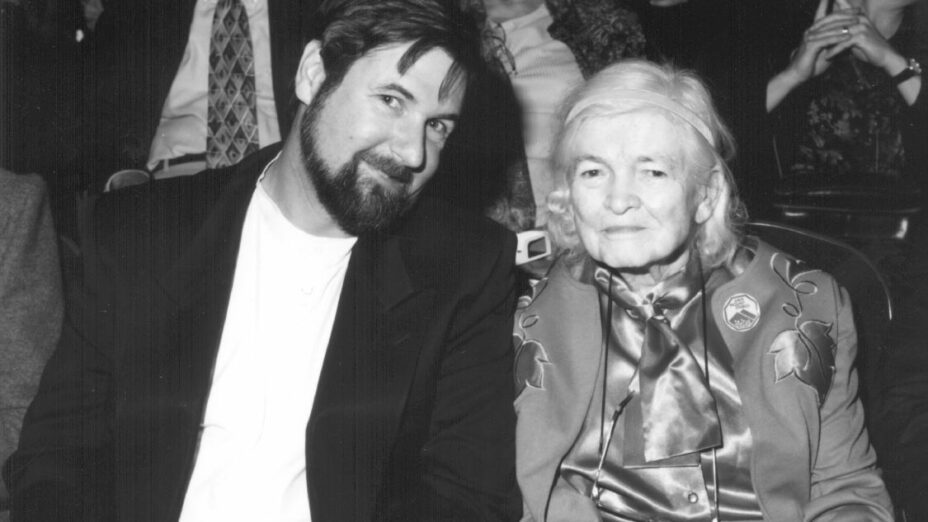 Bob Doyle grew up in Concord, blocks away from the Concord Naval Weapons Station, in a time when “all the orchards and fields were being plowed under for new housing after World War II.”

Developing a love of nature as suburban sprawl threatened local open spaces provided a strong foundation for his environmental activism.

His first real introduction to the outdoors was through the Boy Scouts, which introduced him to hiking and camping, starting a lifelong commitment to the protection of local open spaces.

Bob was first introduced to Mount Diablo itself by the Ginochio family, which has owned property surrounding Mount Diablo for generations.

“One of the kids there was in my class, and we were good friends. I actually would remember very vividly getting in Mr. Ginochio’s Cadillac and driving up to Mount Diablo on North Gate Road and hanging out in the barn and the animals. . . . I really enjoyed it.” 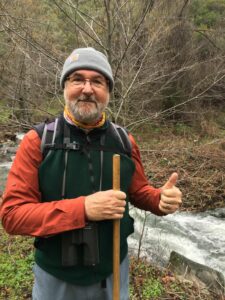 Joining Save Mount Diablo in His Youth

Bob’s involvement with Save Mount Diablo started in high school. His high school biology teacher introduced him to Jane Helrich, who encouraged him to become involved with protecting Mount Diablo. At age 19, he became a founding Board member.

Bob says that “most people in Save Mount Diablo were in their fifties and sixties at the time, they really wanted a voice for youth . . . so they really encouraged me to speak.” 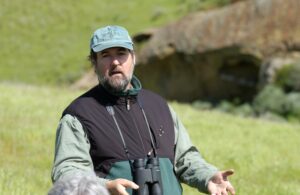 Bob started his career with the East Bay Regional Park District in college, working a seasonal position over the summer break.

Though he didn’t get hired back due to a strike the next year, the year after that he was hired and eventually became a permanent employee as a ranger at Black Diamond Mines Regional Preserve.

He worked in six regional parks before the district wanted him to join the planning department because of his experience at Save Mount Diablo.

Soon after, he was hired to help plan and establish regional trails. He established the 32-mile Iron Horse Regional Trail and the Ohlone Wilderness Trail during this time.

The goal of his work was to connect these regional trails and extend trail connections between parks.

It was an arduous task that took years of planning, but now the East Bay Regional Park District has the largest urban trail system in the country at more than 1,200 miles, much of which is directly attributable to Bob’s work. 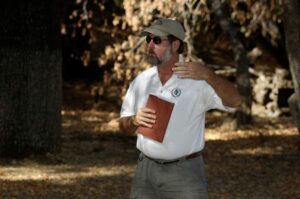 In 1985, Bob became Chief of Land Acquisition at the park district. Life was very busy at that time. He was battling development on several fronts.

“Those were very difficult years because there was such a boom town of growth, and you had the garbage wars, the ridge land wars, all these crazy proposals in some of the most beautiful—I mean Round Valley was going to be a garbage dump.”

After Bob temporarily protected Round Valley with a two-year option agreement, Measure AA passed, and he was able to use the funding from that to buy Round Valley and permanently protect it from becoming a landfill.

In 2010 he would go on to become the General Manager of the park district. He was able make the park district both protect the land and provide outdoor recreation opportunities for millions of people a year.

In 2019, he oversaw the acquisition and founding of Thurgood Marshall Regional Park in what once was once part of the Concord Naval Weapons Station with Save Mount Diablo’s help.

Over his career, he helped to raise billions of dollars of funds for regional parks and California State Parks. He doubled the land and quadrupled the trails under the jurisdiction of the East Bay Regional Park District.

Much of this success can be attributed to his philosophy of this work being “a marathon, not a sprint. . . . it takes a long time, but it’s amazing if you have strategy and commitment.”

Work As Save Mount Diablo’s Board President

Bob became an environmental activist at a crucial time for the Diablo foothills; rapid development was threatening most of the land surrounding Mount Diablo.

He was able to effectively recruit and build relationships with committed activists over the years and persuade the public to support Save Mount Diablo. 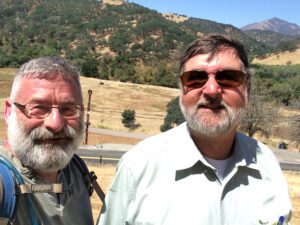 “We’ve had to buy every piece of property that’s now preserved, or it was donated, or it was dedicated, but the majority is money and purchase, and I think that that’s remarkable. Seth has really been great at being on the frontline to save these places until maybe somebody raises the money to buy them like the park district. I think that’s really, really critical, the activism.”

Activism and publicity have always been instrumental in raising the money and public support necessary to preserve these lands. “We can do great things, but if nobody knows about them or knows there’s a problem or a need, then it doesn’t matter.”

Looking towards the Future

Bob is optimistic about the future and the next generation of activists; he emphasizes the importance of positivity. “One thing about the past is everybody was pessimistic. We weren’t going to save Mount Diablo. . . . I think that story [of saving Mount Diablo] is a very positive, successful story. People want to be a part of the successful thing, and we got to quit being negative, there’s so much negativity, we got to have a positive opportunity in saying, we need money to do these things and we can do it.”

In retirement, Bob’s still working with Save Mount Diablo to advocate for stronger parks and more single-track trails. He’s also looking towards the future, looking at how the land can be used to address climate change.

“What I see now is the individual organizations that are doing well are so focused, maybe too focused . . . collaboration is the only way that we can take on such a difficult, difficult task politically and economically of [addressing] climate change.”

His work has ensured that East Bay residents can access nature close to home, protecting these special places in perpetuity for future generations. Bob urges everyone to “get out and enjoy what we preserved, that’s what’s important.” 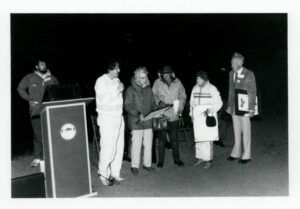 To read more about Bob’s life and work, view his full oral history.