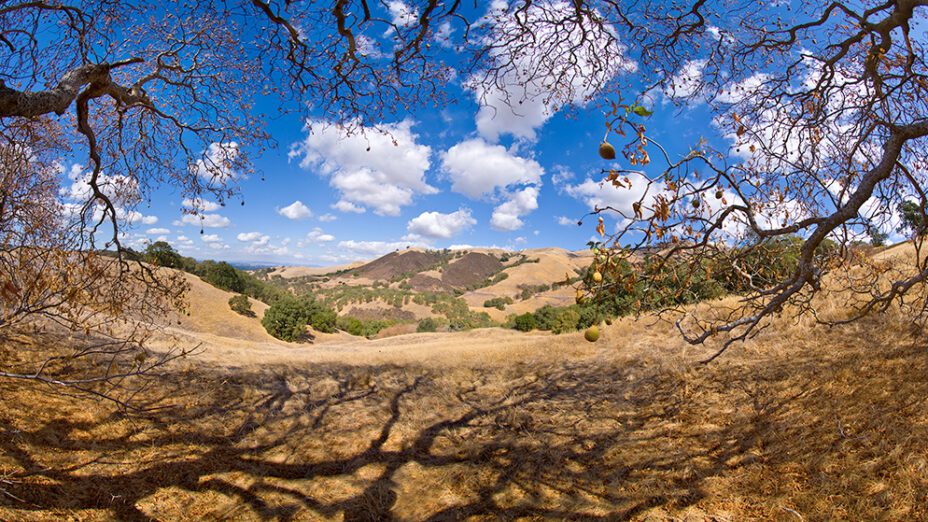 This wildlife corridor supports the migrations of species such as the now endangered monarch butterfly.

What Wildlife Lives in Pine Canyon?

Mammals that can be found in Pine Canyon include grey foxes, bobcats, long-tailed weasels, and mule deer. Pine Canyon supports these species and connects their habitats—promoting biodiversity and supporting the ecological health of the beautiful nature that so many Bay Area residents enjoy. 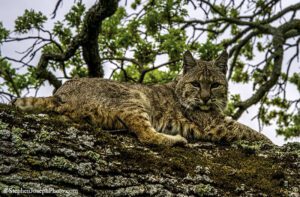 Bobcats can be round in Pine Canyon and throughout the Diablo Range. Photo by Stephen Joseph

Many local hikers certainly take advantage of this wildlife corridor when they hike to Mount Diablo from Shell Ridge Open Space.

Rock formations such as Castle Rock and the Rock of Ages throughout Pine Canyon provide safe nesting habitat to raptors such as kestrels, golden eagles, and peregrine falcons.

Because Pine Canyon is popular with rock climbers, it’s important to ensure that nesting areas aren’t disturbed at certain times of the year. 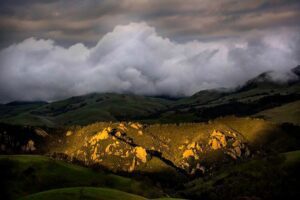 What Is a Wildlife Corridor?

Wildlife corridors are paths that animals take to move from one habitat to another. They help animals to access food, water, and shelter and preserve genetic diversity in animal populations.

They connect habitat that would otherwise be separated by development, preventing migratory species from being forced to travel through densely populated areas where they would be vulnerable or unable to find food.

Throughout the Diablo Range, a variety of wildlife corridors connect and provide vital habitat for threatened species.

The size and scope of a wildlife corridor can vary―ranging from a small tunnel underneath a freeway to the entire Diablo Range. 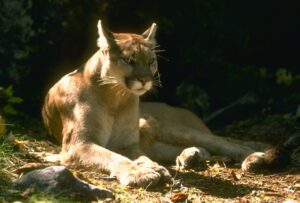 Mountain lions are a keystone species that benefits from the installation and preservation of wildlife corridors. Photo: California Department of Fish and Wildlife / CC-BY

Pine Canyon was the first of many wildlife corridors that we’ve worked to preserve over our 50-year history.

We have worked to protect 15 miles of Marsh Creek from development, allowing this riparian (streamside) habitat to serve as a sanctuary for wildlife in the developed Bay Area. Our work on our Marsh Creek properties ensures that this creek will always be a source of sustenance and shelter for animals. 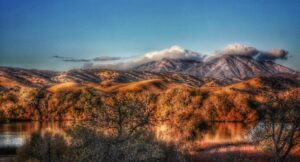 We plan on continuing to protect and expand wildlife corridors on and around Mount Diablo through our stewardship and advocacy work.

Projects such as our 10,000 Trees and Plants project help these areas to have shade and food for migratory animals. 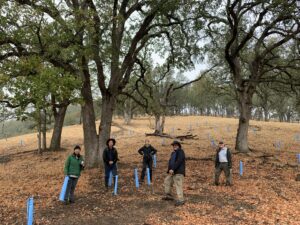 Our 10,000 Trees and Plants project will help provide food and shelter for migratory animals. Photo by Haley Sutton

The largest wildlife corridor that we’re working with is the 200-mile Diablo Range itself. This mountain range is a significant migration route for species like the California condor, a species that was considered absent from Mount Diablo until a sighting last year.

Recently, we awarded a grant through our Mary Bowerman Science and Research Program to the Pinnacles Condor Recovery Program to better understand the condors’ recovery in the Diablo Range. 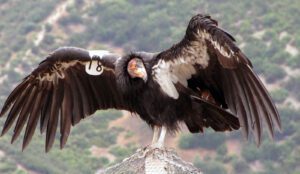 The Diablo Range is a refuge and a source for many wildlife species; the northern Diablo Range has the highest concentration of breeding golden eagles in the world.

Throughout the Diablo Range, only 24 percent of the land is considered protected. Stretching from the Carquinez Strait near Sacramento to the Antelope Valley in Kern County, the Diablo Range is intersected only by three major highways (highway 580 is one of them).

Referred to as “the spine of California” by Bay Nature Magazine, the Diablo Range is a diverse expanse of wilderness that connects northern and southern California. It shows just how important wildlife corridors can be for the survival of threatened species.

View from the top of San Benito Mountain in the southern Diablo Range. Photo by Al Johnson