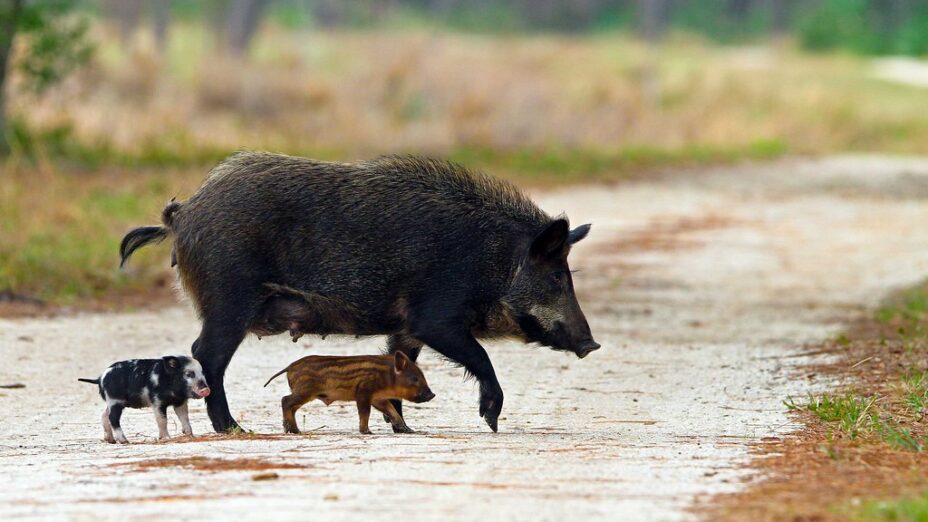 Hiking on Mount Diablo provides ample opportunity to see a diverse array of wildlife and rare plants. People visit from all over for the chance to see native plants and animals they might not see anywhere else.

However, these rare species aren’t alone. Feral pigs have lived on Mount Diablo for decades and are not going away anytime soon.

Freshly uprooted soil, polluted creeks, and snorting dark bristly figures dashing into the foliage are common sights in the greater Mount Diablo area, thanks to these unwelcome residents.

Where Did Feral Pigs Come From and How Many Pigs Are There? 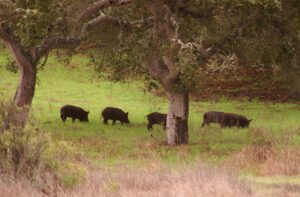 Currently the size of the population is unknown. Both California State Parks and the East Bay Regional Park District work to manage feral pig populations with trapping, removing hundreds of pigs a year.

Feral pigs can have two to three litters of up to 12 piglets every year. Adult pigs can often be seen accompanied by several of their young while foraging for food.

Feral Pigs Are an Ongoing Issue

Even in the suburban cities of the East Bay, this invasive species is an problem, tearing up lawns in the summer when the plants in the wilderness dry up.

Bay Nature Magazine refers to feral pigs as a “plague” that can easily destroy a front lawn in a night. In the process of searching for food, they tear up the soil, leaving roots exposed and threatening the health of ecosystems in our local parks.

They also consume acorns and other food staples, stealing from native wildlife.

Feral pigs have invaded creeks that feed into reservoirs that provide drinking water for Bay Area residents, leading to a serious risk of water contamination.

According to The New York Times, the East Bay Municipal Utility District spends $50,000 a year trapping pigs to address this issue.

Feral pigs may also be responsible for spreading sudden oak death (Phytophthora ramorum) as a result of rooting through infected areas, effectively introducing spores into previously unaffected soils and waterways. 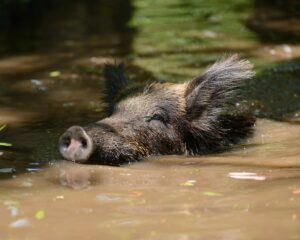 If You Encounter a Feral Pig, What Should You Do?

Our advice is to keep your distance, as feral pigs can get aggressive to those who get too close. Fortunately, feral pigs generally run away when they see people because of the ongoing efforts to remove them. 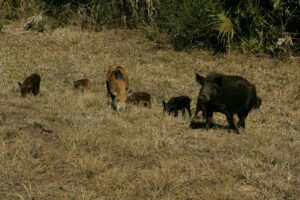