In today’s world, cows are sometimes seen as detrimental to the environment. Besides emitting methane, a greenhouse gas that is 34 times as potent as carbon dioxide, they are commonly accused of destroying habitat because of overgrazing.

If this is the case, why is cattle grazing being used for conservation and restoration purposes? The bottom line is that cattle, if used properly, can be beneficial to certain environments and habitats.

Why Do We Have Cattle on Our Properties? 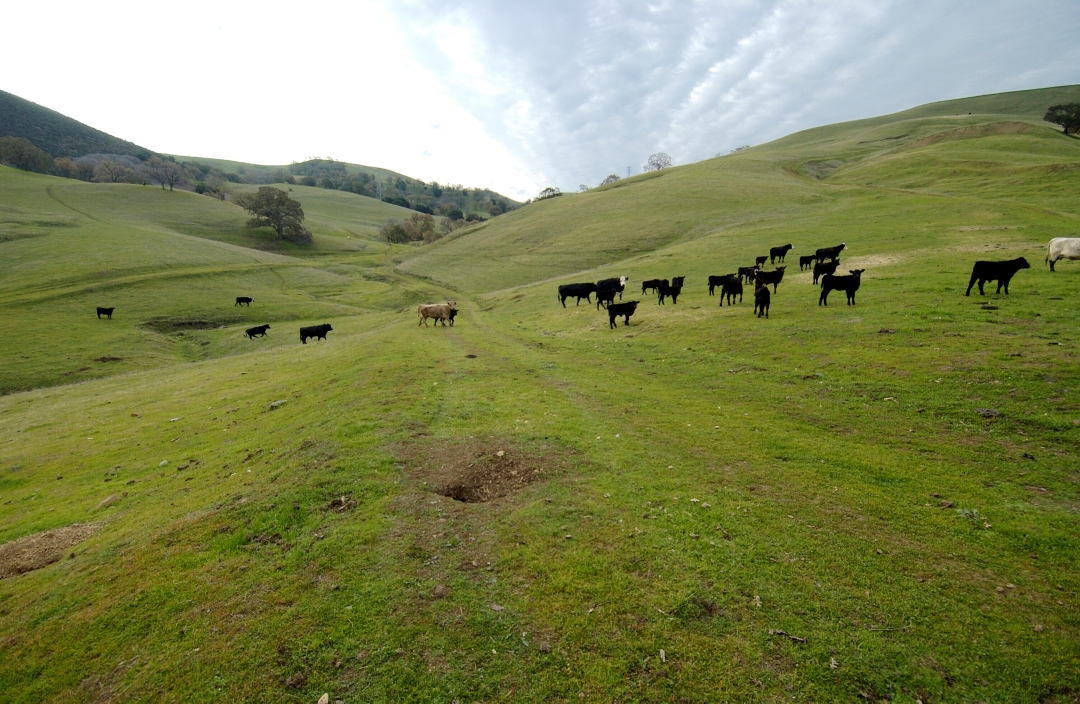 On some of our properties, we have cattle grazing. We employ methods of conservation grazing—grazing in an environmentally productive way.

This form of grazing offers many benefits: increasing room for native wildflowers and flora, reducing the risk of harmful wildfires, and integrated pest management. 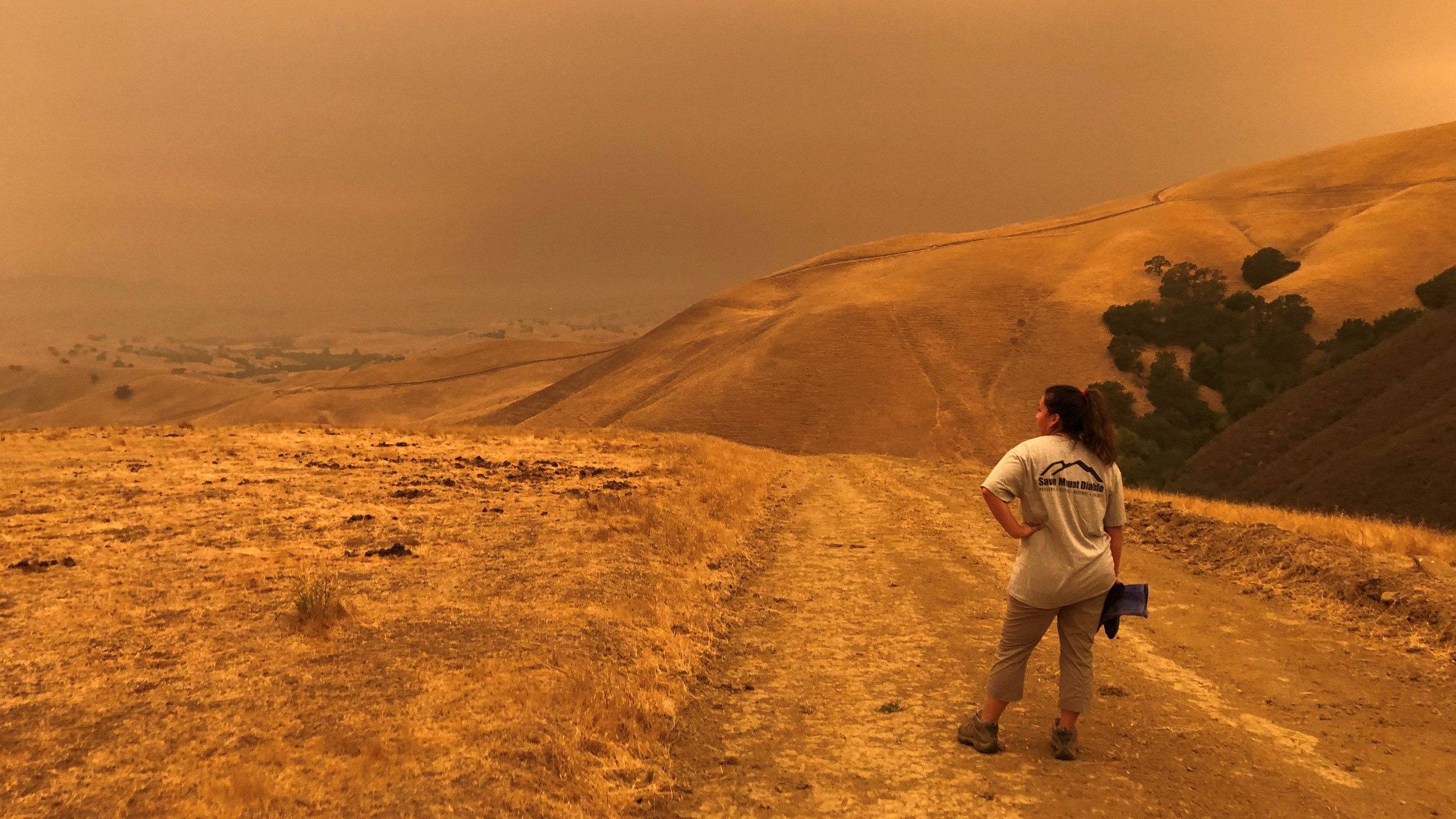 California’s history and ecosystem is forged in fire. Historically, much of California’s lands burned much more frequently than they do today, although at a much lower severity. And many of California’s native plants are adapted to fire.

If a certain region were to catch fire, one of the important factors in determining if the fire would be beneficial or harmful is if the fire matches the region’s fire regime. A fire regime is how a region naturally burns.

Some ecosystems (for example, oak woodlands or savannas) in the Diablo region are adapted to wildfires that burn at a low or medium severity.

If a fire burns that does not match the environment region’s natural fire regime, it could be destructive. If the region does not have fires for many decades, lots of biomass and fuel could build up.

If a fire were to occur with lots of fuel on the ground, a high-severity fire could occur, creating flames that could reach the trees’ canopies and severely hurt or kill them.

In the absence of fire, fire abatement is a critical part of stewardship. Fire abatement reduces the risk of fire by removing excess fuels (such as a lot of dry grass). Cattle grazing is one effective fire abatement tool.

For grass and shrublands, grazing is a way to mimic the region’s fire regime without actually setting fires. This way, if a fire were to occur, it would burn with lower severity. In other words, it would burn like a prescribed or natural fire.

Field of native flowers that grew after a 2013 wildfire at Perkins Canyon in Mount Diablo State Park. Photo by Scott Hein.

Mount Diablo has 846 vascular plant species, subspecies, and varieties, of which 23 percent are non-native, yet non-natives represent a vast majority of what you see in grassland areas.

Most grasses you see on hillsides across California are non-native and invasive. The “golden hills of California” wouldn’t be golden if it wasn’t for non-native grasses— they’d be spotted and feature some subtle green throughout the year.

A dense thatch of non-native annual grasses makes it so that the native wildflowers growing underneath don’t have access to sunshine or water, because the grass creates an impenetrable barrier.

When cattle chew away or even just shorten this thick thatch layer, native flowers have a better chance to grow.

It is important to remember that although California did not historically have cattle, it wasn’t without grazers. Animals like tule elk and pronghorn antelope grazed grasslands in a similar way. 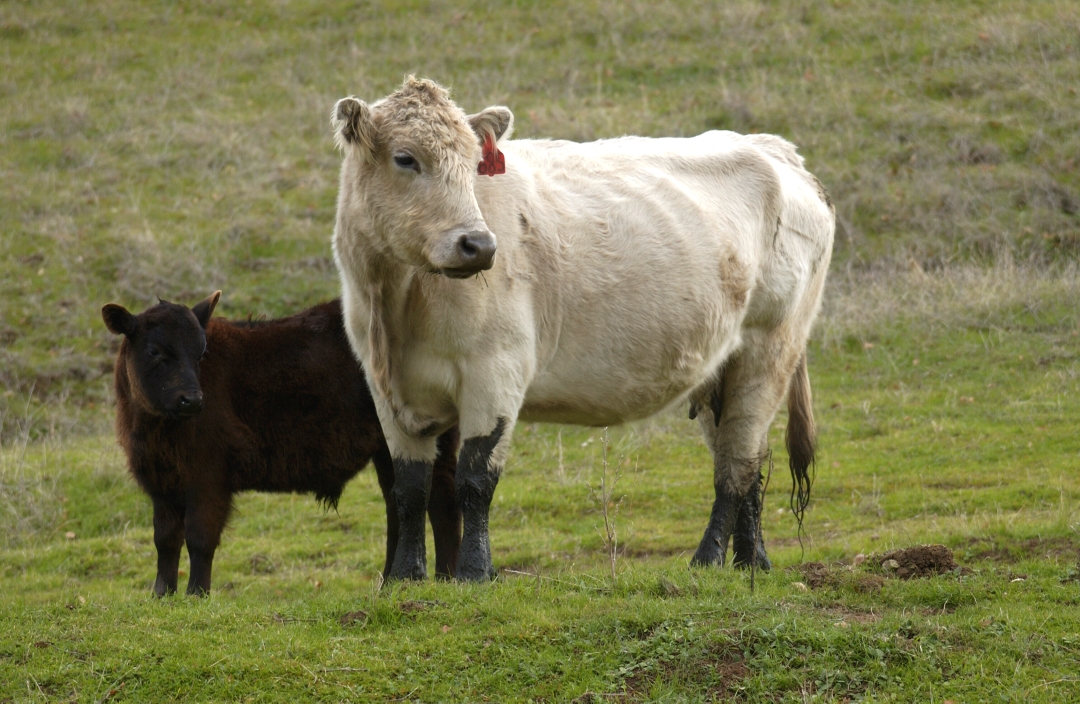 To prevent overgrazing, we rotate cattle between different properties depending on several different factors, including weather and the condition of soil and grass. We use standards identical to those used by the East Bay Regional Park District.

Overgrazing can have very negative effects on riparian habitats and waterways. The banks around streams are especially susceptible to erosion, and cows can nutrient-load waterways, creating serious detrimental impacts on areas downstream.

However, by keeping cows fenced away from creeks and rivers, this is easily mitigated.

Grazing in the Era of the Climate and Biodiversity Crisis 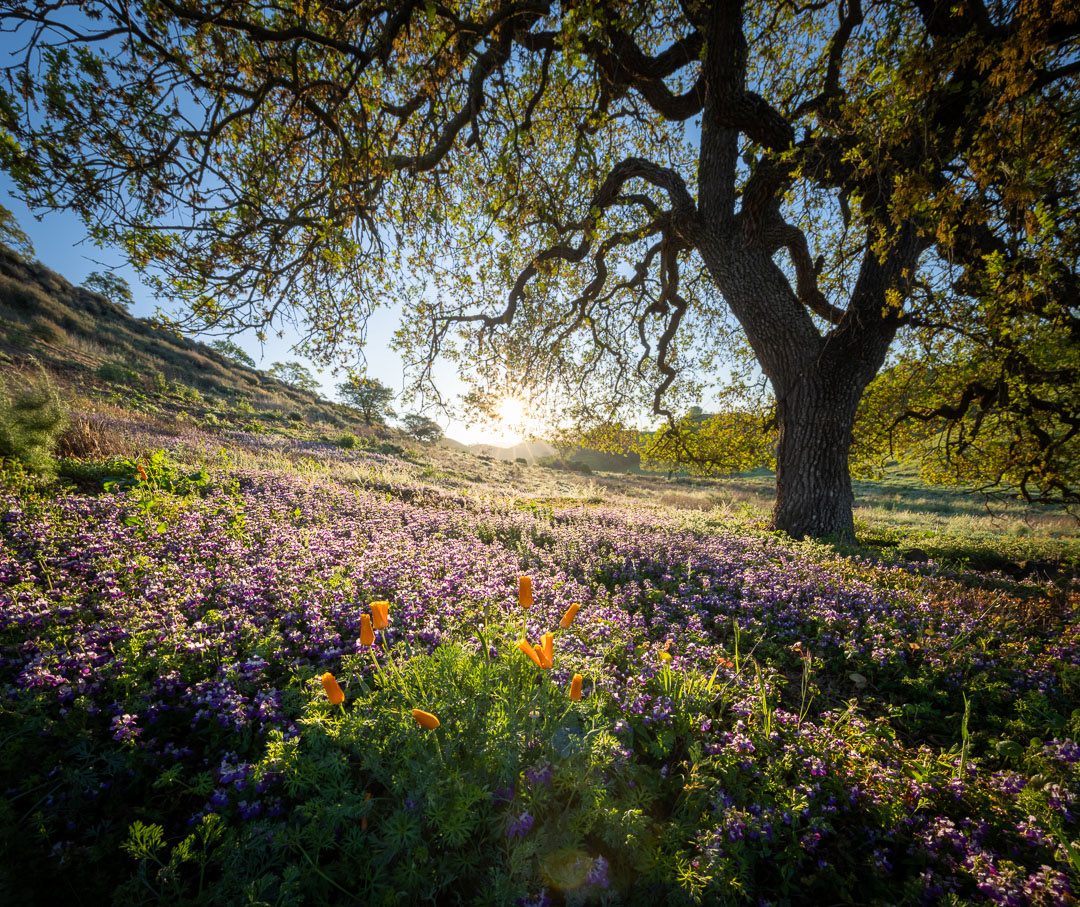 The California we know today looks drastically different than it did a few centuries ago. It had biodiversity that was comparable to places like the Amazon rainforest.

Today, we are faced with a much different environment with a loss of biodiversity, introduced invasives, and a changing climate.

Yet California, and especially the greater San Francisco Bay Area, is still one of the most biodiverse regions in the country.

In 2020, the United Nations’ Intergovernmental Panel on Climate Change released a report on climate change and land use.

It explains how protecting natural lands can help us address the climate crisis—for example, by using natural lands as a carbon sink—and the many reasons why it is essential for humanity to make better land use choices if we hope to address this threat effectively.

The Need for Protecting Ranchland 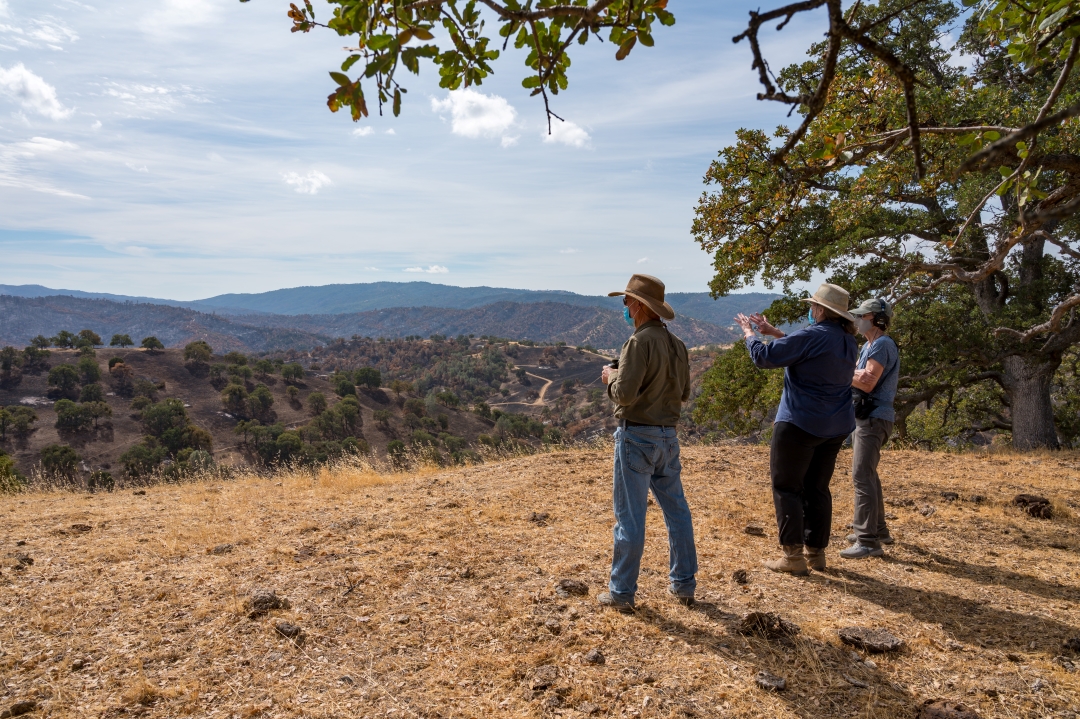 Working with ranchers to protect their land is an important step toward addressing the climate crisis. Ranchers are some of the best conservationists. In the Diablo region, ranchers like the Connolly family have been grazing their property since 1864.

Ranchers are usually very attuned with their property, knowing how to best care for it. Even while fostering healthy environments, they often simultaneously ward off environmental and developmental threats.

A lot of at-risk open space in the Diablo Range is owned privately by ranchers. Protecting their land so they can continue to be great stewards is an important step toward addressing environmental initiatives like 30 x 30.

When you see wildflowers blooming on grazed grasslands, you can likely thank cattle. If responsibly managed, they can be some of the best stewards for grassland habitats.