The term sheet agreement would have otherwise expired in a few days, effectively dropping Seeno and their business partners as Master Developer of the former Concord Naval Weapons Station. The development of the former naval weapons station is also known as the Concord reuse project.

The term sheet is an outline for how the planning process will be done and various commitments and responsibilities—until it’s approved, Seeno is technically not yet the actual Master Developer. 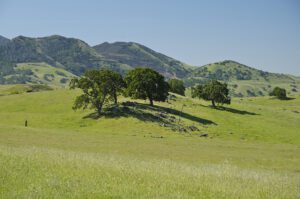 The Concord City Council also rejected Seeno and their partners’ recent demands to acquire property rights and a reimbursement clause at the beginning of the reuse project process rather than the end.

Seeno Failed to Meet Deadlines, Can’t Deliver All the Public Benefits They Agreed To

Regardless, Seeno and their partners have failed to meet their first significant deadlines.

Three of the five city councilmembers voted in August 2021 to make Seeno/Discovery Builders and their partners the Master Developer of the massive Concord reuse project.

Save Mount Diablo condemned this decision and continues to educate the public and maintain public pressure on the City of Concord’s leadership.

Before Seeno can formerly be made Master Developer, the city and the developer must agree on a term sheet about what’s expected—commitments to each other and who’s responsible for what.

Seeno and their business partners are untrustworthy, and have been accused of or been found to have engaged in a long history of environmental and other legal violations. These violations range from fraud to witness intimidation, from desecrating Native American remains to intentionally destroying threatened species habitat and trying to cover it up.

Over the past year, it has become clear to us and many others that Seeno and their partners neither have the ability nor desire to live up to the public benefits committed to in the project.

They are not capable of delivering on what they’ve said. The demands that Seeno and their partners made of the City of Concord, which were subsequently rejected, make this clearer than ever.

The Concord reuse project is a $1 billion or more residential and commercial effort. It covers an area half the size of the city of Pleasant Hill. It would include more than 12,000 housing units and millions of square feet of office and commercial space at the former Concord Naval Weapons Station.

What’s Next: City Council to Take Up Seeno Agreement Again Next January

Although a vote to drop Seeno would have been the ideal result last week, the Concord City Council did not cave to them completely. The effect of the council’s vote will be to move important decisions until early next year.

In January 2023, the Concord City Council plans to make these decisions about the agreement with Seeno and their partners. The council will review the term sheet (an outline for how the planning process will be done) details at that time.

Decades of Work, A Lot at Stake

Save Mount Diablo’s work on the reuse project dates back to before 2005, when the Navy closed the inland portion of the weapons station.

We joined with Concord residents, labor unions, interfaith groups, affordable housing advocates, and other environmental organizations to form the Community Coalition for a Sustainable Concord (CCSC).

Concord prepared the area reuse plan, which would be the blueprint for future use of the Concord Naval Weapons Station. And the CCSC worked to make its vision of a vibrant mix of jobs and affordable homes in walkable neighborhoods surrounded by protected open space become reality.

In 2012, the City of Concord adopted the area reuse plan. More than 3,500 acres of land were designated as parks, greenways, and open space.

Much of this has become the new Thurgood Marshall Regional Park, which has just recently been completely transferred to the ownership of East Bay Regional Park District.

Affordable housing guidelines were also set. Greenway buffers between existing residents and new development would be created, and good jobs would be secured. And transit-oriented mixed-use development would be built to capitalize on the North Concord BART Station and keep as many cars off the road as possible.

We care about these things because they are public benefits that are crucial to the success of this project and the protection of the Diablo region’s environment.

This project must be planned from the beginning as climate-friendly, linked with greenways. And it must implement ways to minimize car use and maximize transit and non-auto alternatives. Just as the adopted area plan from back in 2012 envisioned.

Imagine the traffic that 13,000 houses and millions of square feet of commercial, located near highways 4 and 242, would cause if designed as just another typical suburban subdivision. Seeno cuts corners all the time, and Concord and its neighbors can’t afford those impacts.

In addition, though the new regional park is a reality, there are about 900 acres of parks and green space that have yet to be delivered as part of the city’s portion of the project.

That includes restoration of Diablo Creek, an important riparian habitat for wildlife. Thurgood Marshall Regional Park must also be linked with the city’s development so that the public can enjoy it to the fullest when it opens.

Recently Save Mount Diablo successfully defended the hills next to and above the regional park from Seeno’s bad Faria project. Faria would have placed 1,650 houses above and next to the park, literally on top of the hills that separate Concord from Pittsburg.

Because we won a legal challenge (one of only a small handful we have filed in our 50-year history), the City of Pittsburg must reverse its previous approval of Faria. And Seeno must correct their flawed environmental review.

We have also succeeded in raising the profile of the Concord reuse project with the public and reminding city leadership that people are watching. We will continue to engage and expand grassroots efforts to inform residents and pressure decision makers to make good choices. 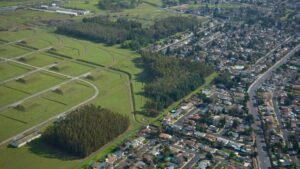