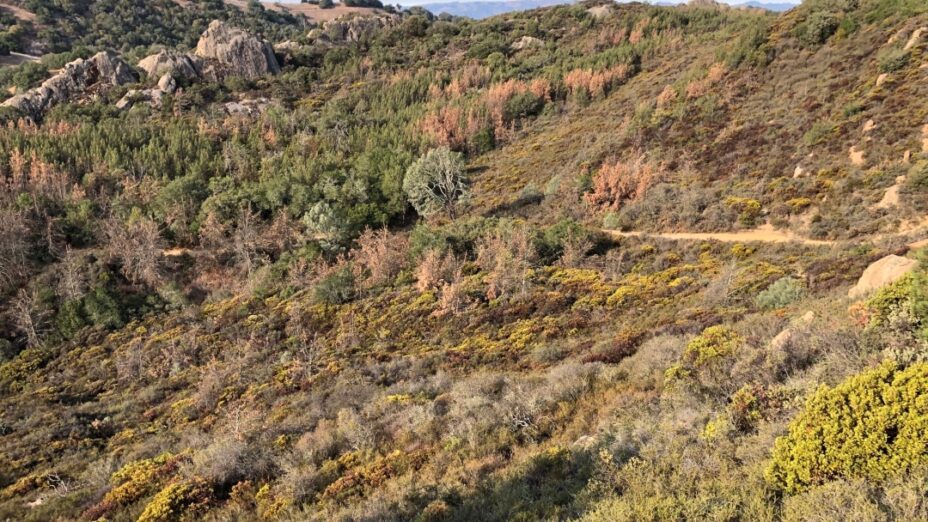 Hidden out of sight from surrounding urban areas, an unusual story is unfolding: trees and shrubs on Mount Diablo have been dying near Knobcone Point.

Many of the trees are knobcone pines that were nearing their normal lifespan. Knobcone pines regenerate after fires (their cones open and release seeds during the fires).

In addition to knobcone pines, some Mount Diablo manzanitas and common manzanita have died or are at risk.

What Is Causing the Dieback? 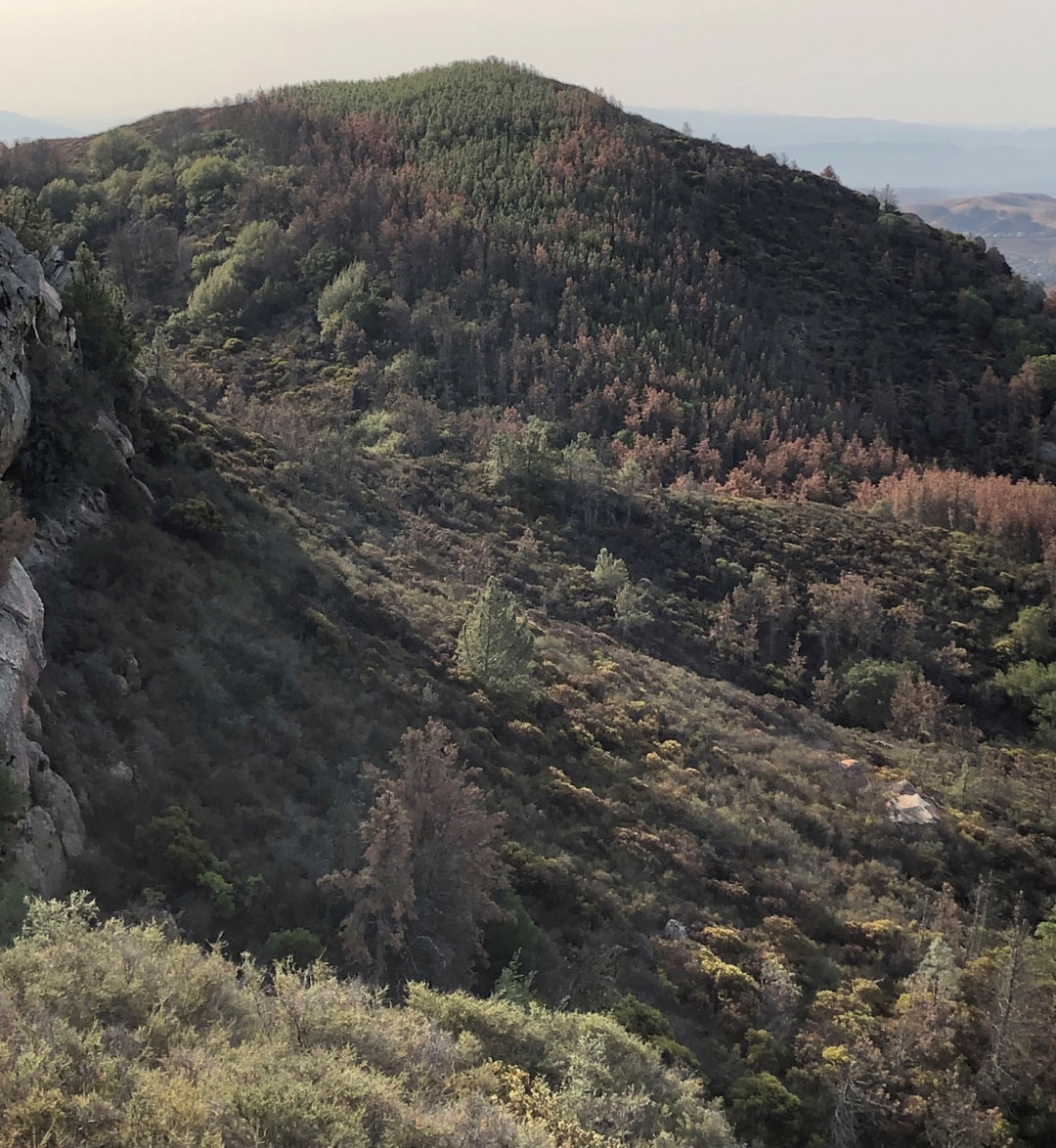 Photo of the Knobcone Point area. Photo by Sean Burke.

Currently, the cause of the dieback remains unknown. Right now we are working with various partners to understand what is causing the manzanita and pine mortality.

We’ve begun creating baseline documentation photos and using drone mapping to understand which regions have been the most affected. We’ve been collecting soil samples to see if introduced pathogens are affecting shrubs while continuing to closely monitor the region.

In recent years, the region has been under immense stress because of climate change, likely triggering or exacerbating the dieback. There have been years of extreme drought, and other years of lots of rain with warm weather.

Much of Knobcone Point’s slopes face to the west and are in a region with complicated geology receiving a lot of sun, in rocky areas with shallow soil beds and hot reflective sandstone. That  makes them harsher environments than other places on Mount Diablo.

The Complexity of This Endangered Habitat 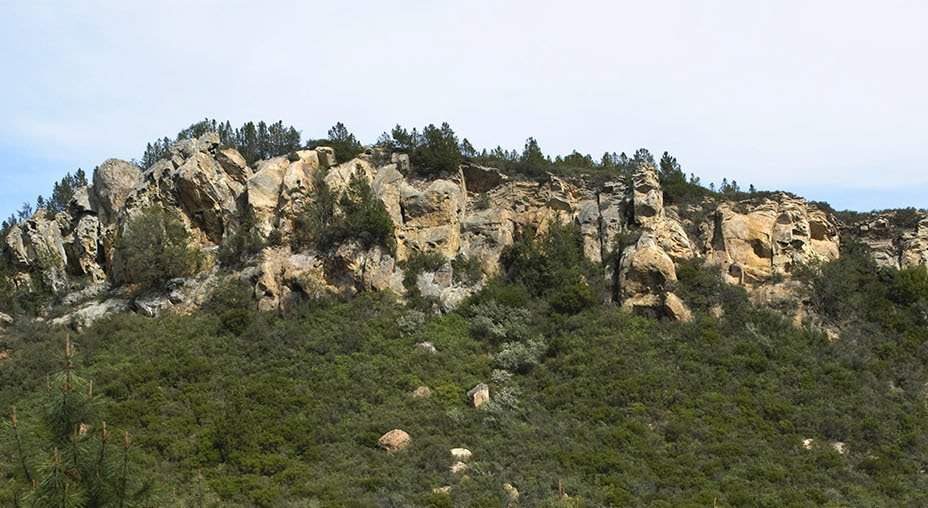 Cliffs at the Knobcone Point area (before the dieback started). Photo by Scott Hein.

The unique geography makes the situation a double-edged sword. The chaparral in the area is incredibly thick, almost impenetrable without crawling for hours to access areas where you can stand.

The thickness of the chaparral is partially because of the large number of plants that regenerated from previous fires in the late 1970s and early 1980s. In many places, the pine trees are six inches to a foot away from each other for miles, and the manzanita and chamise stands are completely enclosed save for a number of wildlife trails. 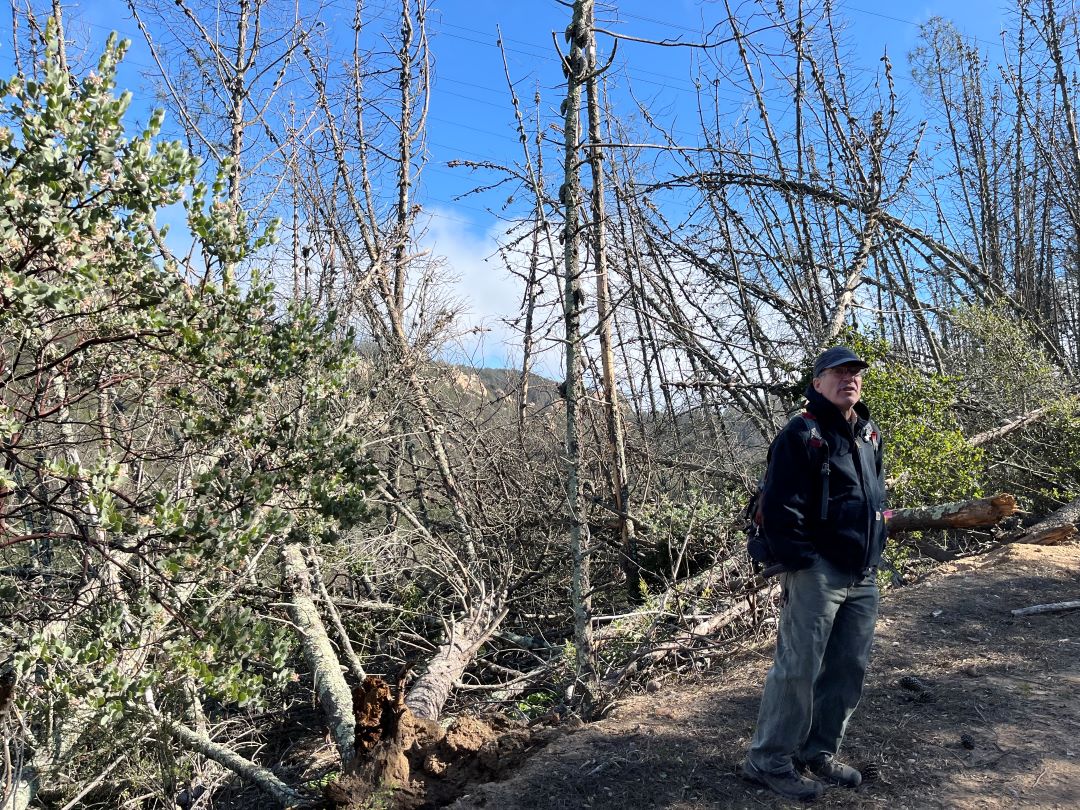 Within the dieback area, thousands of dead trees mean a large accumulation of dry biomass, creating the potential risk for wildfire.

Shrubs, chaparral, and conifers all burn especially hot because of how oily the plants are, and in this area they are found on hillsides that fires can climb, and in canyons where winds can swirl. 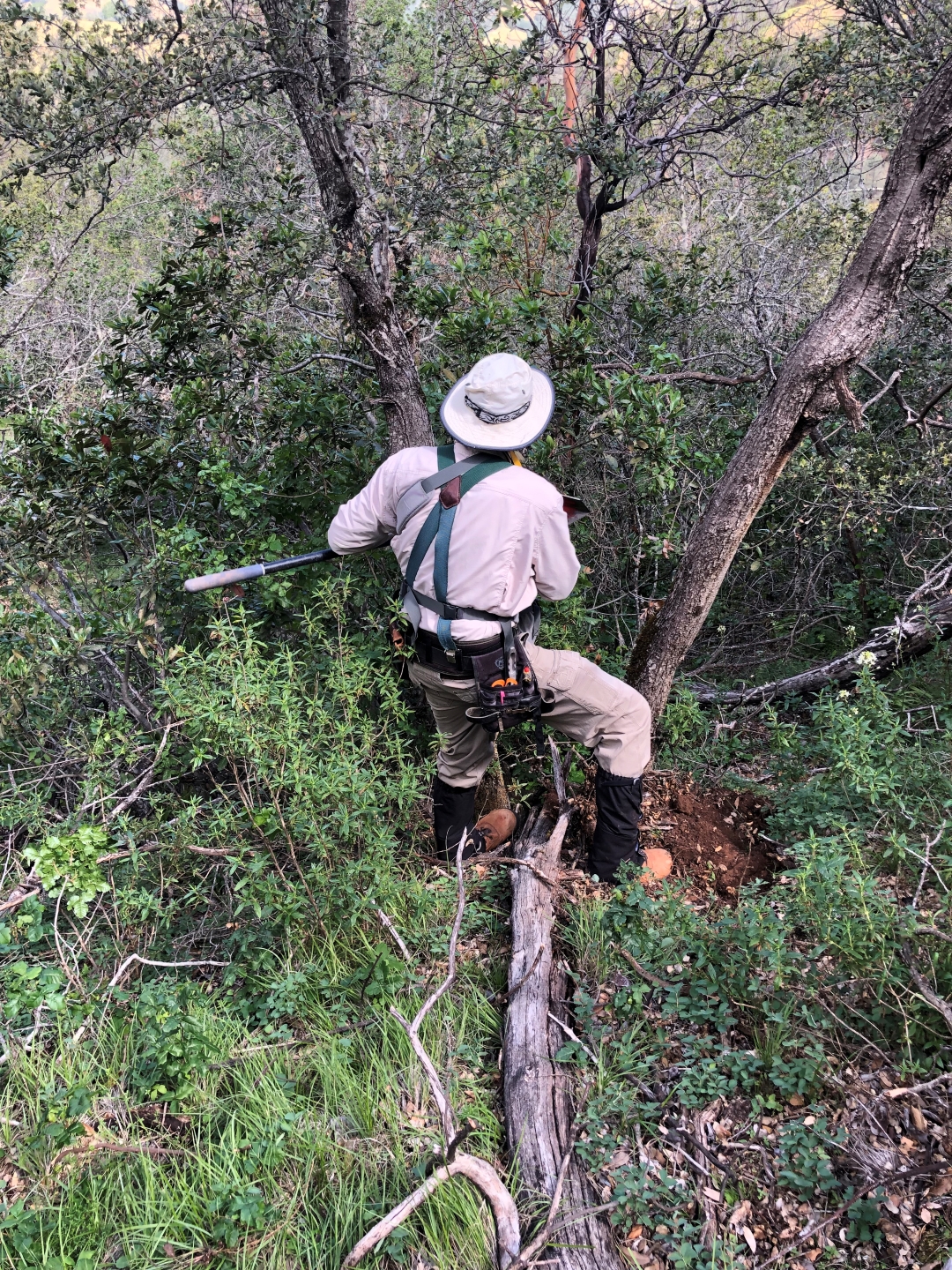 This is a project of a massive scale that could last for many years, one that is beyond any one organization.

As climate change continues to create and exacerbate environmental issues, like this dieback, there will be more opportunities for new and diverse collaborative efforts to occur.

Depending on the results of Phytosphere’s soil analysis, Save Mount Diablo hopes to open the Knobcone Point connector trail from Balancing Rock to Riggs Canyon by April of 2023.

If you would like to help our efforts in this dieback, consider donating to help fund research and management efforts.