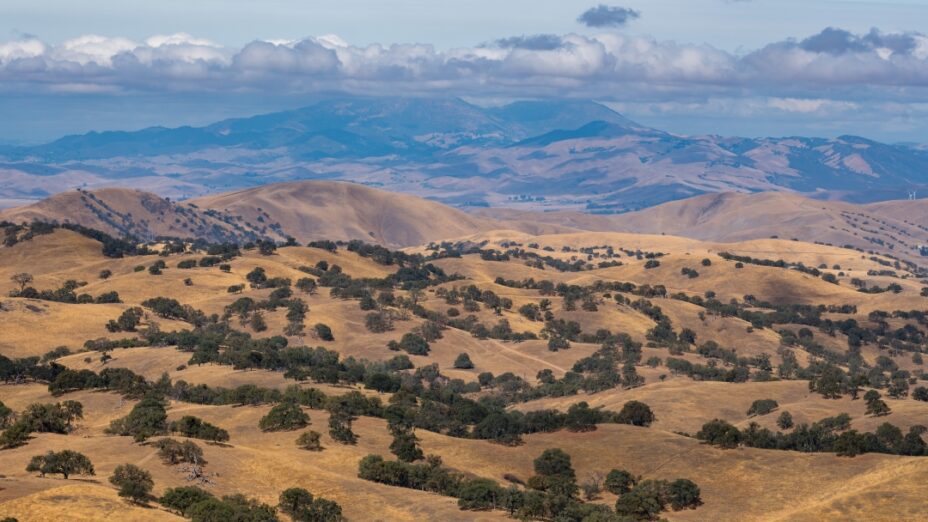 Save Mount Diablo is in one of the top three or four most important moments in its 50-year history. We’ve set a course to become an organization of statewide significance.

If you pay much attention to Save Mount Diablo’s communications, a new term has proliferated since 2019: “Diablo Range.” In 2019 our Board of Directors more than doubled the geographic area within which Save Mount Diablo operates. 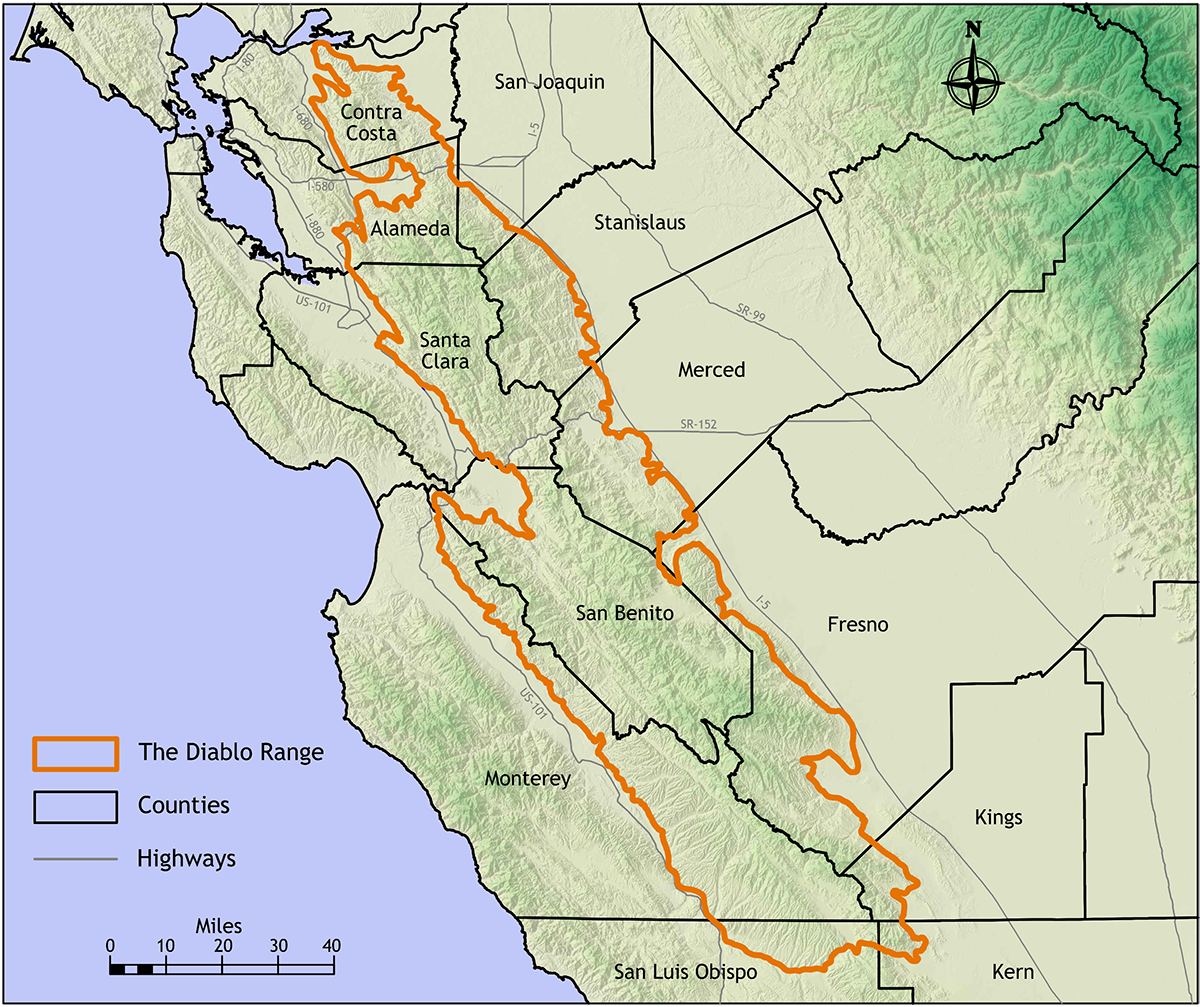 “It is increasingly important that we make sure Mount Diablo remains connected to the rest of its 200-mile Diablo Range stretching south across 12 counties, between Highway 101 and Highway 5. The Diablo Range includes more than 5,400 square miles of which only 24 percent is protected, the remainder threatened by increasing urbanization, fossil fuel and alternative energy development, wildfires, and climate change. For that reason, we have begun an expansion of our activities. While primarily focused on protecting the remaining important threatened open space properties north of Interstate 580, we’ve expanded our land acquisition activities south to Corral Hollow, will consider accepting land or easements as far south as the Alameda–Santa Clara County line, and will conduct related preservation and advocacy activities in the seven northern Diablo Range counties—Contra Costa, Alameda, San Joaquin, Santa Clara, Stanislaus, Merced, and San Benito. We will continue to popularize the entire 200-mile, 12-county Diablo Range, ‘California’s Next Big Conservation Story.’” 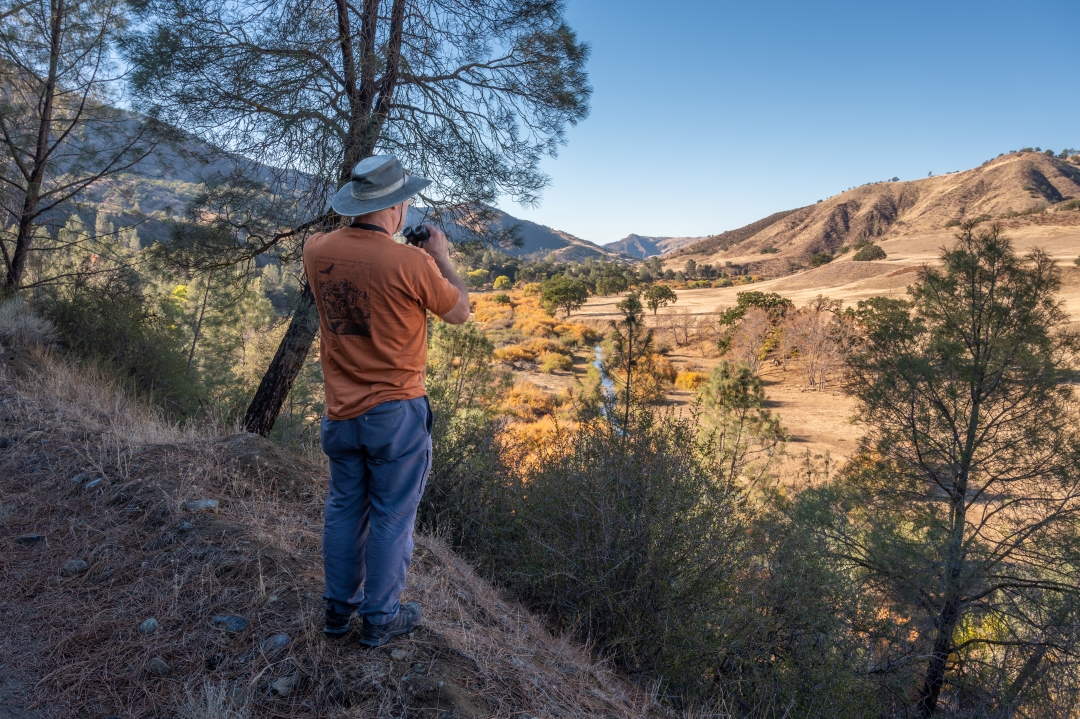 As part of the expansion, we considered our capacity—which is why we’ll continue to focus acquisition and stewardship efforts near Mount Diablo—and did a gap analysis of areas not getting much attention.

We’ll continue to focus on partnerships and collaborations. We’re budgeting funds for advocacy in each of the new counties. As more than one member of our Board noted about preserving and defending more of the Diablo Range, “If we don’t do it, no one will.”

In 1930 Mary Bowerman was assigned Mount Diablo as a botanical research project, her work centered on the wonderfully diverse main peaks. When she co-founded Save Mount Diablo in 1971, its first priorities came directly from Mary and her research—protect the main peaks and canyons.

The assumption was that development would surround and isolate the “island mountain.” Over time it would come to resemble a botanical garden or a zoo. At the time, Mount Diablo State Park was 6,788 acres—10 square miles. The hope was that it would grow to 20,000 to 25,000 acres, the area covered by Mary’s original research, and the effort would end.

Save Mount Diablo’s well-meaning but naive founders hoped to be finished in five years, by the time of the 1976 Bicentennial. In that first five years, 2,000 acres were protected, mostly on the north side.

Save Mount Diablo started raising funds to purchase properties directly to speed up the process. After 17 years as an all-volunteer organization, in 1988 I was hired as Save Mount Diablo’s first staff person. 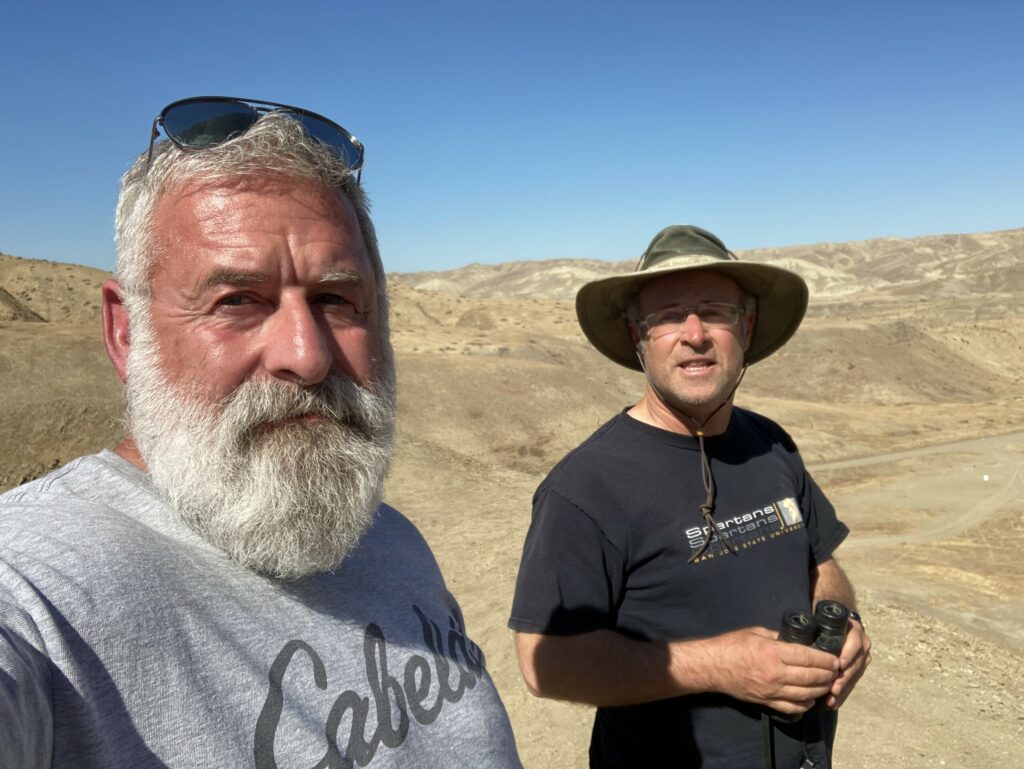 As nearby areas began being protected as city open spaces and regional parks, people like Bob Doyle, Bob Walker, Malcolm Sproul, and I began developing a bigger vision, often centered on recreation—connect the parks in big corridors and trails—but benefitting wildlife too.

Save Mount Diablo began defining that bigger vision, naming those corridors, and convincing agencies to get on board. Often we’d defend the urban edges and slow down or stop bad development projects.

Step by step we expanded parks and Save Mount Diablo’s geographic area east of Morgan Territory and north of Marsh Creek Road to East County, all the way to the Central Valley, and down the Tassajara Valley and Highland Ridge into the Tri-Valley area and to Altamont Pass. Because of a supportive public and generous donors, we were extraordinarily successful.

By 2019 Mount Diablo was no longer an island.

Instead it was covered in a network of protected areas. From 6,788 acres in 1971, Mount Diablo State Park had grown to 19,431 acres and was part of a system of 50 different parks and preserves north of Highway 580 and totaling more than 120,000 acres. In the East Bay as a whole, protected lands tripled to more than 30 percent of the Contra Costa and Alameda counties. 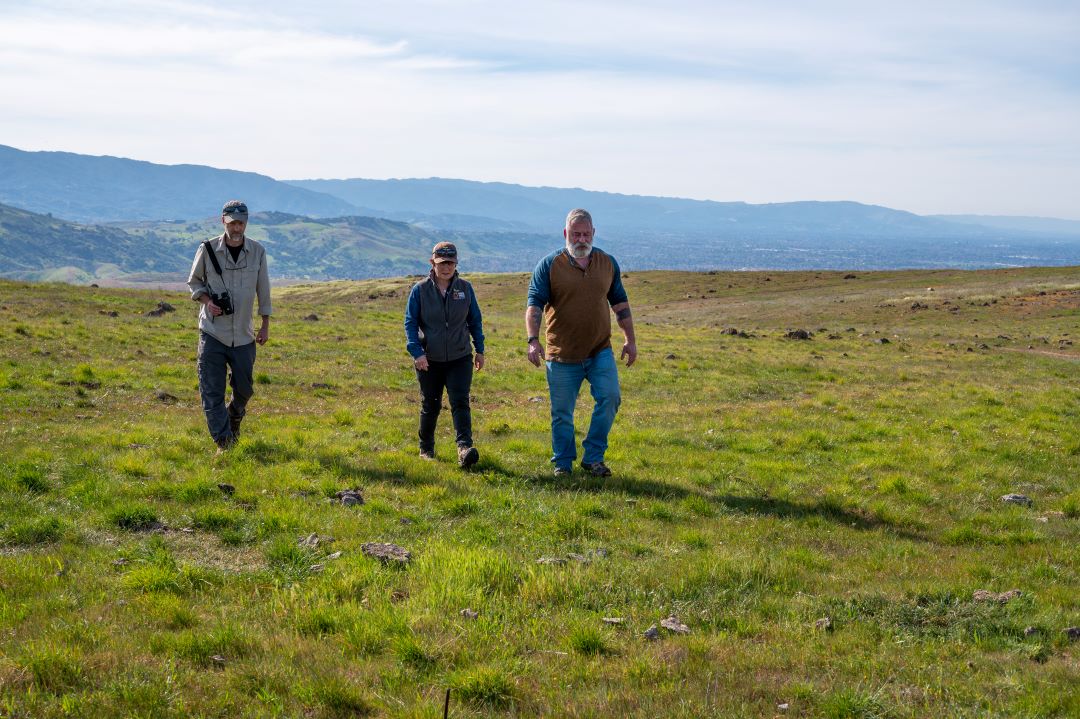 For years we’d paid lip service to the idea that if Mount Diablo were cut off from the rest of the Diablo Range, it would lose many of its resources. I talked about connecting south to Del Valle Regional Park and Henry W. Coe State Park, but no one took it too seriously.

Until they did. By 2012 we expanded our geographic area to include both sides of Altamont Pass. But we also began working further south to help protect Tesla Park in Corral Hollow, part of that narrowest choke point of the northern Diablo Range.

In the time of climate change, big, diverse wildlife corridors like the Diablo Range will be increasingly important. When the 50,500-acre N3 Ranch was listed for sale, 50 percent larger than San Francisco and stretching through four counties, suddenly there was the potential to connect south to both Del Valle and Henry Coe in a single project.

As mentioned, in 2019 we’d doubled our geographic area south to the Alameda–Santa Clara County line. This did not represent a dramatic increase in our work, we were simply focusing on a larger area. 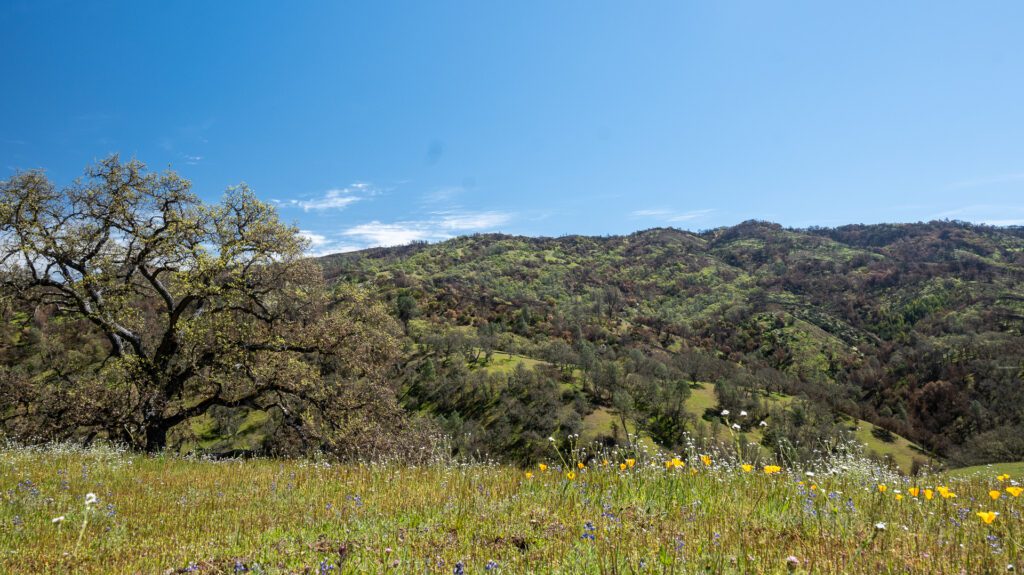 In August 2020, the 400,000-acre SCU fires provided another opportunity to focus public education, which we began that fall with our Diablo Range Revealed project. The Diablo Range really was starting to reveal its secrets—incredible biodiversity and fewer houses and less fragmentation than in wetter areas.

We’re involved in a defense of Del Puerto Canyon from a reservoir project. Our communications efforts have been impressive. We’ve led many hikes and tours. News articles and web sources related to the Diablo Range have dramatically increased. 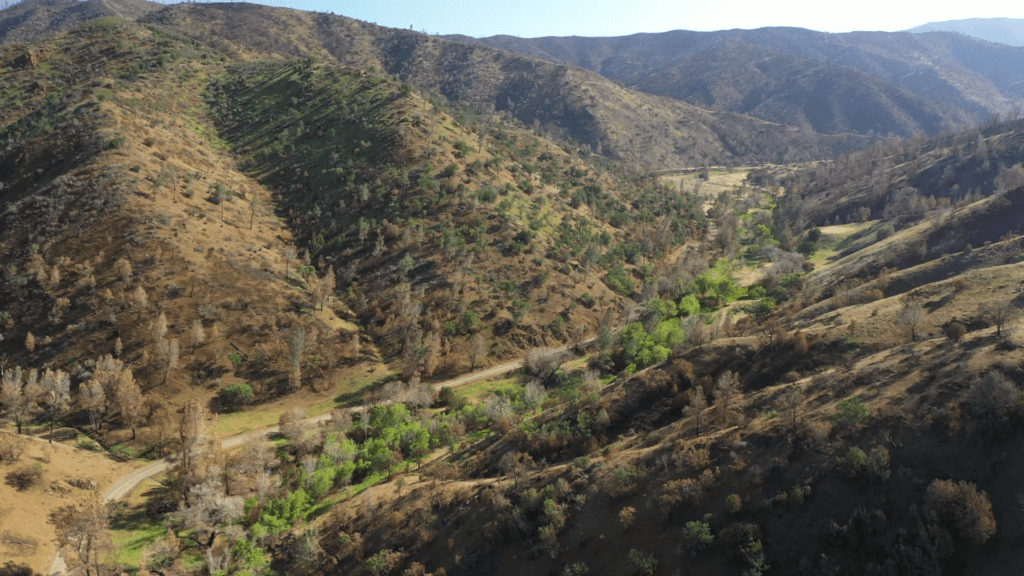 In August 2021 the first California condor born in the wild in Pinnacles National Park flew through Altamont Pass to east of Mount Diablo: the first condor to reach Contra Costa County in 100 years. It was a powerful symbol of our conservation efforts and of the importance of the Diablo Range wildlife corridor.

We’ve heard from many donors and stakeholders about how this big picture visionary project has inspired them. Our efforts to protect the Diablo Range are of statewide importance. 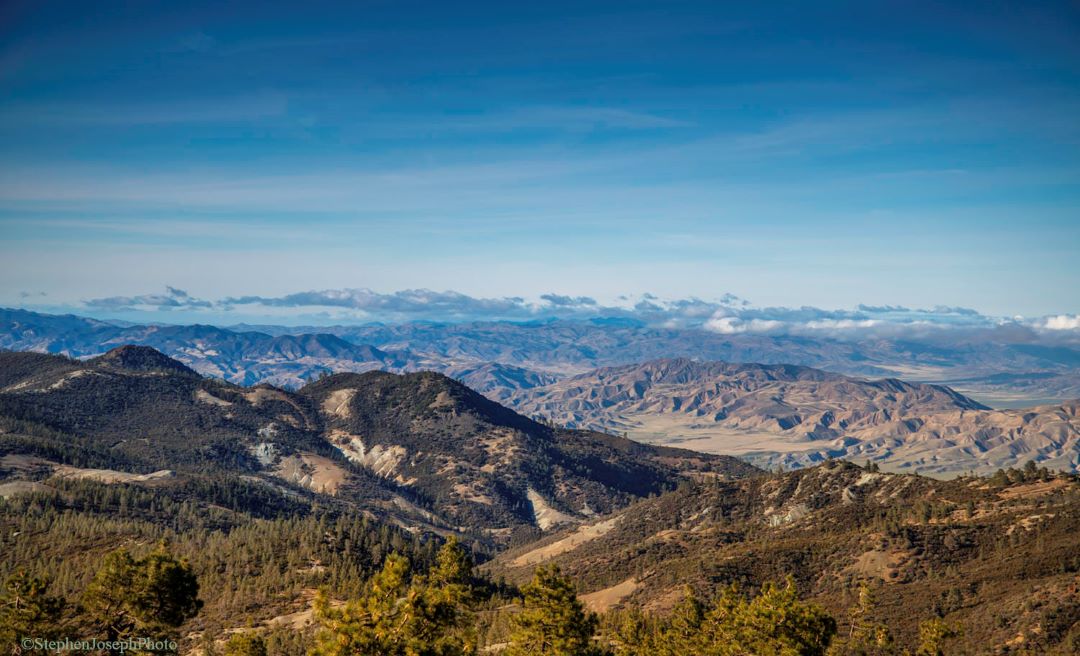 Looking down from San Benito Mountain, the highest mountain in the Diablo Range. Photo by Stephen Joseph.

Adding Stanislaus, Santa Clara, and Merced gets us to Henry W. Coe State Park and Pacheco Pass, through gaps in other conservation efforts. The seventh county, San Benito, is a special opportunity.

It includes the largest portion of the Diablo Range and its highest peak, San Benito Mountain, as well as Pinnacles National Park. San Benito County has a tiny population of 67,000 and just two incorporated towns, Hollister and San Juan Bautista. Affecting land use decisions there could be cost effective and could lead to significant conservation gains.

The next 50 years? While continuing to focus on the special areas near Mount Diablo, we’ll also bring more attention to the Diablo Range. We’ve already started responding to several threatening projects further south. We’ll make sure the Diablo Range is included in statewide planning efforts like 30×30, Governor Newsom’s Executive Order in which California committed to the goal of conserving 30 percent of our lands and coastal waters by 2030.

Step by step, Save Mount Diablo will help defend, expand, and connect the 24 percent of the Diablo Range that has already been protected. And you can help us “Save the Diablo Range.” 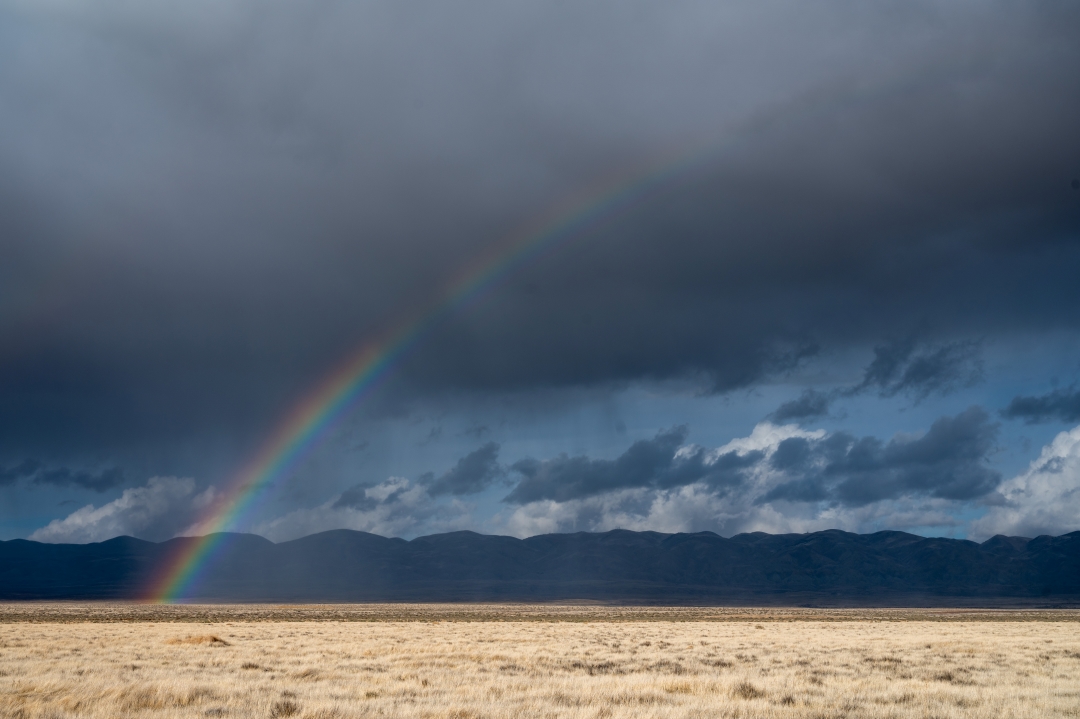