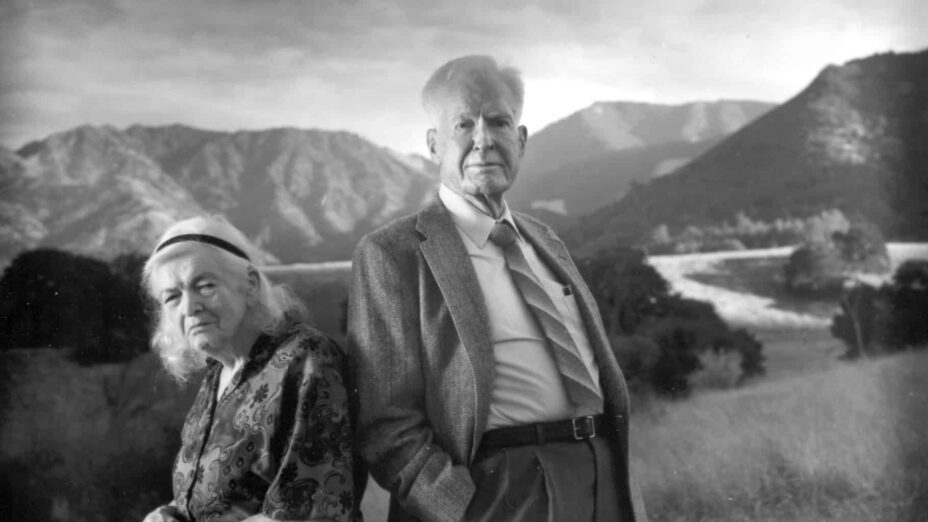 “Helping to create Save Mount Diablo and arousing public and legislative support for the mountain has been the most important work in my life—I feel that I have contributed to the world.” Arthur D. Bonwell helped make our community the desirable place to work, live, and enjoy that it is today.

A taciturn Midwesterner, both sociable and fiercely independent, Art was a hero of early conservation.

As co-founder of Save Mount Diablo, he came into the conservation field at a critical time. Without him, the parks and mountain we know today could have been much different.

Co-founding Save Mount Diablo in 1971, he served on its Board of Directors until he passed away in 2012 at the age of 85. 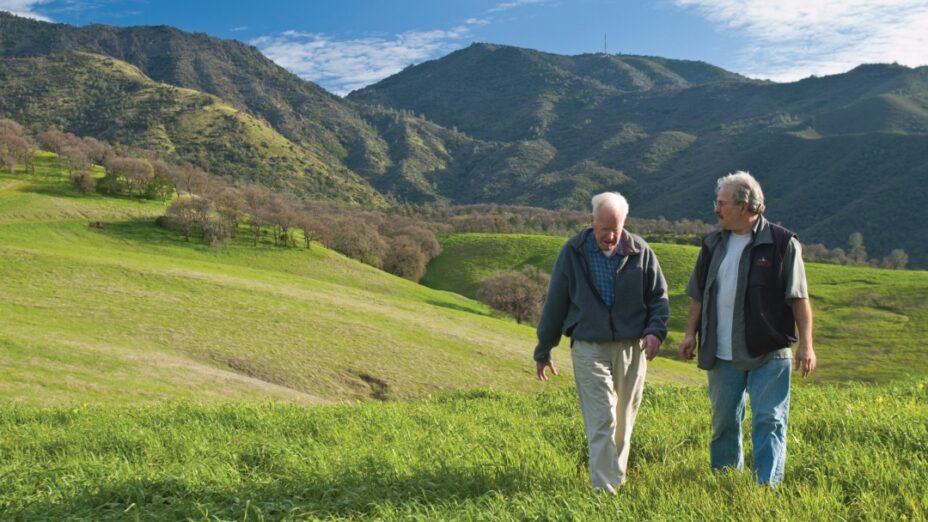 Art Bonwell and Ron Brown at Save Mount Diablo’s Lot 25 property in 2004. Photo by Scott Hein

Art graduated from Purdue University with a degree in electrical engineering. He served for the Navy for a brief period of time, and it was then that he got his first glimpse of Mount Diablo.

He returned to the Bay Area in 1956; he was transferred by Dupont to help build and operate the Dupont-Antioch Works. He retired at the age of 56 and began his second career in conservation. 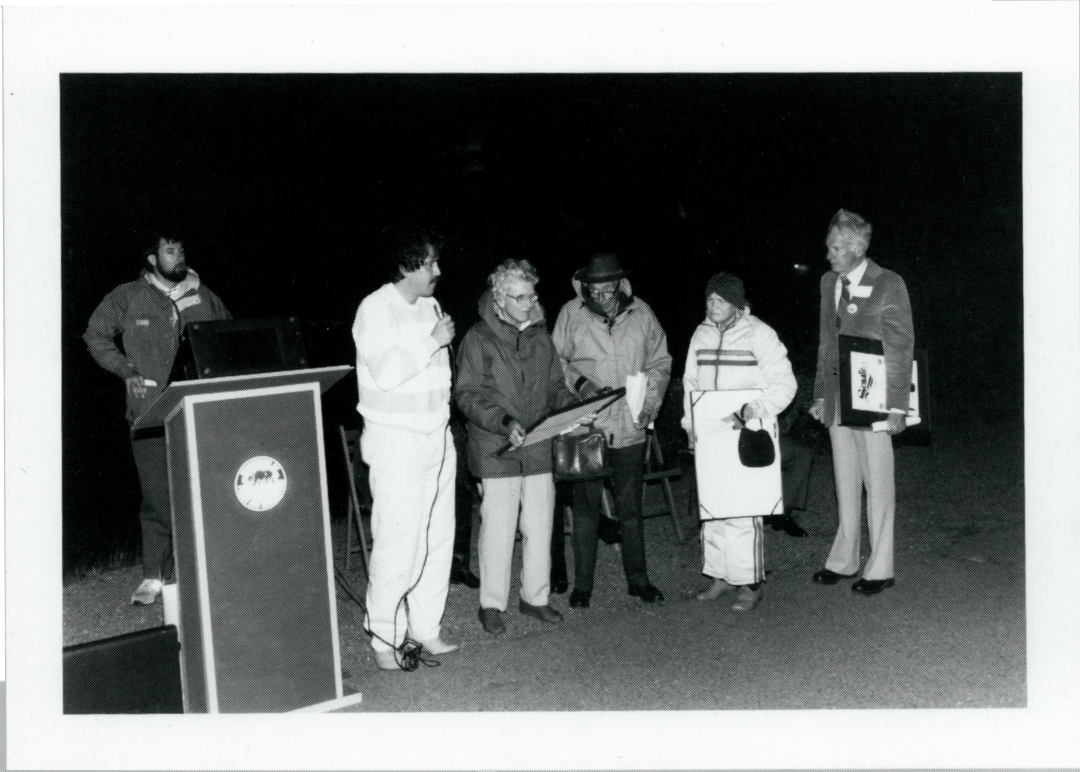 It was 1971, just one year after the California Environmental Quality Act was passed and Earth Day was first nationally celebrated. Yet subdivisions were creeping up onto the foothills of Mount Diablo—the Bay Area was rapidly expanding.

Art was very familiar with these issues; he was active with both the Contra Costa Park Council and the Sierra Club. Beginning in 1969, he’d served as the Chairman of the Central Contra Costa County Conservation Committee of the Sierra Club’s San Francisco Bay Chapter.

Mary Bowerman was also an early advocate for Mount Diablo. She expressed concerns about development threats to the mountain in both Sierra Club meetings and Contra Costa Park Council meetings.

“Mary would show up at both of those monthly meetings, and so we got to know Mary very, very well.” Art said. “And we got to know quite a lot about Mount Diablo and her views about preservation.

Art suggested to Mary that they organize a group to work specifically on protecting Mount Diablo, and on December 7, 1971, they co-founded Save Mount Diablo. As Art would say, Mary was the visionary and Art was the typewriter in creating an organization to protect the Diablo wilderness. 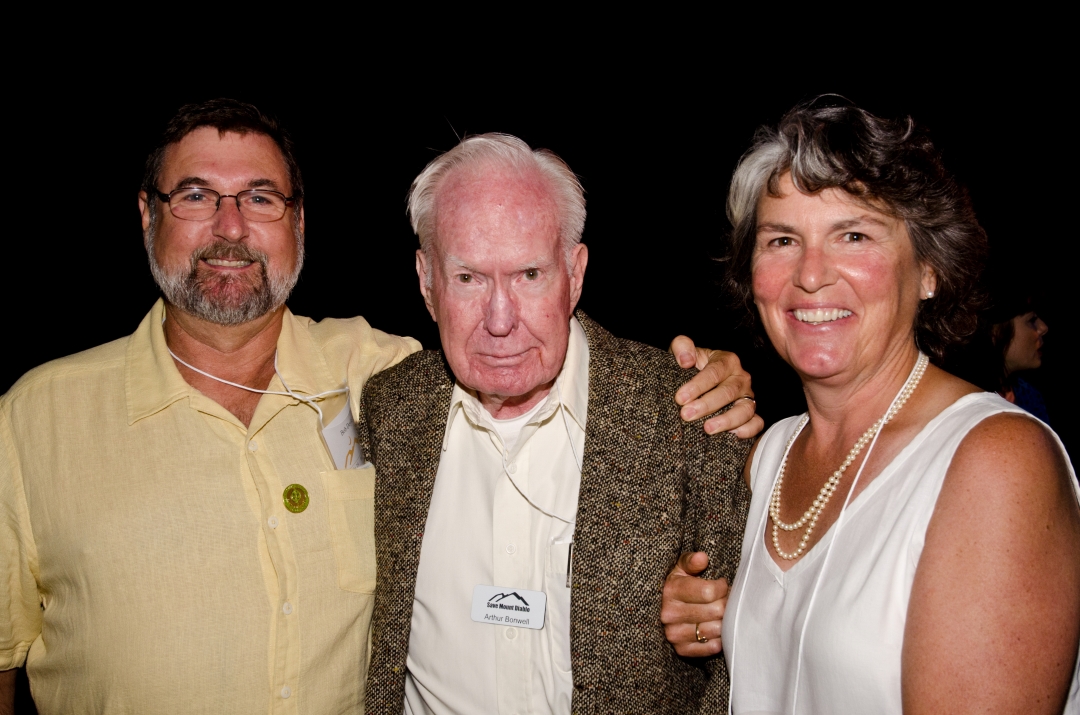 “He was a person who very early on saw Mount Diablo bigger than just a state park,” said Robert Doyle, former General Manager for East Bay Regional Parks and a founding Board member of Save Mount Diablo.

“He saw all the foothills around as part of the mountain physically, and he didn’t care who had them, he wanted them protected.”

In the same year that he founded Save Mount Diablo, Art Bonwell also created Diablo Wheelmen. The Diablo Wheelman bicycle club organized rides and trips, many of them more than 500 miles, throughout northern California and Oregon.

It eventually grew to 450 members. It organized some races and even sponsored some teenage racers.

Art was closely associated with the Concord Historical Society, where he served as a member of its Board of Directors from 1996 until 2009. He edited the society’s newsletter, changing its name from Newsletter to Concord Historian in 1998.

He updated and expanded the society’s website. He also began oral history interviews—he recruited the interviewers, arranged the transcripts, and loaded them onto computers for easy access.

One to Always Get Involved 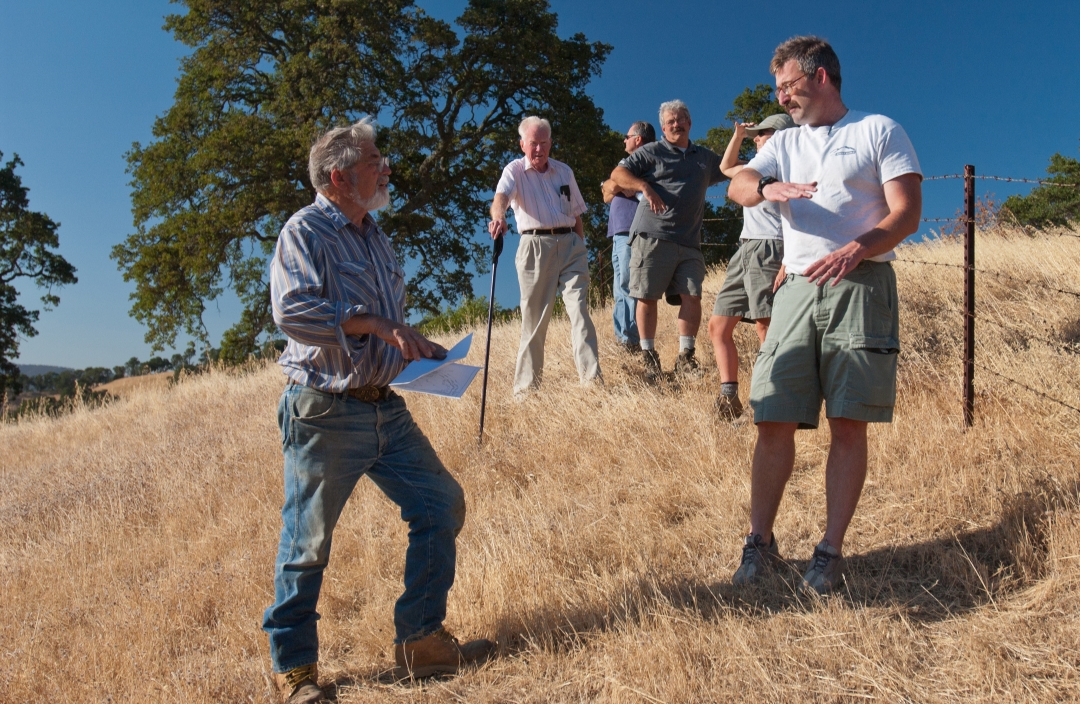 Art Bonwell at a tour of the Morgan Red Corral. Photo by Scott Hein

Bonwell left California from 1987 to 1995 to take care of his mother in Indiana. For those few years he was gone, he served on the city council in his hometown.

He was always one to get involved wherever he went, creating and inspiring positive change around him. Fifty years after Art and Mary’s co-founding of Save Mount Diablo, this is something we still strive for: to create and inspire positive change throughout our community.

April 28 is Art Bonwell’s birthday. Thank you, Art, for creating Save Mount Diablo and protecting our beloved mountain and the land surrounding it!

See the history of Save Mount Diablo through co-founder Art Bonwell’s eyes. 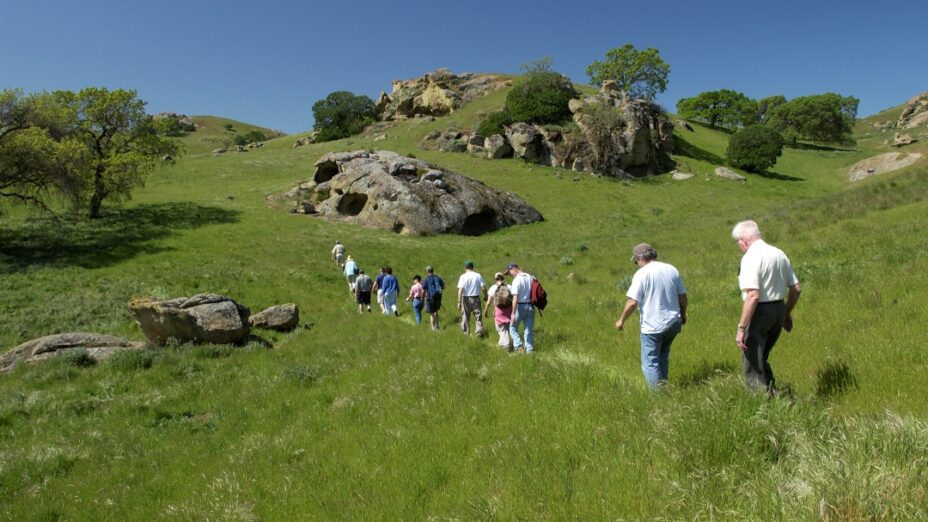