In her first year of the project, she captured over 16 species through several motion-activated cameras. Kathy notes that “as a result of the length of study we’re beginning to recognize family units and behavior patterns” of the animals seen, which is essential information in understanding our wild land urban interface.

The wild land urban interface is the transitional zone between natural and human-developed lands. Many homes in Contra Costa County are situated right next to some kind of natural land, including open space, state park, or regional park land, and many animals live on and use that natural land to cross into areas where there are resources that support their survival (these routes are known as wildlife corridors).

Because of increasing human development in the Bay Area, many unprotected, natural lands are at risk of being built on and therefore, can threaten the successful survival of animals.

“Determining the path of wildlife throughout the open space provides crucial information for the conservation efforts of Mount Diablo and its surrounding community. Evidence of wildlife and its habitat is critical to validating the need for open space in rapidly developing areas. Furthermore, the wildlife behavior over time will show the effects of climate change as well as effects of engagement such as restoration of the creek” (Kathy Cutting, 2022).

Curious as to what kind of animals Kathy Cutting has been seeing through her wildlife cameras? Check out the Galindo Creek Field Station YouTube Channel.

Jennifer Natali, PhD student from UC Berkeley’s Riverlab, and her team of student researchers are studying pool habitats in the seasonal streams of Pine Creek within Diablo Foothills Regional Park and Mount Diablo State Park. Their goal is to understand site characteristics and conservation necessities for the survival of steelhead trout and coho salmon in Pine Creek.

It’s been over 50 years since the last sighting of coho salmon in Pine Creek. Jennifer Natali notes that “today, salmon migration is blocked by flood control infrastructure, both concrete channels in downstream urban areas and two dams on Pine Creek within the parks.” 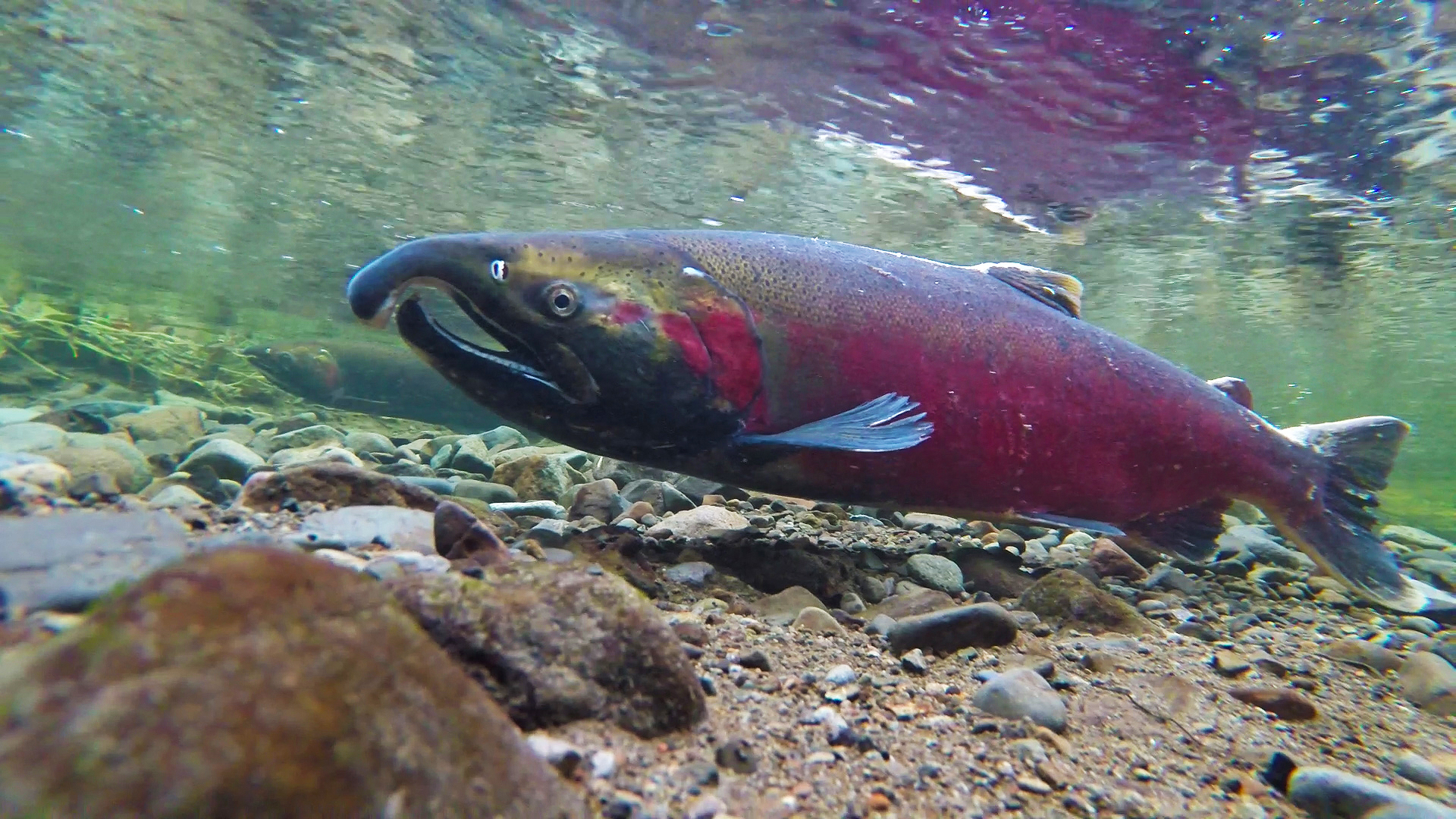 A coho salmon spawning on the Salmon River. Hopefully they will one day return to Pine Creek as well. Photo by the Bureau of Land Management / CC BY

Contra Costa County Flood Control and the Water Conservation District has come out with a 50-year plan in which they are planning to restore concrete channels within Walnut Creek’s urban watershed. Jennifer Natali and her team are looking at the habitat restoration possibilities and potential of salmon reintroduction and survival within this 50-year plan. This is the second year Save Mount Diablo has helped fund Jennifer Natali’s research through the Dr. Mary Bowerman Science and Research program.

Visit the Riverlab website for more information on Riverlab projects.

Alacia Welch, Condor Program Manager at Pinnacles National Park, is working alongside Ventana Wildlife Society to achieve a self-sustaining population of the federally endangered California condor. The Dr. Mary Bowerman Science and Research program is helping cover costs for GPS transmitters, which Alacia and team attach to condors to track the birds as they explore more distant regions. 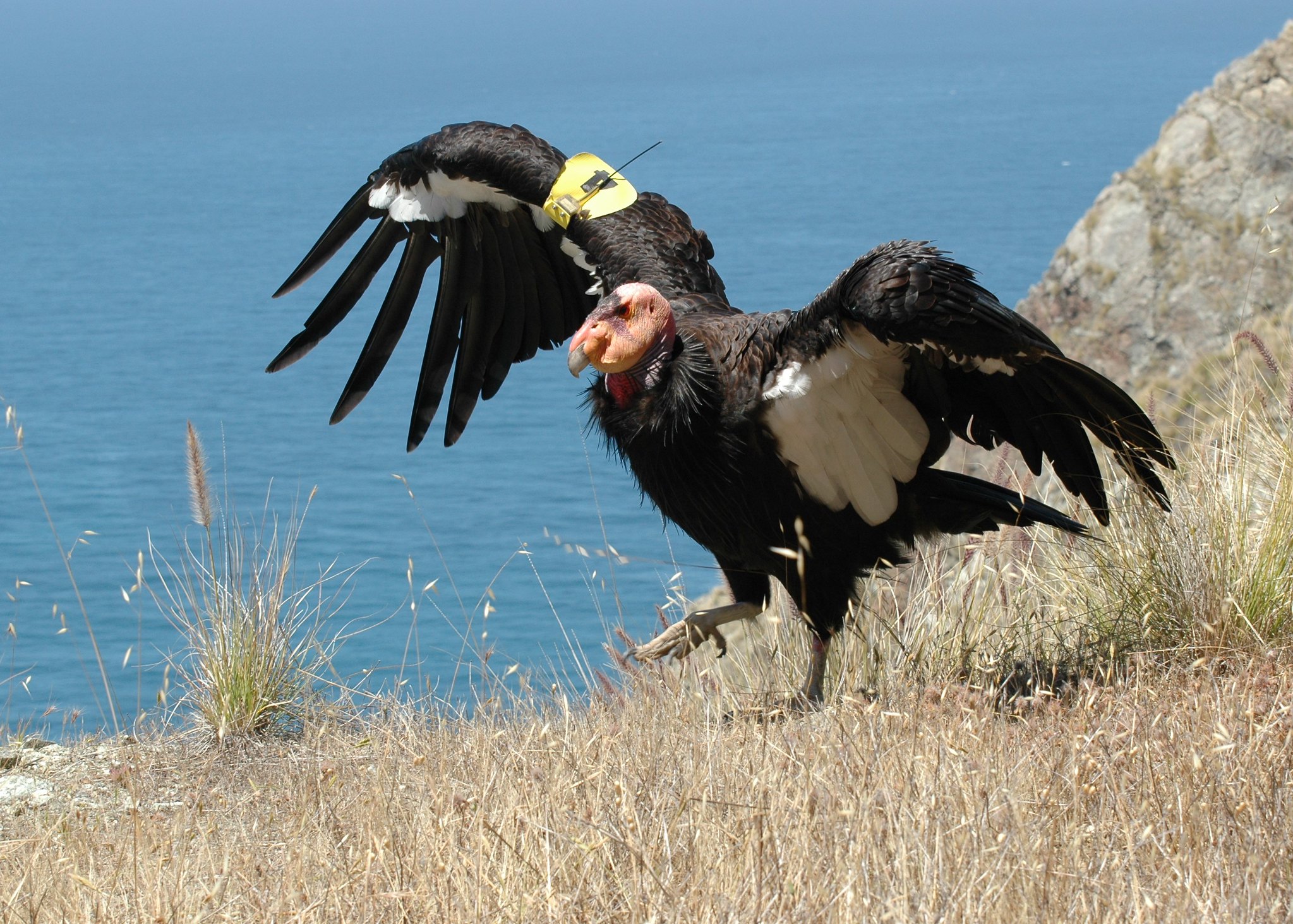 California condors have made a remarkable recovery since the late 20th century, when there were less than 30 individuals in the wild. Photo by Ken Clifton / CC BY-NC

There have been a few exciting condor sightings in the past few months, one of which was near Mount Diablo. Alacia notes that in the summer of 2021, “Condor 828 flew farther north in western California than any condor before her since condor release programs began in the 1990s. Over three days, she flew north from Pinnacles National Park and circled around the eastern flanks of Mount Diablo before returning south to Pinnacles, covering over 100 miles each way.”

Alacia and team “anticipate more condors exploring the area and pushing further north into the Mount Diablo wilderness in upcoming years.” Monitoring the condors’ movement will help the team identify new threats and provide support for the condors’ expansion into new places.