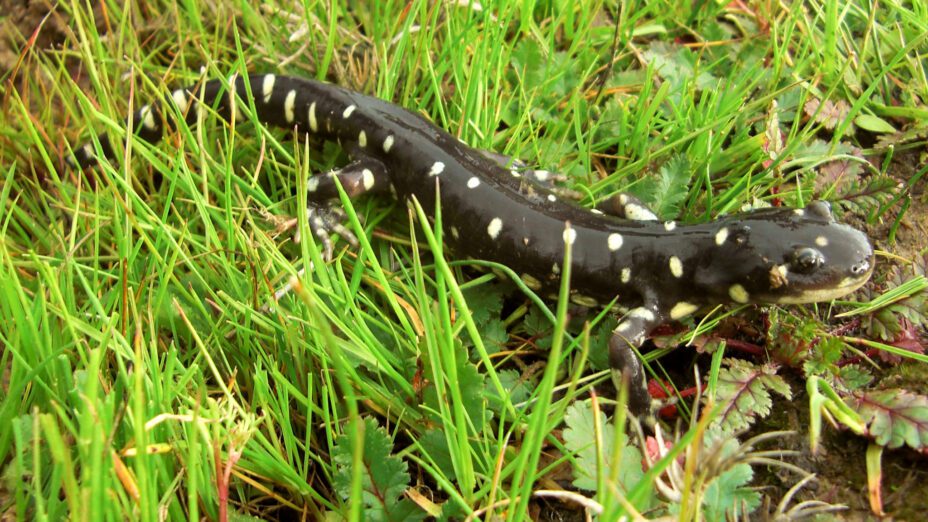 One of the most exciting experiences is encountering an endangered or rare species. The encounter is even more exciting when it’s unexpected and occurs on your own property.

Our Land Team staff members were out in the field meeting with some agency staff, when they chanced upon a dark shape in a rocky pool. Taking a closer look, they realized it was a California tiger salamander! 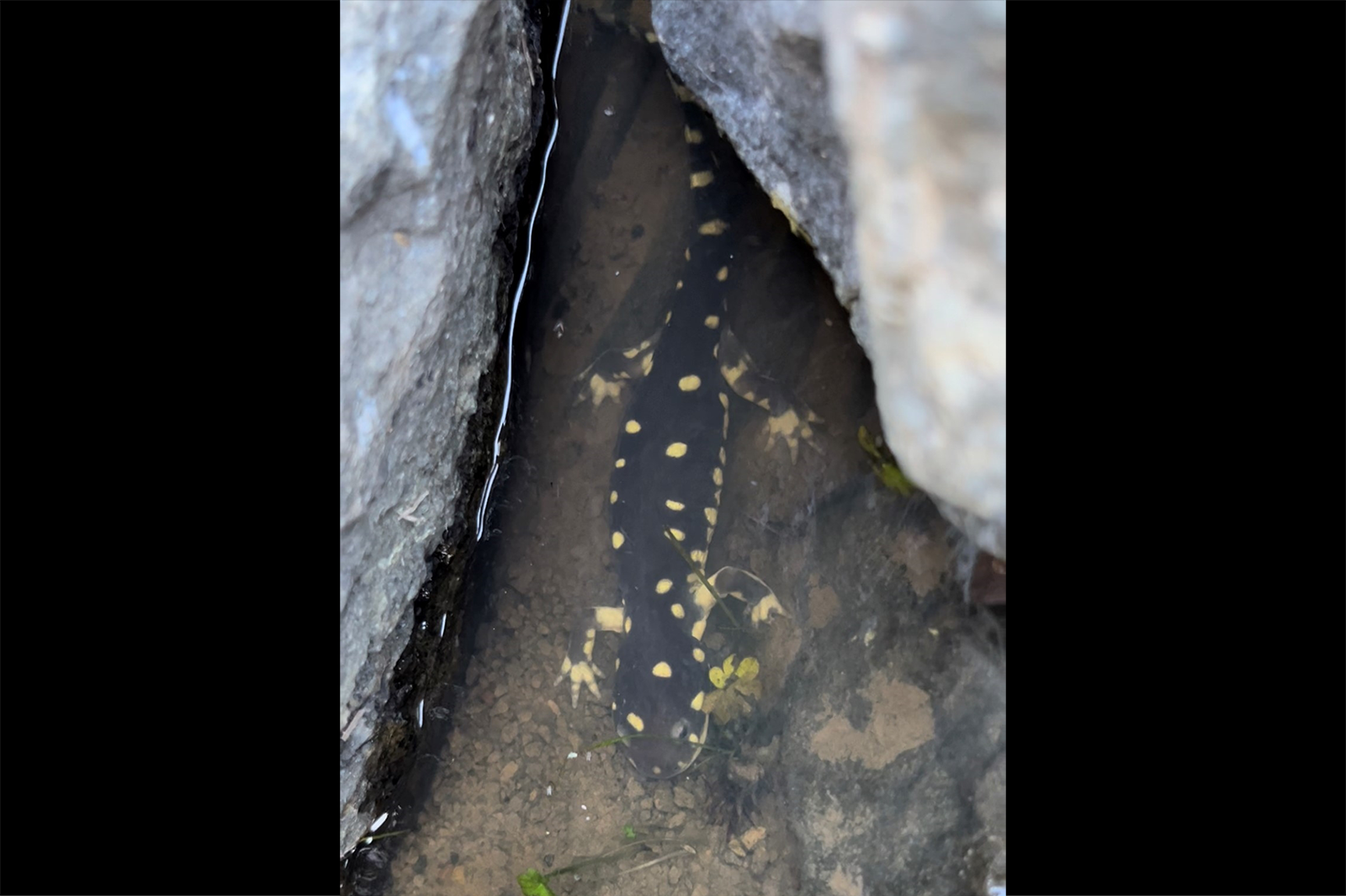 The California tiger salamander that our Land Team encountered. Photo by Sean Burke.

California tiger salamander (Ambystoma californiense) populations are declining. They are mostly found in the Central Valley, with small populations from Sonoma to Santa Barbara counties on the coast and from Yolo to Kern counties inland. Finding one on Save Mount Diablo land was very surprising.

These stocky salamanders rely on vernal and ephemeral pools for breeding and reproduction, and drought and development have taken a toll on their numbers. Nonnative predators like bullfrogs also contribute significantly to the California tiger salamander’s decline.

More information about the California tiger salamander and all of the threats it faces can be found on the US Fish and Wildlife Service website.

Encounters like these are encouraging in the face of the greater climate crisis and mass extinction event. That an imperiled salamander decided to take refuge in one of our properties means that we are doing something right. Its presence is proof that protecting land means protecting endangered, rare, and sensitive species.

In time, hopefully more California tiger salamanders will move into the protected lands around Mount Diablo and increase their population sizes. We’ll keep our eyes out!