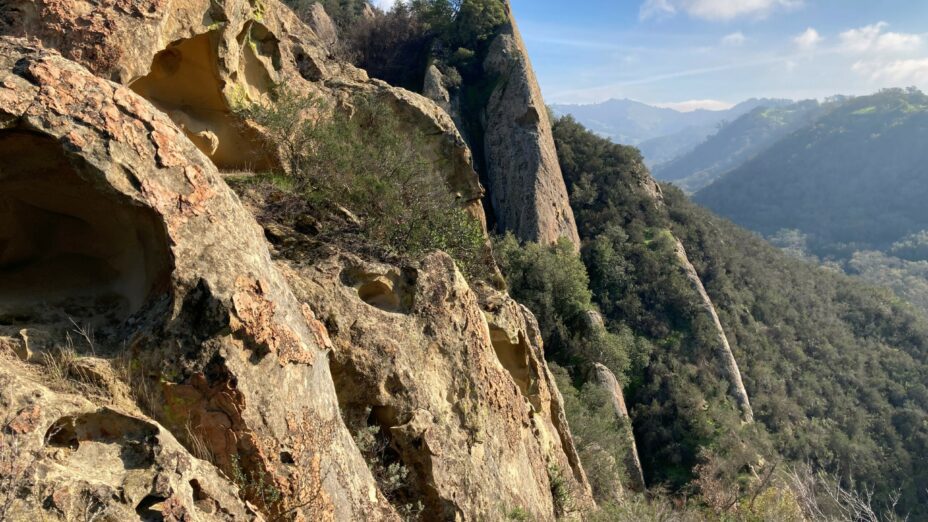 Volunteers from all three organizations collaborated to pick up litter and remove graffiti, including some hate speech, from rock faces. They removed graffiti from three massive wind caves, which are home to nesting swifts, pigeons, turkey vultures, owls, and falcons (kestrels and peregrines), bats, etc.

Before and after comparison of painting over graffitied rocks. Photos by Bob Cooper.

The volunteers tasked with picking up trash primarily focused on removing tiny glass shards that are hazardous to peregrine falcons and other raptors nesting in the area.

These birds rely on sand to fill their crops and help digest food, so they can accidentally ingest any glass shards in the sand pits at the bottom of the rock caves.

Those tasked with removing the graffiti first carried water jugs a half-mile to where the power washer was set up.

Then they split into two groups: one sprayed down the more durable rocks with a biodegradable detergent known as “Elephant Snot” to remove graffiti; the other group painted over the graffiti on rocks too fragile to hose down. 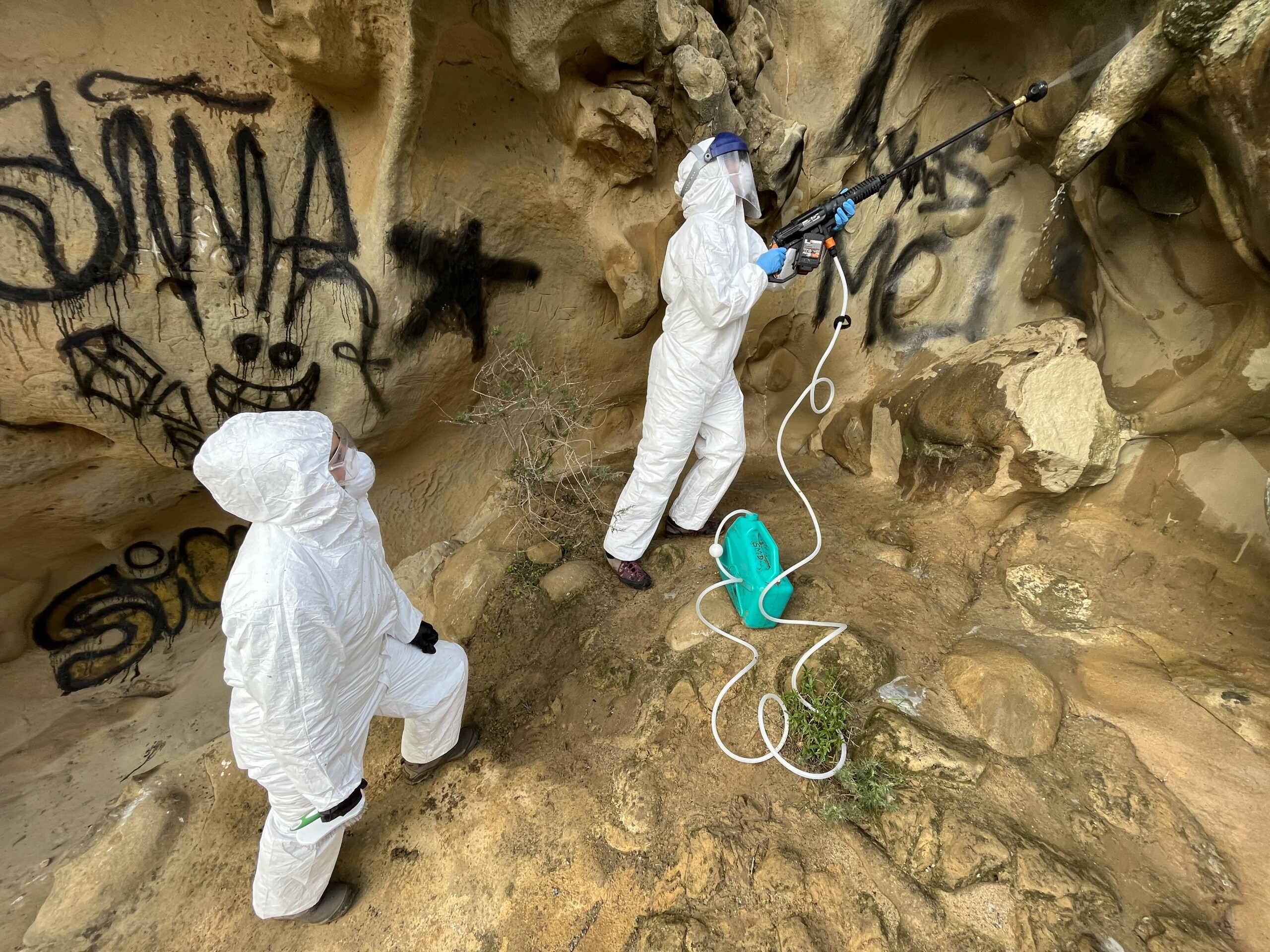 Washing graffiti off of the rocks using Elephant Snot. Photo by Sean Burke.

It’s important that recreational user groups give back to the area that they enjoy, helping to lighten the load for the agencies that provide for recreational opportunities, and connecting to the lands that provide so much for them.

The collaboration and teamwork from our volunteers are a brilliant example of outdoor user groups being excellent conservationists. In working together, they made Pine Canyon safer and more beautiful for everyone, wildlife included, to enjoy.