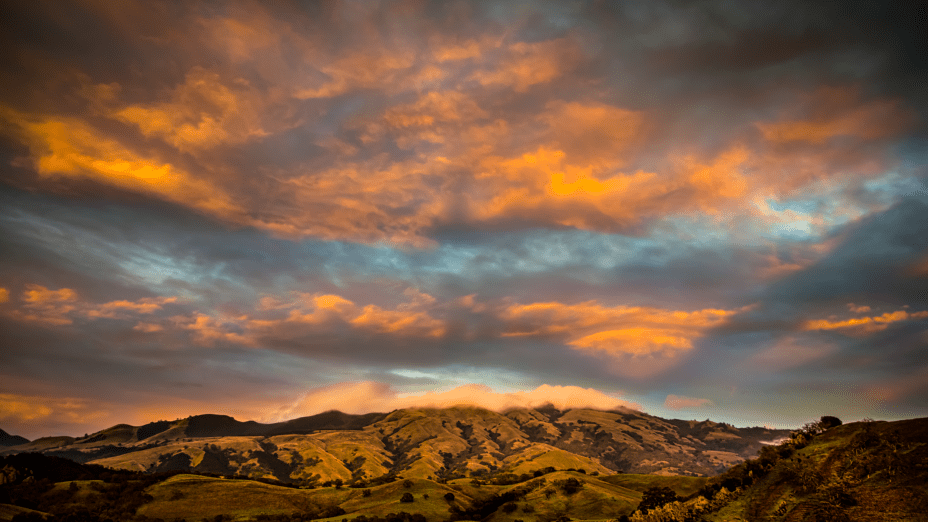 This year marks the 100th anniversary of Mount Diablo State Park, as well as California State Parks’ 50 years of collaboration with Save Mount Diablo. In celebration, let’s look back at all that we have accomplished together to grow, steward, and make accessible to the public this beloved local park. 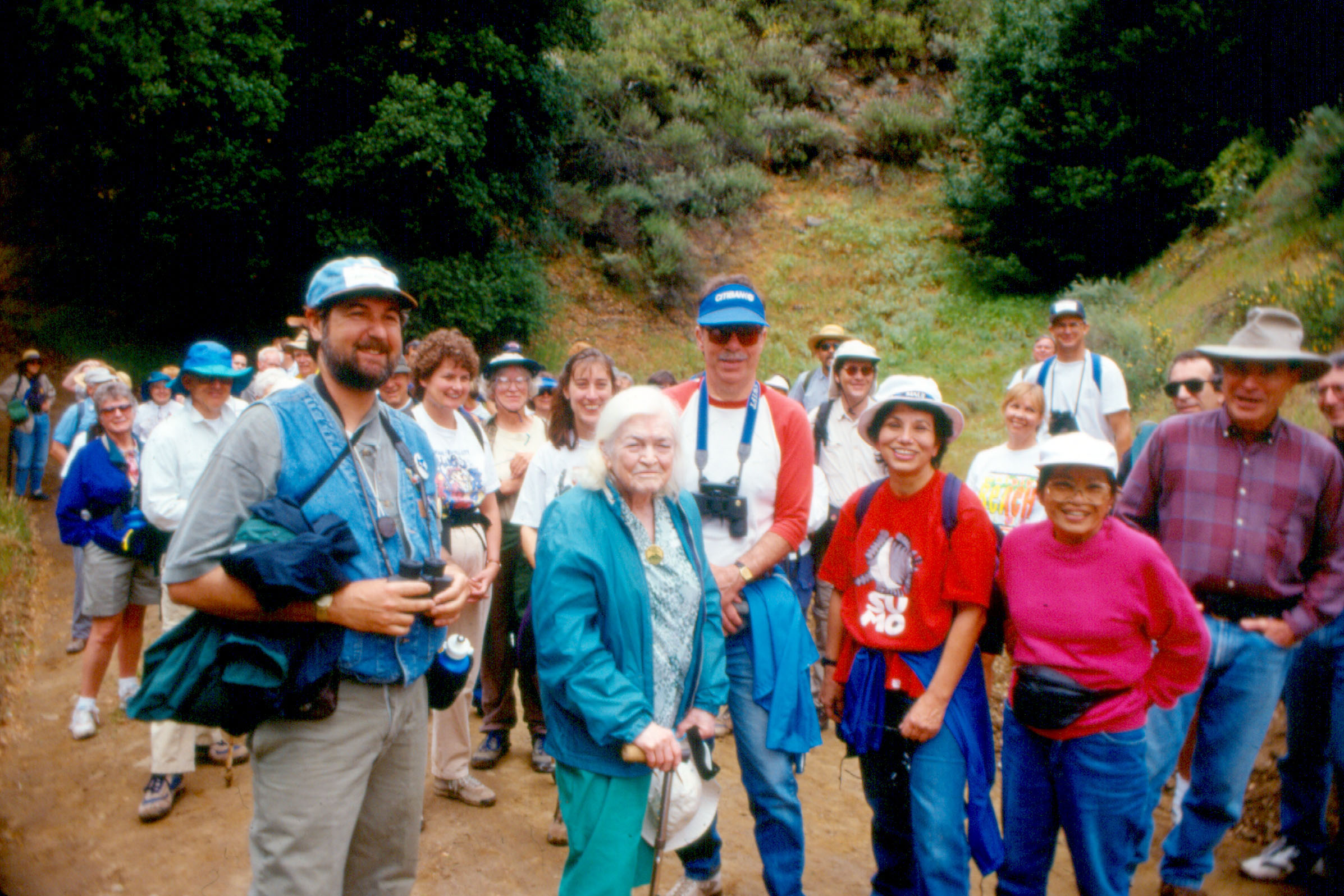 By the time of Dr. Bowerman’s passing in 2005, Save Mount Diablo had helped triple the size of the park to its current size of 20,000 acres.

Save Mount Diablo and its partners continued preserving more land after 2005, incorporating the priorities that Dr. Bowerman and others had established. Today, more than 120,000 acres of land is protected on and around Mount Diablo in 50 parks and preserves.

Restoring the Eye of Diablo

The Beacon stands atop the summit of Mount Diablo, the last remaining beacon in a series of transcontinental guides used during World War II. Mount Diablo’s beacon was almost lost as well, because Mount Diablo State Park did not have the resources to maintain it. 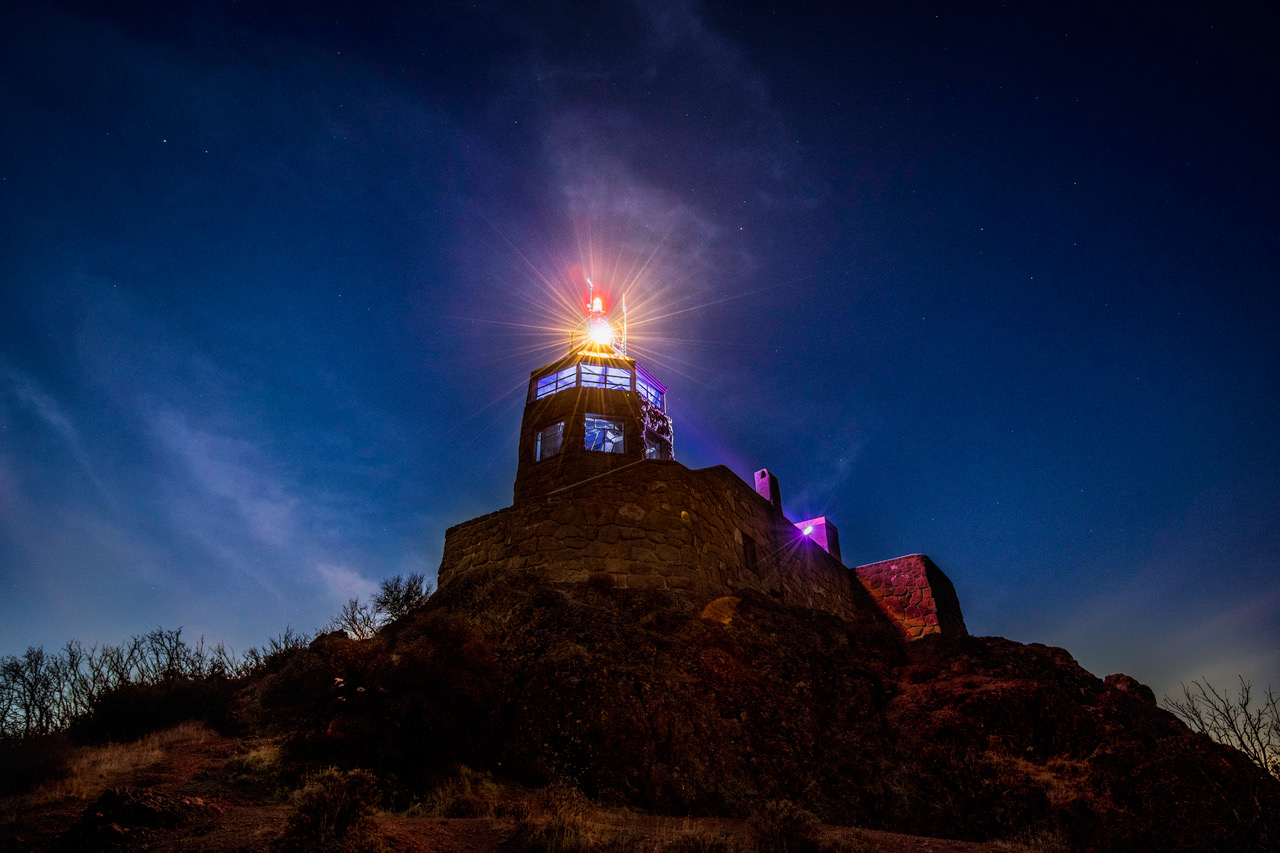 The Beacon has been dubbed the Eye of Diablo. Photo by Stephen Joseph.

During the first year of the current pandemic, to bring light and hope to our region, Save Mount Diablo staff and volunteers also lit the Beacon each Sunday at sunset and then rested it every Monday at dawn.

Sudden oak death (SOD), as its name suggests, is a disease that infects certain oak species and causes the trees to die over a period of just a few years. SOD is caused by Phytophthora ramorum, an invasive, microscopic fungus. California bay laurels are the primary carrier of P. ramorum (the bay trees are not affected by the fungus), and the pathogen infects oaks via water. 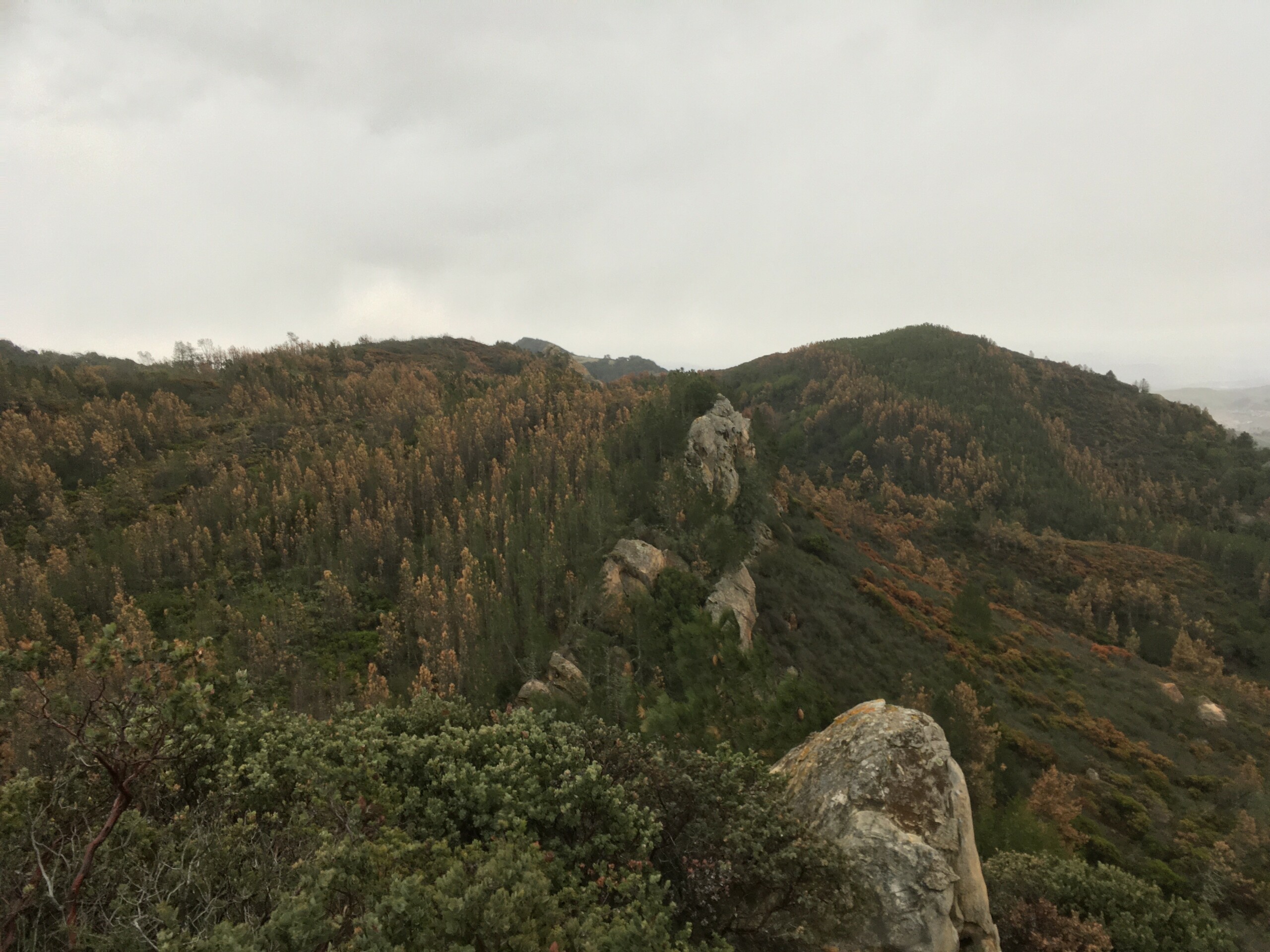 We are collaborating with Mount Diablo State Park to figure out what is causing tree die-off on and around Mount Diablo. Photo by Sean Burke.

Again in collaboration with Mount Diablo State Park and with other local organizations and experts, Save Mount Diablo is currently working to learn as much as possible about what is causing this die-off.

We are still in the early stages of research and have quarantined areas of our properties that are affected to help prevent potential spread. We plan to use the knowledge gained from this research to guide future management practices on Save Mount Diablo properties, in the state park, and on other local lands.

Looking Forward to the Next 50 Years 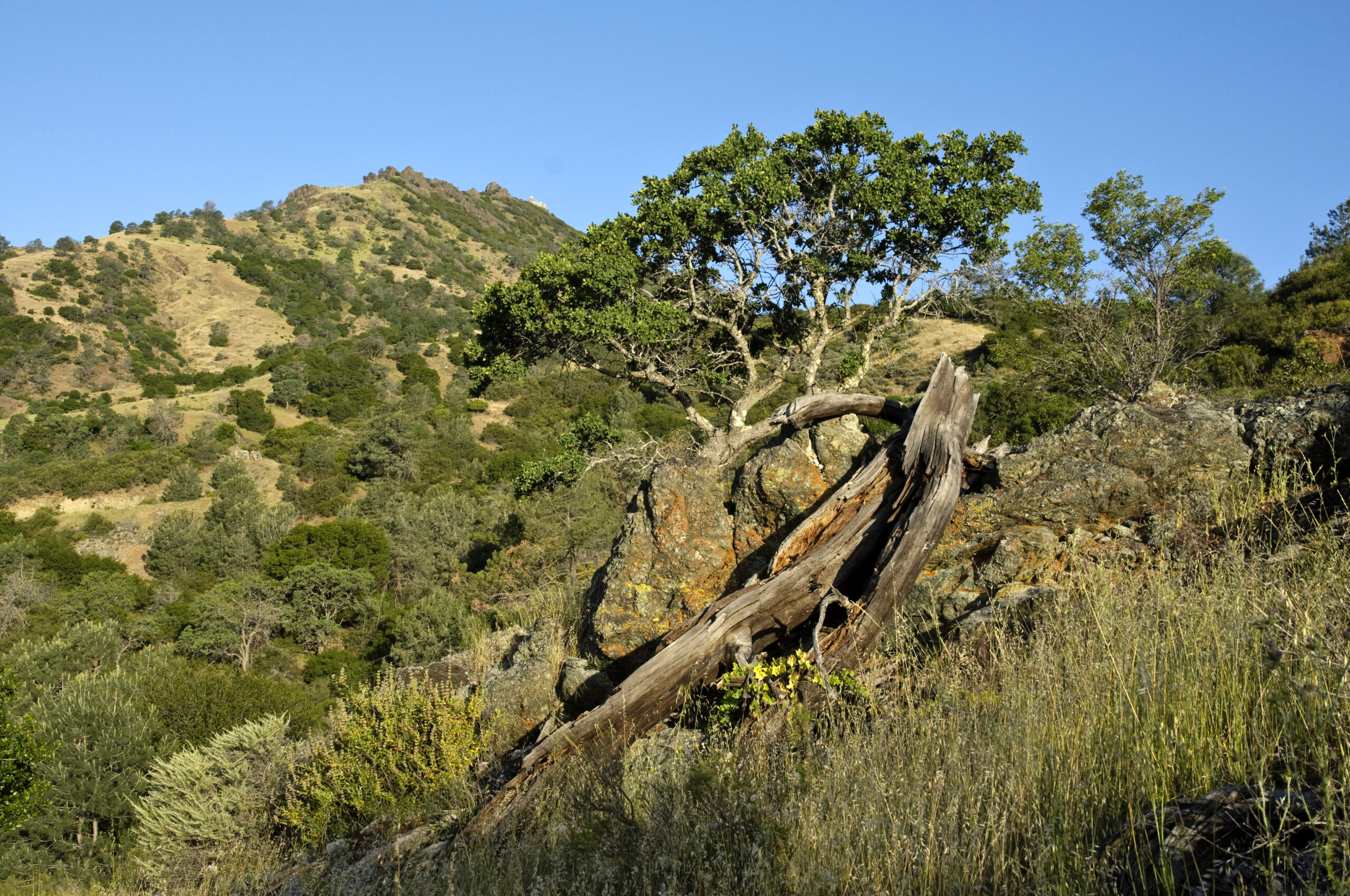 For more on Save Mount Diablo’s history and accomplishments during the 50 years since our founding, check out our timeline. For a beautiful, comprehensive piece about Mount Diablo and Save Mount Diablo’s work, read David Rains Wallace’s article for Bay Nature magazine, Speak of the Devil.