What is a raptor? A raptor is a type of bird that eats large prey—although carrion eaters like some eagles, vultures, and condors are raptors too, and herons and other similar birds are not raptors.

Because they are hunters, raptors usually have sharp talons, hooked talons, and sharp eyesight. In California, there are state and federal laws in place that protect all raptors.

On Mount Diablo, there are plenty of raptors to be found. If you look up, you may see some circling above you. In this article, we’ll tell you about five must-know raptors on Mount Diablo. 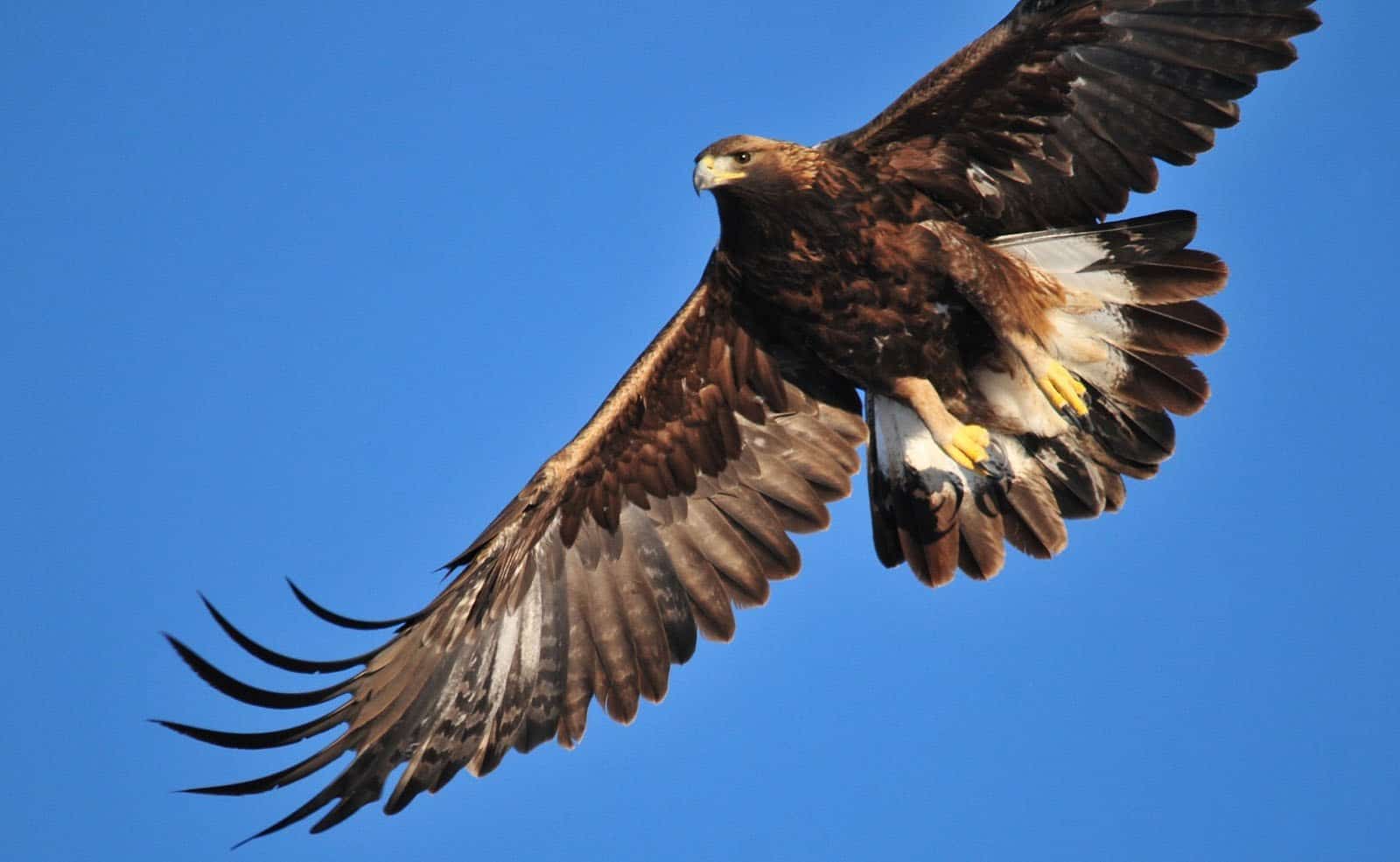 The golden eagle is one of the most iconic raptors of North America. It’s one of the largest raptors, with a wingspan of up to eight feet!

Golden eagles are equipped with a powerful beak and sharp talons, allowing them to hunt bigger mammals like rabbits. Their beak and talons make them fierce hunters and apex predators. They’ve even been known to fight off coyotes in defense of their prey and young.

Mount Diablo is on the northern tip of the 150-mile-long Diablo Range. Many adult golden eagles here are year-round residents. Others, especially young eagles, migrate up and down the range. And still others, which nest in colder northern areas like Alaska, migrate through. 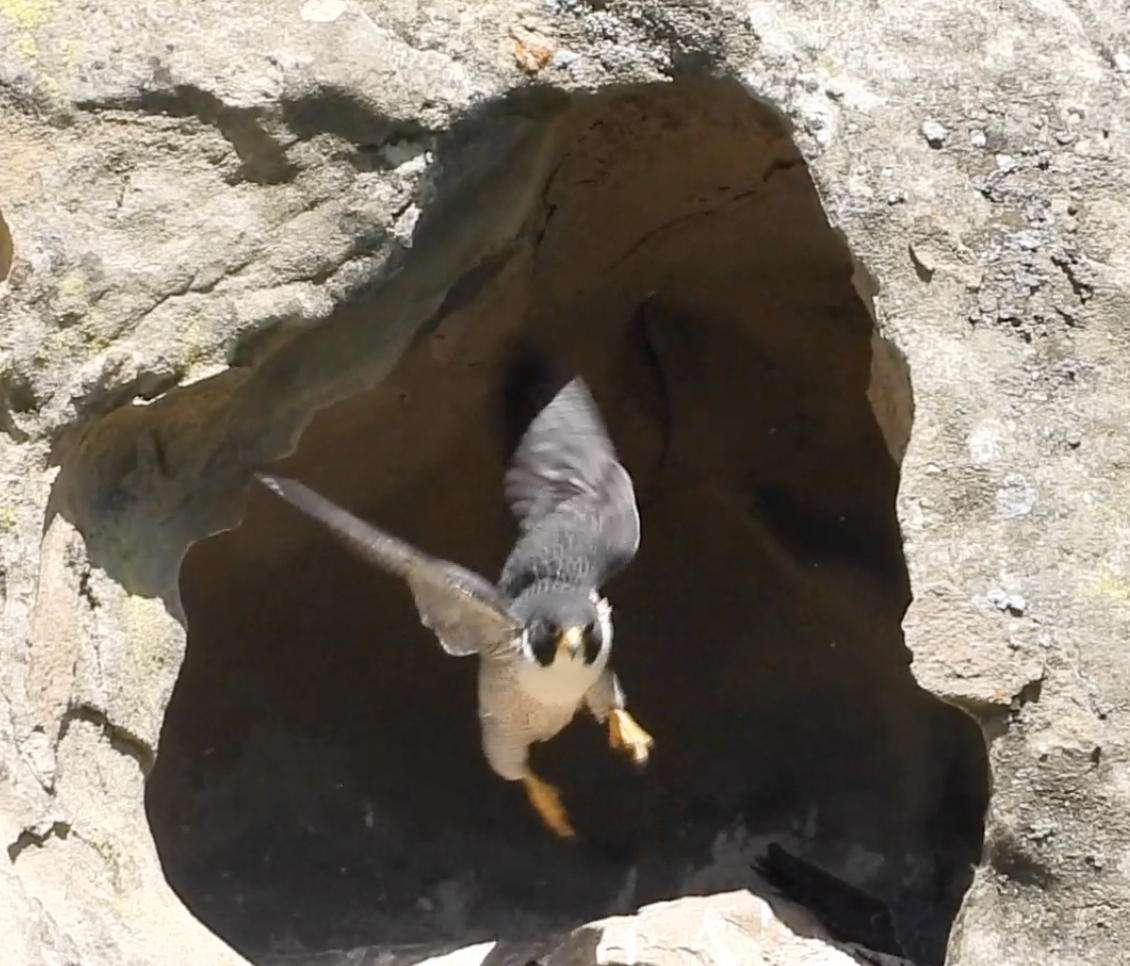 Peregrine falcons are masters of the sky. In fact, they can reach speeds of over 200 miles per hour as they drop towards their prey. They are such good hunters that they are found on every continent except Antarctica.

Even though they are great hunters, they vanished in many areas. DDT and other pesticides thinned their eggshells, and the birds would crush their eggs when they sat on them.

Eventually, DDT was banned for most uses in the U.S., but the population numbers of the peregrine were still extremely low. Peregrines disappeared from Mount Diablo. However, thanks to Save Mount Diablo’s Seth Adams and a team of bold biologists and determined volunteers, the peregrine falcon was reestablished at Mount Diablo. Watch the full documentary: Return of the Pine Canyon Peregrines. 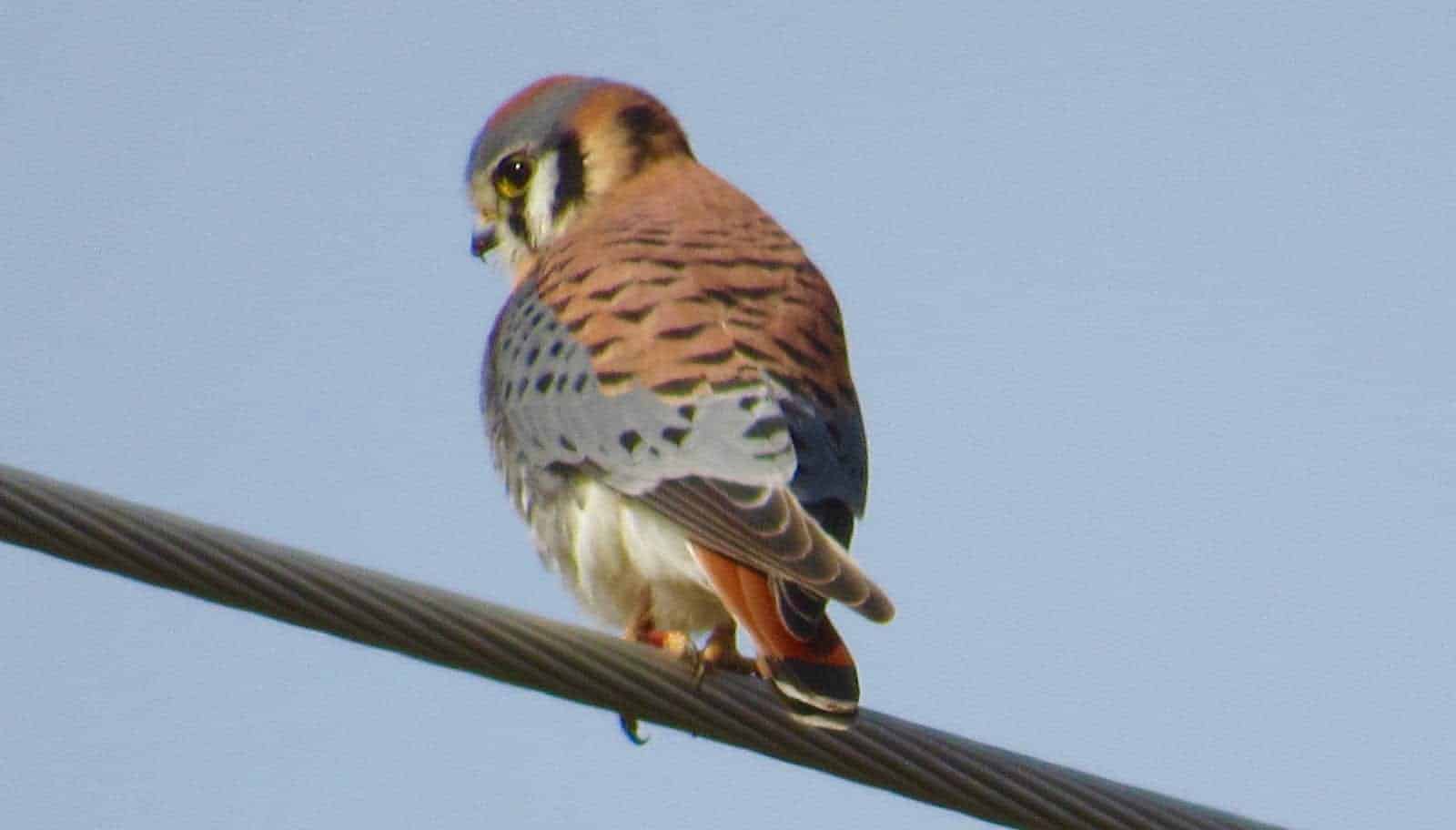 The American kestrel is the smallest falcon in North America. Although kestrels are small, they are still great hunters. In fact, they can see ultraviolet light, which helps them track their prey. On Mount Diablo, you can often see them perched as they are scanning the surrounding area for a lizard or grasshopper to eat. 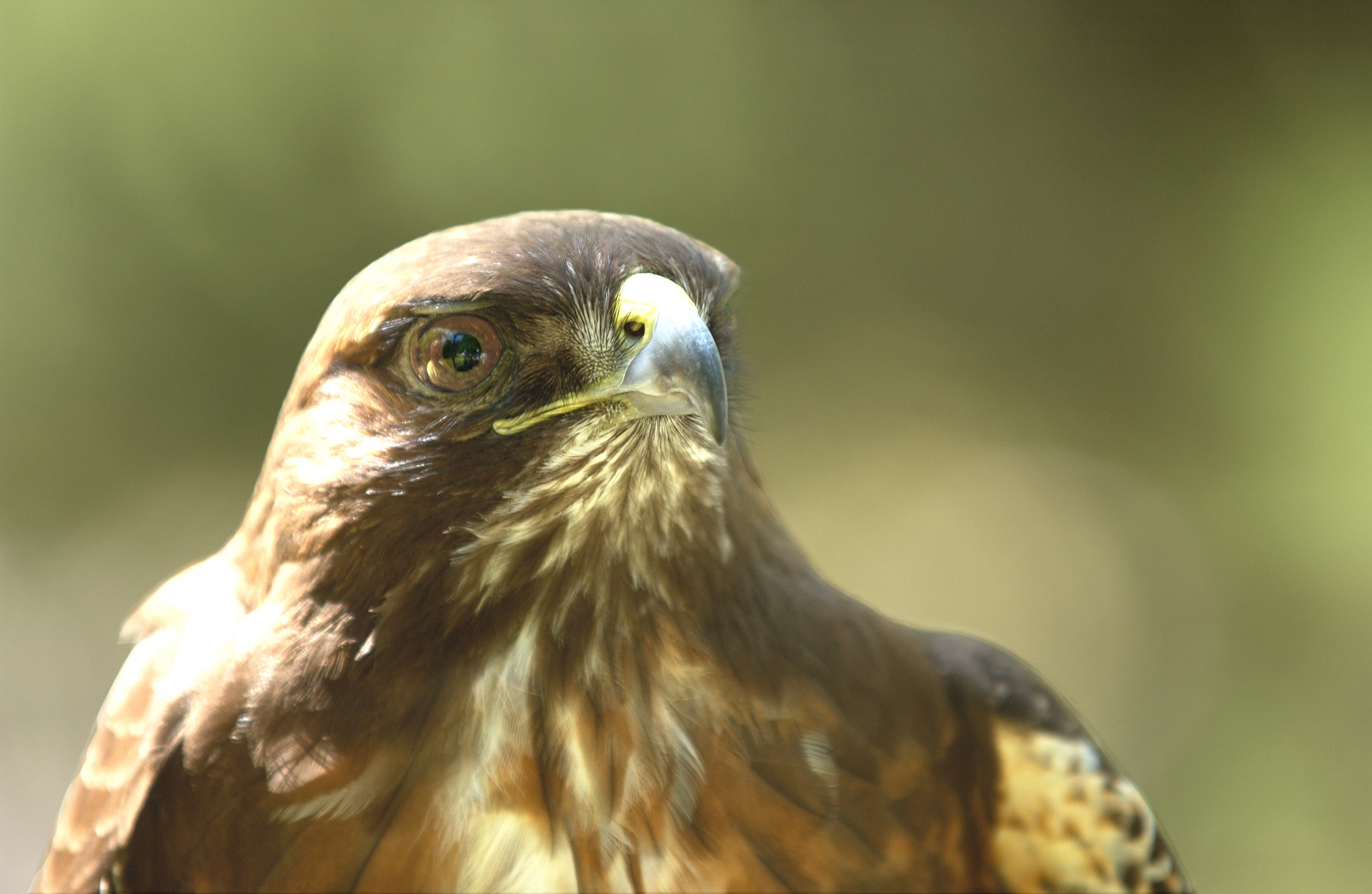 The red-tailed hawk is probably the most common hawk in North America, and you have a good chance of finding one on Mount Diablo.

Red-tailed hawks are identifiable by their red, brick-colored, tail, which gives them their name. They are quite large, especially the females, and can weigh more than three pounds (keep in mind that their bones are hollow).

With sharp talons, and eyesight eight times more powerful than humans, red-tailed hawks are excellent hunters. You can find these hawks in a variety of habitats, especially open ones like grasslands or savannas. They like to perch in high places, looking for a rodent or small mammal to eat. 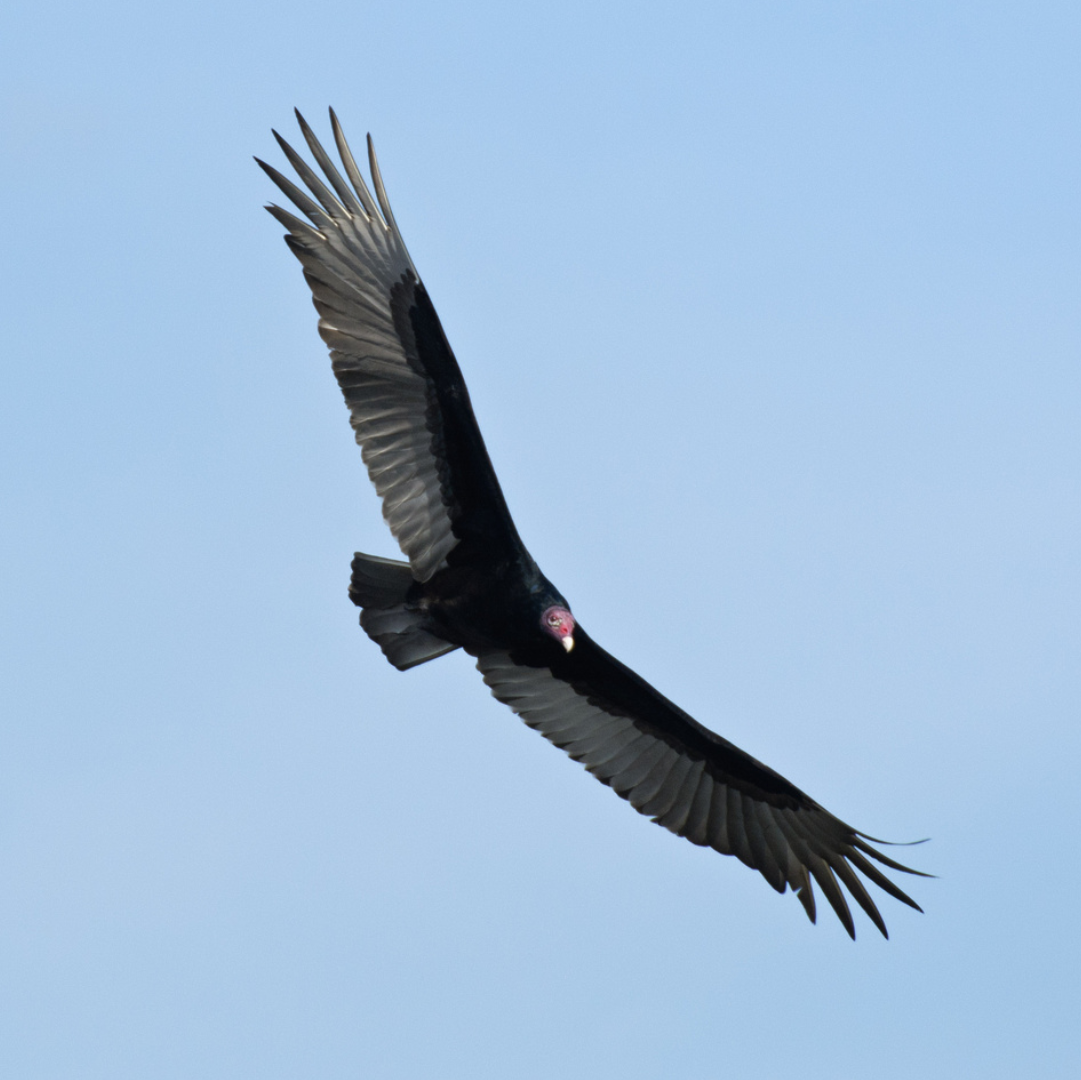 Here is a raptor you don’t need to travel out to Mount Diablo to see. Although you can find turkey vultures on the mountain, they’re common elsewhere too.

Most of the raptors in this list are great hunters and like to eat their prey right after they kill them. The turkey vulture, on the other hand, likes to wait until an animal has been dead for a few days.

They might glide above streets looking for roadkill, guided by their strong sense of smell and keen eyesight. Turkey vultures can smell carrion from over a mile away.