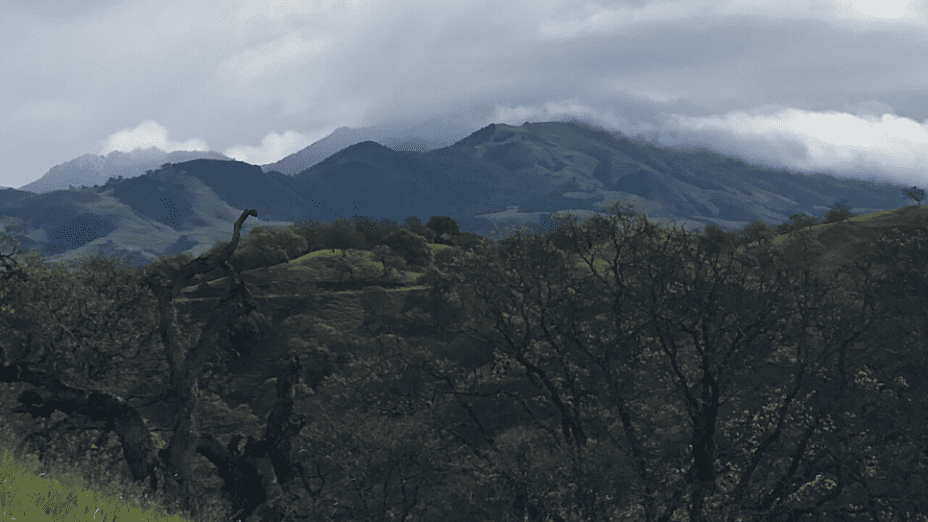 Notes: Very muddy and somewhat slippery during the wet season. No restrooms on site. Trails are mostly wide fire roads with only a small portion of single-track trail. Poison oak is present on the side of some trails, but not in immediate reach. Free parking available on the side of Marshall Drive. 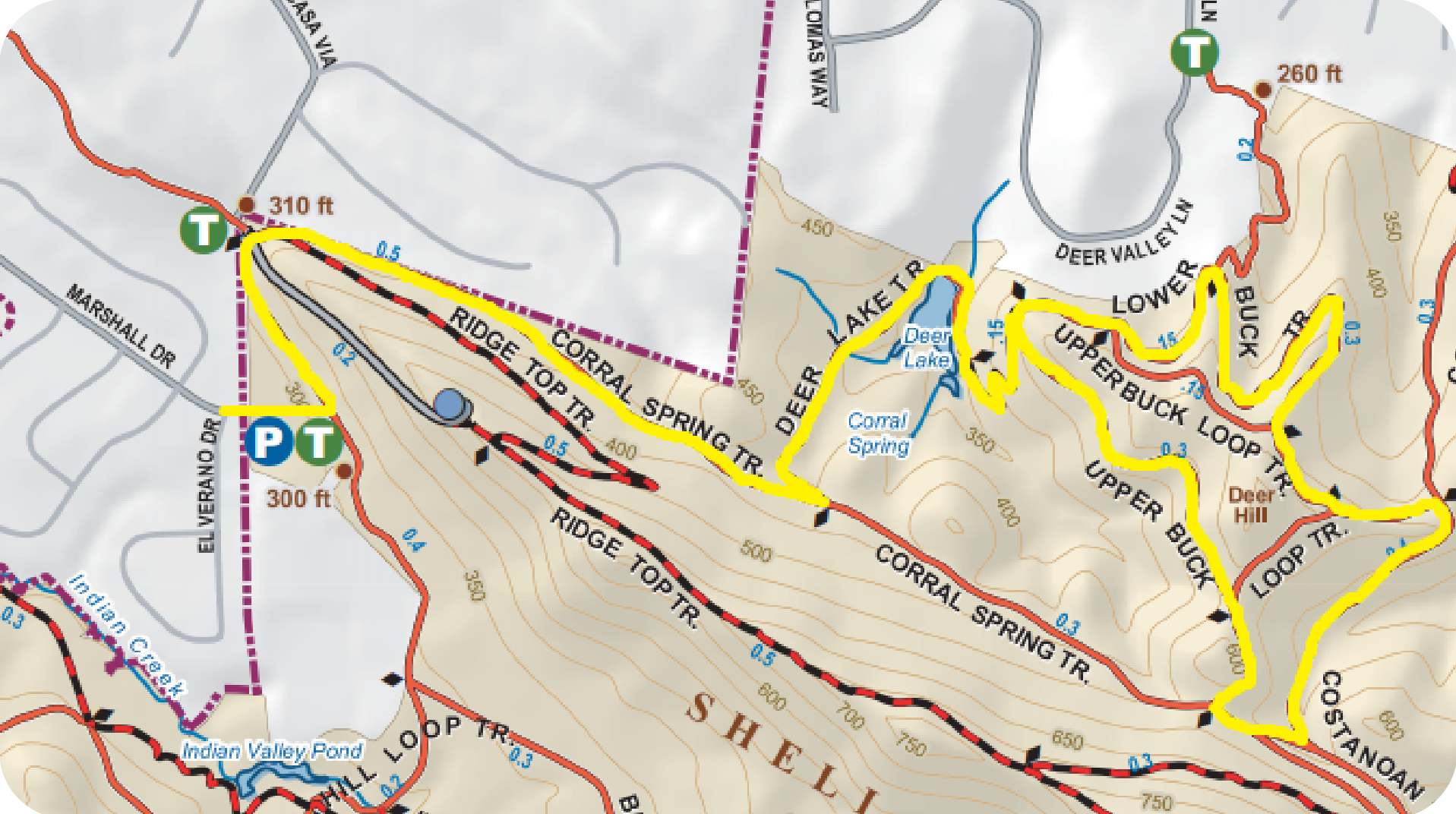 The city suddenly disappears and, instead, you’re surrounded by lush, rolling hills full of wildflowers and hundred-year-old oaks with a spectacular view of Mount Diablo and the Castle Rock cliffs.

It’s a breathtaking place anytime of the year, but spring is when Shell Ridge really boosts its charm. Shell Ridge Open Space is only a few minutes from downtown Walnut Creek, but you wouldn’t know it once you’re on the property.

Before we start the hike, a little more about Shell Ridge: 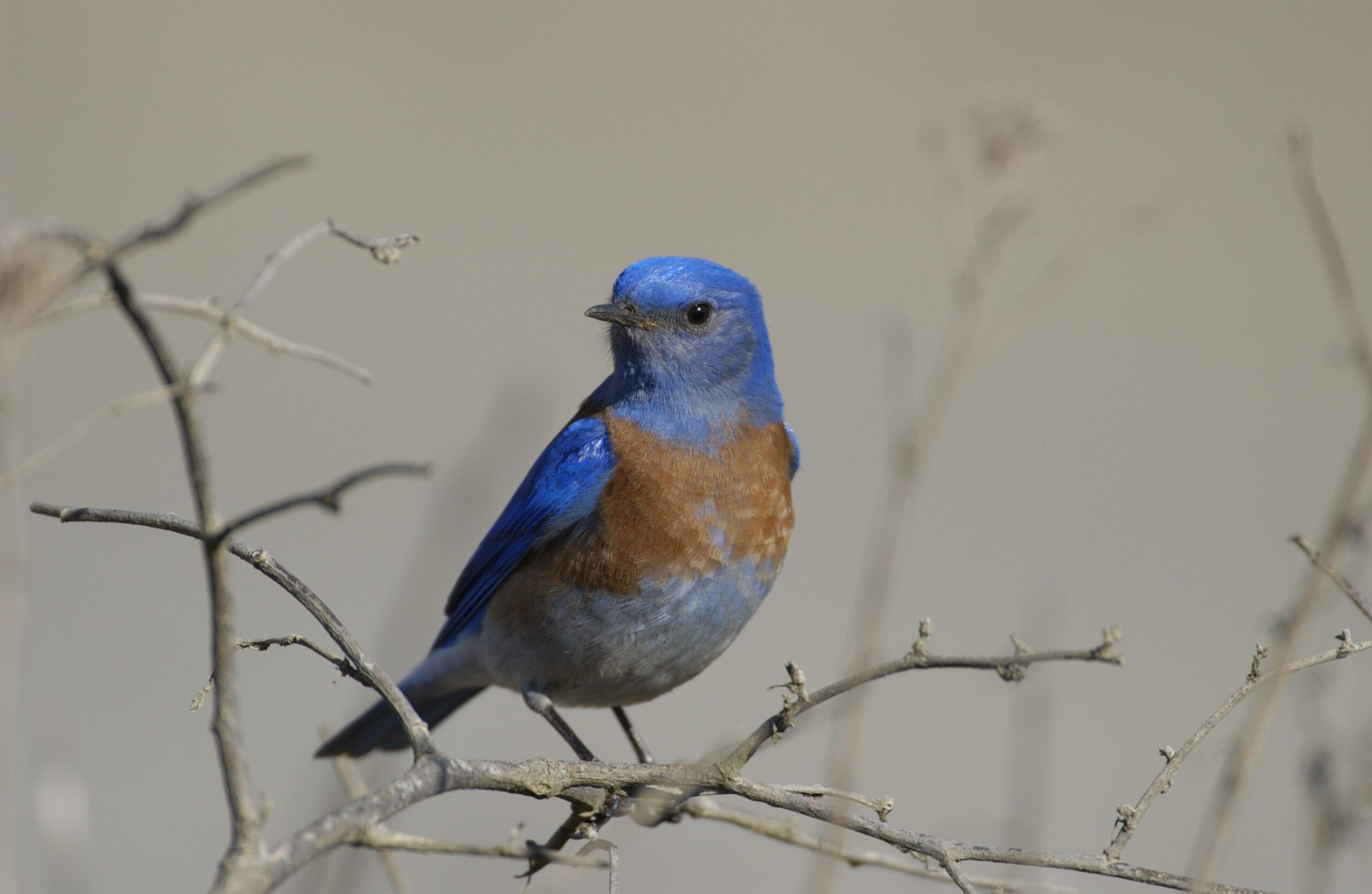 To start this hike off, enter the Shell Ridge Open Space gate at the end of Marshall Drive. There’s a kiosk at this point that displays a map of the open space and is sometimes stocked with free copies of the map.

Turn left at the kiosk, hiking parallel with the road (west) until it makes a sharp right onto Corral Springs Trail. You’ll see another kiosk at this point and a trail marker.

Keep an eye and ear out for western meadowlarks with their striking yellow chest, red-winged blackbirds, acorn woodpeckers, and western bluebirds!

You might also pass by a nice patch of fiddleneck flowers, lots of miner’s lettuce (Claytonia sp.), and patches of soap plant. 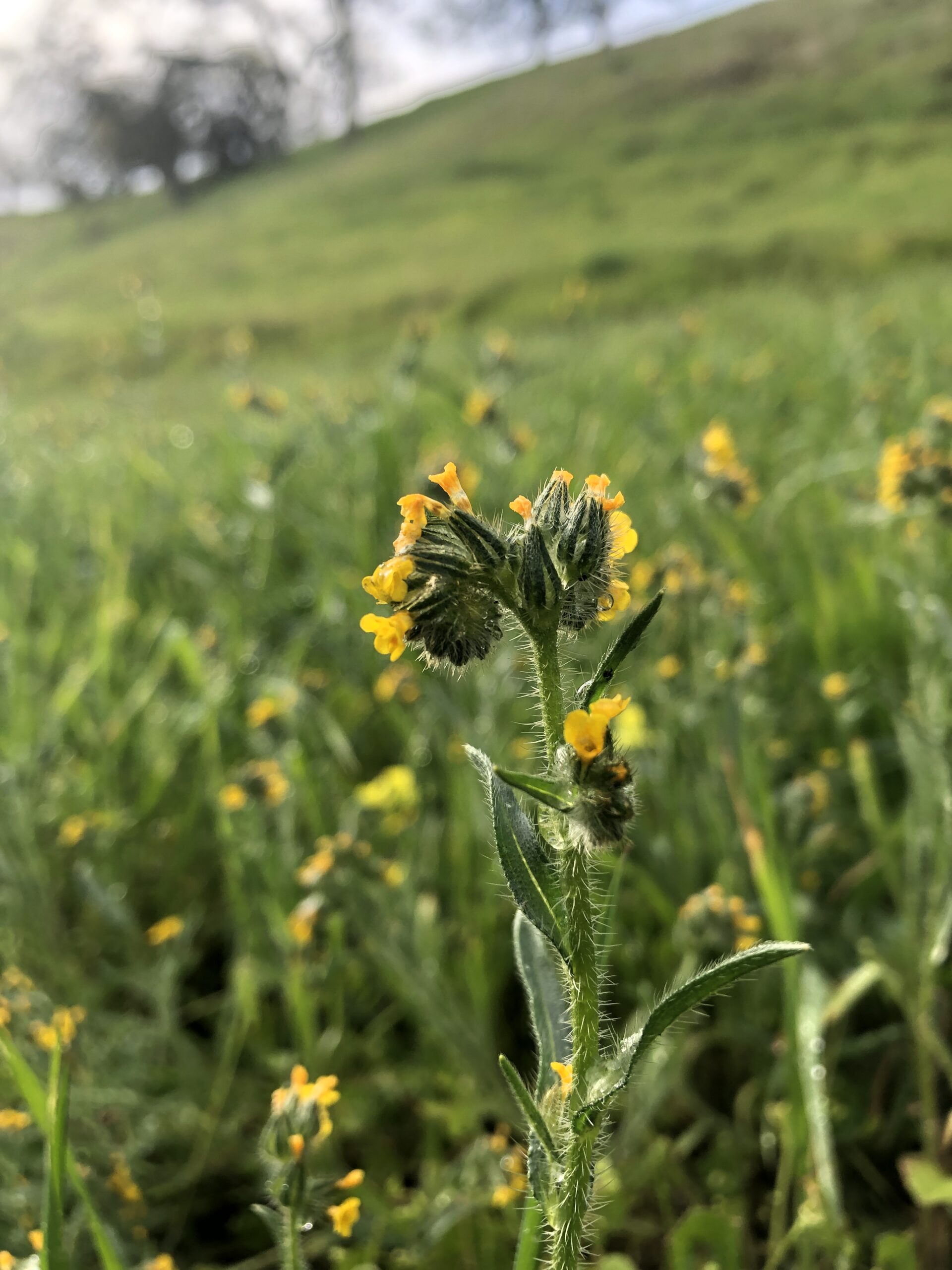 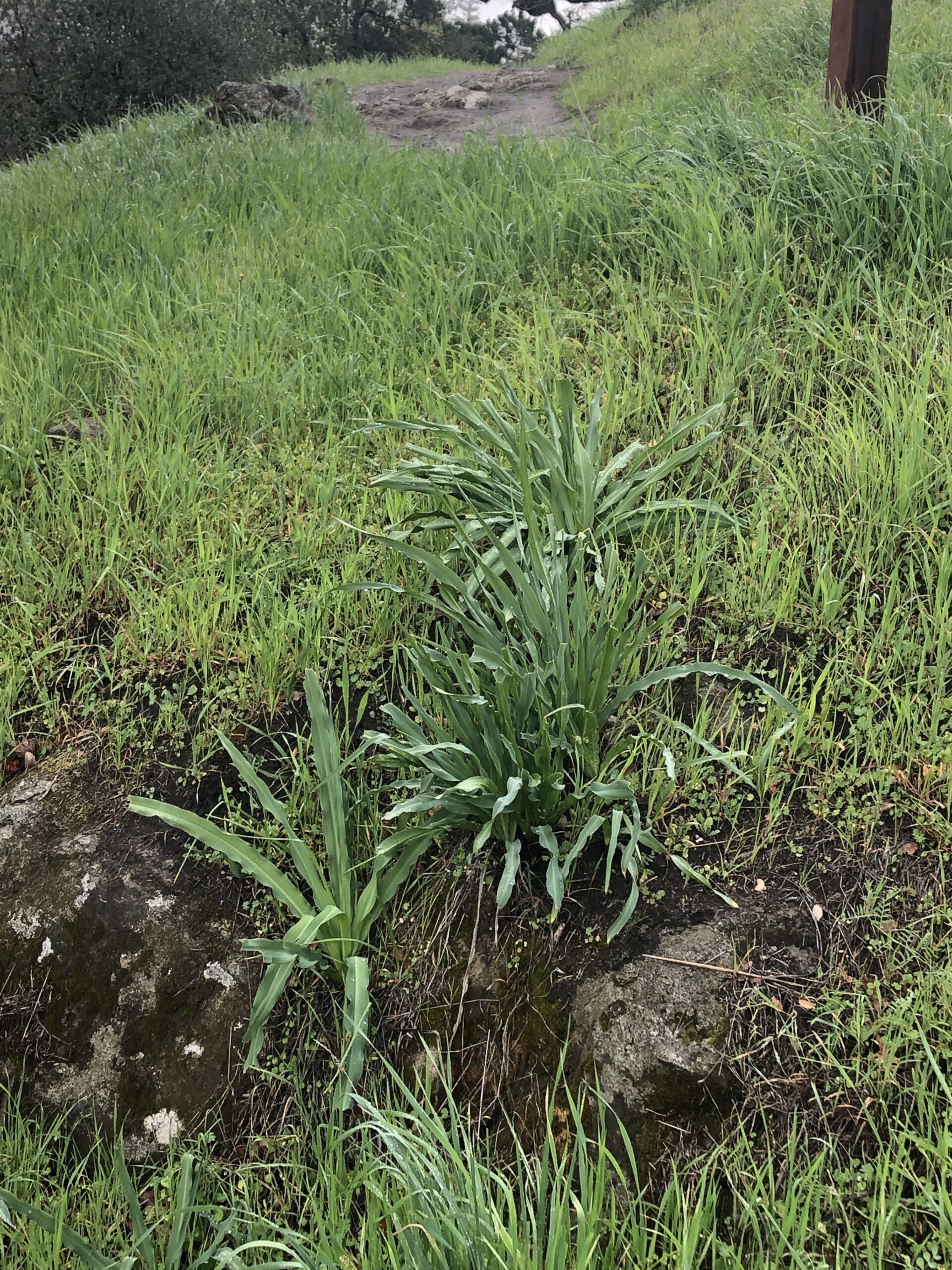 Hike Corral Springs Trail past the houses on the left and continue until you pass through a gate. At this point, you should be able to see Deer Lake (a pond) to the left.

Deer Lake was originally built to be a stock impoundment (for fishing) by a local rancher named Ames. The pond is fed by four drainages that mostly flow in from private properties. 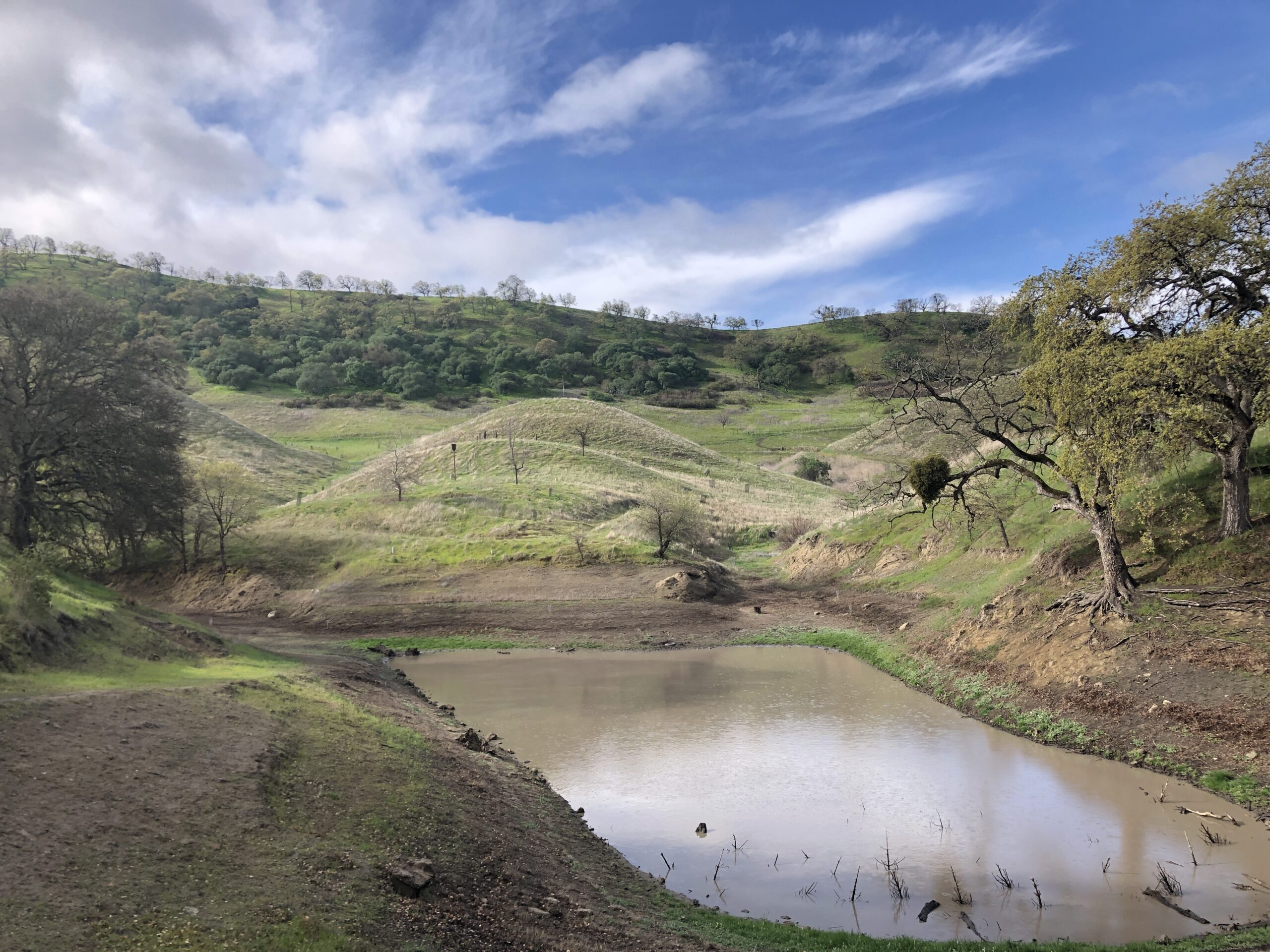 In 1976, the City of Walnut Creek got a grant to purchase the Ames property. In the early 2000s, the Walnut Creek Open Space Foundation started to restore the area around the pond with oaks, buckeyes, and other native plants.

Hike down to and around Deer Lake. You’ll see flags and cages, signs of the current restoration projects that volunteers are working on. You’ll also pass by large, native bunchgrass plantings around the pond.

Continue on the footpath trail that climbs up the hill on the far side of Deer Lake. Keep an eye out for buttercups and blue dicks. 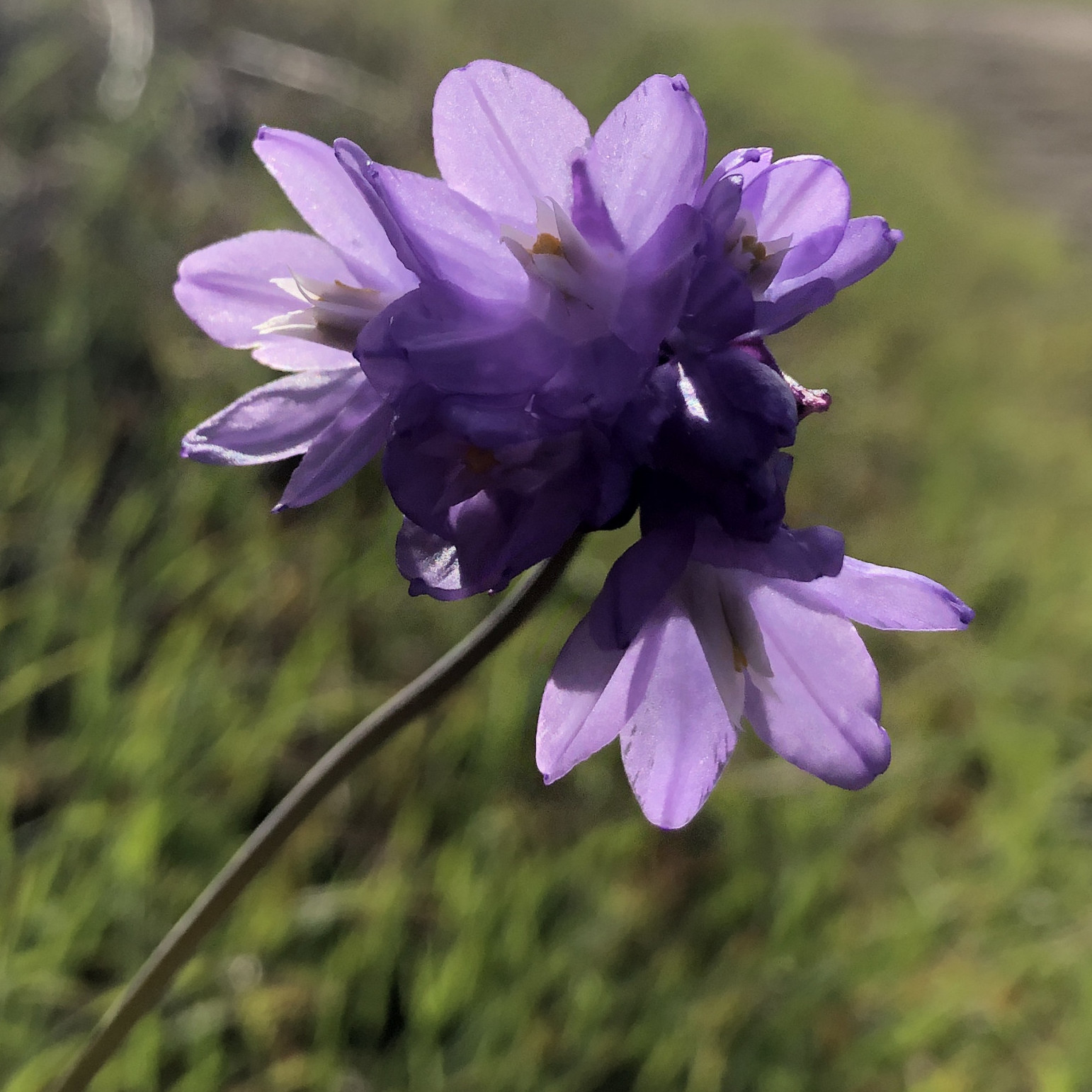 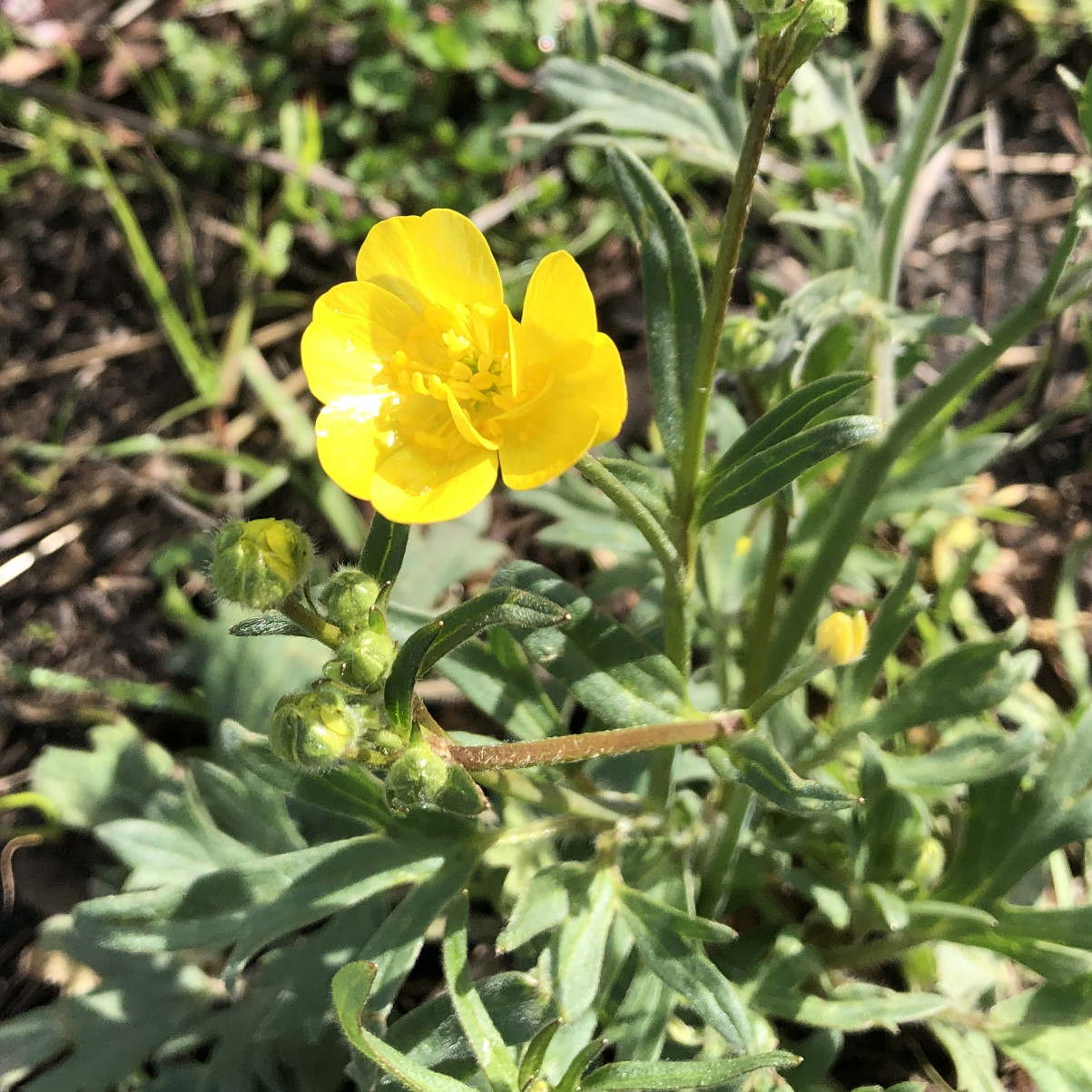 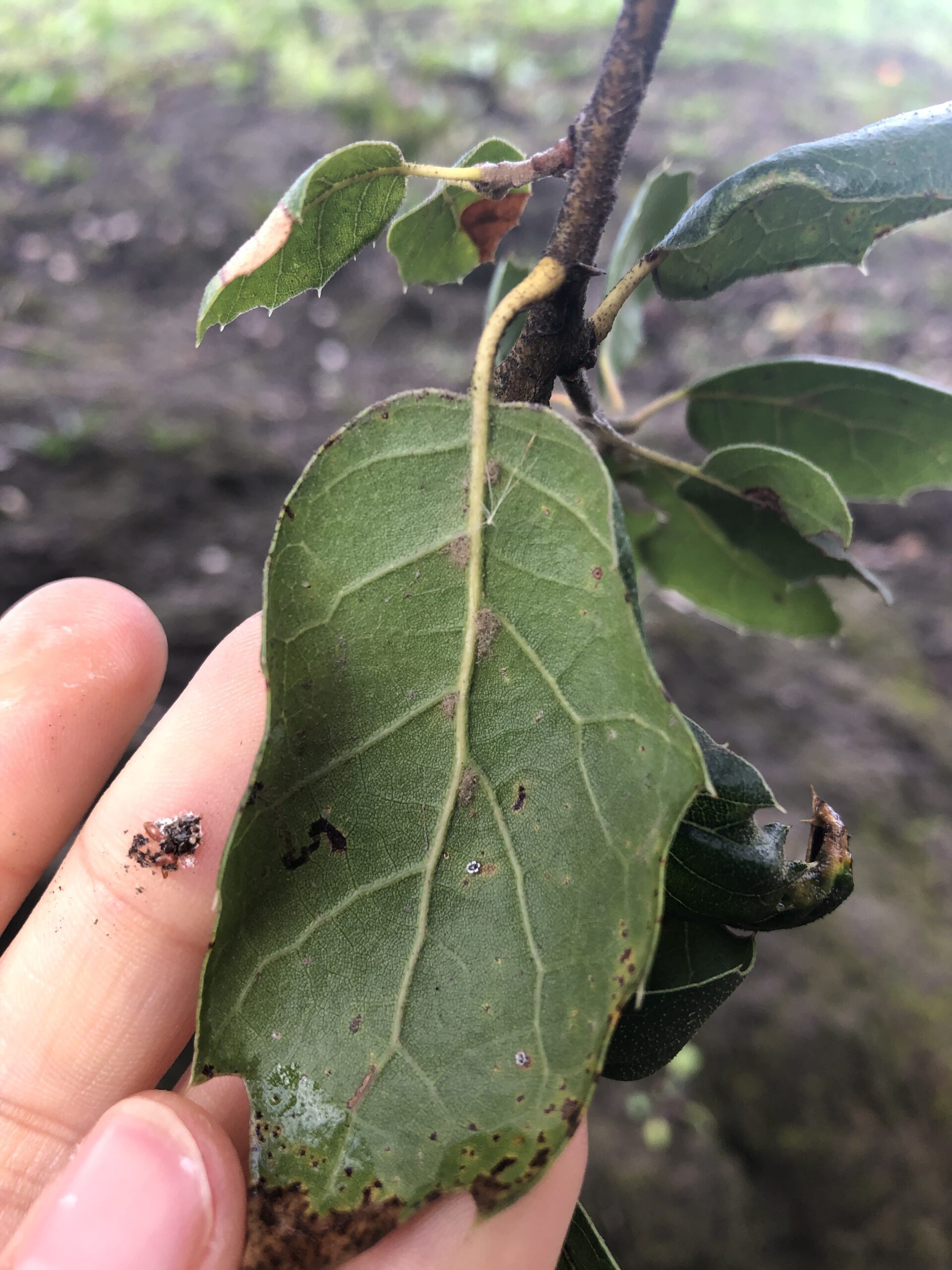 While you walk up the hill, take note of the trees surrounding you. What kind of trees do you think they are? Yep! They’re oaks! Either blue or valley oaks. Fun fact: both species are endemic to California (meaning found nowhere else in the world). These oaks are both deciduous (lose their leaves in the winter) and notorious for hybridizing between species. So it can sometimes be tricky to tell the blue oaks from the valley oaks. Generally, blue oaks have smaller, bluish leaves and valley oaks have larger, deeply lobed leaves.

There’s one more oak in the area that doesn’t have lobed leaves. Can you guess which one it is?

The coast live oak! This is one of the few evergreen trees in the area. You can ID them by their leaves: dark green on top, pale green under. The leaves tend to curl around the edges and have spiny tips.

Key ID tip to tell coast live from interior live oaks: fuzzy armpits on the underside of the leaf.

Continue on with the hike. You’ll pass through a gate part way up the trail (there’s no marker at Deer Lake but the trail is call Deer Lake Loop Trail); hike to the end—you’ll see a trail marker. 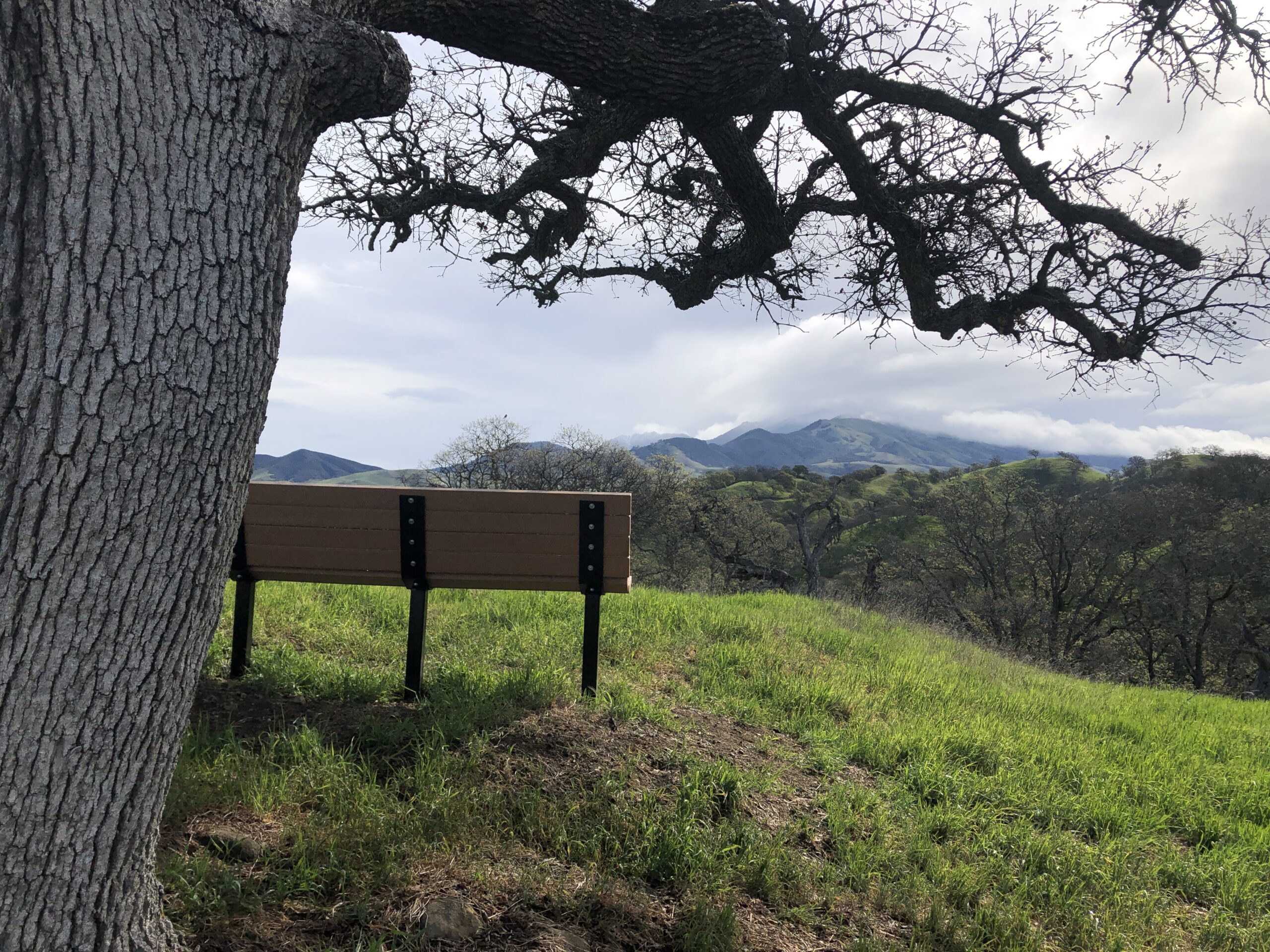 Continue on Costanoan Trail until you pass a metal fence on the right. There are many beautiful, lichen-covered rock formations along the way. Some of them might even have million-year-old fossilized shells embedded in them.

Twelve million years ago, Shell Ridge used to actually be under a shallow sea, teeming with marine life. It was only about five million years ago, when Mount Diablo was thrust up from the pressure of Earth’s plates, that the land surrounding the main peak was folded and the shallow sea pushed farther and farther away. (For a better look at fossilized, million-year-old shells, check out Quarry Hill or Rock Hollow Hill.) 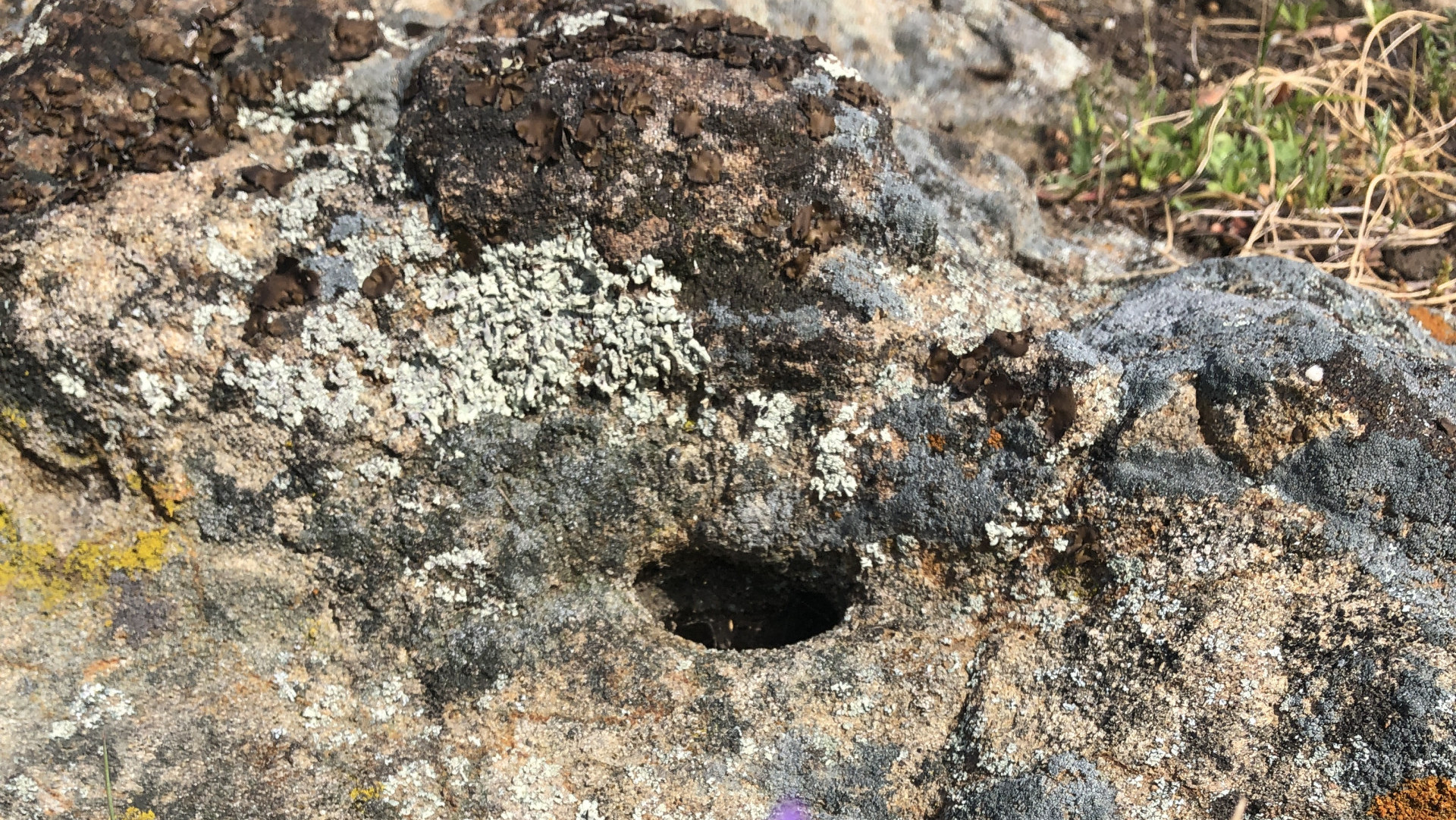 Continue on the Costanoan Trail a short distance beyond the metal fence to an intersection—turn right (this is Upper Buck Trail, but there is no marker).

Keep going until you see a trail going downhill; turn right and follow this trail downhill (this is Lower Buck Trail, but there is no marker); follow Lower Buck Trail until it climbs uphill again and intersects another trail and turn left (this is Upper Buck Trail).

From Deer Lake, backtrack on Corral Springs Trail to the Marshall Road gate.

Hope you enjoyed this hike! 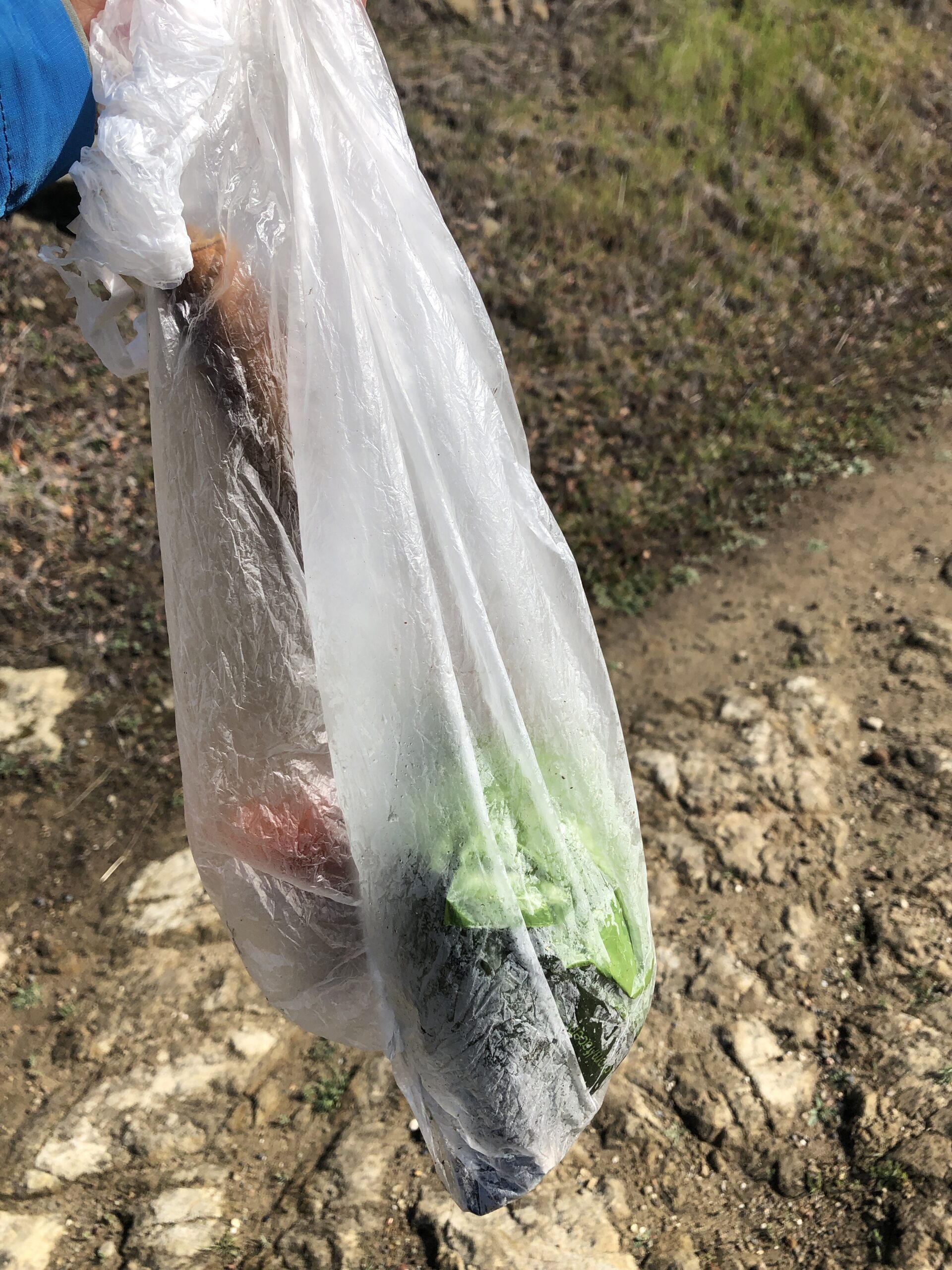 Bonus: Help keep the open space clean!
Leave No Trace by picking up after yourself.
Don’t leave dog poop bags, orange peels, or other trash behind.

Pro Tip: Help keep natural areas clean by bringing trash
bags and gloves to pick up trash along the trails.