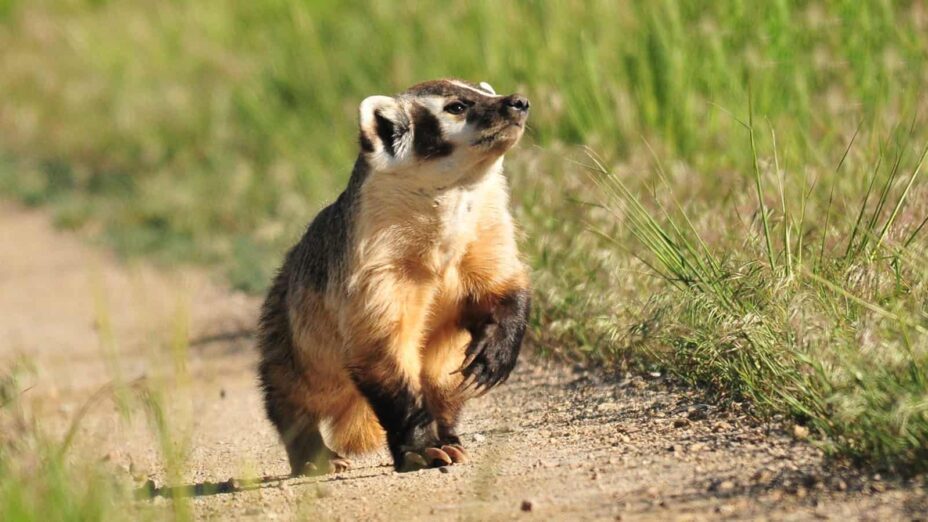 For years, the elusive American badger has been a near mythical creature in the Mount Diablo area. But in September 2021, a wildlife camera caught one roaming around at Save Mount Diablo’s 1,080-acre Curry Canyon Ranch, on the east side of Mount Diablo.

And in November 2020, a badger was spotted in the Sand Creek area near Empire Mine Road in Antioch:

Plus, in early September 2020, CSU–East Bay staff member Kathy Cutting captured rare footage of a badger traveling along the Lime Ridge area in one of her wildlife camera traps. 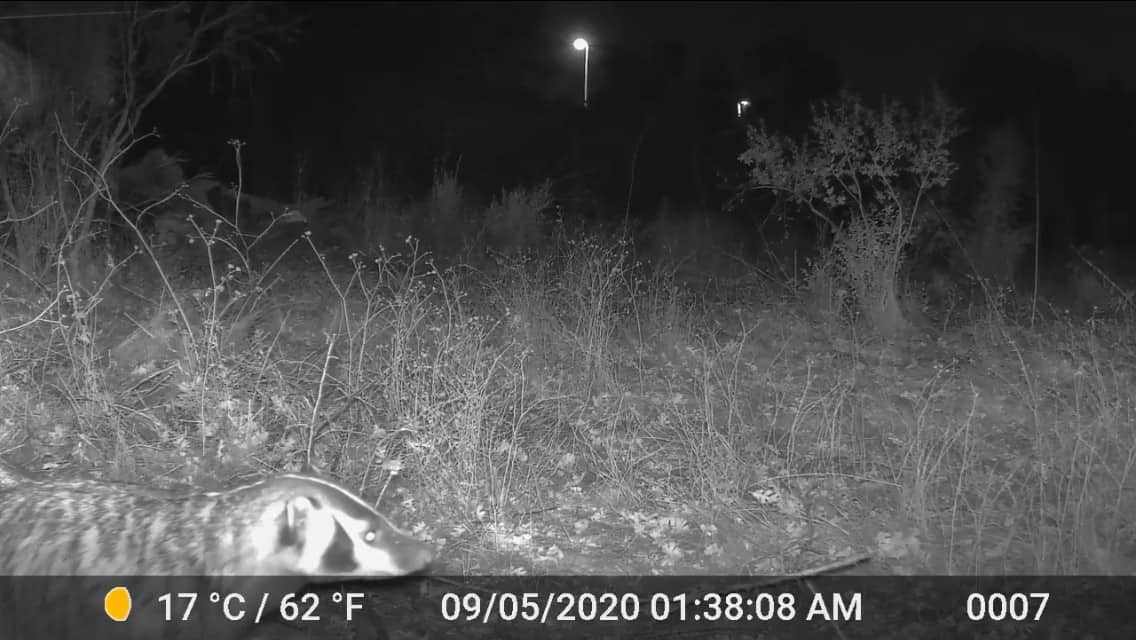 American badgers are apex predators that eat rats, mice, chipmunks, and especially ground squirrels and pocket gophers. Their young are born in burrows that they dig. They don’t migrate.

They vanished around Mount Diablo in the 1970s, perhaps because of canine disease like distemper, ground squirrel poisoning, etc., but there have been sightings and a few roadkills in recent years.

As more land is preserved and poisoning and shooting have decreased, badgers have started showing up again. Originally found throughout most of California, they are more common in eastern Contra Costa County. Good habitats for them are grassy, shrubby, and open areas with dry, crumbly soils.

It’s amazing how many animals are connected to us through our shared habitats.

Kathy Cutting’s study on nearby wildlife corridors is important in understanding the coexistence between wildlife and urban areas, especially since many communities exist on and around the mountain.

Kathy’s research at California State University–East Bay (Concord) was supported by a grant from the Mary Bowerman Science and Research program.

Kathy is a certified California Naturalist and staff member of the CSU–East Bay Concord Campus who is engaged with nature research on that campus.

Projects like hers celebrate the efforts of land conservation, the collaboration between different agencies (like Save Mount Diablo with California State Universities, East Bay Regional Park District, and Walnut Creek Open Space), and the crucial role that communities play in learning, understanding, and connecting to the natural world we are all a part of.