American kestrel (Falco sparverius) populations have steadily and drastically declined across North America. Coastal California kestrels have declined by 69 percent since 1968 according to The Peregrine Fund’s American Kestrel Partnership.

Why Are Kestrels Declining? 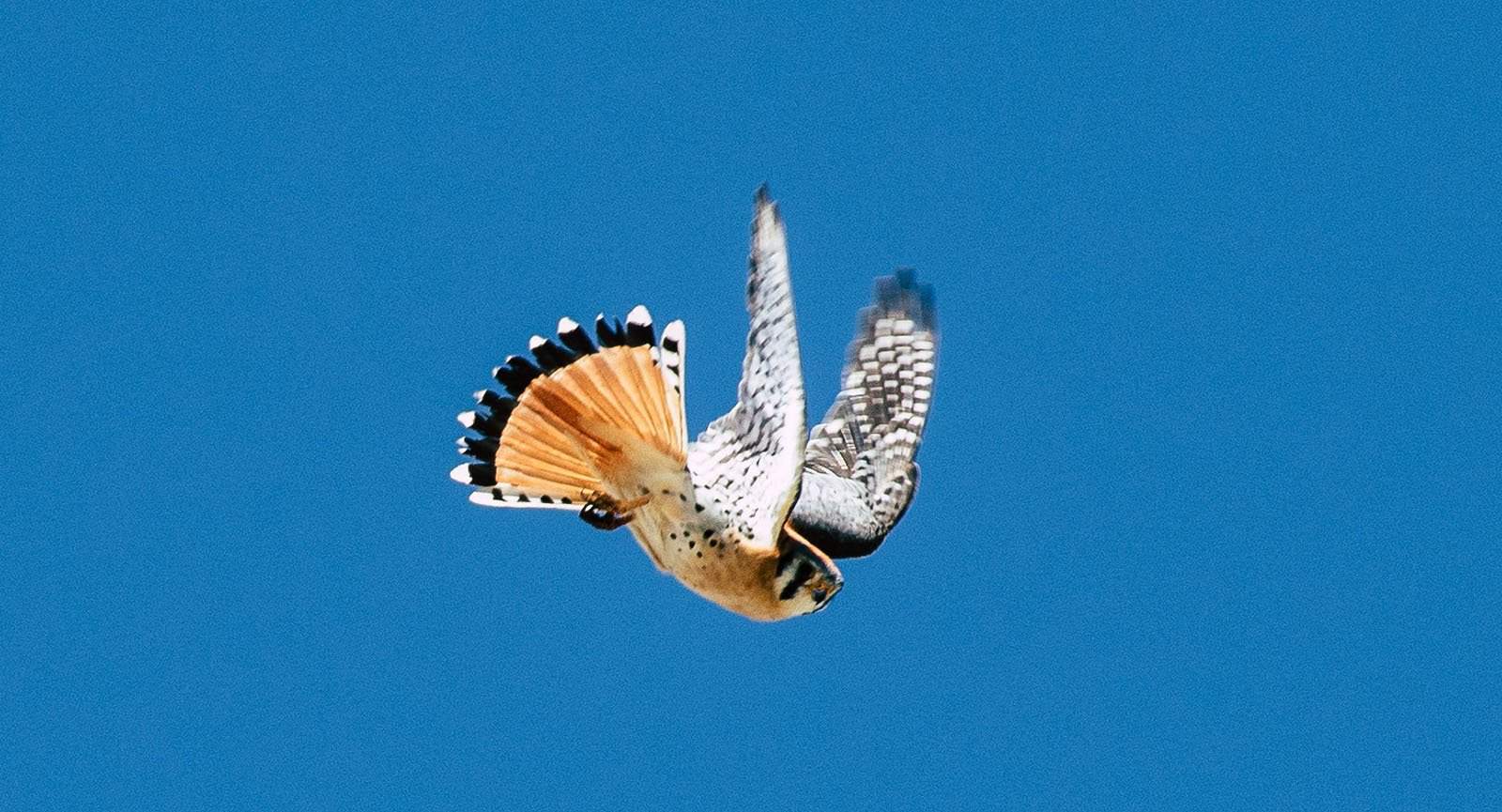 Theories for the decline include changes in land use, loss of viable nesting cavities, climate change, predation by Cooper’s hawks and other birds of prey, competition with European starlings for nesting cavities, and environmental contaminants such as rodenticides, insecticides, and heavy metals. But researchers don’t have enough data to understand why these long-term, widespread population declines are happening.

Gathering Data to Solve the Puzzle

To boost the available data and help to solve the puzzle, citizen scientists across the country are using nest boxes to monitor breeding activity. One of these groups, known as The Kestrel Campaign, installed 31 nest boxes in the Mount Diablo area, including three on Save Mount Diablo’s Mangini Ranch property. 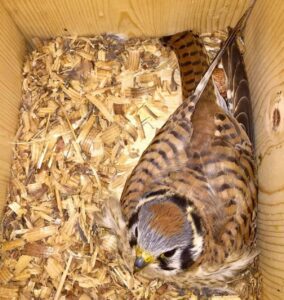 Brian Richardson, who is part of The Kestrel Campaign, explained the results so far at Save Mount Diablo’s Mary Bowerman Science and Research Colloquium in December.

Top and bottom photo by Brian Richardson. Photo of American kestrel in flight by Brett Sayles.