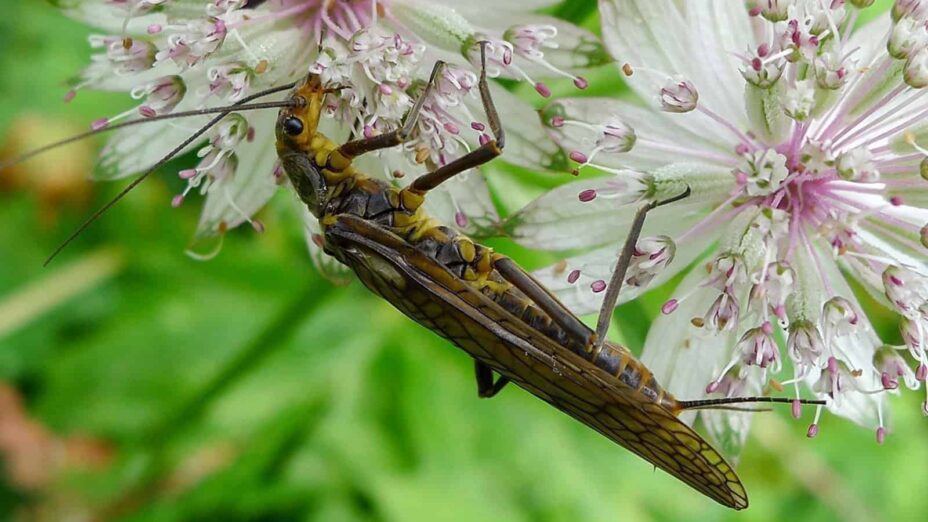 Even tiny streams that only have water for a few months out of the year can be home to dozens of species of aquatic insects with fascinating adaptations and life cycles.

Dr. Matthew Cover and his students study aquatic ecology, with a focus on the biodiversity of aquatic insects in streams of Central California. He hopes that this work contributes to the conservation of aquatic habitats, because there is so much we don’t know about the diversity of animal life in streams.

Dr. Cover was awarded a Mary Bowerman Science and Research grant from Save Mount Diablo for his research. His team identifies unique populations of insects that live in streams, and uses a variety of tools to understand their ecology, life history, distribution, and degree of isolation from other populations.

Mapping Stoneflies and Making Unusual Discoveries in the Diablo Range 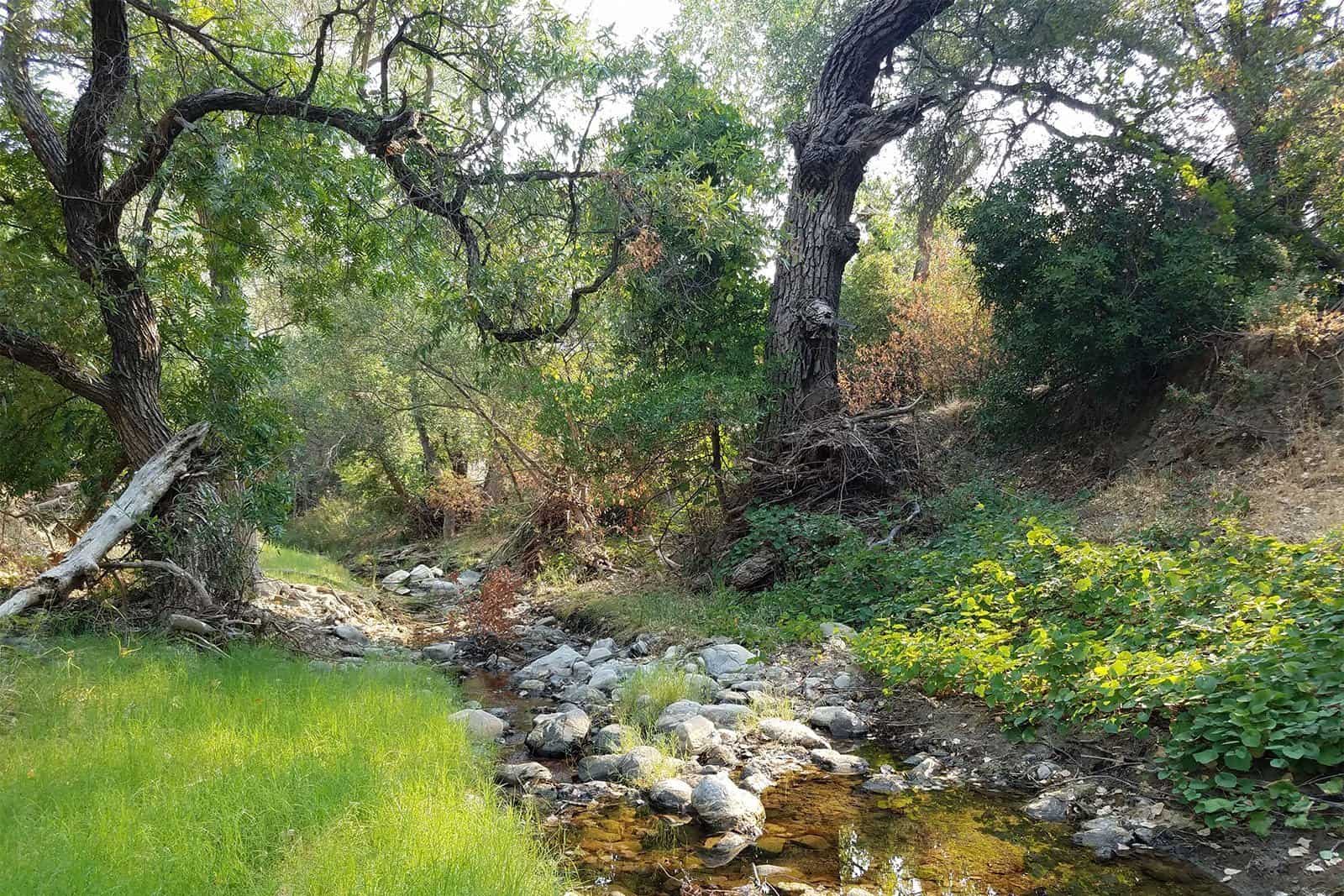 Most of the streams in the Diablo Range, outside of the urban areas, are temporary: they flow for three to six months or so, and then dry up. Even though these streams lack water for large parts of the year, they are home to a tremendous diversity of aquatic animals.

In particular, there are a large number of stoneflies (in the insect order Plecoptera) in temporary streams of the Diablo Range. This is fascinating, because most people think of stoneflies as living in cold, perennial streams high up in forested mountain ranges.

But there are a number of species that have amazing adaptations to survive in temporary streams, such as egg and larval life stages that exist in a diapause stage (like a hibernation, where their metabolism goes down to near zero) when water is absent.

Some stonefly species that Dr. Cover’s team has found haven’t been found very often before this, and are known from very few locations. So each new population is an exciting discovery.

So far, the team has documented 10 species of stoneflies in the Diablo Range. Further south, in Pinnacles National Park, Dr. Cover’s friend and colleague, Dr. Mike Bogan, who is a professor at University of Arizona, has found 14 species of Plecoptera over four years of sampling. Dr. Cover says, “We aren’t close to that richness yet, but I expect in several years we will be close, or may even surpass that total.” 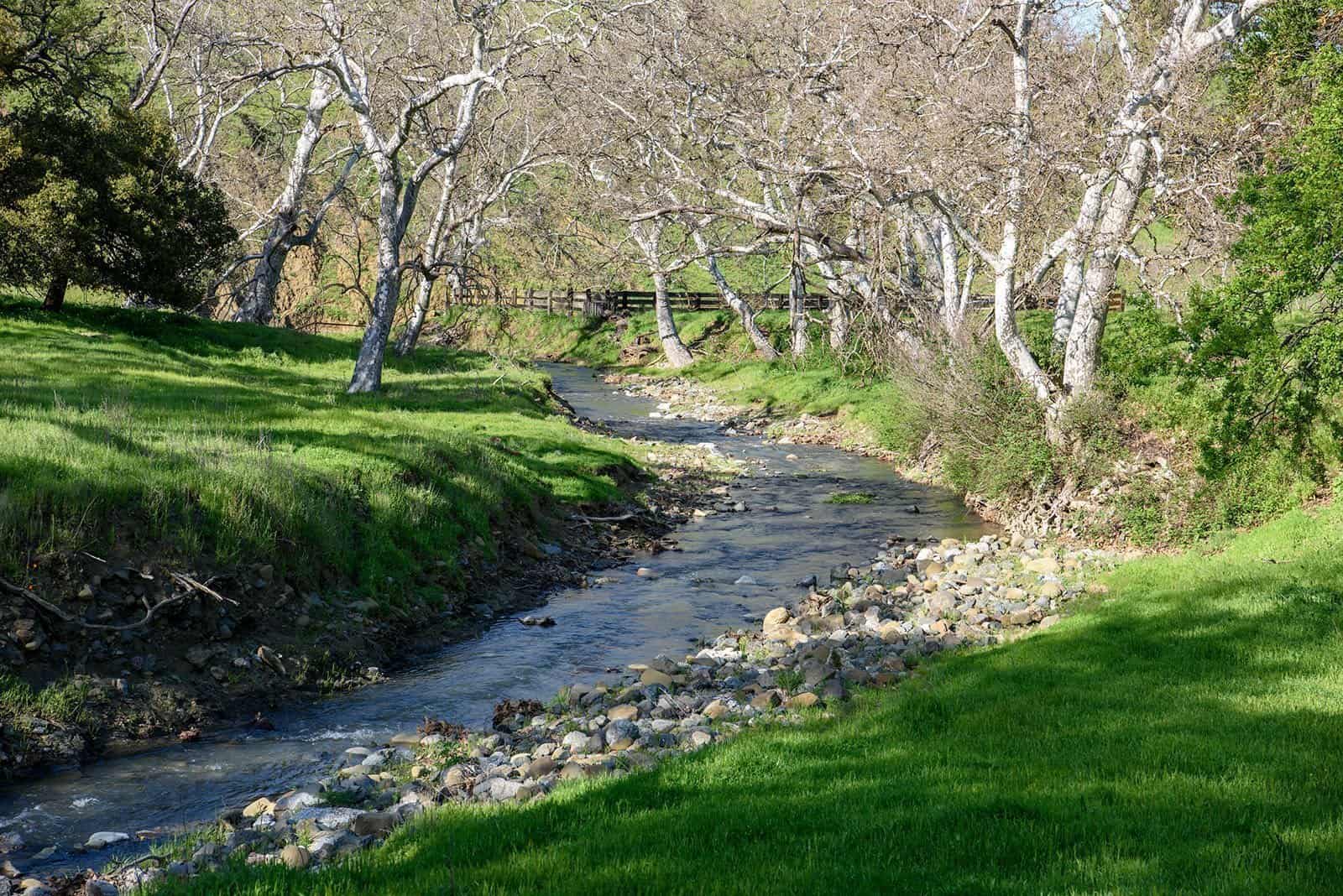 Currently, Dr. Cover is studying aquatic insects at Curry Canyon Ranch (in Curry Canyon Creek, as well as a tributary stream), in Marsh Creek (Marsh Creek 8, Big Bend), and at Highland Springs. He is also working at other areas throughout the Diablo Range, including as far south as Del Puerto Canyon in Stanislaus County.

Why Studying Insects in Streams Is Important 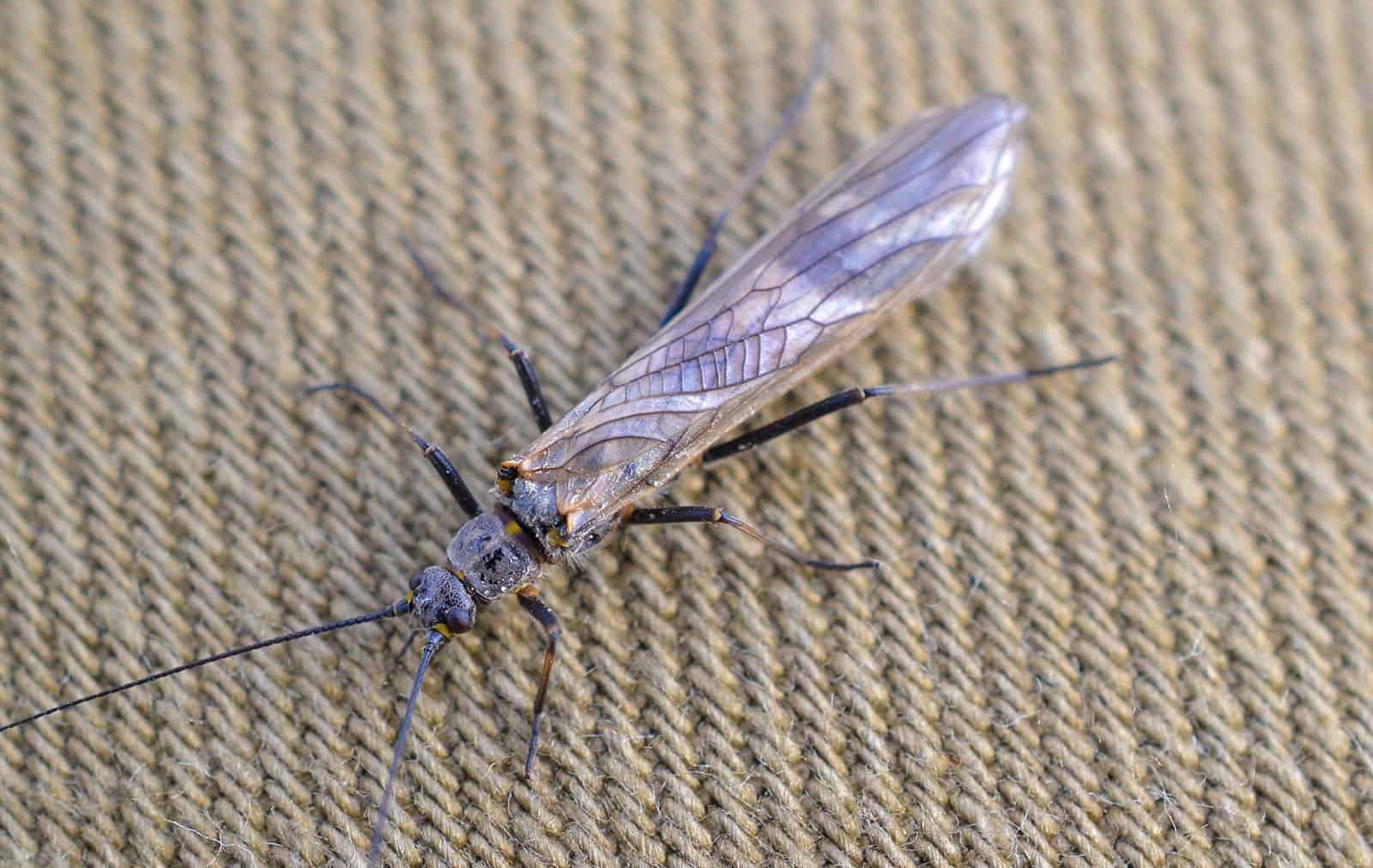 Understanding the biology and ecology of aquatic insect communities is useful to help advance the science of bioassessment, which uses aquatic communities to infer the health and water quality of aquatic ecosystems. The more we know about the role of individual species, the better we can monitor and assess ecosystems.

But it’s also important to learn about the species around us from a conservation perspective. So many ecosystems have been degraded and altered, and continue to face threats from development. We have undoubtedly lost tremendous biodiversity that we did not know existed in the first place.

Stoneflies and other aquatic insects are very small, and often overlooked. But they play an essential role in the function of stream ecosystems, contributing to nutrient cycling, and serving as a food source for animals such as amphibians, reptiles, birds, and fish.

Dr. Cover especially likes studying aquatic insects because as a group they do not have the same familiarity as other forms of life like birds, mammals, and plants. He says there are many opportunities to improve our collective knowledge about these species that are all around us.

Matthew Cover is a Professor of Ecology in the Department of Biological Sciences at California State University Stanislaus, where he has been teaching biology, ecology, and environmental science since 2008. He studied hydrology, geomorphology, and soil science as an undergrad, earning a B.A. in Earth Science at UC Berkeley. He worked on watershed monitoring at the San Francisco Bay Regional Water Quality Control in Oakland, got very interested in stream ecology, and went back to school to obtain his Ph.D. in Environmental Science, Policy, and Management in the lab of Dr. Vince Resh at UC Berkeley. He conducts research in freshwater ecology, with a focus on the natural history of aquatic insects. Find him on Twitter at @matthewrcover.