Keeping out invasive species is important, but it can be hard. Many species are very expensive to manage or can damage local ecosystems and biodiversity.

Emily King, a PhD candidate and a recipient of a Mary Bowerman Science and Research grant from Save Mount Diablo, is studying the invasive New Zealand mud snail in Mount Diablo Creek as well as two other Bay Area streams.

The snails are voracious: they devour all the algae and larvae of native flies in the streams they’ve invaded. Then the trout and salmon in the streams have nothing to eat. According to an article in the San Francisco Chronicle, “Biologists have reported 50 to 90 percent declines in native invertebrates and fish in waterways where snails are abundant.”

Studying How to Keep the Snails Out of Streams 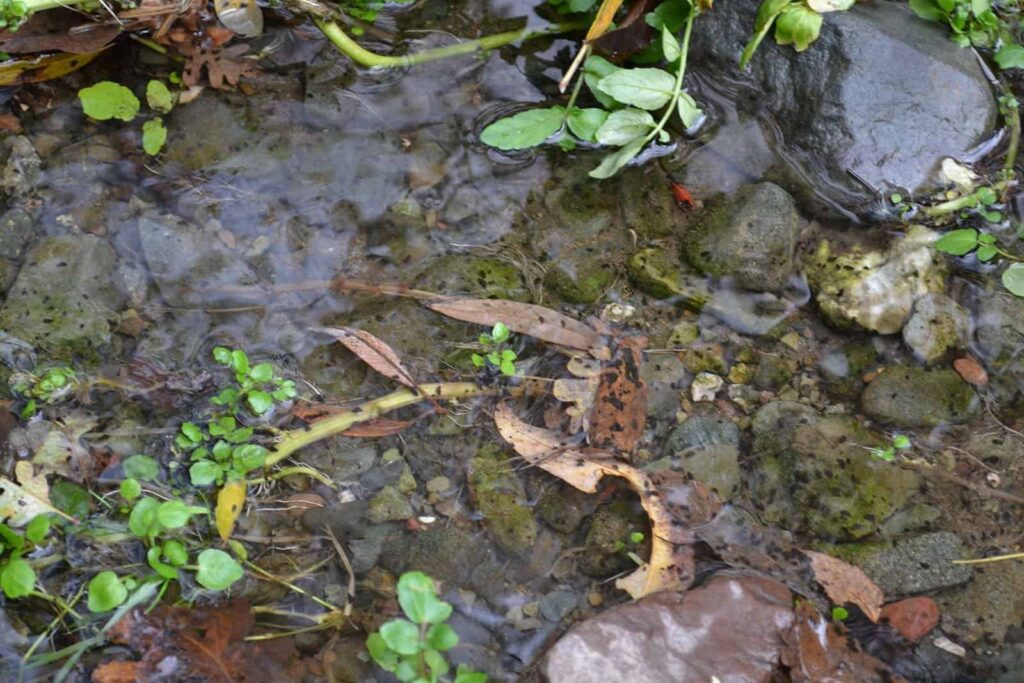 Emily says, “Understanding where we might not find New Zealand mud snails will help us focus on not spreading them to places they CAN colonize, which is thought to be most freshwater environments.

“I research the New Zealand mud snail because I am interested in how animals can survive in their native habitats and what allows them to survive outside of those places, like invaded regions. I want to know how some organisms can stay in new places and what the boundaries are to keep them out,” she explains.

Gathering Data in the Lab and in the Wild

Because New Zealand mud snails are so widespread across different habitats, they are an interesting species to study more deeply. Emily does this both in the lab and in streams.

In the lab, she looks at how much oxygen they need to perform various tasks, because oxygen levels in stream water change daily and seasonally. In streams, she studies what characteristics of the environment limit population size or exclude snails completely throughout the year.

This research is ongoing. So far, Emily has discovered that the mud snail population in Mount Diablo Creek peaks in mid-summer to upwards of 10,000 snails per square meter. She’s also noticed that the snails get washed downstream in the winter rains to places that they don’t exist the rest of the year. 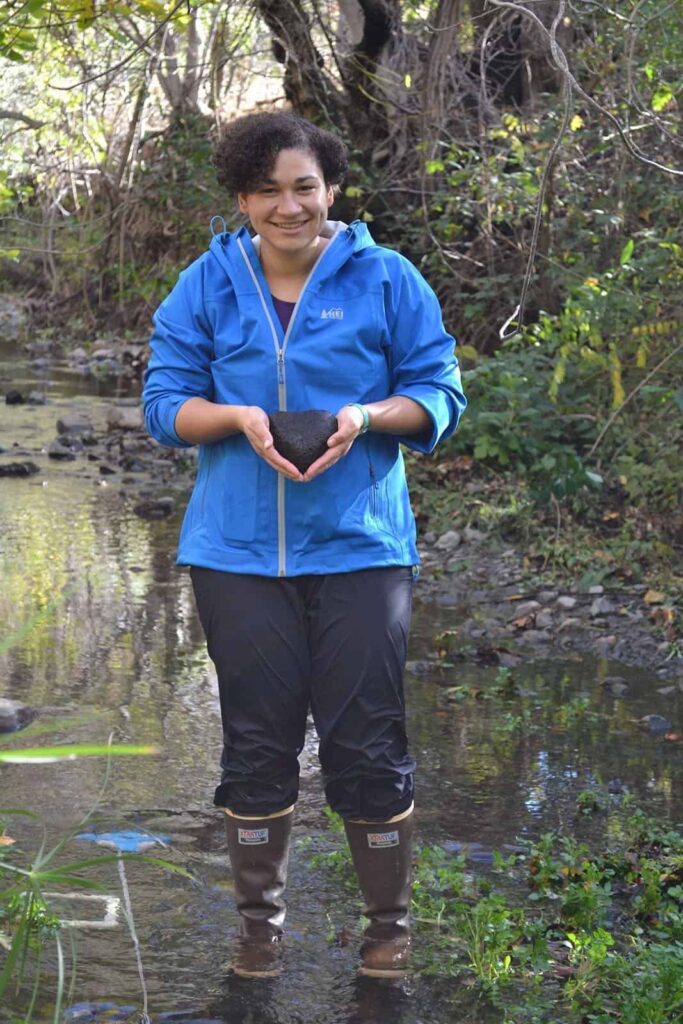 How to Keep the Snails from Invading More Creeks

One thing Emily would really like people to know is that these snails are very easily transported by humans, and almost entirely by accident.

So it’s important to clean and dry your fishing and wading gear, shoes, hiking boots, and pets if you regularly spend time in creeks and lakes, especially if you visit multiple creeks and lakes.

Find more information about how to avoid transporting the mud snails on the California Department of Fish and Wildlife website. You can also read more about Emily’s research in this San Francisco Chronicle article.

Emily King is a PhD candidate in integrative biology at the University of California, Berkeley and a recipient of a Mary Bowerman Science and Research grant from Save Mount Diablo. She earned her bachelor of science degree in marine science at CSU Monterey Bay. Her graduate research seeks to understand what aspects of the invasive New Zealand mud snail’s evolution, physiology, and ecology promote or hinder their continued spread. Currently, her work focuses on oxygen consumption and conditions that control presence and absence in Bay Area streams.