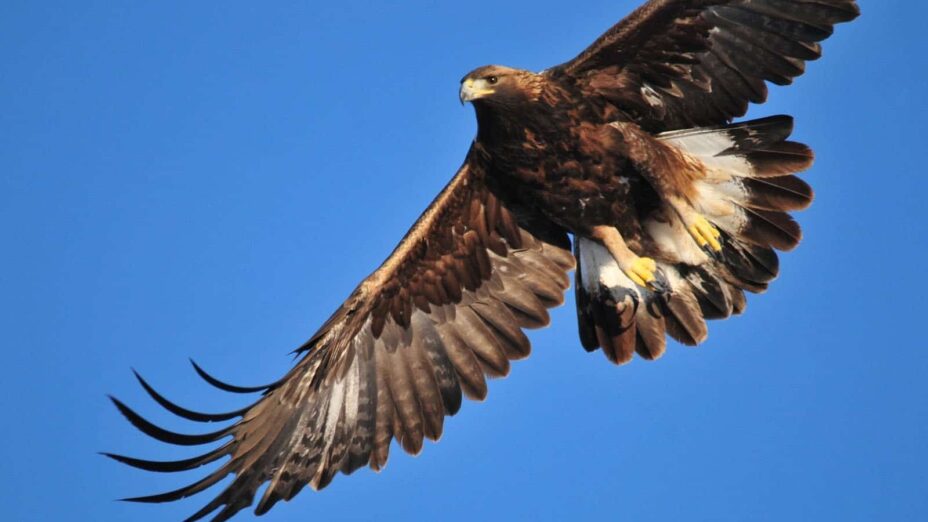 Each year, Save Mount Diablo gives small grants as part of its Mary Bowerman Science and Research Program to researchers who study the ecology and geography of Mount Diablo and its watersheds. Over the past several years, Save Mount Diablo contributed to research conducted by the USGS Forest and Rangeland Ecosystem Science Center and its partners on golden eagles in our region..

Exciting Results: Biggest Concentration of Golden Eagles on the Planet

These studies show that the breeding population of golden eagles in the northern Diablo Range is the largest on the planet; at least no other studies have published densities of territorial pairs higher than the researchers’ estimate of about 53 pairs per 1,000 square kilometers.

Our Eagles May Act as a Source for Restoring Other Populations Throughout the Western U.S., So We Must Protect High-Quality Habitat

Given the high density of breeding pairs the researchers have identified, the population of golden eagles in the Diablo Range may act as a source to many other, perhaps distant populations of eagles throughout the western U.S.

And so, it is critical that we prioritize high-quality breeding sites in this region for future conservation and fully understand the threats that eagles are confronting. This study is providing information needed to effectively monitor and manage populations in the Diablo Range and beyond.

The Best Habitat for Golden Eagles 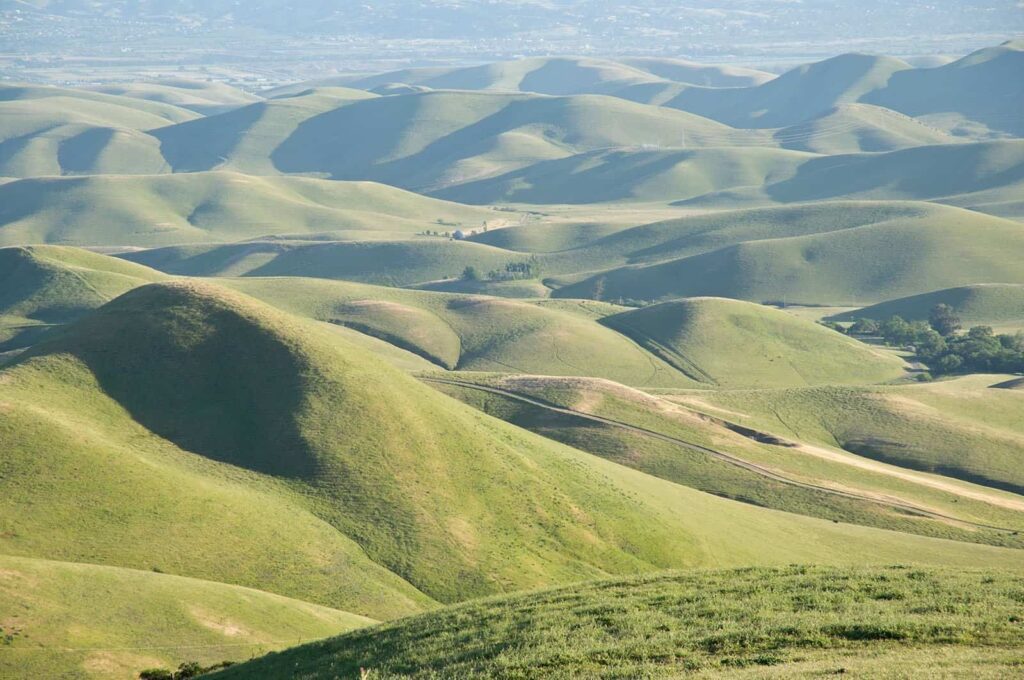 The researchers documented territorial pairs throughout the study area, from the highest peaks and ridges in the mountains to low-lying hills surrounded by housing developments, and even near active wind turbines. But we now know eagles are more likely to be found in those areas with higher proportions of grassland vegetation and rugged terrain.

Why We Need Golden Eagles (and Research on Them)

As wide-ranging, apex predators, golden eagles have a significant influence on ecosystem processes at broad spatial scales. Understanding the status of their populations, especially in the northern Diablo Range, not only promotes conservation of eagles but also a healthy ecosystem. 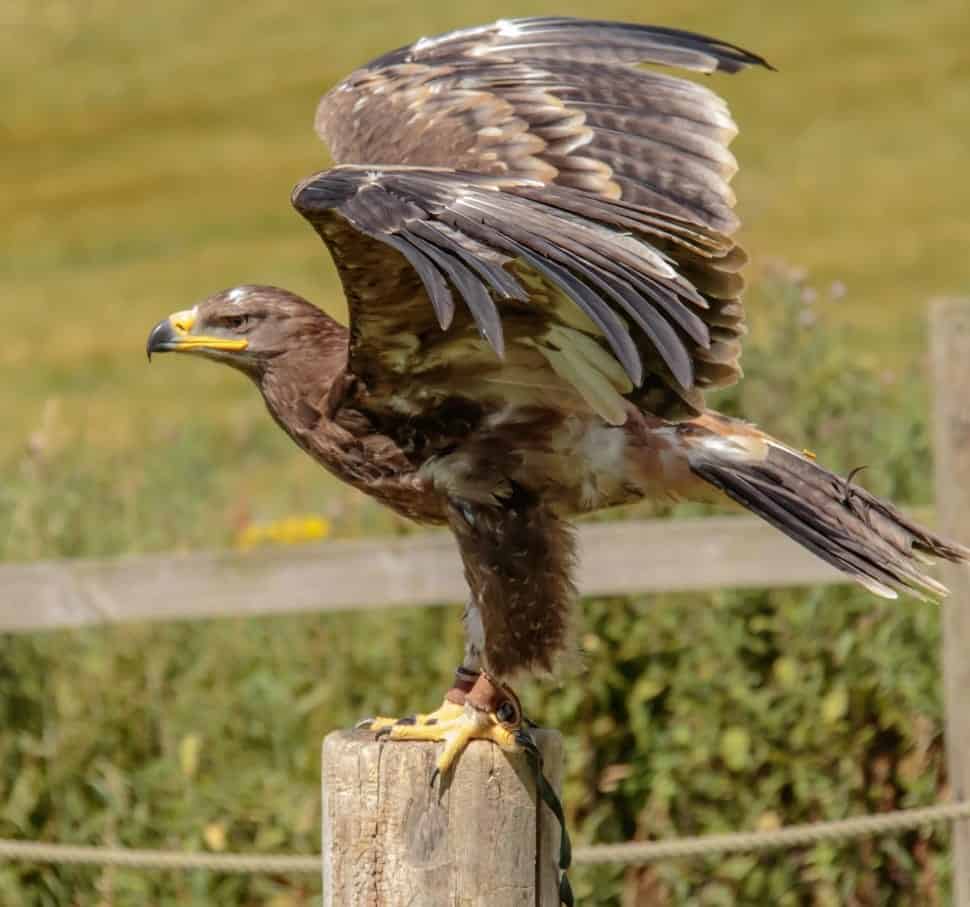 Golden Eagle Reproduction Suffered During the Drought . . . Will the Eagles Recover?

Golden eagle territories appeared to be occupied every year, which suggests a stable population. However, reproduction has suffered immensely in recent years, especially during the recent historically severe drought from 2014 to 2016. If nesting conditions do not improve, there will be fewer younger eagles to replace breeding adults in the future, resulting in a population decline.

Researcher Patrick Kolar says, “Our results do show some territories in the East Bay area consistently produced young even during the extreme drought and could be strong candidates for further protective measures. We hope our ongoing research will allow us to examine a wider variety of climatic conditions to determine if reproduction by pairs in the Diablo Range recovers.”

How the Researchers Investigate Which Places Are Best for Eagles

The researchers are studying a breeding population of golden eagles to determine what factors influence occupancy and reproduction of territorial pairs. In other words, why are golden eagles choosing certain areas on the landscape to establish a territory and why are some territories more successful in fledging young than others?

The researchers are investigating dominant vegetation types, terrain features, and weather patterns, such as temperature and precipitation. 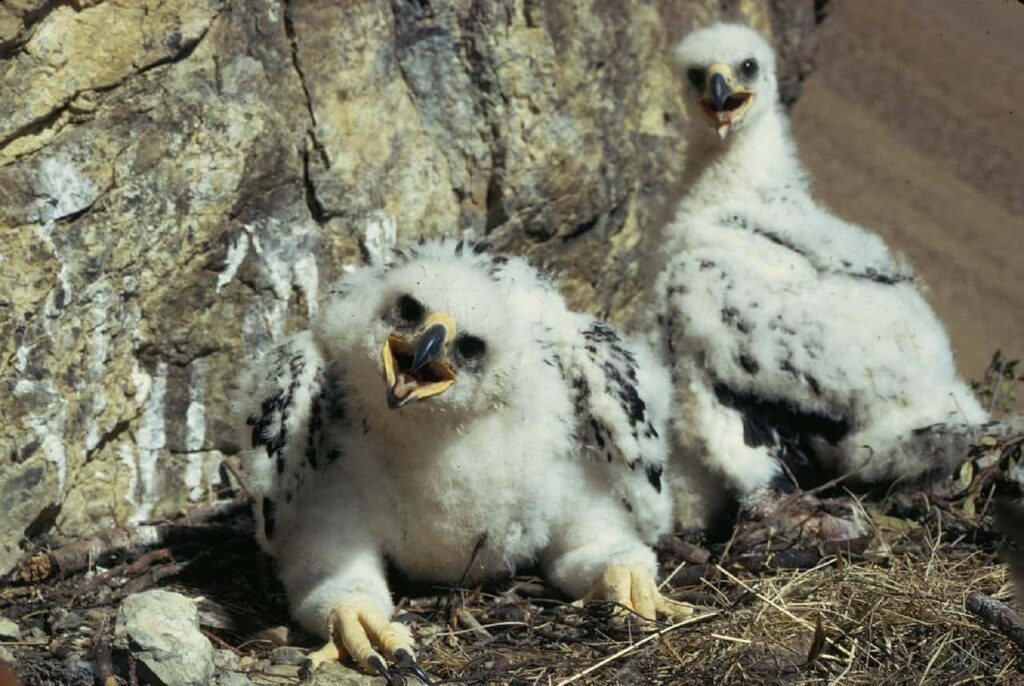 To do this, they use binoculars and spotting scopes to search for golden eagles at random plot locations across the northern Diablo Range. They watch for signs of territorial and nesting behavior in any eagles they observe, and monitor nests to determine if any young fledge.

Golden eagles in this area can be difficult to find and can be missed when present, leading to incorrect assumptions regarding the size and status of the population. The researchers’ novel study design helps account for this imperfect detection of breeding pairs and nests, allowing them to make more precise inferences regarding the status of the broader population in the Diablo Range.

More on Why the Researchers Are Studying Golden Eagles Here

Golden eagles in this area face a number of unique threats. These threats include disturbance and loss of nesting and foraging habitats resulting from the rapid expansion of urban development, and lower reproduction from extreme weather. They also include increased mortality from collisions with wind turbines at the Altamont Pass Wind Resource Area and other wind energy sites in the region.

The researchers’ study design and predictive models will allow them to identify certain habitats and territories where breeding pairs of eagles have disproportionate positive effects on maintaining the broader population. Identifying these “higher quality” sites should help wildlife managers prioritize conservation efforts in areas that have the greatest effect on maintaining a healthy population.

Where the Research Is Happening 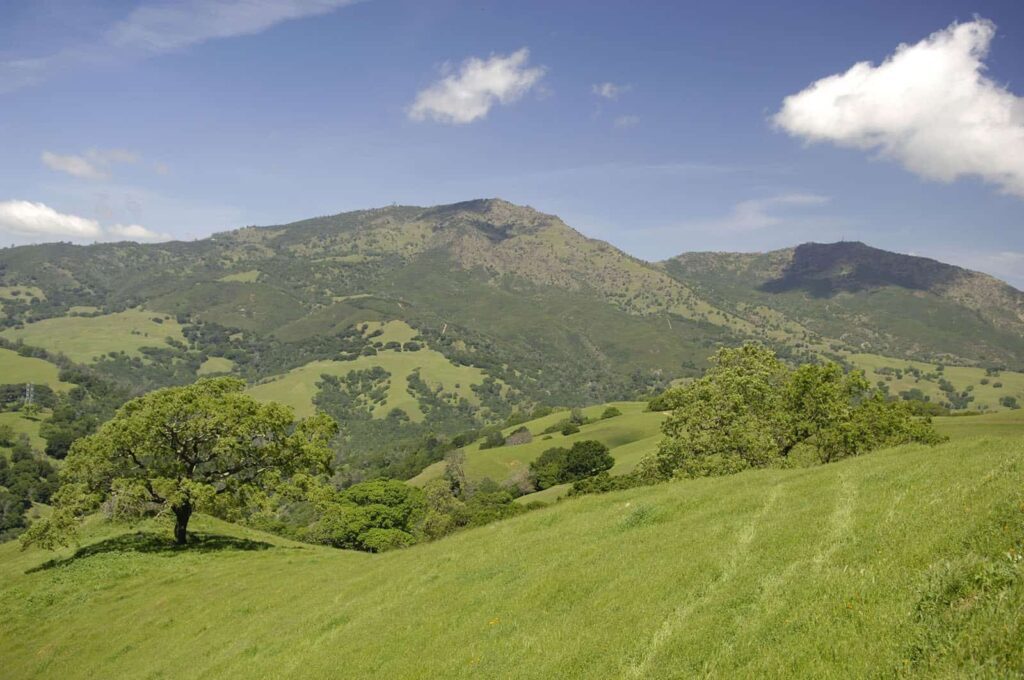 The researchers are surveying as many as 140 randomly placed plot locations (1385 hectares in size, or about 4 kilometers wide) throughout the northern Diablo Range. The research study area is roughly bounded by the Carquinez Strait in the north to Hwy 152 in the south and Berkeley to Gilroy on the west to Interstate 5 in the San Joaquin Valley on the east.

Patrick Kolar is a wildlife biologist with over 15 years of experience studying a wide range of animal species throughout the western United States, including carnivores (such as wolverines and lynx); cutthroat trout; songbirds; sage grouse; and numerous owls, hawks, and other raptors. He received a bachelor’s degree in fish and wildlife management from Montana State University and a master’s degree in raptor biology from Boise State University. Since 2014, he has coordinated the field research for a collaborative study of golden eagles in the Diablo Range conducted by the U.S. Geological Survey and other organizations.