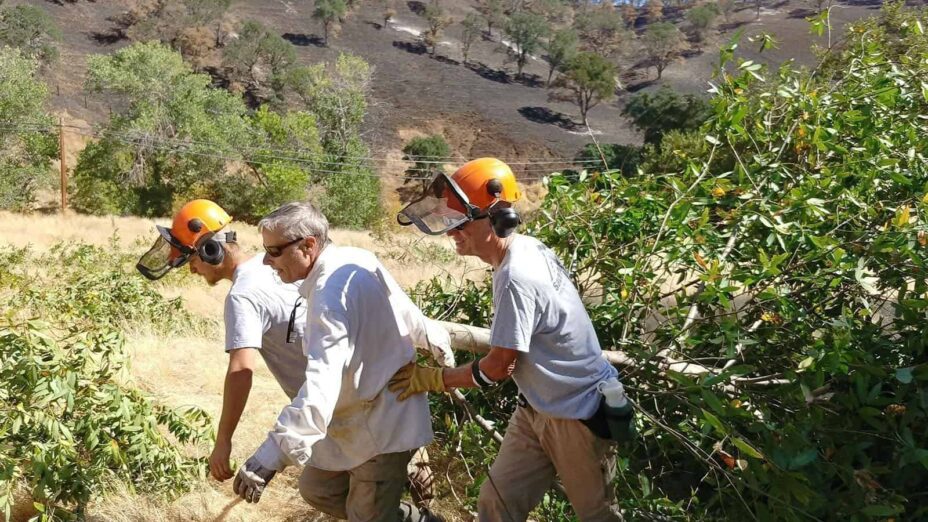 Sudden oak death is a disease caused by an exotic, invasive, microscopic organism called Phytophthora ramorum. It has killed thousands of oaks and tanoaks in California. It is spread by water and can infect coast live oaks, canyon live oaks, and black oaks. So far, it doesn’t look like it infects valley oaks or blue oaks.

The primary carrier of sudden oak death in the wild is the California bay laurel. Therefore, it’s important to monitor bay trees for symptoms and remove infected trees to protect our oaks. Bay trees are plentiful; we have enough to spare.

Every year, Save Mount Diablo stewardship staffers participate in a Sudden Oak Death Blitz. They attend a training session on what symptoms to look for. Symptoms include a reddish ooze, and leaves suddenly turning brown. Our staff collect bay leaves with these symptoms and send them to a UC Berkeley lab for testing. They also report the geographic coordinates for where the leaf samples were taken.

The results are then added to the sudden oak death app (which maps all the trees across the state of California that have been confirmed as diseased or as healthy). 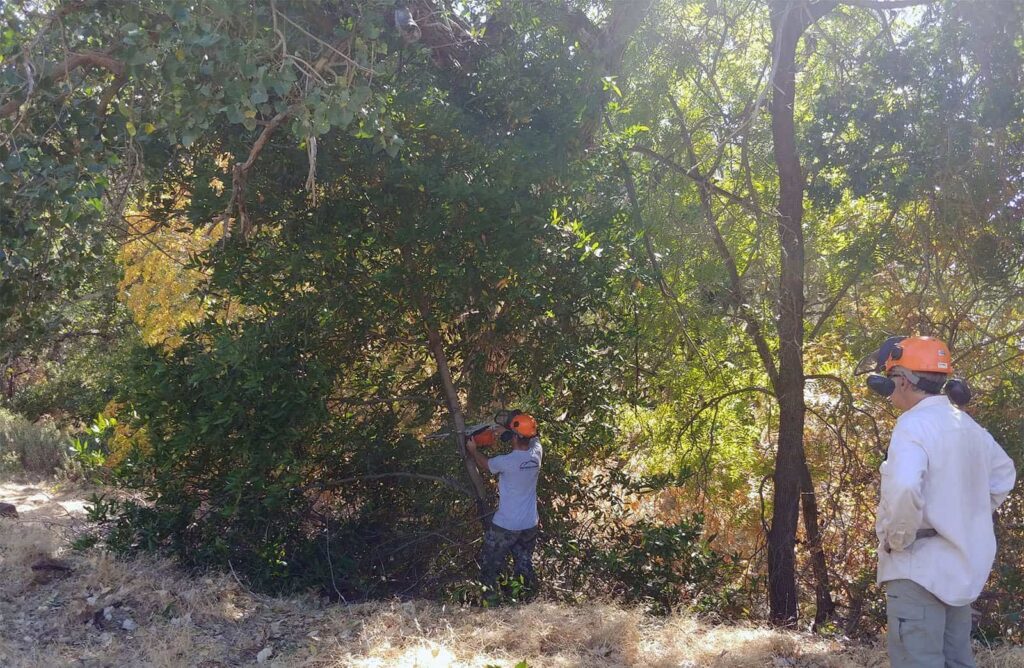 This year, Save Mount Diablo stewardship staff and volunteers collected bay tree leaves at our Big Bend and Curry Canyon Ranch properties. At Big Bend, there were three bay trees that were confirmed to be infected with sudden oak death. We cut down the bay trees that were confirmed as infected during our stewardship workday on August 17. We are planning on doing a similar project at Curry Creek soon.

We don’t currently have any diseased oaks on our properties, and we want to keep them all healthy. Bay trees don’t die from sudden oak death, but some species of oaks do. It takes a while, but an infected oak tree will die within a few years. And even if a tree has no symptoms, it could still be carrying the disease to other creeks in the same watershed. During a drought, sudden oak death is less of a problem, but when there’s high rainfall, it’s important to manage.