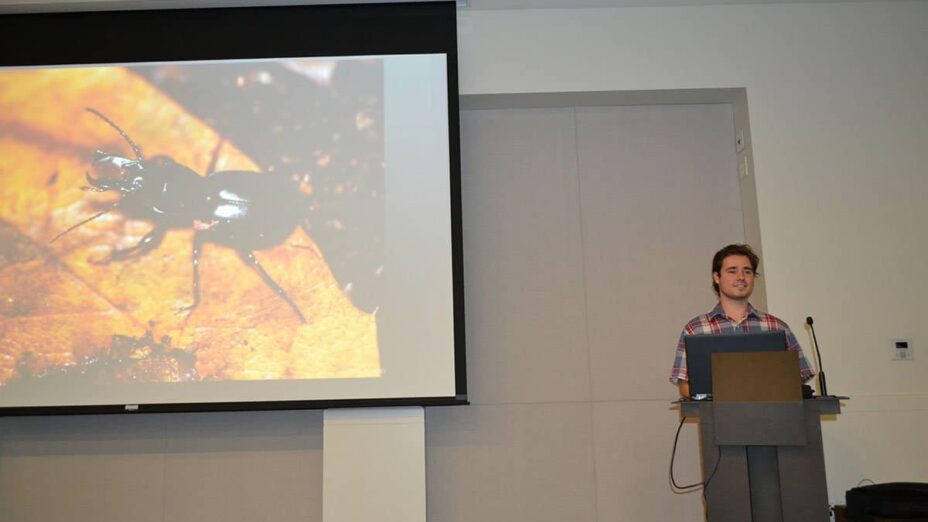 Research funded in part by one of the Save Mount Diablo Mary Bowerman Science and Research Program’s grants has now been featured in an article by KQED.

The grant helped researcher Brandt Weary study “chemical warfare between bugs,” specifically how a species of beetle can withstand cyanide emitted by a species of millipede. “The beetles, known as Promecognathus crassus, love to eat millipedes, even though they are only one-fifth the millipedes’ size,” writes KQED Science reporter Jenny Oh. “New research has found that one tough beetle is the only known predator in the world that can survive a direct blast of cyanide gas and keep going.”

Check out the KQED Science article, This Millipede and Beetle Have a Toxic Relationship, or watch the video about Weary’s research: