Local nonprofit land trust Save Mount Diablo (SMD) partnered with local rancher John Ginochio to host the annual SMD Bioblitz event on April 13 and 14, 2018. The Bioblitz was held at Arroyo Del Cerro, a ranch more than two thousand acres in size on Mount Diablo’s northwest side. SMD’s Bioblitz is a twenty-four hour investigation to identify as many species as possible within a survey area. The results can be used in education, science, policy, land management, and more.

Arroyo Del Cerro has been owned by the Ginochio family since the late 1800s. It’s “one of the most diverse areas on the mountain, ranging from the low-lying oak woodlands and extending into the high-rising chaparral,” explained Malcom Sproul, Biologist for Larry Seeman Associates (LSA) and SMD Board member.

Arroyo Del Cerro has piqued the interest of many scientists and naturalists around the Bay Area. “Imagine a ranch, hidden in plain sight for decades, and having the opportunity to explore it,” said Seth Adams, Land Conservation Director for SMD. 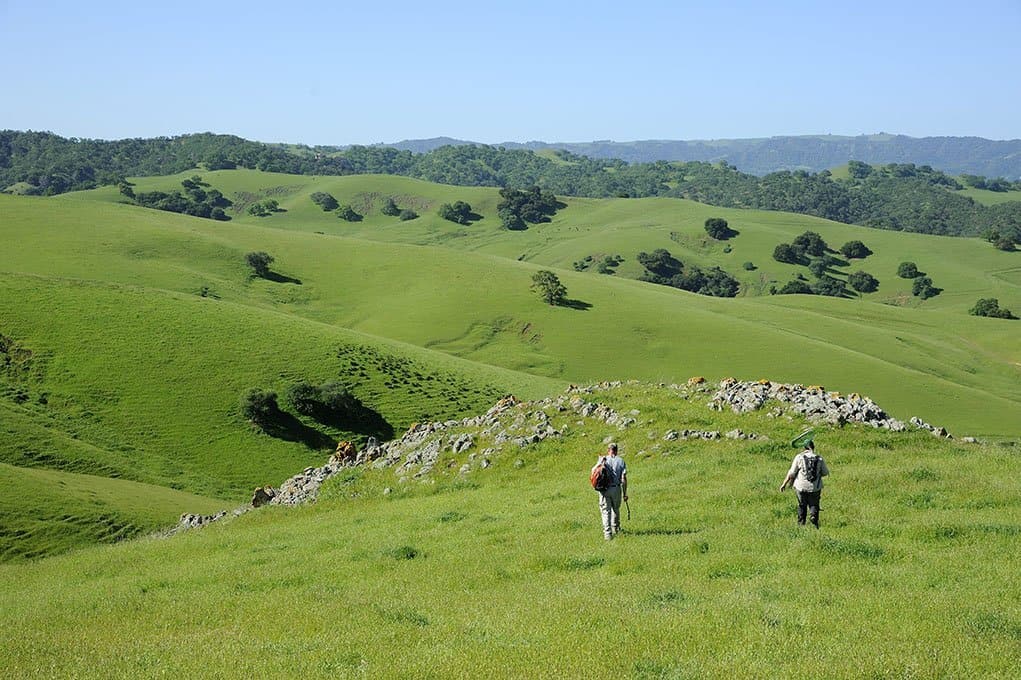 In total, 419 species were found, a high number that reflects the diverse habitat on the land. Arroyo Del Cerro is home to the federally listed California red-legged frog and “has the potential for California tiger salamander,” said Malcolm Sproul. Other species were spotted as well, including the endemic Contra Costa manzanita. (Endemic means this species of manzanita only occurs in the area.) 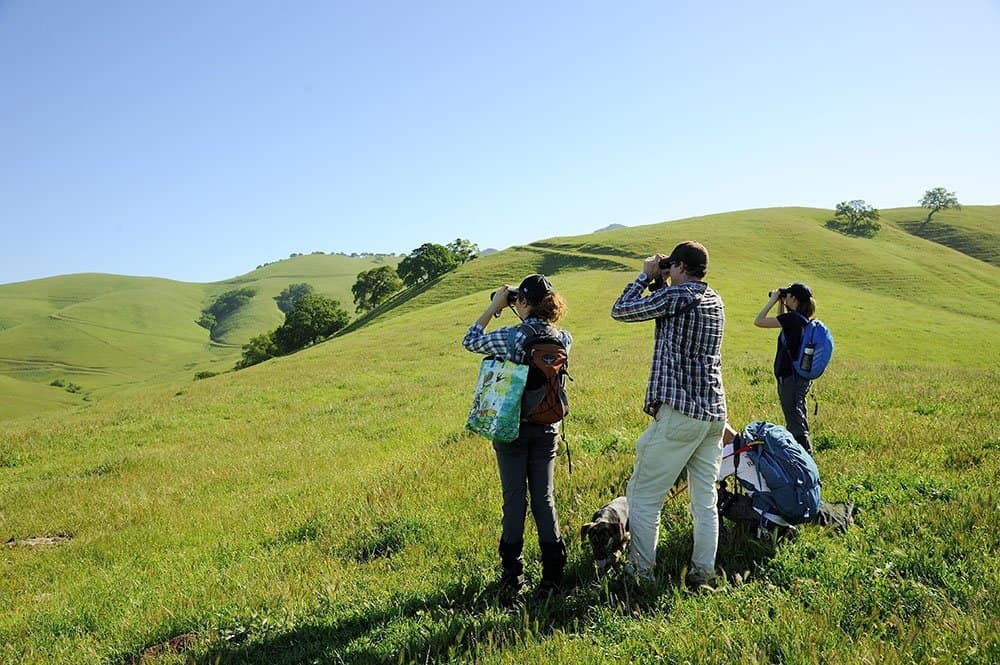 People also saw peregrine falcons, which are making a comeback in the area after years of decline. Bobcats, coyotes, bats, and a pair of golden eagles were also included in the list.

One of the most exciting things that happens during a Bioblitz is the interaction between scientists and naturalists from different fields. At the base camp, naturalists were drawn to the table with different species of fungi laid out, while entomologists showed specimens from the field. 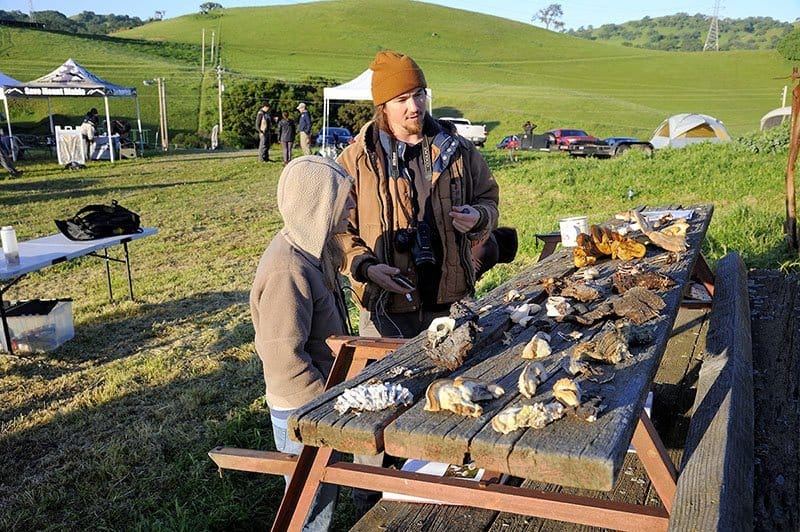 This season’s rainfall pattern of mostly dry weather with short bursts of rain, followed by sunny days, provided a boom in plant growth and bug activity. And the results reflected that: 144 plant species and 148 insect species.

Even with seventy-five biologists, more than two thousand acres of rolling hills, ponds, creeks, serpentine grasslands, chaparral, and oak woodland is a daunting amount of land and topography to cover in only twenty-four hours. This was a rare and excellent opportunity and another great Bioblitz.