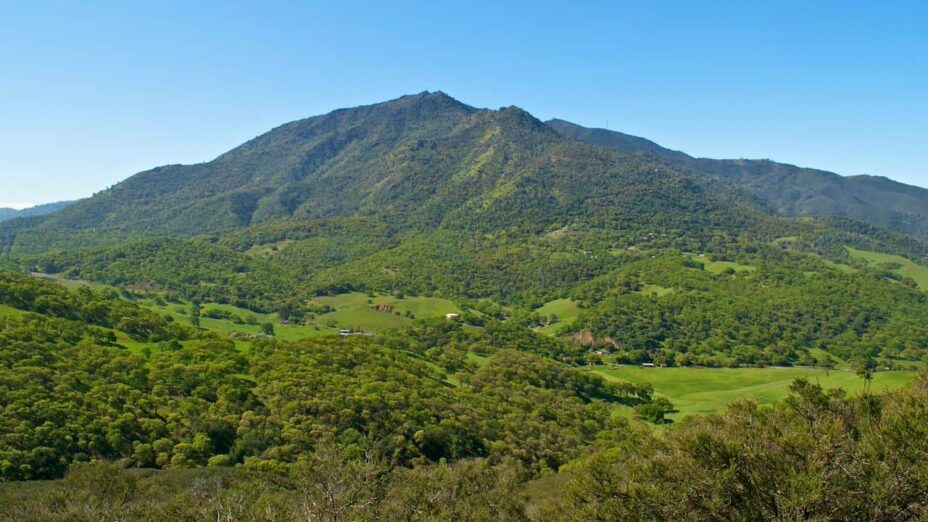 Save Mount Diablo (SMD) has signed a ten-year agreement to purchase 87.2-acre North Peak Ranch from Steve and Brenda Benkly, for a total purchase price of approximately $1.1 million.

“The property is really special,” said Steve. “We have Muir Woods in our back yard. One area has big green ferns, vivid green moss, and during the winter months a waterfall just a few hundred yards behind the house. Every day we wake up, look out our back window at North Peak and just count our blessings.”

“We are so appreciative of Steve and Brenda Benkly” said Ted Clement, Executive Director of Save Mount Diablo. “They want to protect their beautiful property on North Peak, and are giving us the time to raise funds to do so.”

“The timing is critical,” said Scott Hein, SMD Board president.

“We are still working really hard on securing capital for our Curry Canyon Ranch project, as well as other important initiatives. This way, we can carry out a thoughtful and comprehensive fundraising strategy that ensures that both of these properties are protected in perpetuity.”

Most of the public assumes the steep slopes of Diablo’s main peaks are already protected. In fact, there are many acres of private lands. North Peak Ranch is part of nearly a square mile of private land on the north face of North Peak, surrounded on three sides by Mount Diablo State Park. Save Mount Diablo’s 20 acre Young Canyon parcel is in the same area. Protecting the main peaks is SMD’s highest priority.

Save Mount Diablo was in negotiations to purchase the property in 2000 from a previous owner when the Benklys purchased it instead. SMD and the Benklys got to know each other and kept in touch. The Benklys even began volunteering at SMD events.

They proved to be excellent stewards of the land, putting in countless hours cleaning up their property.

North Peak Ranch was on SMD’s original priority acquisition list in 1972, given its location on one of Diablo’s main peaks.

It’s highly visible, rising from 650’ at Marsh Creek Road through grassland and oak-bay woodland to 1260’. The north-facing slopes of the mountain have more water and very high biodiversity. The property has important resources including a band of serpentine mineral soils associated with a number of rare plant species. The property could be used in the future for a staging area to access North Peak.

Steve and Brenda are both locals and strongly support conservation. Steve is a builder. Brenda can often be seen riding State Park trails near the property. “I grew up in Walnut Creek,” said Steve, “and Brenda was born in Concord. She rode her horse all over the mountain starting as a child. We’re both passionate about keeping more open space. This is our affordable way of doing it.”

“We wanted a larger piece of property. The mountain and surrounding areas have been the sanity in my wife’s life since childhood. This was something we could swing financially, make sure it did not get developed and was preserved for future generations to enjoy.”

North Peak Ranch is part of Clayton’s Marsh Creek Specific Plan development area and adjacent to the city and county Urban Limit Line. At one time it might have been subdivided into 5-acre parcels. The Benklys, however, had no interest in seeing the parcel developed. “I’m a builder,” said Steve. “We’ve seen the area get overdeveloped and we didn’t want to see this beautiful parcel developed into four or five houses.”

They approached SMD about purchasing most of the property.

“Save Mount Diablo is doing a fantastic job preserving what should have been preserved a long time ago, mainly for future generations,” said Steve. A deal was reached to option the property in 10 small, annual, gradually increasing payments which will be applied to the overall purchase price at the end of the ten years.

Steve and Brenda will retain 6.2 acres and continue to live in their small 1200 sq. ft. farmhouse, built in 1924, which first necessitated a subdivision process through the County to split the parcel. SMD is also acquiring right of first refusal on that smaller parcel where the Benklys will continue to live.

The property is beautiful and mostly heavily wooded. Imagine a small canyon, climbing up onto the slopes of rocky North Peak, and dividing around several knolls. Two tributary creeks drop down the steep slopes over moss-covered rocky cataracts and small grottos then meet Mount Diablo Creek just off-site. Further downstream, Mount Diablo Creek crosses the northwest corner of the parcel. SMD has helped to protect much of Mount Diablo Creek’s headwaters in the vicinity of the property, and much of its middle reaches at the Concord Naval Weapons Station.

A robust set of fire roads zig-zag upslope through blue oak woodland, looping past a large, developed spring near the southern border, and toward the Three Springs area of Mount Diablo State Park. Rare Alameda Whipsnake is almost certainly present.

Ultimately North Peak Ranch should be part of Mount Diablo State Park. First, however, the State Park system must begin accepting new lands again. Hopefully, the issue will be resolved in the near future and within the ten year option period.

With the Benklys’ permission SMD will soon hold several introductory walks on the property, and one or two per year until the acquisition is complete. However, North Peak Ranch is privately owned until SMD completes the purchase – so it is not open to the public at this time.