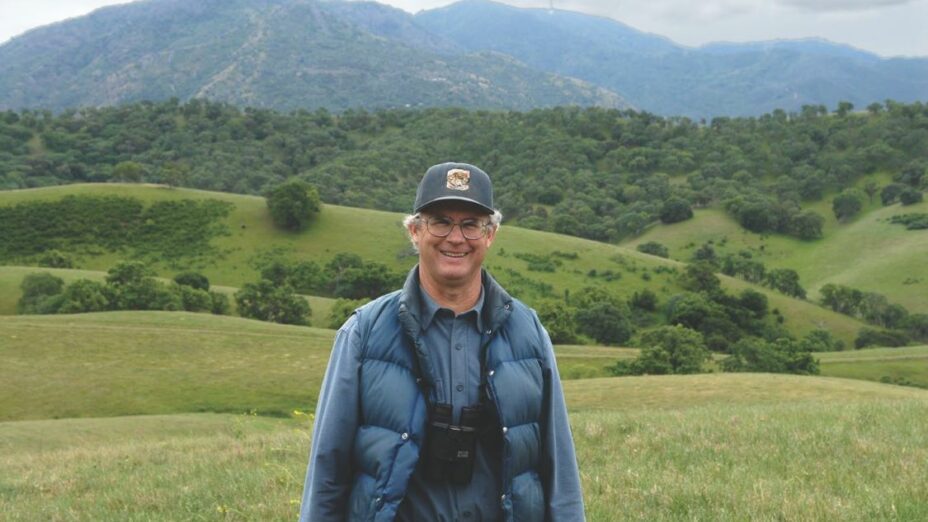 Malcolm Sproul served as our Board President from 1998 to 2012 and from 2019 to 2020. He’s had a hand in hiring all three of the executive directors that Save Mount Diablo has had throughout its history. 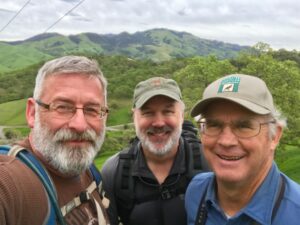 Youth and Career in Environmental Planning

Born and raised in the Bay Area, Malcolm Sproul was constantly outdoors.

He explored Mount Diablo with the Boy Scouts, camping and making memories that would last a lifetime. And like many people who grew up in the Bay Area, he saw the extensive development that was taking place in the 1970s and wanted to help protect the land that he loved.

“It was exploding. This was a period of very rapid residential development, freeways being built. . . . the ‘60s and the ‘70s, in particular, saw a tremendous amount of this growth. Just conversions of thousands and thousands of acres of land.”

He decided to make his goal of protecting land into a career. He studied land use planning at UC Berkeley, so that he could have a role in the decisions being made when it came to all this development.

“If you get involved in land use planning, you do have the opportunity to affect the types of uses in places and try to protect resources.” 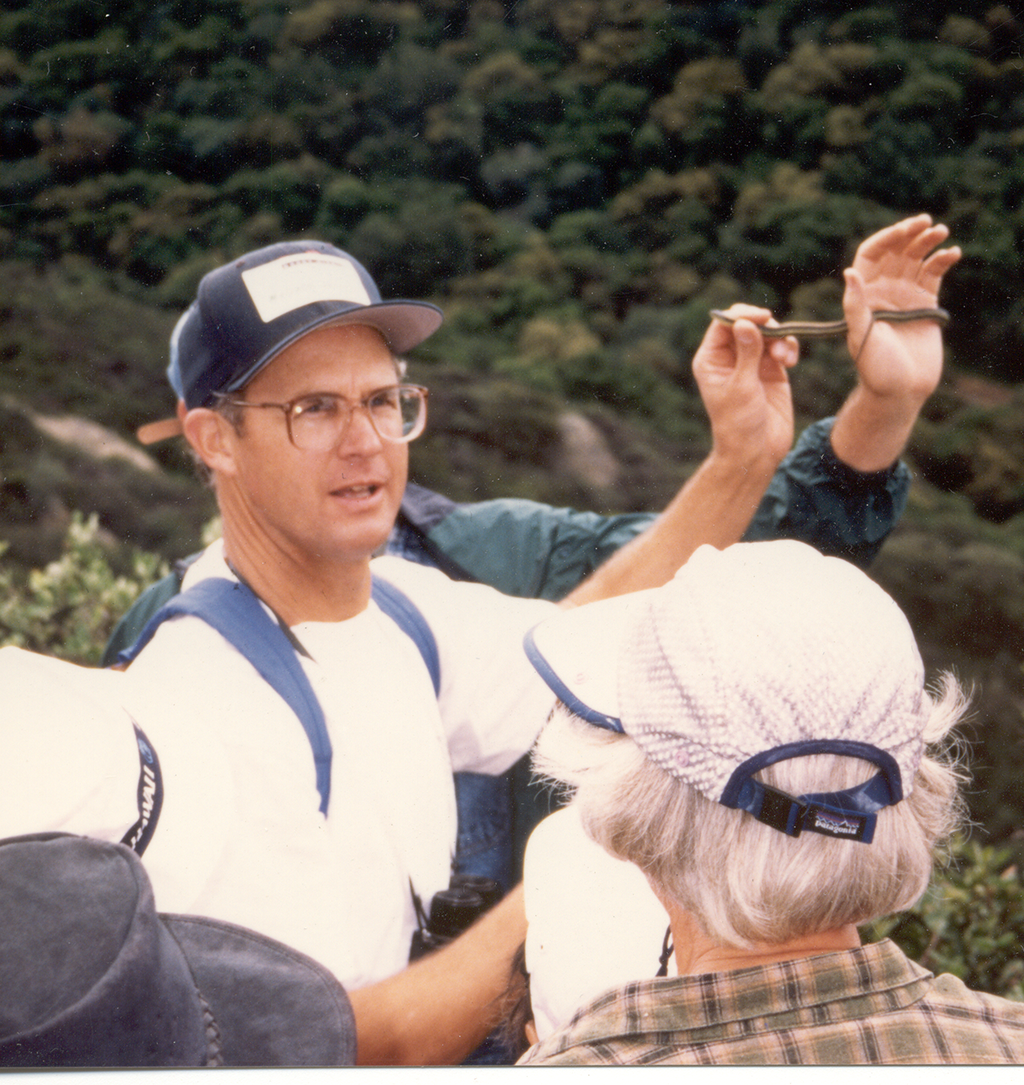 Malcolm Sproul at the Black Hills dedication in 1997

Malcolm went into the workforce in a time of great legal change. In the wake of the environmental movement of the 1970s, a slew of new environmental policies created the need for a new field that he got involved in, environmental planning.

“They literally created the field, particularly NEPA and CEQA. . . . It created this need for information the decisionmakers needed and had to go through in order then to take up a project.”

Throughout his career, his goals remained consistent. “We’ve got to find a way to not develop everything, not go the way of Los Angeles, grading tops of hillsides off and filling valleys and just putting housing everywhere.

“There had to be a better way, and can you define communities by geographic landforms, which Mount Diablo, obviously, is the prominent one in Contra Costa County.”

But what he could do within his professional career was limited; outside of his career he would further advocate for what he cared about, and he did so passionately.

“I have to walk a very fine rope, middle ground at work; where at Save Mount Diablo I can say, ‘Hey, we need to do this. We need to get on this job. We need to fight this one.’ . . . I’m not an advocate professionally for things, and I can’t be—and I can be with Save Mount Diablo.” 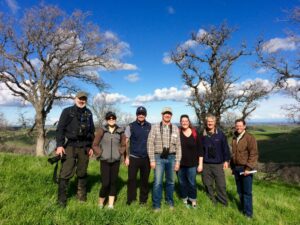 Early in his career, Malcolm was involved with Save the Bay for several years, joining their Board.

“We lived in Berkeley at the time when I joined the Save the Bay Board. . . . It was a larger Board, had some real heavyweights on it. I mean, big time environmental people involved in the environmental movement at that time.

“And then we moved out here, and it became more difficult to go to things in Berkeley, farther away, and so that transition to Save Mount Diablo happened.”

Though he had known about Save Mount Diablo since he was young, it was when he moved from Berkeley and began advocating on behalf of the state parks that he decided to join Save Mount Diablo.

“This goes back to high school—I have a bumper sticker that says ‘Save Mount Diablo.’ . . . it is probably one of the original bumper stickers. . . .

“But the real connection came when I attended a hearing that the [California] State Parks put on in 1988, that they were interested in expanding [to] the southeast of the park. . . .

“I knew the area from having gone to Mount Diablo with the Boy Scouts and hiking around in some of those areas, and I thought this was a great idea to expand the park and spoke.”

It was at this meeting that Malcolm was introduced to Bob Doyle and when his involvement with Save Mount Diablo really began. 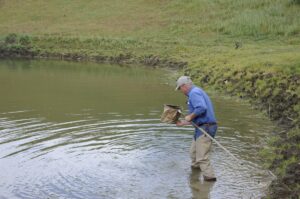 Malcolm Sproul at our 2015 BioBlitz. Photo by Al Johnson

Leading Save Mount Diablo’s Board

In his decades of work with Save Mount Diablo, Malcolm says that our advocacy has protected by far the most land. “It’s hands down much greater, and that’s [where] we’ve had probably our biggest influence.

“There’s no other organization in Contra Costa County that’s as influential as we are, and I say that with a lot of pride, because we have built that,” he says.

“Literally thousands of acres can get protected through our activities. We obviously don’t do the vote. We can’t vote it, but we can influence and hopefully get the vote to go the way we want to see it.”

As Board President, Malcolm was a part of significant organizational change within Save Mount Diablo, helping to guide the organization through several expansions over the decades.

“Well, the first term, obviously, was a very long period of time, and it was a period when the organization grew tremendously.

“So organizationally, there were real changes during that period of 15 years. Staff grew, our capacity grew, the number of events we did grew—everything grew.”

Moonlight on the Mountain, Save Mount Diablo’s largest fundraising event, started while Malcolm was President.

He says initially it was “much smaller. The location has not changed, the basic approach has not changed. . . . Before, it was like 13 tables, just a little cluster. And now, it’s a sea of tables! I couldn’t even tell you how many.” 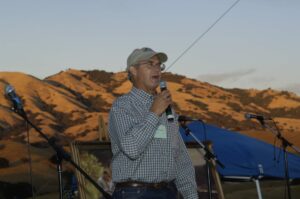 Malcolm Sproul speaking at Moonlight on the Mountain. Photo by Scott Hein

Work on the Land Committee

Malcolm joined our Land Committee and got to know our co-founder, Mary Bowerman, who became a significant influence on his work as an environmental advocate.

“Mary was a very private person, very quiet, but she always would throw things out so you knew what she felt was important. And that was influential to me, because I respected her greatly. . . . she knew the land and she knew the things she felt needed to be protected.”

Malcolm’s professional background has made him invaluable within the Land Committee as he’s helped to guide long-term planning and significant decision making within Save Mount Diablo. 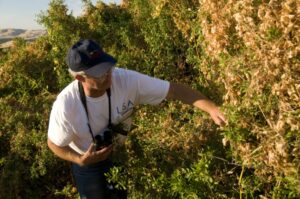 Malcolm Sproul at our 2008 BioBlitz at Mangini Ranch. Photo by Scott Hein

“We’re trying to maintain things that have been here literally for millions and millions of years, and hopefully that can be continued. . . .

“What an accomplishment. Being able to piece these pictures together and literally create a protected landscape.”

To read more about Malcolm’s life and work, view his full oral history.