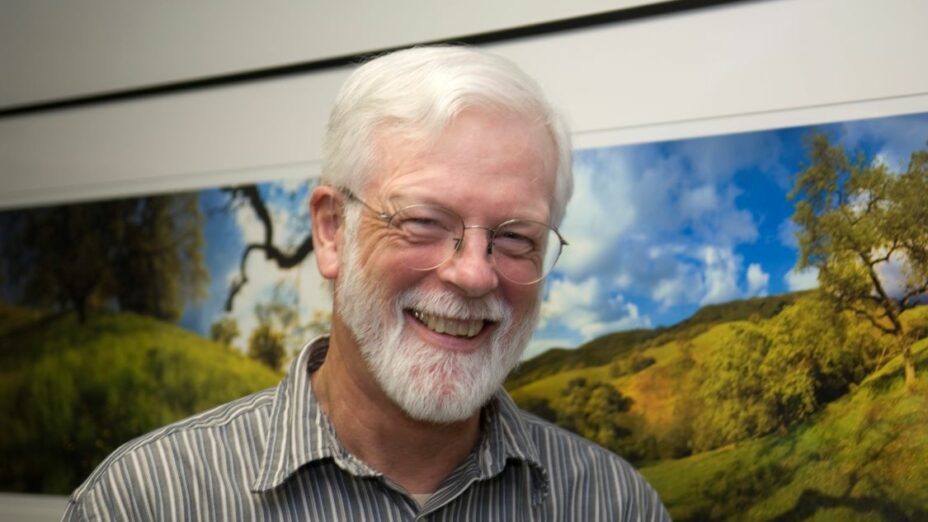 Early Interest in Nature and Career as a Veterinarian

It’s hard for John Gallagher to ascribe his passion to conservation to one experience because he has always been interested in the outdoors.

“I went into Cub Scouts because you go into Cub Scouts. . . . but we missed out on half of what happens at Boy Scout camp because we were actually backpackers, but the backpacking was fun. I look back at that and say that was an influential time.” 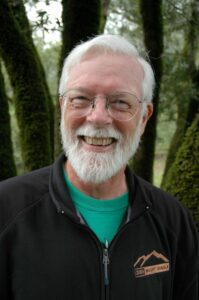 John grew up in the Bay Area. When he went off to college, he initially stayed close to home, but then decided to work towards becoming a veterinarian in a completely new environment, Colorado.

“I moved to Fort Collins. Popped into my VW bus and took off across the country and ended up with three degrees and a wife and a baby.”

He started working at a farm, learning how to care for large animals while he pursued his education.

“The experience in graduate school also was incredibly interesting. . . . Because I knew how to handle cattle at that point, bulls included, they tapped me into helping with all sorts of other projects. Those experiences were just dynamite.”

As his career progressed, he decided to leave Colorado’s cold winters and opened a successful clinic in the Bay Area with his wife Tena. “My wife ran the show, and I was the veterinarian. . . . we worked together for 25 years side by side, and we’re still friends.”

He was still working when he went on his first Four Days Diablo trip in the 1990s and decided to start volunteering with us. “I remember just telling the Tena that ‘I need to get involved with this group.’”

Work As a Steward and on the Land Committee

John started out volunteering to perform stewardship work and assist with events like our Moonlight on the Mountain gala. And his involvement with us deepened. “It was at Moonlight when Scott asked me if I was interested in joining the Land Committee.”

Over the course of his years on our Land Committee, John Gallagher has had a first-hand view of how our land management practices have evolved over time. 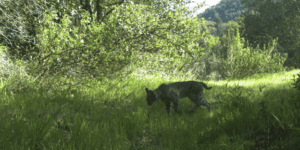 A bobcat on one of our properties. Photo taken on a wildlife camera monitored by John Gallagher

For most of the new properties that Save Mount Diablo acquired at that time, the state was unable to take ownership of because of underfunding.

“That was a very frustrating time in that department. The state park system, across the board, the whole Department of Parks and Recreation was embarrassingly underfunded and so it was unclear. They were telling us that the state park by policy was not taking on any more land and then we found out there really wasn’t a policy, they just, sort of, started saying that. . . . Even if [the properties] were adjacent to the state park, the state park didn’t want them.”

John has helped to plan and implement many of the land restoration projects that we’re working on today such as our 10,000 Trees and Plants project, which would not have been possible before this change.

“One of the things that came out of it is we should be planting 10,000 trees. . . . As recently as five years ago, we couldn’t even consider doing that sort of thing; we just didn’t have the resources.” 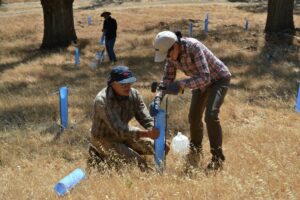 Volunteers planting trees for our 10,000 Trees and Plants project. This project came about in part because of John’s advocacy for stewardship. Photo by Haley Sutton

In 2013, John Gallagher and fellow volunteer Dick Heron began working to restore the Beacon on Mount Diablo’s summit. Little did they know, it would soon expand into a massive community undertaking, bringing many community members together toward the goal of fixing the Beacon.

In April 2020, Save Mount Diablo made the decision to light the Beacon every Sunday in response to the COVID-19 pandemic. John Gallagher worked with Ted Clement and Dick Heron to turn it on and off every week until April 2021.

“On Easter Sunday—so this is three weeks after the shutdown—Ted and I went up to the summit and turned it on. Every other week, Dick and I alternated turning it on, and every Monday morning at sunrise, Ted drove up there himself and turned it off.”

Mount Diablo’s Beacon will continue shining because of the work John Gallagher and Dick Heron put into restoring and maintaining it for almost a decade.

It is one of the five guiding beacons that were installed along the West Coast in 1928 to aid in transcontinental aviation and the only one still known to be operational.

John Gallagher getting ready to turn on the Beacon. Photo by Stephen Joseph

During our Four Days Diablo trip in 2006, John and a friend started playing music. “A little set list of a dozen or so Americana-type songs, a Dead song, a Dylan song, that sort of thing, and we played, just the two of us.”

John is a long-time musician, with 50 years of experience playing the banjo. Another participant joined in, and Save Mount Diablo’s house band, Blue-Eyed Grass, was formed. “Now blue-eyed grass is one of the local, indigenous flowers on Mount Diablo and so it’s a native, and all three of us at the time had blue eyes, so it was perfect.”

Members of Blue-Eyed Grass changed over the years, but John Gallagher is a part of the band to this day. “We get along well together, we’re of comparable abilities.” 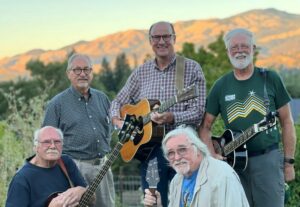 John sees the scope of our work shifting to focus on the Diablo Range as a whole. “We started to change our paradigm to learn and think about what we can do up and down the Diablo Range, where can Save Mount Diablo fit into that picture.

“The vision of that is significant. There are huge parcels out there way bigger, I’m talking 5,000- and 10,000-acre types parcels, the likes of which don’t exist on and around Mount Diablo itself. Save Mount Diablo will play a role in conservation up and down that range. . . . I have no doubt that Save Mount Diablo will exist for a long time to come, no doubt.” 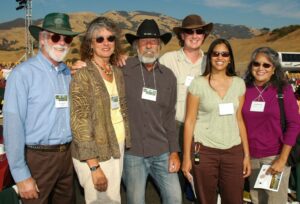 To read more about John’s life and work, view his full oral history.