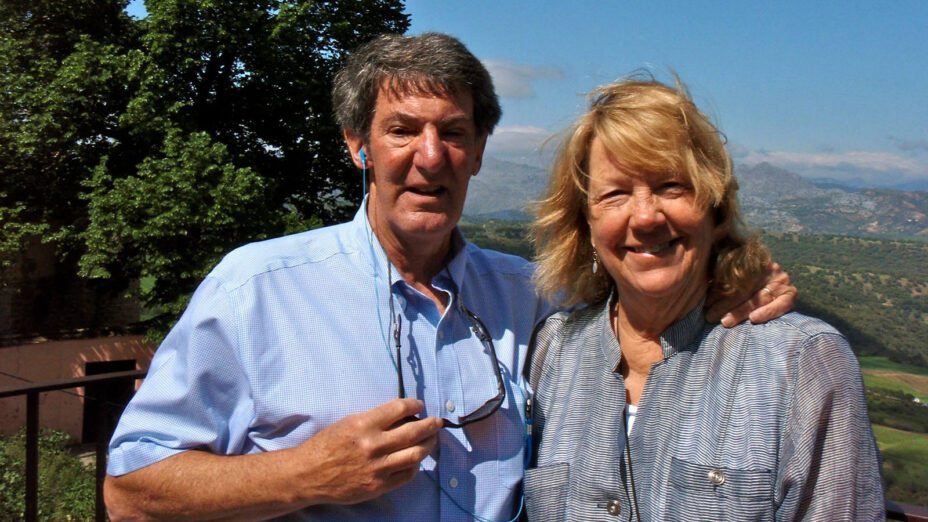 Early Life and Career as a Researcher

Jim Felton grew up with a taste for adventure, exploring the parks near his childhood home in San Francisco.

His parents would often take him on trips to parks throughout the country, still continuing to travel even after a trip to Glacier Park during which “a bear ripped through the tent and ripped the tent to pretty shreds.”

“My love for the outdoors was there when I was a kid and it continued on,” he says. He studied zoology at UC Berkeley as an undergraduate before receiving his PhD from SUNY Buffalo in 1973. 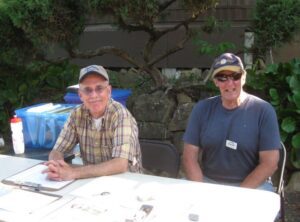 Ken Dyleski and Jim Felton tabling at our BioBlitz in 2022

His graduate work involved studying how different levels of certain enzymes affected an animal’s resistance to carcinogenic environmental chemicals. After graduation, he worked for the National Institutes of Health, then moved back to the Bay Area to work in the Lawrence Livermore Lab studying the chemicals in overcooked meat.

“I worked on that for 25 years,” he says. “We started looking at well the epidemiology of that: are people that eat more overdone meat going to get more cancer, can we see mutations in these people? All kinds of things we tried, and it was quite a career. I had the local TV stations at my house almost every Fourth of July and Labor Day while I was barbecuing wanting to know how to barbecue.”

Stewardship with Save Mount Diablo 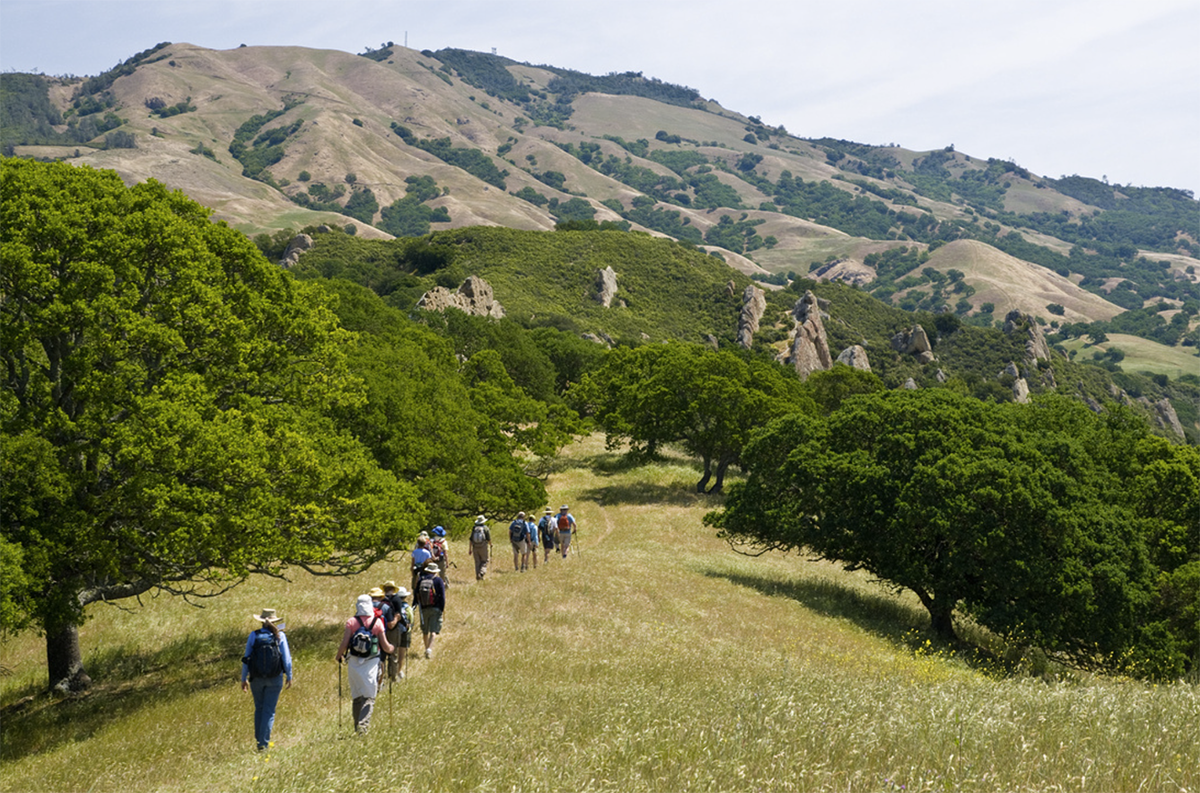 Jim’s involvement with Save Mount Diablo began his wife, Bette, suggested that they participate in our Four Days Diablo trip.

“It was led by Seth Adams, and he was a very impressive guy with his knowledge. Also on the hike was Malcolm Sproul who has this incredible knowledge of birds. . . . I mean he could tell a male from a female falcon at distances that I could barely see the bird, and he was terrific. . . . There was just so much to see that I really hadn’t seen.”

“The most memorable part of the hike was we were walking off trail in a meadow-type environment out at Curry Point, I guess it was, and Seth said, ‘Look, don’t look, I mean look down quick.’ There was a rattlesnake about two feet from my leg.”

Despite having hiked the area for years, this trip introduced Jim to aspects of Mount Diablo that were very new to him. He became involved with us first as a part of our stewardship team, monitoring and restoring Marsh Creek 1 starting in 2009. 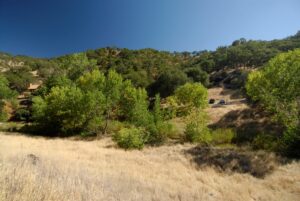 “Stewardship meant checking on the property pretty much once a month or more, making sure nobody is growing marijuana on the property, with making sure there aren’t cattle roaming the property, all that type of stuff, and just make sure the fences aren’t down. I took that on as my first, it was about 10 acres. . . . That’s how it started and then things just went on from there.”

His proudest achievement as a steward is the removal of an invasive plant, arundo, from the property’s creek. “It’s a very invasive species. I spent quite a few hours digging and using a pick just getting that out of the creek, and it hasn’t come back.”

To this day, stewardship continues to be a big part of Jim’s life. “I’m still the steward even though I’m Chairman of the Board. . . . this is 11 years I’ve been doing the same piece of property.”

Work as Chair of the Development Committee

Jim Felton with friends at Moonlight in 2019. Photo: Jessamyn Photography

Jim’s work didn’t stop at stewardship. He joined the Development Committee and began to help plan events and fundraise.

“We deal with sponsors, we deal with all kinds of donors, and we also help put on the events that would attract income like Moonlight on the Mountain. . . . without it, you don’t have an organization. You had to bring in the money.”

Jim and his wife, Bette, have been very important to the success of numerous events that we’ve hosted over the years, including Moonlight on the Mountain.

Jim became our Board President in 2020, when lockdowns and economic challenges restricted much of what people could do. “I wasn’t afraid of the duties, and I was really committed to what we’re trying to do.”

Despite the challenges of the time, he stepped up and helped us continue our momentum. 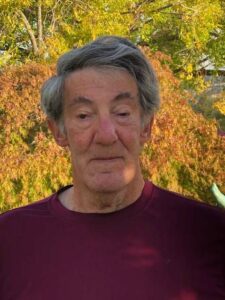 He led the Board in decision making that would significantly affect the future of Save Mount Diablo during an economically uncertain time. “I think the most important was should we apply for government money to help. We didn’t know what to expect, we didn’t even know [whether] people will be giving.”

In the past three years, we’ve undergone a lot of organizational changes in the scope of our land conservation and advocacy work.

“Mount Diablo is what we’ve been concentrating on for all these 40 years or more, but there’s a whole range of mountains from Mount Diablo south all the way to San Luis Obispo called the Diablo Range. . . . the whole range is connected, everything.

“If you think about whether it’s pumas or falcons or, whatever, badgers, they need this whole range, they don’t just need Mount Diablo. I think that was a major thing, and we did come to the conclusion that we are committed.”

Ultimately, the motivation for his work is to help future generations and ensure that the land can be enjoyed long after he’s gone.

“This land use, it’s not necessarily my problem in my lifetime, it’s my kid’s problem and their kid’s problem, and are we going to have places that people want to go and be outdoors and enjoy the wilderness right here in the Bay Area. I figure I’m doing my contribution to that, best I can.”

To learn more about Jim’s life and work, view his full oral history.