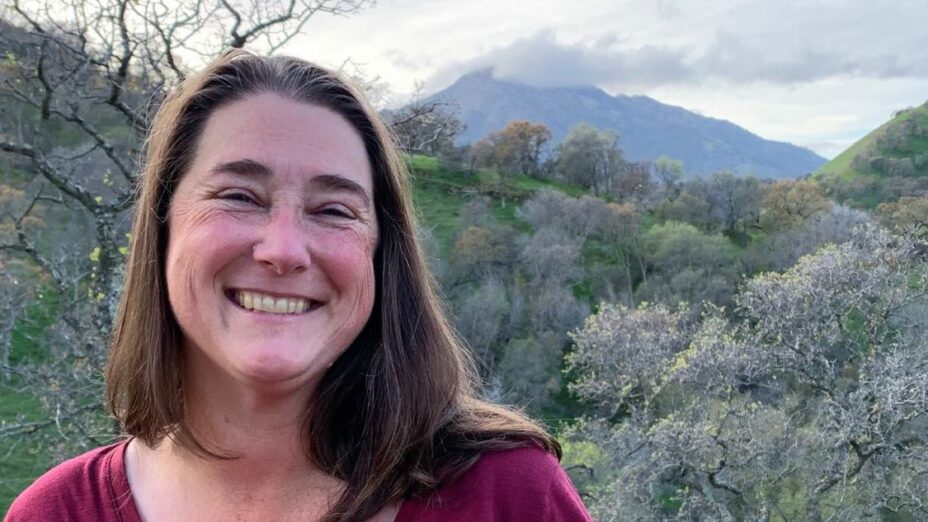 Abby Fateman wanted to change the world from a very young age. She is now, through her work at the East Contra Costa County Habitat Conservancy.

After spending her youth in Berkeley, Abby went to college at Wesleyan University. At the time she was focused on education, volunteering with a summer learning program in Oakland called the Partners Program. She planned to make an impact by educating children who had fewer opportunities than herself.

After graduating college, she interned at the Children’s Defense Fund in Washington DC, advocating for funding for Head Start programs.

She then joined AmeriCorps in its first real year and was sent to the Southeast Alaska Guidance Association for their leadership training program. There, she learned the ins and outs of becoming a crew supervisor.

“There was a strong community of people—I mean every day is an adventure in Alaska, you never know what’s going to happen. You end up living in houses, and you’re renting a house, but you don’t have a key to the house because nobody has had a key for the last ten years because it’s Juneau. The mailman opens the door and puts the mail inside because there are bears and you don’t want packages out front.”

This program in Alaska left Abby well-equipped for her next position as a crew supervisor at the East Bay Conservation Corps. The work ended up inspiring her to earn her master’s degree in natural resources.

“My master’s work was focused on—we called it citizen science at the time—I think there’s probably another name for it now—but basically public-resourced science.” She would bring her background in education to her new conservation career via citizen science and outreach work.

An associate from the conservation corps introduced her to her future supervisor, John Kopchik, during her time in grad school. She was hired to develop a citizen science program over the summer and ultimately got hired as a planner for the county after graduation. 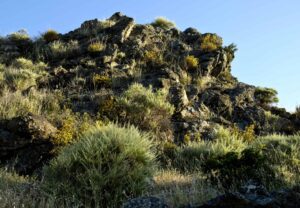 Viera–North Peak, a property that Save Mount Diablo has partnered with Abby Fateman and the East Contra Costa County Habitat Conservancy to protect. Photo by Scott Hein

“The plan has a conservation strategy, which is our science-based approach to mitigation, and we’re looking at it as a region. . . . we’re mitigating, we’re conserving land, we’re looking at species, we’re everywhere. We did have some keystone species that were I guess umbrella species really that we look at. If we save habitat for the San Joaquin kit fox, we’re also taking care of habitat for badgers and coyotes and mountain lions and bobcats. By protecting, you know, focusing on one species, you really take into account a whole range of species.”

Some of Abby’s first interactions with Save Mount Diablo were through her participation in the Watershed Forum and various committee meetings. Ron Brown, our former Executive Director, and Seth Adams, our Land Conservation Director, were active there too. Abby describes them both as “bulldogs.” 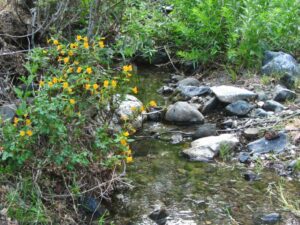 Studying watersheds is integral to her work.

“They are the first place to look at how do we answer questions about what we’re seeing,” she explains. “What we see [in Contra Costa] is that the open space or habitat lands are generally the upper watersheds and we people live generally in the lower part of the watersheds closer to the coast. . . . We can look at triggers in the upper watershed that affect whatever happens downstream.”

These watersheds are interconnected with Contra Costa County’s developed areas and habitats, each one winding into the hills, connecting the county, just as her work connects with ours.

Land Acquisition with Save Mount Diablo

In 2014, Abby became the Executive Director of the East Contra Costa County Habitat Conservancy, managing tens of millions of dollars, and overseeing the acquisition of properties that contain vital habitat corridors.

Her work involves looking at the big picture and beyond each individual parcel of land. “Connecting Los Vaqueros Reservoir to Round Valley to Black Diamond Mines and Mount Diablo State Park, that’s important. . . . not just for what’s on the specific landscape of those parcels but in how they function as part of a corridor.”

Save Mount Diablo has spent years working with Abby to acquire and protect habitats.

“Save Mount Diablo is a nonprofit organization that can move very quickly and they’re much more nimble than my agency or East Bay Regional Park District. We might have more money available in the longer term, but we can’t show up at a land auction and bid on something. We can’t, there’s no way that that could happen, but Save Mount Diablo can.”

Abby is also a fan of our BioBlitzes, often utilizing the information collected in her work. “BioBlitzes are great, and they collect good information. . . . they’re fun, and they’re a ton of work too for Save Mount Diablo, but I think it’s worth it because it engages a lot of people who wouldn’t always get to go out on these properties. It’s special to be able to go out on a property before it’s open to the public.”

“We know when we can tap each other’s superpower and use it,” she says of the working relationship between the organizations, “I think that separates us from other regions, it really does.”

“Those are the same golden eagles that fly through those areas, the same mountain lions that try to move through gaps underneath 580. . . . We share them; we share them with other people.”

She understands that her work has an impact statewide. Preserving habitat connections and connecting Mount Diablo with the rest of the Diablo Range is a major goal that the East Contra Costa County Habitat Conservancy shares with Save Mount Diablo.

Though she’s created a legacy to be proud of, Abby emphasizes the fact that much more work needs to be done and that she will be there to do it.

“We haven’t finished that goal of saving Mount Diablo, of saving the mountain, but gosh, we’re so much closer than we were 50 years ago when all this started, it’s kind of amazing.” 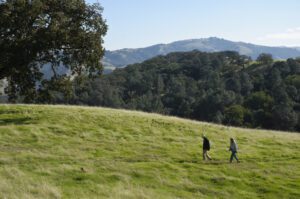 To read more about Abigail’s life and work, view her full oral history.

Top photo courtesy of Abigail Fateman and The Bancroft Library