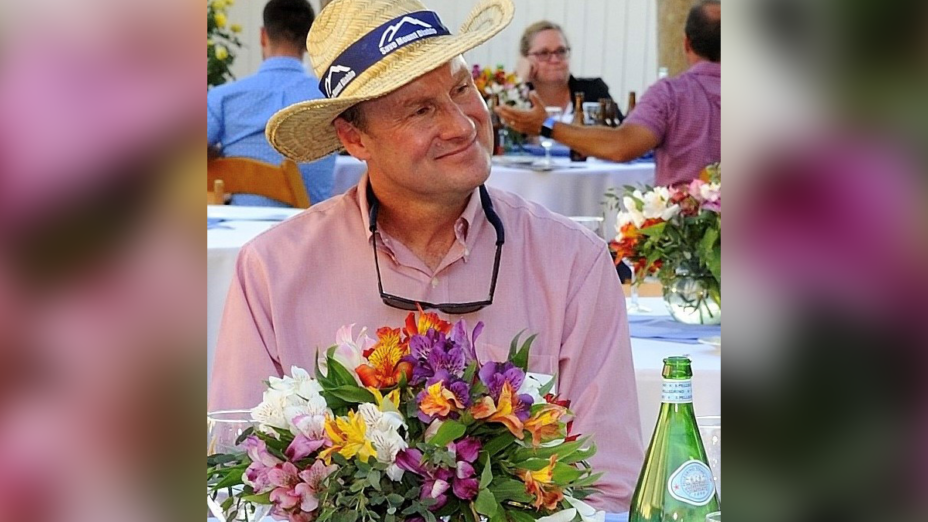 “He works harder than anybody in the organization,” Land Conservation Director Seth Adam said. “He gets up at 4:00 in the morning, is here by 6:00 or 6:30, works all day, he goes to more committee meetings than anybody.”

“He hit the ground running, and I think he’s still sprinting,” chuckled previous President and current Board member Scott Hein.

Ted has a vast background in conservation and nature education, all of which he ties into his current leadership. 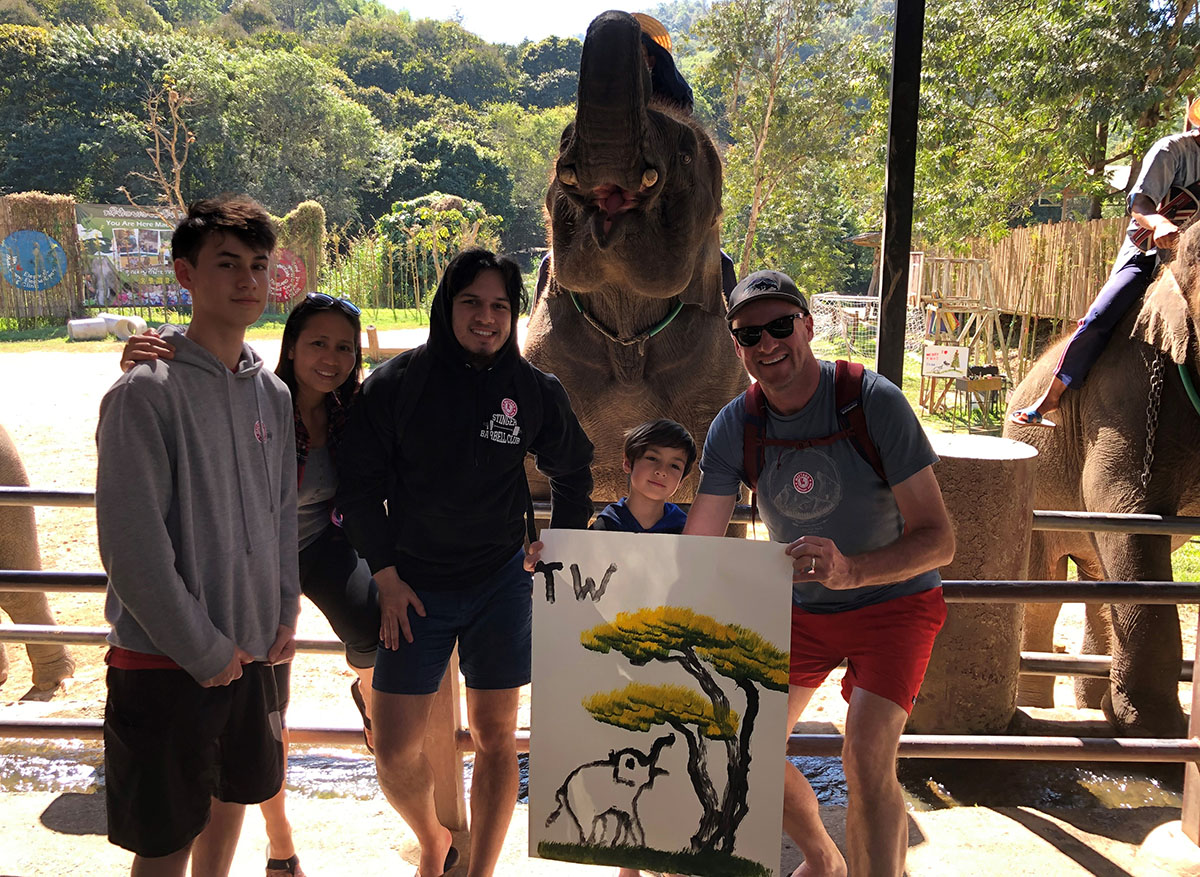 Clement family in Thailand in 2019

Back to Nature: Growing up in Vermont

For his entire life, Ted has had a deep passion for nature. He grew up in Vermont; some of his earliest memories include camping in the Green Mountains and visiting farms to watch baby calves being born.

Always one to get outside, Ted and some friends formed the “Breakfast Club” in college. Early in the morning, they would hike up to the top of nearby mountains to see the sunrise and eat their breakfast. Afterwards they would need to run down so they could make their 9 AM classes. 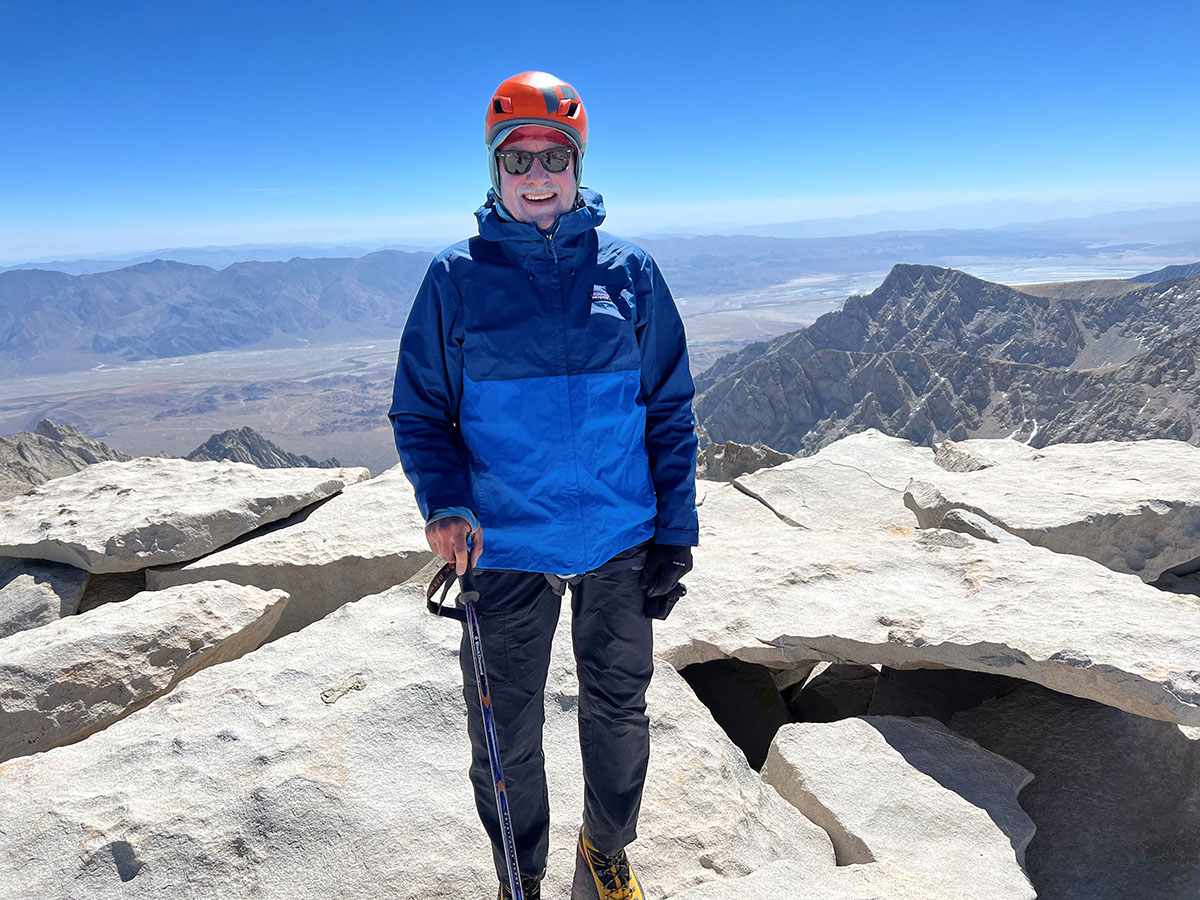 Ted Clement on the summit of Mount Whitney in 2022

After college, Ted began teaching for Outward Bound where he saw firsthand the transformative power of getting students into nature. After doing that a few years, he then applied for the Peace Corps. He was accepted and sent to a national park in Thailand, Ramkhamhaeng National Park, where he was met with an unfamiliar approach to land conservation. 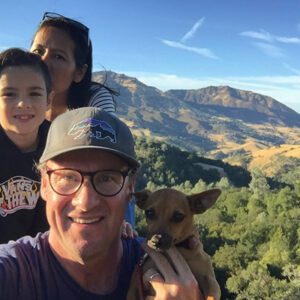 Ted Clement with his family

“The rangers patrolled with weapons, and a lot of old M16 rifles left over from the Vietnam War, and it was a very different approach to national resource protection. It was sort of, yeah, a shock and awe, strong arm of the law approach to protecting natural resources. And it was so alien to me, and I knew it was not right.”

The heavy law enforcement warded off the nearby community. The park felt like a place where they were supposed to be but didn’t want to, although the community valued the land. Ted sought to make the park feel like a friendlier place for youth.

The plan was to develop a program similar to Outward Bound, taking young people and schools out to the park. “I remember when I brought it up with some of the other park rangers,” he recalled. “It was a pretty macho group—they laughed at it. They thought it was something frilly, something childish. They needed to be out on patrol, busting poachers and all of this kind of stuff.”

However, once these young single park rangers learned that the schoolteachers were mostly young single women, they got on board with Ted’s plan, taking schools out into the park.

In contrast to the enforcement approach to conservation that Ted initially encountered in Thailand, he later learned profound conservation lessons from Thai Buddhist monks and earth-centered hilltribe people who he closely interacted with.

A Career in Land Conservation

After the Peace Corps, Ted returned to the United States with his new wife Boonsuay, and decided to further his conservation career by going to law school. It was a busy time.

While attending classes, he held two jobs, working at the Vermont Land Trust and a mountain shop store. His first child was also born during his first year in law school.

After graduating from law school, Ted began working at the Aquidneck Land Trust in 2000, starting as its Land Protection Director. By 2005 he became the Executive Director, holding that position until the end of 2012 when he was recruited for another job.

From 2013 to 2015, he worked as the Executive Director with the Hawaiian Islands Land Trust. He also taught a course at the Richardson School of Law at the University of Hawaii about land conservation. He learned more deep conservation lessons from a number of his Hawaiian colleagues.

Near the end of 2015, Ted was recruited to become the Executive Director at Save Mount Diablo.

Lessons in Conservation: Addressing the Climate Crisis through Education 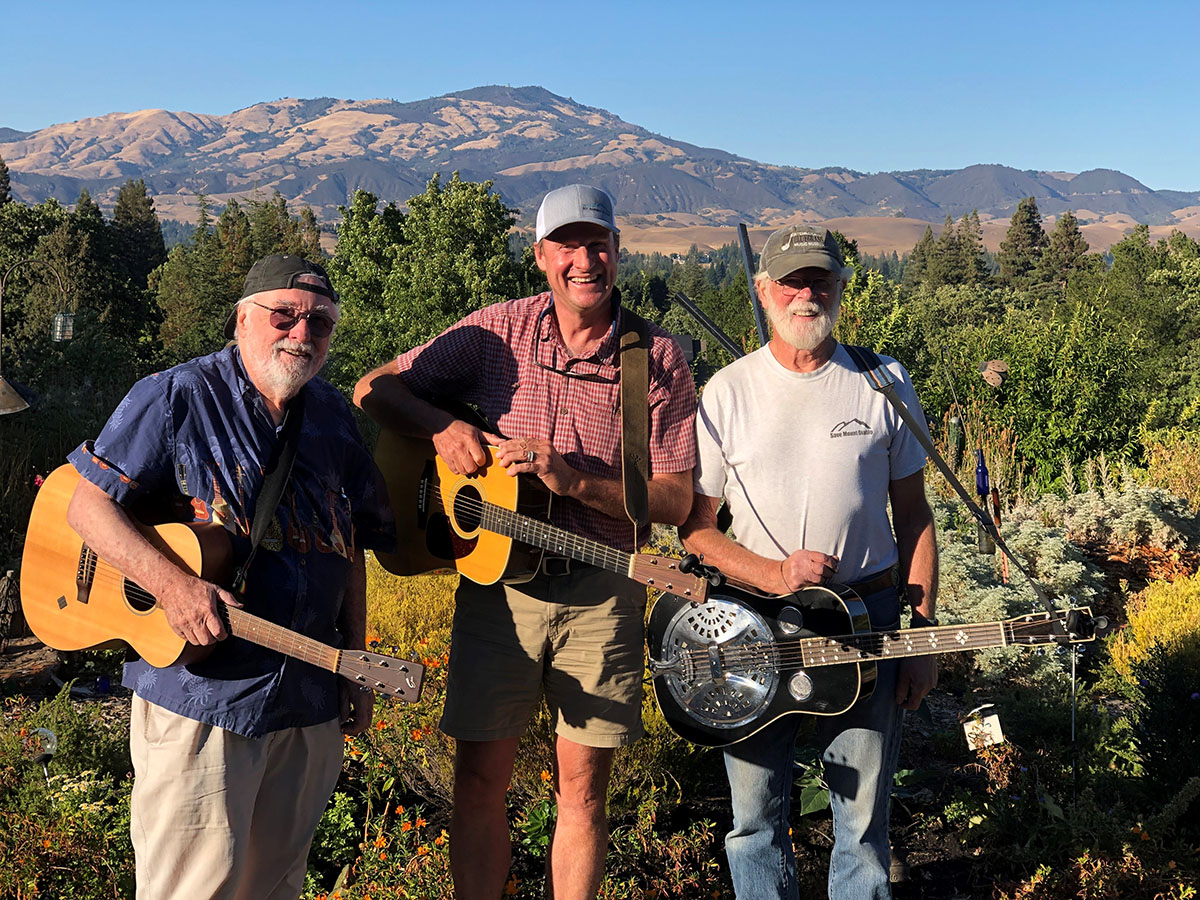 Ted Clement with some members of Save Mount Diablo’s band, Blue-Eyed Grass

“The climate crisis, from my perspective, is a materialization of our very poor relationship with nature,” Ted says.

“It’s that poor relationship materializing in devastating ways right in front of us. And if we don’t get to this underlying disconnect between people and nature, we will continue to be unable to solve the climate crisis.”

Addressing the climate crisis has been one of Ted’s main priorities since joining Save Mount Diablo. He was a major force behind our creation of our Climate Action Plan.

The plan outlines many ways that Save Mount Diablo can reduce its carbon emissions. It also describes ways in which we can sequester carbon from the atmosphere, such as protecting land and planting trees.

However, compared to other organizations, Save Mount Diablo’s Climate Action Plan touches on many elements that others may see as unusual. 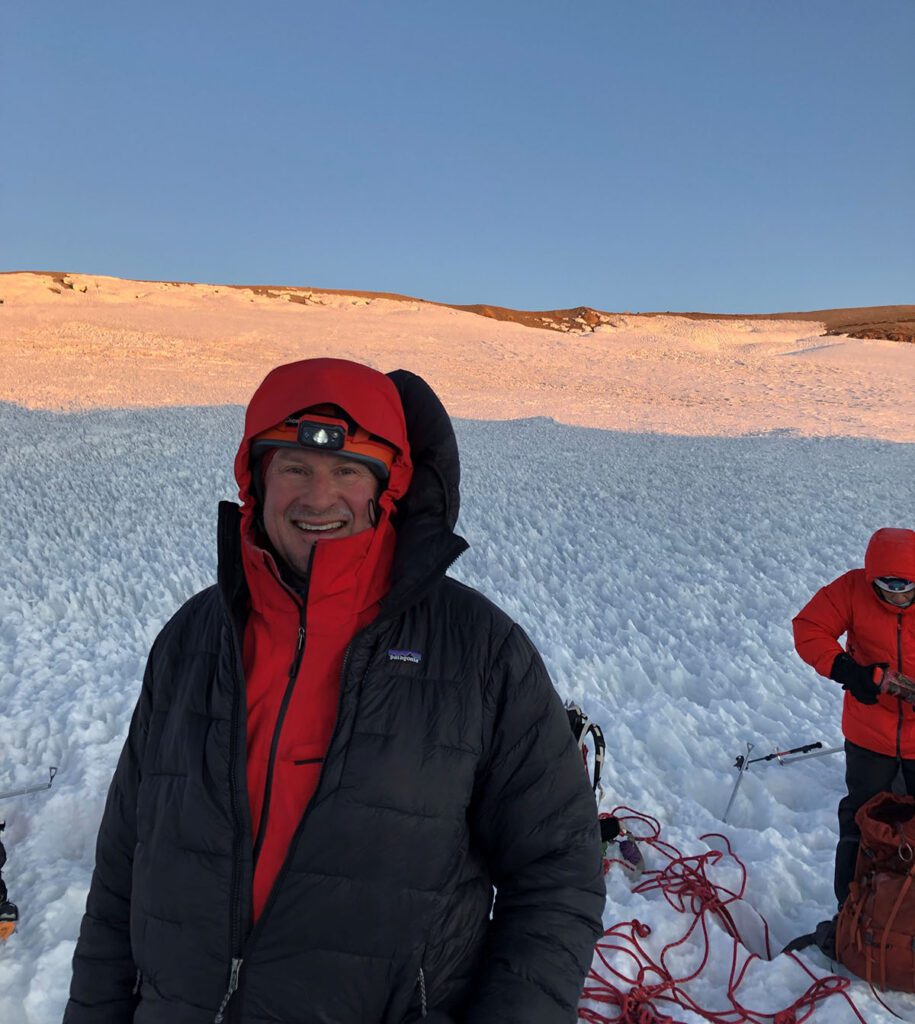 Ted Clement on the summit of Mount Rainier in 2021

“So the education chapter in our Climate Action Plan,” Ted describes, “lays out a connect, educate, serve, and diversify philosophy for doing this: Provide experiences that help people meaningfully and directly connect with nature.”

He details some of the many ways that Save Mount Diablo is helping get people outdoors:

“Once people fall in love with something, that direct relationship, you then want to educate them about how to take care of that thing that they now love, and they’re going to be more open to learning about it once they have that loving relationship.”

Teamwork and Gratitude in Conservation

“One of the big reasons why I think teamwork is especially important in land
conservation,” Ted says “[is that] we make a promise to protect lands in perpetuity, and perpetuity is a long time. So you know, one individual’s not going to cut it. I might drive home tonight, I could have a tragic accident, and it’s done.

“You know, so you have to build up a team, and a strong team that’s been given the opportunity to grow and step up, to help carry that torch forward. So I think in land conservation, because we’re accepting things like permanent conservation easements and making that promise to our communities, our supporters that we’re going to protect these lands in perpetuity, well then if you’re serious about that, you have to be serious about developing a team.”

In Ted’s leadership and teamwork, he is known for his contagious gratitude and devotion to his team. When COVID began, and people were getting laid off across the country, Ted made it clear that his immediate goal was to keep all staff positions. 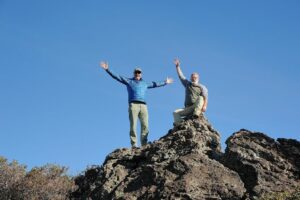 When Ted first joined, Seth remarked that Ted’s “initial focus was immediate—was really clearly about family and about team, and he really functions on that level. His watch words are compassion and gratitude, and he took an organization that had been dealing with growing pains and all kinds of difficult issues and made it a place where you want to come to work every day. It was the light that the end of the tunnel, it was a game changer, and it was where Save Mount Diablo matured to the next level of professionalism.”

To read more about Ted’s life and work, view his full oral history.