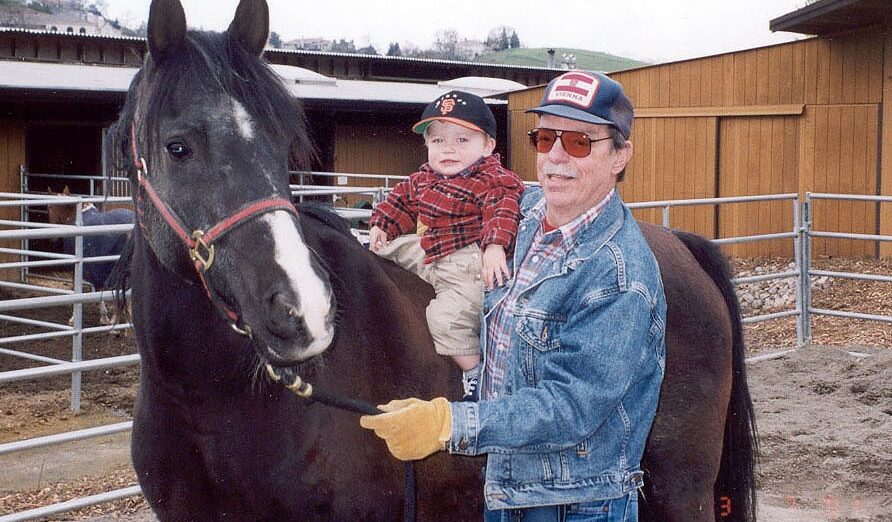 Imagine having the freedom to wake up, get on a horse, and be able to set off into the mountains, riding through streams and rivers, and escape from the city. For current Board member Burt Bassler, this was a dream for much of his life. 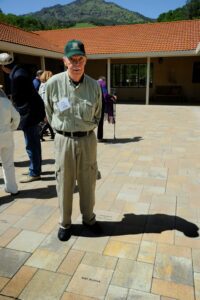 Burt grew up in the inner city of Chicago during the 1930s and 1940s, following the wake of the Great Depression.

His mother never went to high school, and his father, a painter and wallpaper hanger, had to drop out after the first semester.

Both needed to work to support their families. Still, they managed to travel occasionally.

One of Burt’s more notable childhood memories was spending a week in Montana at a working horse ranch, where he spent every day out riding.

By 1953, Burt had applied to the University of Illinois, and was the first of his extended family to go to college.

He studied business administration, and then started a career in human resourcing, working with companies like Exxon Research and Engineering, and Eastern Airlines.

From One Traffic Light to a Population Boom

In 1977, Burt had a house built and moved to Danville. “I don’t want to call it a cow town,” Burt said, “but, I mean, it was still a lot of ranches here or nearby.” This was before major development, and the town looked drastically different.

He even remembers seeing one bumper sticker saying, “Where the Hell is Danville?”

In Danville, amid the oak woodlands and grasslands, he leased a horse from Bob Marx at Summit Ranch. He was able to fulfill his dream, and take his horse out riding through the mountain. However, things quickly began to change.

“I can remember one morning I was getting ready to go to work,” he recalls,” and I heard this sort of loud rumbling outside. And I went out in the backyard, and, you know, not right next door, but maybe a block away, there was a big bulldozer and it was clear that they were going to start building homes there.”

The quiet solitude and the plentiful open space surrounding Danville he cherished was quickly coming to an end. 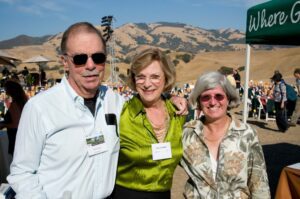 Burt has filled many roles at Save Mount Diablo throughout his more than 20 years of service. He’s been the steward of one of our properties, and served on the Development, Stewardship, Finance, Executive, and Governance Committees.

For many years, he’s been the organization’s Treasurer and Finance Committee Chair. Throughout the years, his proudest accomplishment has been raising funds during the 2008 stock market crash.

In 2006, Burt designed and implemented an investing program. At the time, Save Mount Diablo wasn’t investing any money.

At first, Burt’s program was going well; the investments were making a healthy return and the organization decided to put even more money into the program right before 2008.

Once the market crashed, tensions were high. As global financial systems collapsed, nobody knew which way the market would go, if it would further drop or make a comeback.

Although this was bad for the investment program and Save Mount Diablo’s funds, a new opportunity presented itself: land was becoming cheaper to buy.

Properties that the organization had been looking at for years were being put up for sale at affordable prices.

A dilemma faced itself: should the organization pull the money out of the market, accepting the loss of capital, so that they would have immediate funds to buy property? Or should they let it sit in hopes that the market would rebound?

The Board president at the time advocated pulling the funds out for land purchases. Burt felt otherwise. He stuck his neck out, swaying the Board to ride the market out, and won the Board’s approval.

After the recession, they entered a bull market, and started making returns on their investments. The gains from this decision have helped Save Mount Diablo pay operating expenses, retire debt, and buy properties. 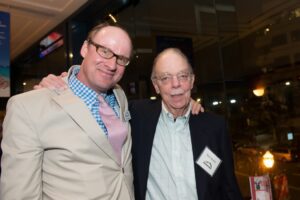 The Future of Save Mount Diablo

He thinks the organization’s current course means it’ll keep getting financially stronger, have a larger donor base, and continue to maintain a strong staff and Board. This way, when challenges come, Save Mount Diablo can combat them.

As problems like climate change become increasingly clear, there is a real necessity for Save Mount Diablo, Burt believes. Land preservation is important to mitigate climate change.

“We’re not going to outlast our usefulness,” he says, “I really think the challenges are going to continue, and I think we’re going to—we will be able to meet them.”